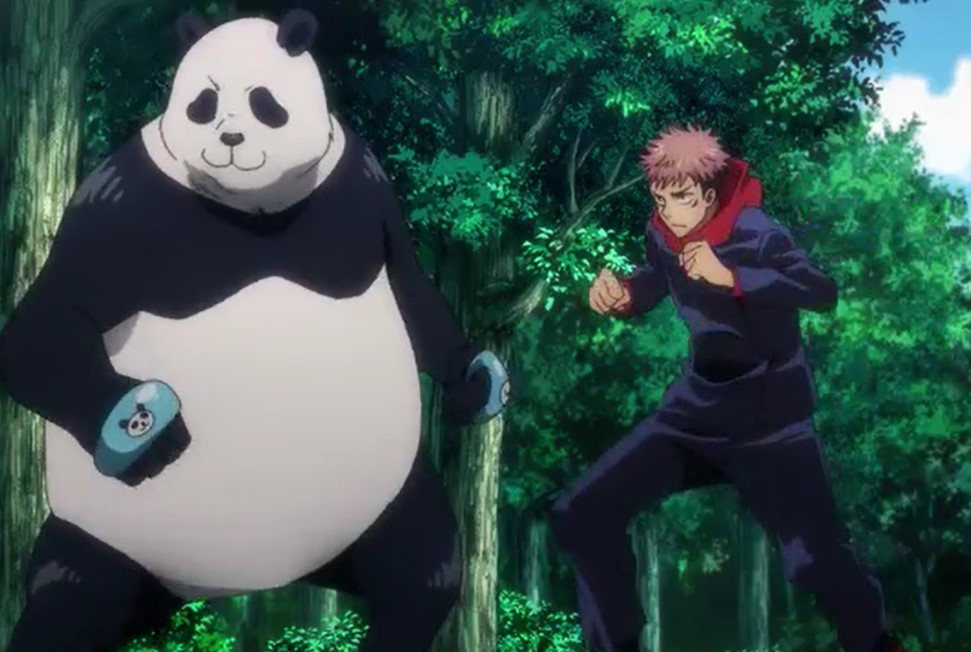 The Wacky Cursed Spirit Exorxcism Race is about to begin. It has been revealed that the first team to exorcise most of the second grade cursed spirit released in the designated area wins. Kyoto team is planning to destroy Yuuji since they think he does deserve to be in Jijutsu Tech. Satoru asks Lori to share a few words with the students before the group battle begins. Lori said that degree of injury would be unavoidable, and they must help each other.

The students are in the woods, and Satoru announces for the group battle to begin. All groups started to advance deep in the woods. Yuuji asks Pands where the cursed spirit boss is. Panda replies that it was probably unleashed halfway between both schools, but it’s not just going to sit still. Maki comments that they will split up into the Megumi squad and the Panda for scouting. After that, they will be counting on Yuuji, and they encountered the first cursed spirit.

Jujutsu Kaisen Episode 16 will be released on Saturday, 30 January 2021, at 1:25 AM JST. Note that this Anime will release its new episode every Saturday. It will be on Friday for some countries, and we advise you to change your local time. Watch this Anime officially on Crunchyroll and Netflix. Watch out for the spoilers of the next episode. Let us take a look at the recent updates below. 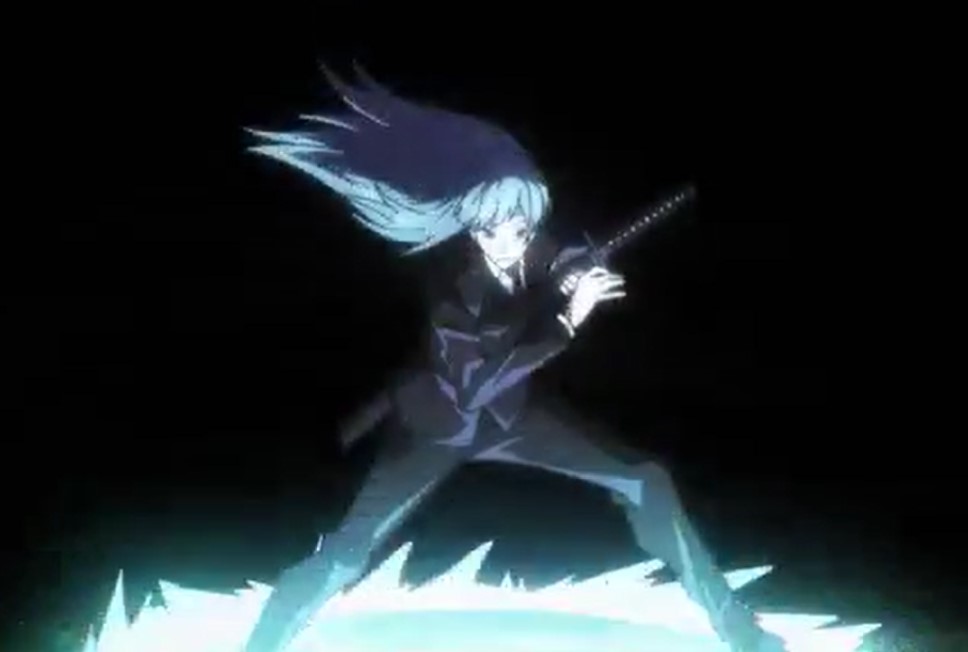 Toudou outsmarts them before they could take down that cursed spirit, and he takes it down with a single uppercut. Toudou told them that he could battle him at once, and Yuuji took care of him and blended a flying knee on his forehead. Megumi, Panda, Maki, and Nabara advanced and left Yuuji behind. Maki comments that it is Yuuji’s duty to handle problems like that. Nabara said she knew that Toudou was a monster, and Panda comments that they could ignore him.

Back at Yuuji, Todou survived the flying knee, and the intense battle started. Before the group battle started, Maki reveals that Toudou will be the first one who will want to crush them. Mai might follow behind him to come after Maki, and they might get wiped out if they all face Todou at once. The plan is to leave one person to deal with Todou; it may be either Panda or Megumi to care for Todou. Maki change her mind after realizing that Yuuji can get the job done well.

Maki orders Yuuji that he will take care of monster-like Todou. They don’t want to lose anyone who can scout out their enemies. Maki said that Yuuji does not have to beat Todou. He has to hold Toudou as long as possible and buy them some time. Panda apologizes to Megumi that he won’t face Todou and get his revenge. In the last battle, Megumi was defeated, and he wanted to make Todou pay for beating him. When he wanted to fight back, Panda stopped the battle.

Megumi replies that he has no problem with it since they must stick to the plan. Yuji promises that it is not just about buying them some time he is going to win. Back to the present, Yuuji sent Todou flying. Todou complements Yuuji that he has nice speed and he will return the favor. Todou unleashes a powerful blow that sends him backward while cutting trees behind him with his back. When he bangs with the tree, he thought that his arm was destroyed. 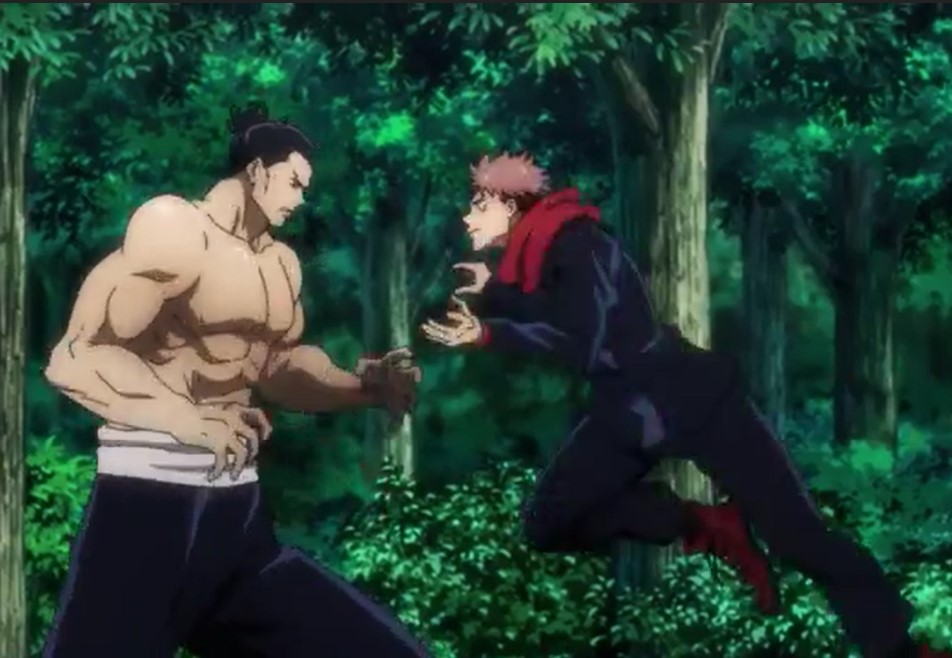 Todou followed with a dropkick and started stomping Yuuji’s face. Todou beats Yuuji until the blood spread worldwide and when he wanted to land the powerful left hook. He stopped thinking that Yuji is unconscious, and he pumps his chest while showing off his muscles. Toudou turned around and said which target he will pursue now. Yuuji gets up and asks Toudou if he thinks he can just beat him like that and flee. Todou said he only has one question for Yuuji.

He asks Yuuji what kind of woman he prefers, and Yuuji said a tall one with a big butt. Just like Jennifer Lawrence and it touched Todou heart since they have one thing in common. Toudou realizes when he was still attending school with Yuuji, and he got reject by the one he loves. Back to the battle, Mai joined the fight and started firing bullets at Yuuji. Kasumi attacks with New Shadow Style Simple Domain but Yuuji manage to dodge it.

Yuuji saw all members of Kyoto surrounding him and wonders why. He realizes that they want to kill him. Toudou told them to leave Yuuji to him, or he will kill them all, and they did as he says. Later Megumi clashes with Kamo and asks him why he wants Yuuji to be executed. Panda told them that it seems as if principal Gakuganji has ordered for Yuuji to be killed. Kamo flees, and Maki said they are returning to make sure that Yuji is safe. Yuuji and Tadou continue their battle.

Take a look at the build-up of group battle here: Jujutsu Kaisen Episode 15. That was all about the latest updates of the upcoming episode of Jujutsu Kaisen. See you next Saturday when the new episode hits.