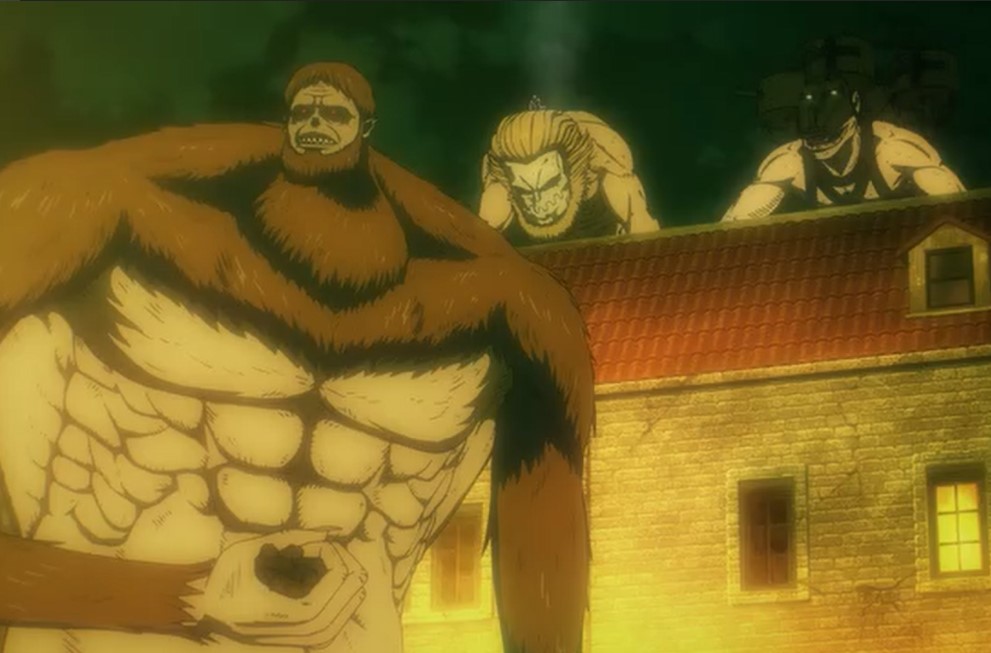 Eren has survived a final blow from Warhammer Titan, and he manages to take her down. Colt showed up in his Titan form and started to clash with Eren, and he manages to climb on top of him. Mikasa notice that Eren is losing But a mysterious guy shows up and save Eren. Colt fell on his back and started asking himself who that guy is. Colt is wondering that a bunch of regular humans is taking down a Titan like him.

They are charging at him with an intent to kill, and he finds that they are the demons of Paradis Island. The one leading the demons is Ackerman. He wanted to finish Colt with a single blow. Colt got helped by other soldiers. They started firing bullets at the demons. The soldiers took them one by one. The demons decide to back down, and the Cart Titan joins the battle. Piek is glad that she made it in time. She is the one inside the Cart Titan.

Attack on Titan Season 4 Episode 8 will be released on Monday, 1 February 2021, at 12:10 AM JST. Make sure to convert the time to get the latest episode as soon as it is released. Visit this Anime’s website at shingeki. Tv. Enjoy watching this Anime on Crunchyroll, AnimeLab, Funimation, and Netflix. Let us find what the updates have to offer below. 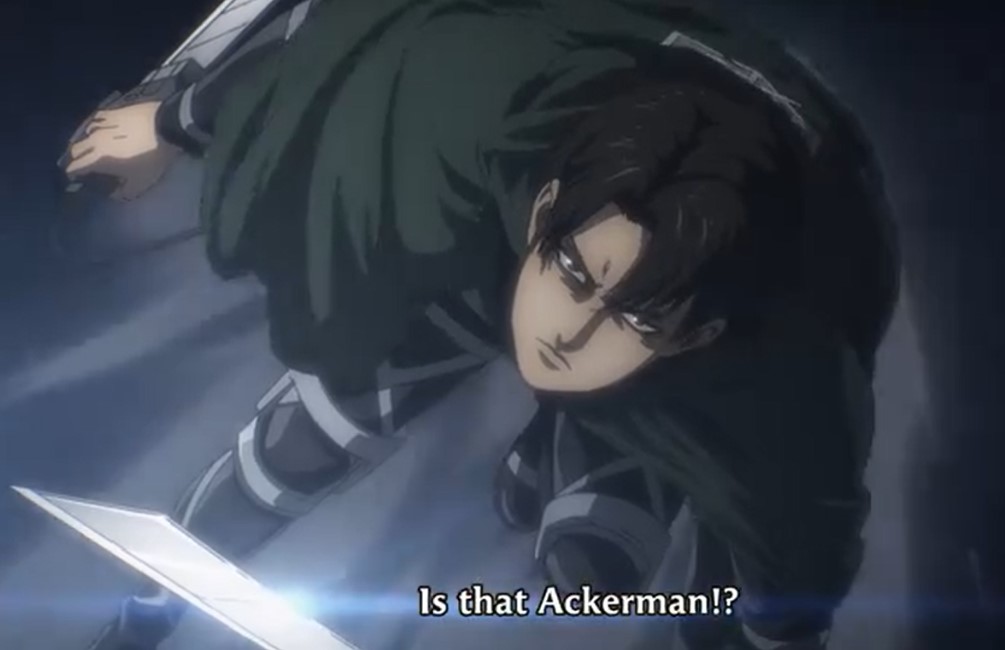 Pieck comments that her machine gun armaments are the 3D maneuver gear’s worst nightmare. A single bullet is capable of wiping out the enemy. Eren can’t believe what he sees. To his surprise, the Warhammer Titan gets up and attacks him. The Beast Titan appears behind Ackerman. He commented that they must not allow any enemy to escape. Ackerman told Eren not to die, and Gabi is on her way, saying that she will kill Eren.

The demons of Paradis Island decide to stand firm on their feet to protect their boss. Falco lands on the ground, and he can’t believe that he is fighting with Krugger. He corrects himself that it is not Kruggerit is Eren Jaegar. Falco remembers when Eren started rampaging. He realizes that Braun was the one who saved him. He enters inside Braun’s Titan looking for Braun. Falco finds that Braun is unconscious, and his Titan power is regenerating his body.

Falco thinks that if Braun has a desire to live, he will wake up soon. He then realizes that Braun had bowed in front of Eren earlier before the battle. Falco started wondering why Braun was asking Eren to kill him. Falco said that he, Gabi, and others are on Braun’s side. The fierce battle continues outside as Falco vows that he will help Braun get back. Eren clashes with Warhammer Titan and realizes that she is out of her strength.

Porky thinks that Eren still has strength and Cart Titian said they had the upper hand. The enemy has been cornered from the start. The Marleyan army has surrounded the internment zone by now. They are blocking the enemy’s escape lines. The enemies have no extra weapons or fuel since their supply line has been cut. They are trapped like rats in the middle of enemy territory with no supply lines. Cart Titan also reveals that the Paradis Islands have no workforce to wager war with Marley in the first place. 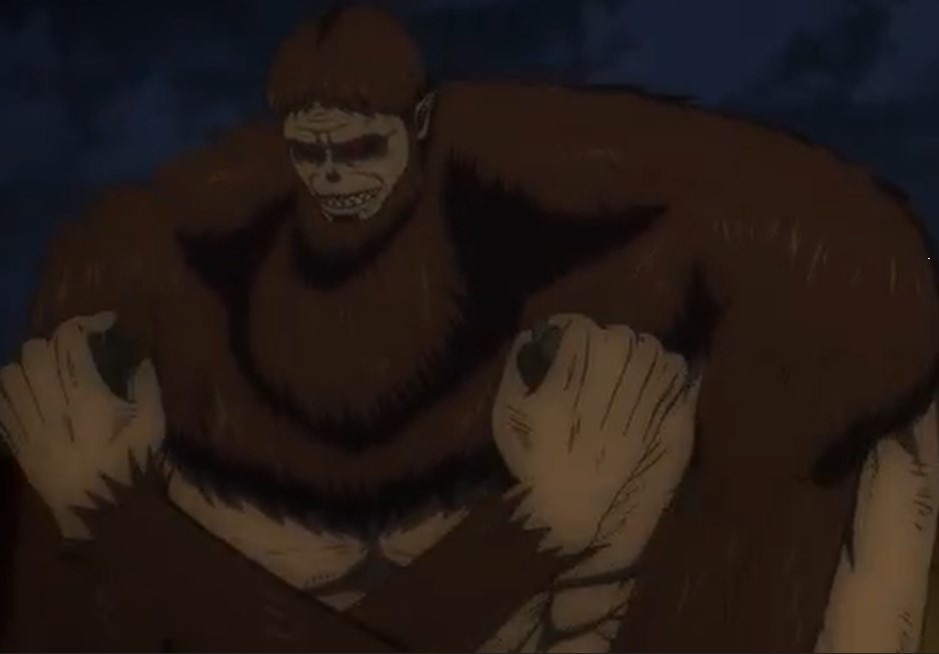 Porky comments that is why they have to take down the Founder, and they will lose their trump card. Cart replies that they only have to worry about protecting the Chief from Ackerman. Chief comments that he knew Cart Titan would catch on, and he squeezes his muscle and unleashed a powerful attack. The attack sent the enemies flying, and Chief said Eren Jaeger has no match for him. Chief said he would start to deal with Acker man. Falco met with Magath. Magath is worried, and he wants to know if Falco safe.

Magath told Falco that they should leave this place, and Falco reveals that Braun is at the plaza’s back. Bruan cannot move. He is stuck to the ground. Falco blames himself since Braun was protecting him. Magath asks who is responsible for Braun’s condition. Falco said it is Eren Jaeger. Gabi also arrives at the scene at the port the soldiers are preparing to go to the Liberio internment zone. One of the demons arrived and started to blow everything at the battlefield; they just saw an explosion.

Cart Titan thinks Colossal Titan’s doing, and they ate Berto and took his Titan. The explosion reached the battlefield, and Magath and other soldiers also joined the battle. The demons cut porky’s legs off. Eren started to dominate the battle. Eren has managed to eat Warhammer Titan, and Gabi, with Falco, witnessed it. Gabi yells for Braun to wake up before Mr. Gallards is eaten. Braun shows up behind Eren before he ate another Titan and told him to let him die in peace.

Find more about the battle between Marlyeans and the Paradis Island demons here: Attack on Titan Season 4 Episode 7. Make sure to stay with us for more updates.