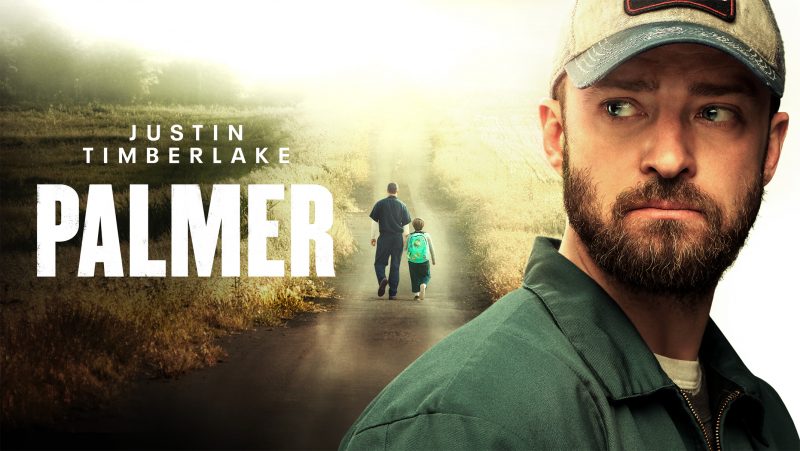 What will happen if a person comes back to society from a long exile? How would people react? Are they going to behave the same way? Is society going to accept that person? So many questions! All these issues are raised in the movie Palmer. The movie, which was released on 29th January 2021, starring Justin Timberlake as Palmer. Justin Timberlake lastly worked in the Trolls World Tour. Before that, his appearance was somehow reduced in movies.

The movie covers the story of a man, Palmer, who returns from his past dark life after spending 12 years of his life in jail. Palmer was a high school football star and was accused of robbery and assault charges and spend 12 years in jail. To rebuild his life and change his dark past to a bright life, he returned to his hometown, Louisiana. Further in the story, he bonds with a guy named Sam, who comes from a troubled family.  They made a father-son bond. He also announced that he was working on a new album. After a long time, it was great for him to work as the lead in a movie. But here we have everything you need to know about Palmer.

Palmer: The Plot Of The Movie:

It has a similar plot to the 2013 movie named Joe, starring Nicolas Cage. In not the movies, the center is the struggle of an ex-con, being subjected to societal indifference due to their pasts. However, Palmer’s life changes when he meets up with a young boy and begins to develop a father-son kind of bond. During which his past comes in his way, and the story reflects a relationship born out of people’s sad behavior towards them and the misery they had to go through.

Eddie Palmer (Justin Timberlake), a former high school football star, becomes a convicted felon. Due to this, he had to be in prison for 12 years. Eddie lost his mother at a young age. His father also left him during his college years. It happens when a person gets backs from the penitentiary or criminal justice system the outside world becomes bittersweet for them. The relationship that they used to have gets to an end. What happens with Palmer is similar.

People talk behind the back. They show him as if they care, but in the end, they never treat him like a normal person. Old relations haunt rather comforting him. Palmer returns home to Louisiana and lives with Vivian, who is his grandmother and raised him. His past glories always haunt him, and the small community around him always stared at him with suspicion. He goes on to connect with old friends even with the conditions that he has to face.

Their neighbor Shelly and her son Sam also become a part of his life. Soon, Shelly leaves home without any word. She was an addict and left behind her son. After which, Sam shifts as a roommate of Palmer to Vivian’s home. Palmer was reluctant to it but had no other option at that moment after the disappearance of Shelly. Palmer notices Sam’s fascination with fairy tales and princesses, which was definitely not a thing to the tough guy.

It did not understand a thing about Sam’s fascination. Sam being a different kind from the rest, has to face the consequences. He always was a subject to bullying. In the meantime, Palmer becomes close to Sam. So he starts to fight those who bully Sam. Whoever comes in the way has to face him. They both share the same feelings as they had been different from the normal. The story moves forward when Palmer meets Sam’s teacher Maggie, with whom he goes on to have a romantic relationship. The three of them together face further situations in their lives. An inspiring story that talks about the past of a prisoner who faces the world.

In a turn of events, one day, Sam comes home crying after he got beat up by some of his classmates’ fathers for looking different and wearing makeup. Palmer gets to know about the incident and beats one of the guys in a bar. After this incident, Shelly returns to get back Sam, but he is then taken by Child Protective Services. Palmer tries to get him back but is denied due to his past jail and parole status. Shelly takes his guardianship and takes Sam and lives with her boyfriend.

Her boyfriend was an abusive person. In another incident, Sam gets in trouble, this time, it was Shelly’s boyfriend, to which Eddie comes to his rescue and takes him to his home. However, Shelly denies pressing charges against him. Instead, she gives guardianship to Eddie Palmer.

Fisher Stevens, in his directorial perspective, never takes deep into the emotions of the lead character while moves around him and creates a beautiful drama, a melancholic story that invokes warmth. The screenplay first came into existence in 2016 Black List. Justin Timberlake joined the cast as Eddie Palmer. It was written by Cheryl Guerriero. In October 2019, Alisha Wainwright was cast as Maggie Hayes, Sam’s teacher. Ryder Allen as Sam in the following month. June Squibb as Vivian Palmer, Eddie’s grandmother, and guardian.

Palmer: is it worth it?

The movie was loved by people around the world. According to Rotten Tomatoes, 73% of 62 critics gave the film a positive review. On the other hand, IMDb ratings are 6.2 out of 10. Justin Timberlake as Palmer has exceptional performance, and Sam’s character was definitely loved by people. In dense scenes where he was shown wearing makeup or playing with his dolls or his princess fascination was of great interest and provoked thoughts. Overall, Palmer is a good watch.

The film was also criticized by some critics, but it surely is a one-time watch. Fans have appreciated Justin Timberlake for his marvelous performance in this film. He has played a very great role in this movie after his blockbuster hit ” The Social Network”.

MUST-READ: Here’s What You Need To Know About the Upcoming Master 2021 Film.