It’s the moment to talk about Roswell New Mexico Season 4 Episode 6. This CW science fiction thriller is right in the middle of the season. After taking a week off for the Fourth of July, the fifth episode of season four of Roswell, New Mexico on The CW finds Max (Nathan Dean) confronting Tezca, who is still dressed as Cam, close to Jones’ stolen body.

Tezca confirms that Jones used the Lockhart machine to send a message and that initially, the idea was for them to come to Earth and complete what Jones started. Plans have since changed, and she now wants to prepare Max for his future. 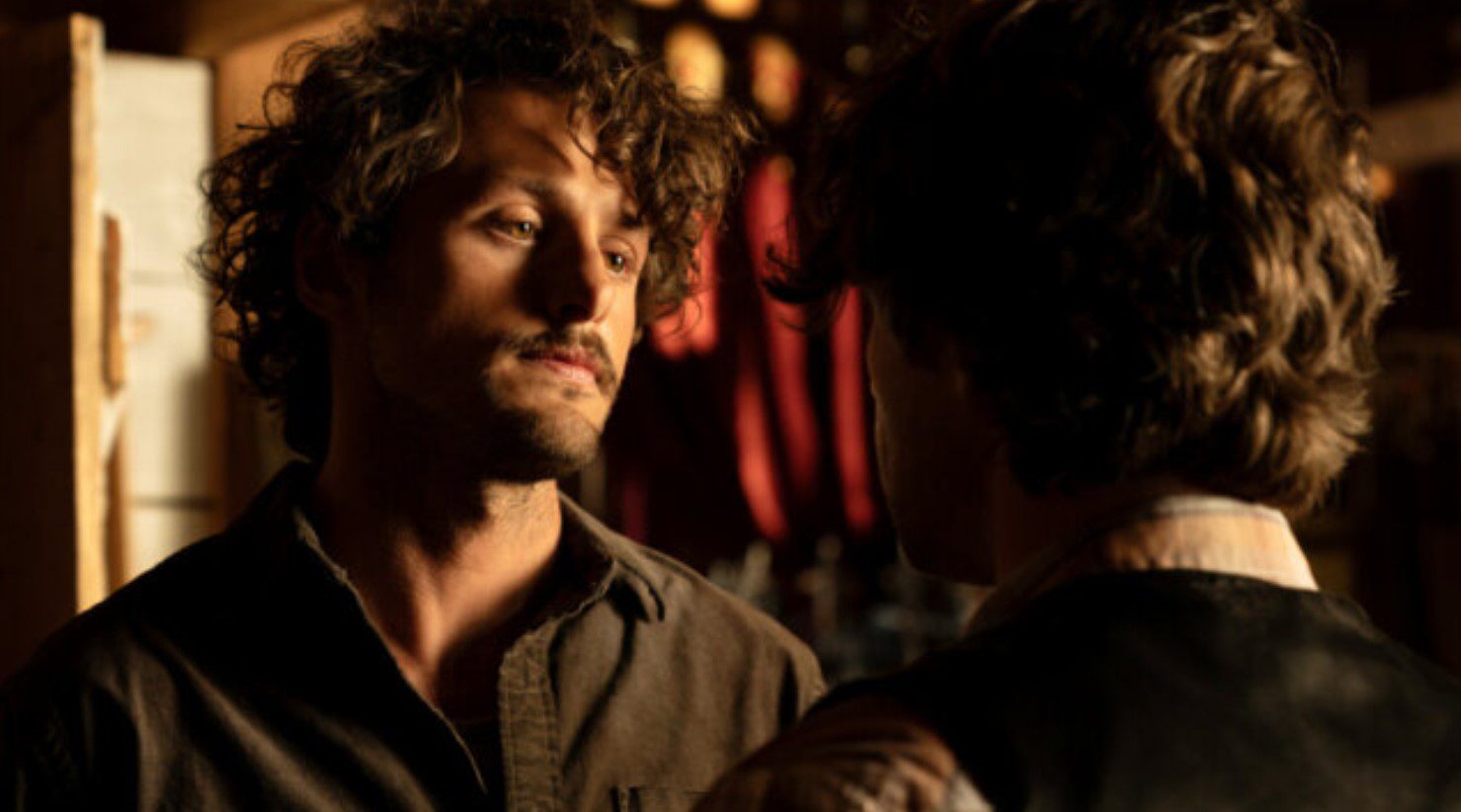 The PodSquad has gathered, including Cam (Riley Voelkel), who is recovering from being knocked out by Tezca, when Max finally returns home the following morning. They learn about Max’s encounter with Tezca and how she startled him by setting Jones’ body on fire. He has no idea what’s going on or the new triad’s plans, but after healing Tezca and thinking she was Cam, he is now linked to her through his handprint. While Liz (Jeanine Mason) wants to break off the relationship, Max reassures her that Tezca doesn’t intend to murder him. Max and Michael (Michael Vlamis) will set out to look for Eduardo, and Liz will focus on getting the alien DNA out of Cam’s system.

And now, in Mexico, we catch up with Kyle (Michael Trevino), who is suddenly interrupted before severing Tezca’s pod by Isobel (Lily Cowles). While working on Tezca’s pod, Kyle says she can wait to try a little of his family’s tequila. (Isobel and Kyle are unaware of Max’s Tezca encounter because they were not present at the morning’s PodSquad meeting.) Kyle gets to the point and inquires why Isobel is there after they have finished operating on the pod. Isobel acknowledges that she tried to be honest, but Anatsa didn’t want to hear her. Isobel smiles through the pain, “Instead of telling her the truth, I just drove the only good relationship I’ve ever had right off a cliff.”

To get her bearings, Isobel needed to leave town. She says, “It’s a relief to be around him,” and Kyle stumbles through his response, unable to express his true feelings. Isobel investigates and discovers that Kyle’s family is the owners of this location, Xitlali. They discovered in a journal that other objects had fallen from the sky when Isobel’s family crashed. All the paranormal relics were gathered and stored in Xitlali. Kyle’s family would guard the items until the Sky Gods came for them. Isobel exclaims, “Kyle, your family has been guarding my family for the last 75 years!”

They look through the list of all the Valentis who have lived at Xitlali, and one name catches their attention: Sonya Valenti from Santa Fe. A woman with a knife emerges from the other room, interrupting their conversation. It’s Sonya, the son of Eduardo, who has spent the last eight years in Xitlali waiting for the sky. She was pushed into the empty pod that the Valentis had been keeping safe by the last alien to arrive. They discover that the alien is a shapeshifter who went by the name Tezca after an Aztec god who could change his form.

Sonya affirms that she did not send Eduardo the letter requesting that he visit Xitlali. She thinks the insane Dr. Allie Meyers did it. Sonya also learns Tezca stole an alien glass board to hold three pieces of glass. It was sent from Roswell to Xitlali to be kept safe, but it’s gone now. While this happens, Maria (Heather Hemmens) is in Roswell, watching Dallas (Quentin Plair) practice his alien abilities. Dallas admits that whenever he “flexes his alien muscles,” memories of his father come flooding back. He shows Maria a drawing of a necklace that his father was wearing and expresses confusion over the drawing because he believes the memory to be from Earth, which is illogical.

Come back next week for another recap of this show!

Max Wakes Up In A Truck

Max awakens in the truck and acknowledges Tezca’s long-dormant awakening abilities. Max is alarmed and doesn’t believe Michael should continue attempting to join Bonnie and Clyde. Michael insists that he must proceed and requests the third glass cube so that he can discover what it does. During their conversation, Cam wonders when Liz will confront Max for keeping secrets. Liz believes he’ll let her know when he’s prepared. On the other hand, Cam believes that he requires a slight prod to bring it out of him.

When Clyde (Andrew Lees) arrives, Michael is in the barn looking for Eduardo. When Michael claims that he was looking for Clyde and found the chair with the ropes around it, it demonstrates his quick thinking. According to Clyde, Bonnie was supposed to get rid of the man they were holding as a hostage. He senses she is conflicted but has been gone for too long.

Roswell New Mexico Season 4 Episode 6 will release on July 18, 2022 on the CW at 20:00 hrs, Eastern Time, United States. The upcoming episode’s title is “Kiss from a Rose,” and each season consists of thirteen episodes. With this, we conclude our coverage of this topic here at Otakukart. Thanks for your attention, happy streaming, and see you soon.

Also Read: Who Is Adam Collard From Love Island? The Season 8 Entry