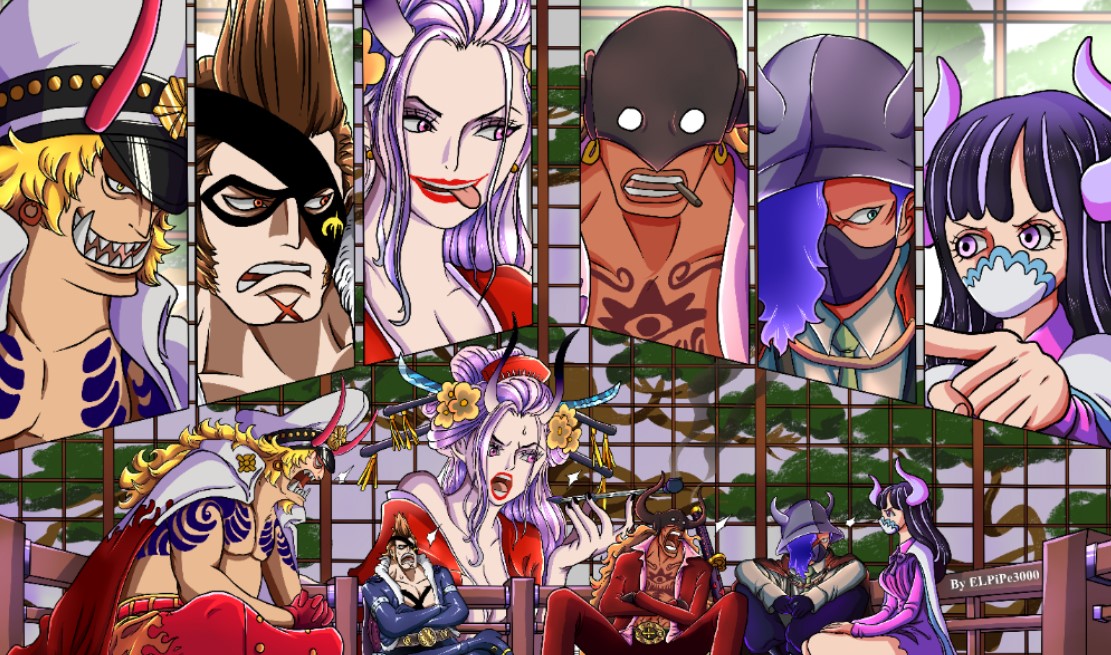 Today we will be looking at the One Piece Chapter 1006 release and recent highlights. One Piece has returned from a weekly break with a new chapter titled “Devil’s Child.” Katakuri was seen with some kittens sharing donuts and milk. Meanwhile, Black Maria is ready to execute the Red Scabbards, and she asks Sanji to communicate with Robin. Black Maria has already covered the third floor’s entrance with webs.

She laid a trap for Nico Robin to be captured as soon she enters the third-floor. Black Maria’s allies will capture Robin. Black Maria wears a knuckle on her fingers and started to torture Sanji. She showered him with barrage punches. Sanji didn’t call Robin; he just kept quiet since he knows that it is a trap for Robin. Black Maria’s allies are stunned by Sanji’s action. They comment that he is enduring the pain for the sake of his comrade (Nakama).

After being brutally beaten to a pulp, Sanji asks Black Maria to stop; he has something to say. Black Maria’s subordinates laugh at Sanji. They think that he will try to act cool and say Maria can go to hell he is ready to die for his friends. Sanji shouts out for Robin to come and rescue him. Sanji shouts, help me, Robin; I am in the banquet room on the third floor. He apologizes, saying that they have taken him into custody.

Sanji’s voice runs all over through the island while Franky and Sasaki are still fighting. Marko is battling King, who fires some bullets. Jinbei is clashing with Who’s Who, and Captain Kid’s crew is surprised by the battle and asks what is happening. Law’s allies reply that they are the guys from Straw Hat’s crew. After hearing Sanji’s voice, Sasaki teases Franky that Sanji is an idiot since he is sending Nico Robin into a trap.

While Marco laughs and comments that how fun the Straw Hat crew is. Nami realizes that Sanji must be calling out for Robin since the enemy is a lady. She knows that Sanji will never fight with a beautiful lady. Ussop finds that Sanji’s voice was teleported through an eye-marked paper cat in the face. Meanwhile, Black Maria comments she is interested in Sanji, and she won’t let go of him. 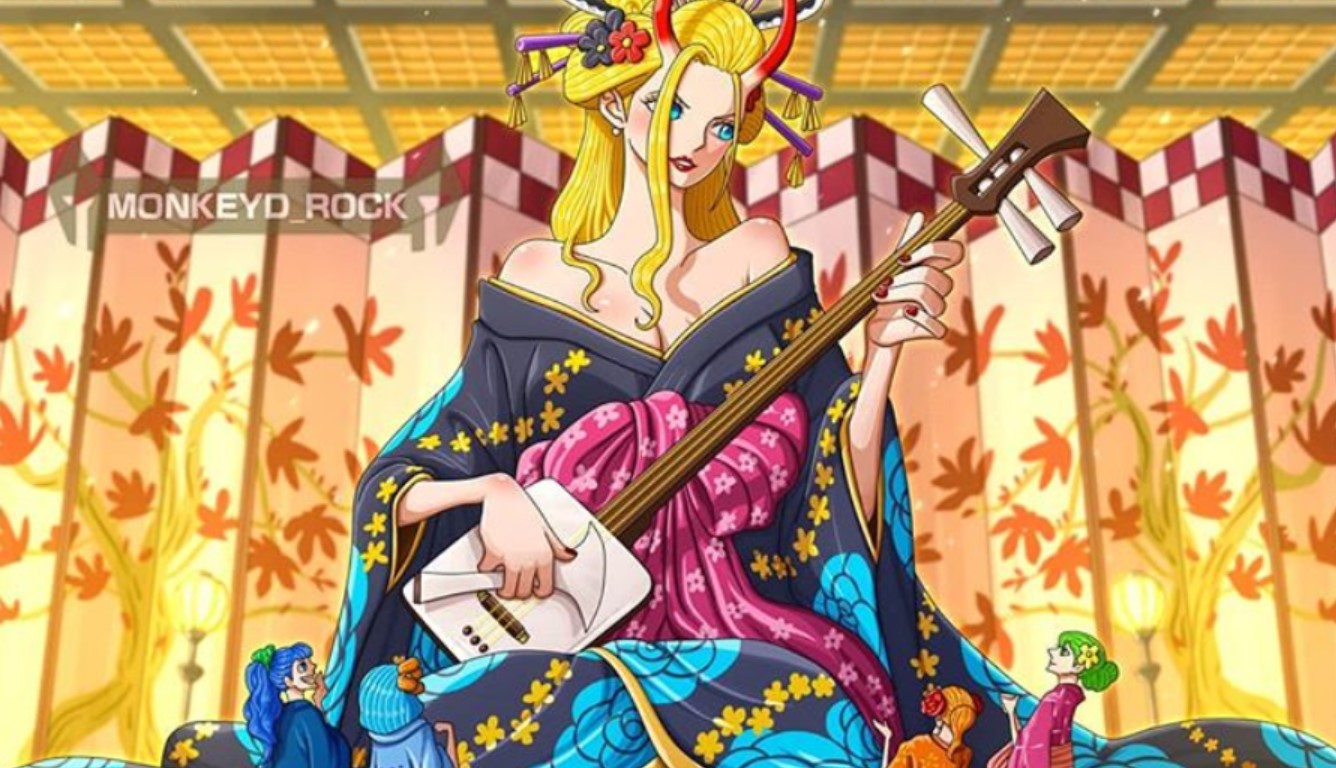 She also said Sanji would become like another man who keeps on saying they love Maria. They are looked inside the room wrapped with Mari’s web. Sanji will end like Maria’s pet, saying that she is the only one he loves. Sanji replies that he doesn’t want to love all ladies. Black Maria gets furious and unleashed a power punch to smack Sanji. Suddenly Robin’s gigantic hand appears, slapping Black Maria. Robin shows a grand entrance inside the banquet room.

She comments that when her friends are hurt, her demon side gets unleashed. Robin also said that she has been in an evil organization for a long time. Earlier, when they were still taking mysterious incident happed. Black Maria’s webs are revealed to be frozen by Brook. That helps Robing to enter the third floor without being capture. Brook unleashed his powers and froze the webs around Sanji. Sanji got freed after the ice the frozen webs cracks.

Black Maria shouts, that stop Black Leg I won’t let you go, and Robin told her that Black Leg is her last word. Robin turns around and looks at Sanji; she winks at him. She thanks Sanji for calling her out and said she’s glad he did. At Yamato and Momonosuke side. Yamato captures a rat with an eye-marked paper trying to sneak inside the room. Yamato reveals that these rats are called Merries they are Kaidou’s spies. 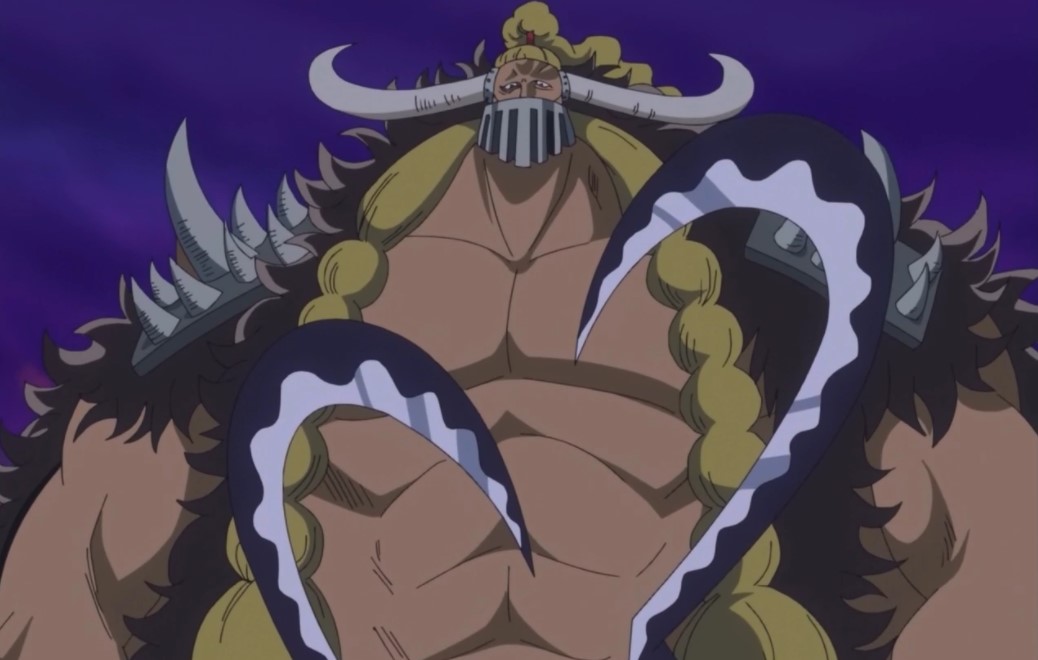 The rats are cyborgs that are unleashed throughout the island; they signal and send images to the human Marries. Yamato said that Kaido’s subordinates are now aware that they are hiding inside the room and they might break-in at any time. Suddenly Kaido’s men arrive, and Shibo and Yamato battle with them. At the same time, Momonosuke is hiding inside Yamato’s shirt. Back to the third floor, Jack is recovered and heads toward the samurai’s room.

He wants to settle some old scores with Inuarashi, Nekomamushi, and Raizou. Jack communicates with Black Maria through a communication signal. He told her that he would handle everything all by himself. But The Red Scabbards may be tired. They are too strong for a “Tobiroppo” to take care of them. At the same time, Black Maria gets ready to clash with Robin and Brook. She reveals a tattoo on her back written “trouble with women” after taking off her Kinemo.

Black Mari is wielding a massive weapon, a long stick with a flaming cartwheel with a demons’ head at the edge (Wanyudo). She comments that Robin’s life is now in Kaidou-sama’s hand, and Robin replies that she will rather face death. The battle will continue in the upcoming chapter; make sure not to miss it.