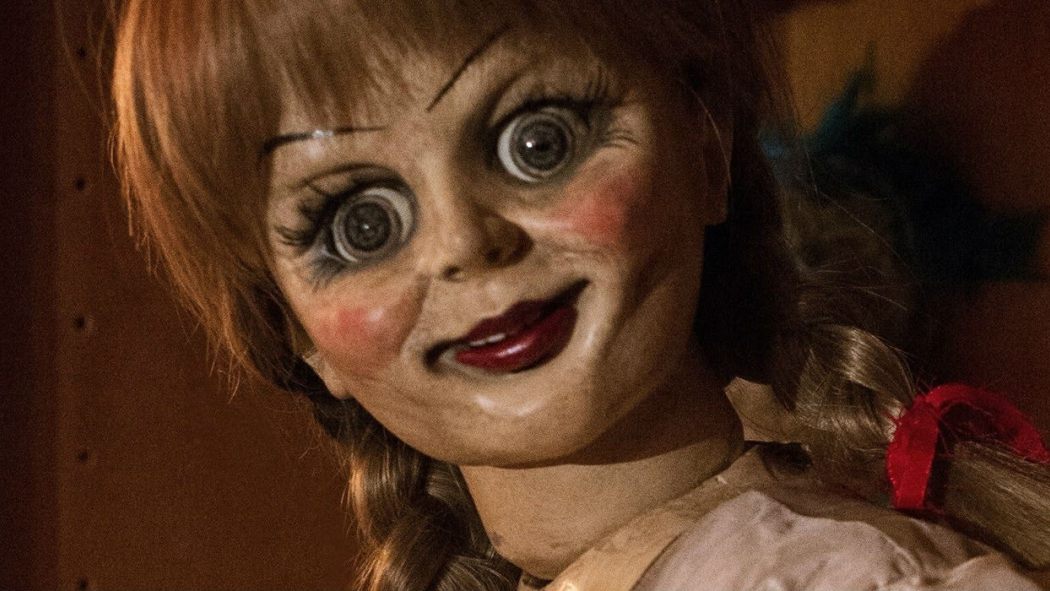 The Annabelle doll from the Conjuring Universe

Ever since the release of the blockbuster horror movie The Conjuring in 2013, people have taken a newfound interest in the paranormal. Human beings have always been fascinated by dark and mysterious objects. In fact, one of the oldest fears that are known to mankind is the fear of the unknown. This includes various things, from the natural powers that harness the earth, like volcanoes and earthquakes, to the thoughts of goodness and evil in mankind that have since been personified by religion. This personification offers two major tropes seen throughout history and across different religions. They are the existence of God and the Devil.

When search topics arrive, humans are also intrigued to know if these entities can influence human lives in any way whatsoever. Turns out they can. And in multiple ways too. Such is the case of Annabelle, a demonic doll that found its way into the hands of two college girls in the 1970s.

Annabelle made her first appearance in the year 1970 when she was gifted to Donna by her mother.  The mother was wondering what to gift her daughter on her birthday, and when she arrived at the local hobby store, she found a Raggedy Ann doll in great shape. Since her daughter loved dolls, she picked them up.

Though Donna loved the doll, she and her Angie soon discovered that there was something really off about the raggedy ann. It started off small, with just a head turn or a minor change in the position (the doll, which was on the chair, would be on the nearby couch). However, things changed quickly. The doll was seen in completely unrelated places and across the apartment. Initially, it felt like it was a harmless prank, but shit hit the fan when the doll was found covered in blood. The Annabelle as in the Movie

The girls contacted a medium. From her, they realized that the place where their apartment was built used to be a field. Eons ago, a young girl named Annabelle was found dead in the field, and her spirit, which had been dormant for all these years, took a liking to the doll, hence possessing it. Literally.

The medium offered to expel the spirit and turn the doll into a normal one, but the girls, who were nursing students, decided that they wanted to help the spirit. They thought Annabelle was a harmless spirit who craved company and felt horrible about abandoning her again. So, they openly declared in front of the doll that they had given her permission to move in with them.

It was quiet for a very short while. Then, the paranormal activity skyrocketed. The doll began appearing in their dreams, terrorizing them, and started writing cryptic messages on notes and on the walls. Then, a friend of theirs, Lou, was attacked by the doll. It was only after this physical assault that the girls decided to call someone to look into it.

A priest was contacted, and he agreed to take a look into it. He arrived, but not alone. He was accompanied by Ed and Lorraine Warren, two reputed paranormal investigators. Upon inspecting the doll, they concluded one thing: Annabelle wasn’t a human spirit. She was a demon. And she wasn’t trying to possess the doll either. The demon wanted to possess Donna. The priest solidified their claims, citing that demons, or entities that never walked the earth in human form, are more inclined to cling to people. The priest performed a blessing on the apartment to drive away the negative energy and, upon request from the students, took the doll. 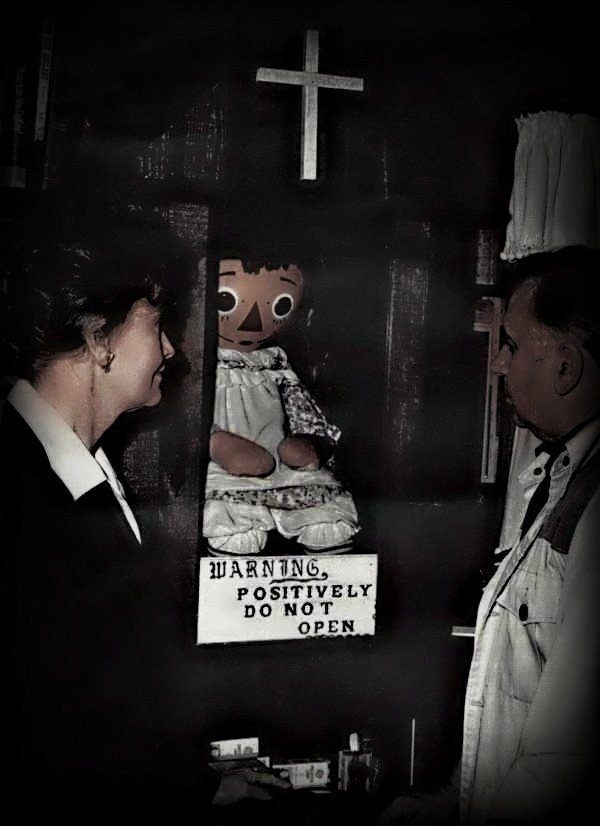 Real Ed and Lorraine Warren, next to the Annabelle doll

The doll was given to the Warrens, who agreed to store it in their museum. The Warrens decided it would be much safer if they took the back roads than the highway because the doll would most certainly try to cause a fatal accident. True to their calculations, they were plagued with car problems the whole way home: the steering failed, the brakes weren’t responsive anymore, and the car stalled numerous times. The problems only ceased after Lorraine physically restrained the doll and sprinkled holy water on it.

Annabelle was hence stored away in the Warrens Museum, where she was kept inside a box. A warning board was also placed near it, lest the visitors of the place forget what they were dealing with. Ed and Lorraine Warren have since passed away, but the demonic spirit of Annabelle lies in wait in Monroe, Connecticut. Bidding its time.

Read More: The Bizarre Disappearance Of Dennis Martin: Where Did He Go?