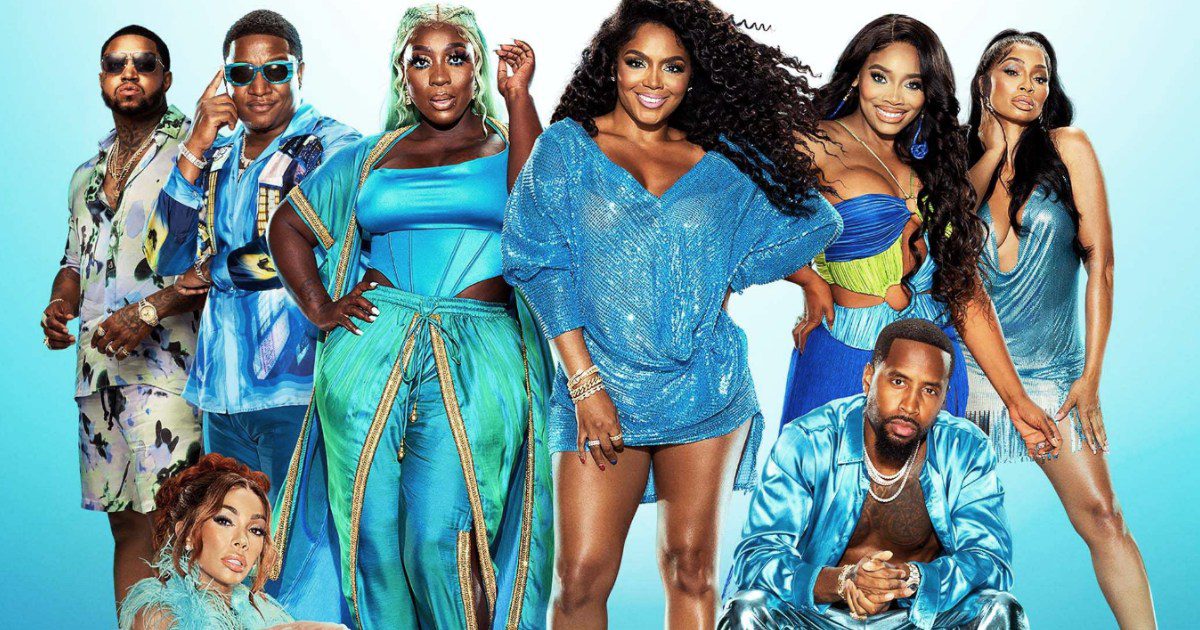 What can be described as the show that’s a guilty pleasure of most, Love & Hip Hop Atlanta, directed by David Wolfgang, is soon going air its next episode. Known for its racy and dramatic episodes, the show has, over the years, produced some of the most famous singers like Cardi B and Joseline Hernandez.

The series was first seen in 2011, based on rappers and singers from NY. Seeing the show become a hit within a few days, the franchise owners decided to launch Love & Hip Hop based in another state. There were guesses that the next one would be based in Miami, but the producers chose to go with Atlanta. This version was aired on June 18, 2012. Originally, it featured the lives of many rappers & singers, such as Joseline Hernandez, Rasheeda, Karlie Redd, and K. Michelle, who later ended up moving to the New York version.

Love & Hip Hop is a docu-soap, and although there are many allegations stating that it’s pretty much staged, the producers continue to deny the fact and say that though they might edit the clips to seem that way, whatever happens in the lives of these aspiring artists is real, including the drama and the relationships.

Season 10 of the series started airing on July 5th, 2021 but had seen a halt after September of that year. It continued releasing the rest of the episodes from August 8th, 2022. At the beginning of the season, the main cast was Kirk Frost, Safaree, and Erica Mena.

New additions were seen as well, starting with the female rapper Young Baby Tate (Tate Sequoya Farris) and Omeretta, accompanied by the New York version’s couple Yandy Smith-Harris and Mendeecees Harris. When the show resumed this year, it was seen that Young Baby Tate and Omeretta were not the main cast now. 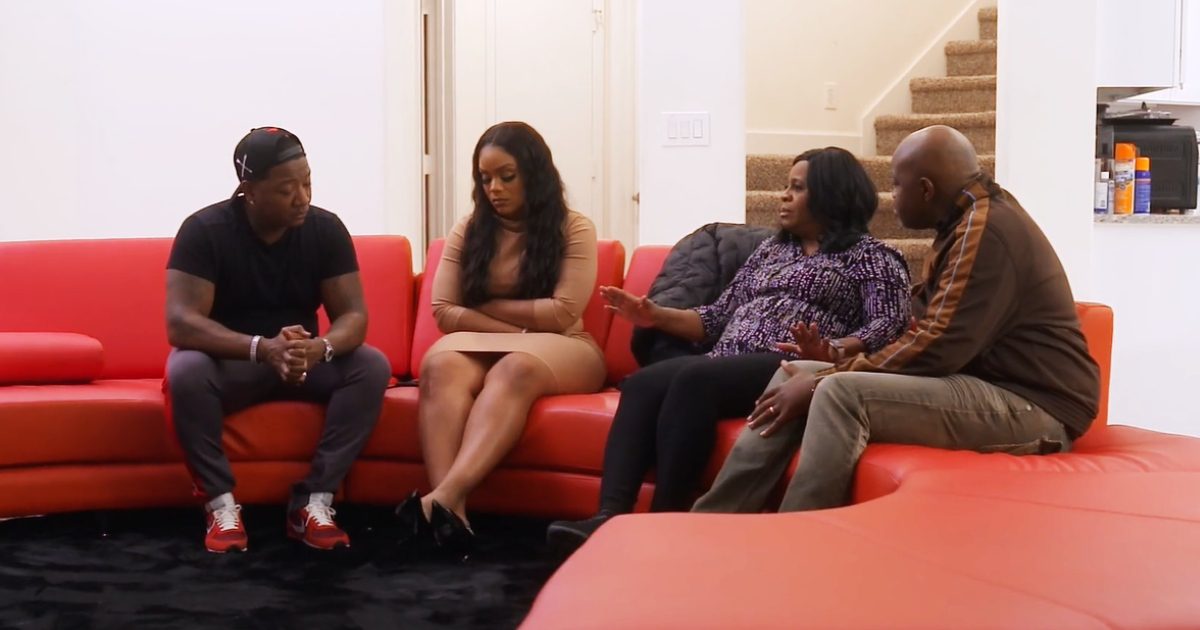 The season’s continuation begins with Joc and Kendra’s wedding, with rumors of infidelity arising just an episode after they get married. Sierra was seen to be going through a tough time in her life with her mom’s health not being well, along with the recent robbery she was a victim of. Joc’s infidelity comes to light after it’s revealed that he had been texting his ex, Meda. Some of the cast members head over to Vegas for The Grammys.

In the previous episode, which was aired on November 7th, 2022, we see Joc facing the wrath of Kendra’s mom and brother after they find out that he has a child with someone else. Joc also finds out the terrible news that his mother has been suffering from lung cancer.

Bambi and Sierra talk about the previous night’s pool party when Erica joins them. The girls inform Erica about Safaree’s new girl, who resembles her a lot, while Erica talks about how he has been ignoring his child while trying to extract child support money from her. 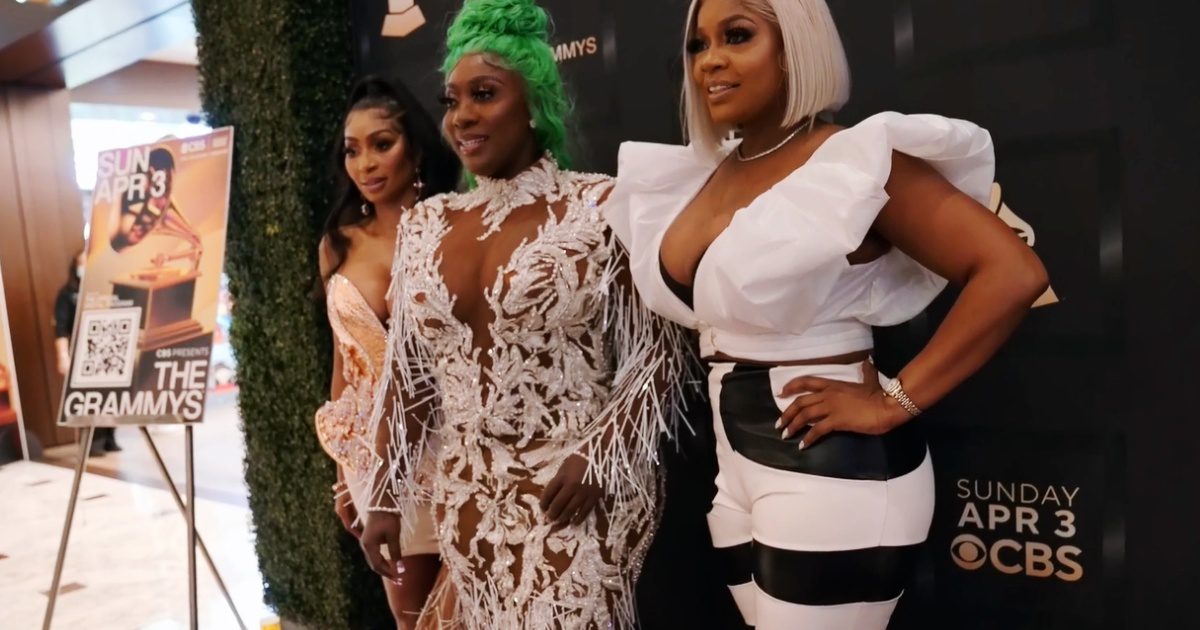 Spice At The Grammys

Spice, Meda, and the others head over to the Grammys, and Spice recalls how it has always been her dream, and finally, it came true after she was nominated for one of the awards. Shekinah throws a watch party for Spice later, and everyone is invited. Scrappy and Momma Dee seem to not be getting along well. Eric and Sierra are asked to get premarital counseling by Erica.

Scrappy and Momma Dee end up in a heated argument, where Scrappy questions Momma Dee’s upbringing and wants to break the generational curse. He storms out of the party. At the Grammys, Spice ends up losing to another artist. She shows up at Shekinah’s party later and talks about how the Grammys are always unfair.

The show is aired on VH1 on Mondays at 8:00 pm ET and 7:00 pm CT. To catch up on missed episodes or to watch Love & Hip Hop Atlanta online, Head over to VH1’s official site.