90-Day Finance: Happily Every After Season 7 Episode 13 release date is quite soon. The shoe has been evolving in the most beautiful way, and we are almost midway through all the chaos and pairs and romance. Last week on the series, we saw some of the biggest moments ever after there were huge problems on the show. Usman is nearly going to his family home in order to meet with the girl that his mother wants him to marry.

This alarms Kimberly a lot, and she is left to do everything in her power to show him how much she loves him. She sets up the hotel room in the most romantic way and proposes while going down on one knee. She had a backup ring just in case, and it sure did help. Usman accepts, saying that if this is what makes her happy, he is happy to abide.

Kimberly has her own condition that she will be the first wife of the family, and Usman says that he will try for the cause. Later, he leaves to go home and maybe meet his second wife. Kimberly then FaceTime with her son, who talks some senses into her. He is just so confused as to why her mother was even trying with Usman when things were working out so well with his dad. He also asks her not to get married while she is on the trip, and Kim has no answer for the same. 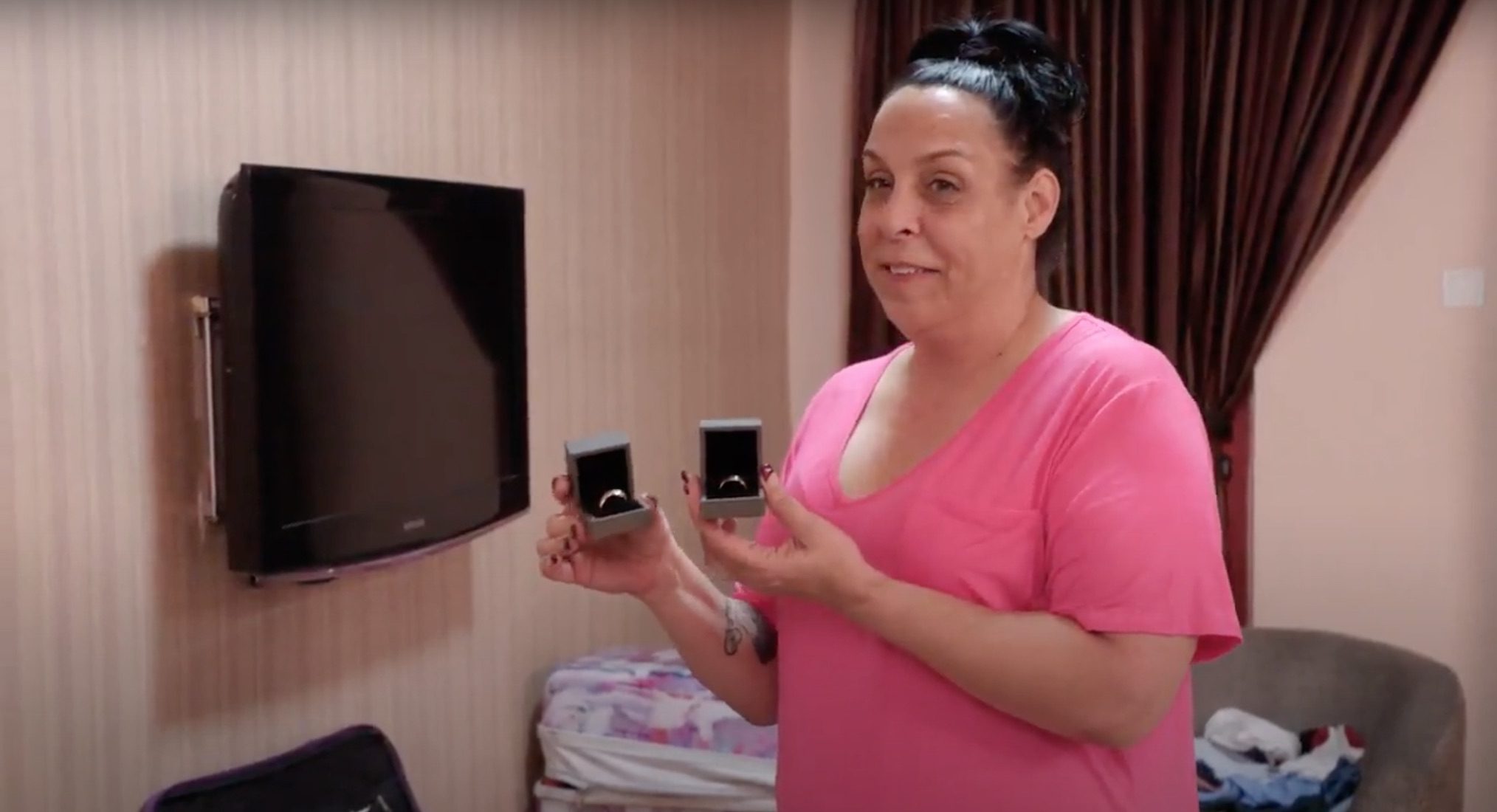 A still from 90-Day Finance: Happily Every After Season 7 – Kimberly Trying to Propose Usman.

As for Libby and Andrei, it feels like the couple is in a good place right now. They have taken a trip to the Grand Canyon with their respective fathers together. Andrei has wanted to plan this vacation out always, and it was a perfect opportunity for them to announce that the couple is expecting a second child together. The duo even makes bilingual signs so that both their dads get to know them at the same time.

Now, Libby does not directly get to telling the rest of her family. Instead, she decides to post it all on social media. But her father advises her about how this might make her sisters feel towards her. I mean, they surely will respect her decision, but it will hurt them. Her father wants her to clear the air so the whole family can be there for her. In the interview, Libby talks about how she wants her family to see that they have also hurt her.

Later, we see that Big Ed talks about his relationship with Liz. He says in the interview that the two of them have done some work on their hands and are even going to therapy together while trying to get their spark back. The two are then seen using the brand-new massage table. She uses it to wax her back, but it is obviously causing him pain, and he does not enjoy the process.

Big Ed asks her after they have taken a shower and brushed their teeth, to come back to his hometown. Here, his family will throw an engagement party for the duo, and it will be drama free and full of love. However, Liz is not so sure about it all. She obviously has her own concerns, given the heavy past, but he assures her that it will all be different this time. Big Ed tells her that she will feel loved and have a great time with his family.

90-Day Finance: Happily Every After Season 7 Episode 13 release date is on the 20th of November 2022. The episode is titled Isn’t She Lovely. It will drop out on TLC at 8 PM Eastern Time. New episodes are released every week on Sundays.

How to Watch 90 Day Finance: Happily Every After Season 7 Episode 13

90-Day Finance: Happily Every After Season 7 Episode 13 can be watched easily when the episodes drop out on TLC at the designated date and time slot that we have provided above. Later the entries will be available to stream from the official website of the channel. Users will need to have valid cable login credentials for the same.