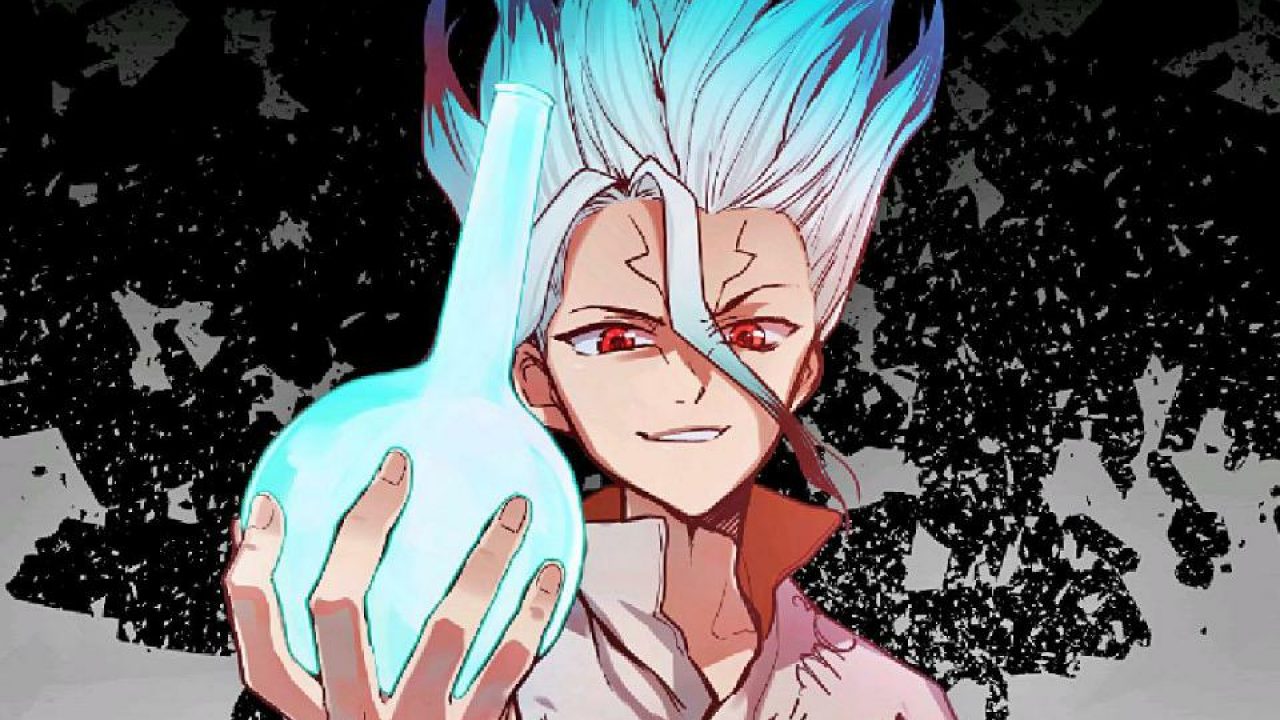 Dr. Stone Season 2 was announced right after the first season’s final episode aired. The manga is written by Riichiro Inagaki and published in Weekly Shōnen Jump since 2018. Dr. Stone was animated and aired in 2019, running for 24 episodes.  Due to the popularity of the first season, a sequel for the anime is under production and is scheduled to be released in mid-2020. Season one was announced on November 19, 2018, animated by TMS Entertainment.

The anime aired its first season from July 5 to December 13, 2019. It was one of the best anime from 2019 with amazing visuals and spot-on animation. It has a good mixture of funny tones along with some very serious incidents. It has successfully delivered the theme of the manga.

Dr. Stone is a fantasy, post-apocalyptic story. All humanity is turned into stone due to a mysterious event. Now, 3700 years later, some of humanity survives due to the efforts of a genius high school student, Senku. Senku Ishigami is a teenager who is the first to emerge from the petrification. He makes some basic survival tools for himself using his knowledge. He finds his friend Taiju’s statue and works on reviving him first.

Taiju is a friend of Senku from highschool. With Taiju revived, Senku has helped in inventing more stuff. They both soon make a portion that removes the petrification from anyone whose body is intact. After the portion is perfected, the choice of who to revive falls on Taiju. He had a crush on a classmate named Yuzuriha Ogawa. So Taiju chooses her. But to survive against a group of Lions, they revive a strong guy that can save them, the martial artist, Tsukasa Shishio. Tsukasa saves both of them.

However, Tsukasa has different ideologies than Senku. He wants to build a world based on Power. So he leaves the group. Time passes, and more technological advancements are made. They find a small town whose people have already been revived. Tsukasa gets the reviving portion from Senku and is out there, making his own army. There are many conflicts between the two groups. Tsukasa has teamed up with Hyoga, who leads the attacks against them. He is reviving strong people to stop the advancements of Senku.

What will happen in Dr. Stone Season 2?

The second season has been titled “Stone Wars,” featuring the final war between Ishigami Village and Tsukasa Clan. After Tsukasa is defeated, there will be an expedition to find the source of the Petrification event. Taiju and Yuzuriha have settled with the other people that they found.

They learn that six astronauts survived when the petrification occurred. Among them was the father of Senku, who left him information that would help him move the world forward. This town will have a battle with Tsukasa’s Clan. Later, on the journey to find the ISS where it crashed, Senku and others find the Petrification Kingdom that has the weapon to petrify the whole world.

As they know more about the world, they get closer to the cause of the incident that happened 3700 years ago. Why did all mankind turn into stone? If the civilization that turned everyone to stone does exist, they will have advanced ahead. But that is for another season.

These are some of the hints on what to expect from the upcoming seasons. The production of the next season is being done by the same team, so the quality should not change.

Dr. Stone Season 2 is expected to be released in Fall 2020. This might get delayed because of the ongoing coronavirus crisis, and we might get the season in 2021, but we will have to wait on the official word.

This came as an announcement from the Shonen Jump that they have important news to announce to their fan community. And then this was followed by leaked scans of the next issue of the magazine that had circulated the internet. Shortly after, the official Twitter account for Dr. Stone went on an confirmed that the anime would indeed return with another season of the anime. Along with the tweet, a short teaser was also posted by the Twitter account. Although the teaser didn’t reveal much, it once again confirmed that the next season of Dr. Stone would adapt the Stone Wars arc.

The leaked issue had engaged with the fans and revealed that the second season has been confirmed after thanking them for watching the anime. The Second Season will likely be done by the same studio, which handled the first season, and that’s great news because the first season was worked on brilliantly, especially when it came to photography and animation quality.

The latest trailer released for the upcoming season debuted at the jump fest event where Senku, Chrome, and Gen where displayed joining fists in preparation for the upcoming Stone Wars Arc.