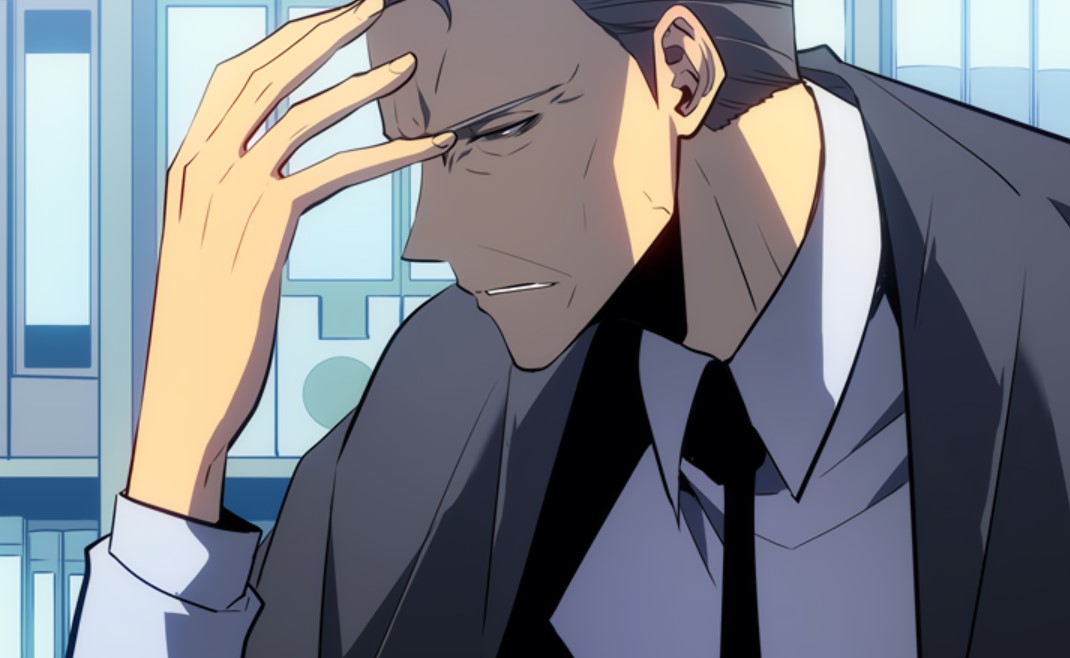 Earlier, Sung Jin-Ah shows up and asks his brother if he is okay. Sung Jin-Woo said he is fine, but he is a little tired, and he falls unconscious. They take care of him while the trucks came and unload about 200000 tons of magic crystals. It has been revealed that those crystals are more than sufficient to power the Barrier. Yuri Orlove orders them to position the Barrier with the Gate at the center, and the magic will start by drawing upon magic crystals. The magic started drawing, and the Barrier pulls in the magic.

Another S-Rank gate has appeared in Maryland; Yuri Orlove wants to be called a man who cleared an S-Rank gate by himself. But he is worried that there is another better Hunter. Yuri started drinking alcohol, bragging that 15 hunters are too small to be his audience. He asks that guy what America is doing and if they send S-Rank Hunters to help. He reveals that drinking will help him not to be nervous and put on a great show.

Solo Leveling Season 2 Chapter 132 will be released on Thursday, 31 December 2020. Keep in mind that every Thursday new chapter of this Manga will be released. You can get the latest updates of the previous chapter using the following link Solo Leveling Season 2 Chapter 132. The next chapter’s spoilers are not yet available; you can take a look at the following recap and ways to read this Manga below.

Hyung-min dozed off again and dream about Sung Jin-Woo who wakes up after collapsing from his last battle he tells Hyung-min that the raid was a failure.  Hyungmin-min wakes up and realizes that he was dreaming he asks the guy in front of him how long he was sleeping. The guy reveals that he has been sleeping for 23 hours and 46 minutes. The guy reveals that before Hyung-min falls asleep he ordered him that if he doesn’t wake up after 24 hours he should take him to the hospital.

He then updates Hyung-min about the latest updates of a patient who woken up from eternal sleep. Hyung-min is surprised and the guy reveals that the patient is Hunter Sung Jin-Woo’s mother. Hyung-min concludes that Sung Jin-Woo must have the ability to cure external sleep disease. He then asks about new developments and the guy said the lady has come to visit. He opens the door for her and she asks Hyung-min how long has he been like this.

Meanwhile, Yuri Orlove is clashing with the monsters with a new crew of the Hunters. They notice that their weapons are not making an effect on the monsters, the leader orders the Hunters to take the monster down. The samurai lady thinks that removing the monster’s eye will make it not see her movements. She started slaying the monsters using her swords and the military is also helping.

The Hunters notice that the monster can be taken down so easily since they are large and fast. The reporters are updating the world about the situation. They are flying in the skies of Toyko taking note of entering that is happening. The monsters are rampaging destroying everything that comes in their way. Sung Jin-Woo is watching everything sitting at home in front of his television. It has been revealed that the chaos that is caused by the monsters can put all of Asia in danger.

Sung Jin-Woo decided that he has to join the battle but his sister Sung Jin-Ah tells him not to go. Sung Jin-Woo notices that Sung Jin-Ah has been doing something that he told her not to. He realizes that four years ago after his first raid he told her not to tag along. He uses shadow exchange and disappears thinking about his sister. He went outside thinking about what should he do about the monsters or if he should just stay.

While he is walking he met with a car and gets inside he asks the guy inside why he has come to look for him. The guy is chairman Yoo Myung-Han who is glad to meet with Sung Jin-Woo. He reveals that he is Yoo Myung-Han of Yujin Construction. He offers him a check of money without saying anything and Hunter Sung Jin-Woo is surprised. He said that he doesn’t believe that everything can be bought with money especially the services of an S-Rank Hunter.

Myung Han reveals that what he is offering is his expression of his sincerity. Sung Jin-Woo understands what Yoo Myung-Han is saying. He is telling him that what they are talking about must be between them as a secret. He then realizes that it is not something like an Invitation for a Guild. Hunter Sung Jin-Woo asks him what does he want him to do since has offered that check of money. Yoo Myung-Han reveals that he has a disease just like Sung Jin-Woo’s mother.

You can read Solo Leveling Season 2 available on Kakao Page Magazine, so you can support the creator by buying the magazine. We highly advise you to support the official release as it supports the creators. Note that there are no official ways to read this Manga.