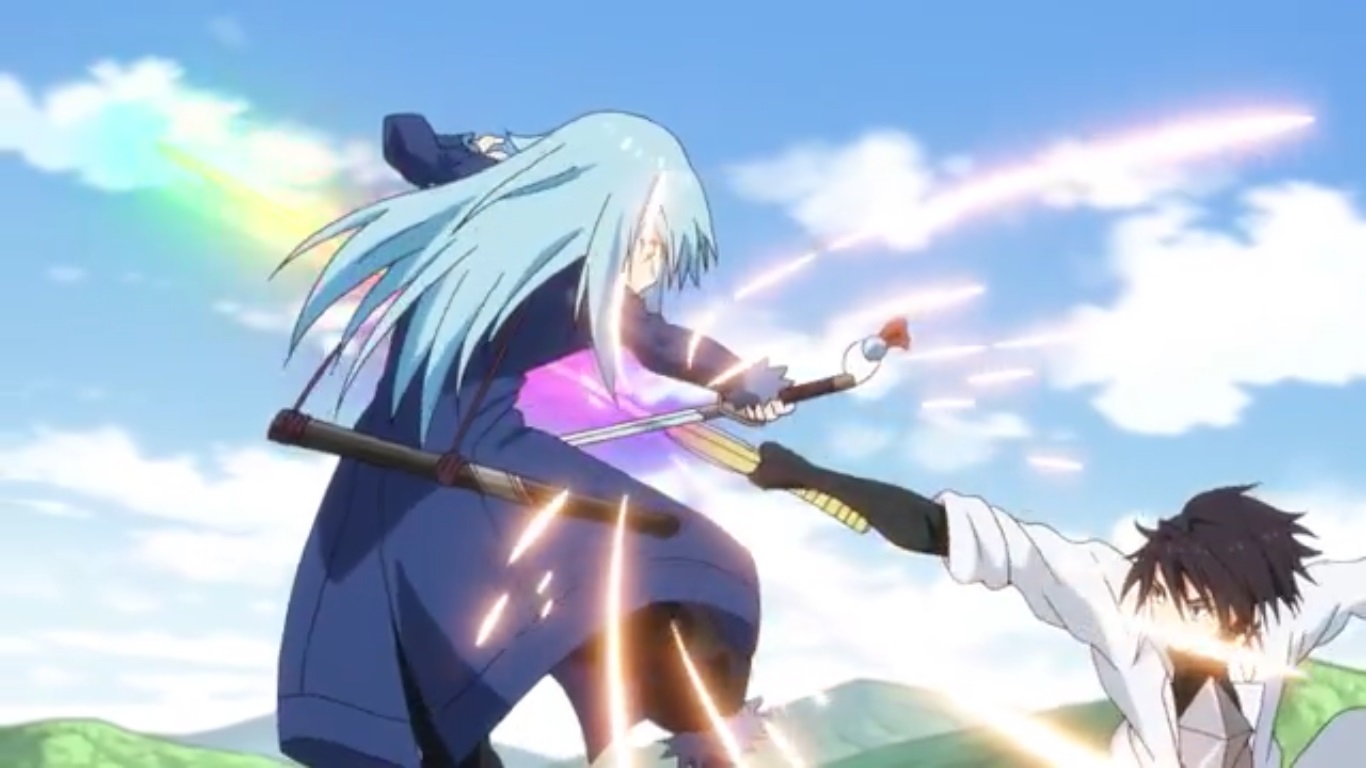 That Time I Reincarnated as Slime Episode 7

With the attack of Tempest ongoing, That Time I Got Reincarnated as a Slime Episode 7 brought a conclusion to the fight between Rimuru and Hinata. Hinata was sent to stall Rimuru while the kingdom of Falmuth attacks Jura Tempest. But after using a clone to deceive Hinata, Rimuru quickly rushed to see what is happening back in Tempest. It looks like a full-scale invasion has just started. And by the time Rimuru made it back home, it was already too late.

Many monsters died, and they strictly followed Rimuru’s orders and did not attack the humans. So Rimuru moved around and assessed what happened while he was away. The invasion had already reached its intended purpose. And the Falmuth forces left the remaining monsters with a message that they will return in two weeks. It seems like they are yet to decide on what to do with Tempest now that they think it is fully destroyed.

This means that it is now just a matter of time before word gets out that Tempest has been destroyed. In the meantime, Rimuru sent one of his guards to investigate the person casting the barrier. That Time I Reincarnated as Slime Episode 8 will release next week with more developments on this. As usual, the episode will be streaming online on Funimation and Crunchyroll with English subtitles.

That Time I Reincarnated as Slime Episode 7: Rimuru’s Escape

Rimuru used his clone to have Hinata think that she defeated him. with this, she was able to lift the holy barrier and left. Rimuru used this chance to get back to Tempest, where he found that his kingdom was utterly destroyed. The invasion mainly focused on monsters as the teachings of the Falmuth kingdom do not acknowledge the existence of monsters. When he got back, he found Benimaru fighting with Youm, who was already exhausted. Youm was defending Myulan for her actions.

The barrier that weakened monsters was facilitated by Myulan, who was sent to Tempest as a spy. And now, her mission seems to be complete. She did all this trying to limit the number of casualties. Because if she did not cooperate, then her masters would destroy the entire Tempest Kingdom instead. We are yet to see how Rimuru will reply to this. But before he takes any action, he intends to hear the full story from Myulan herself. 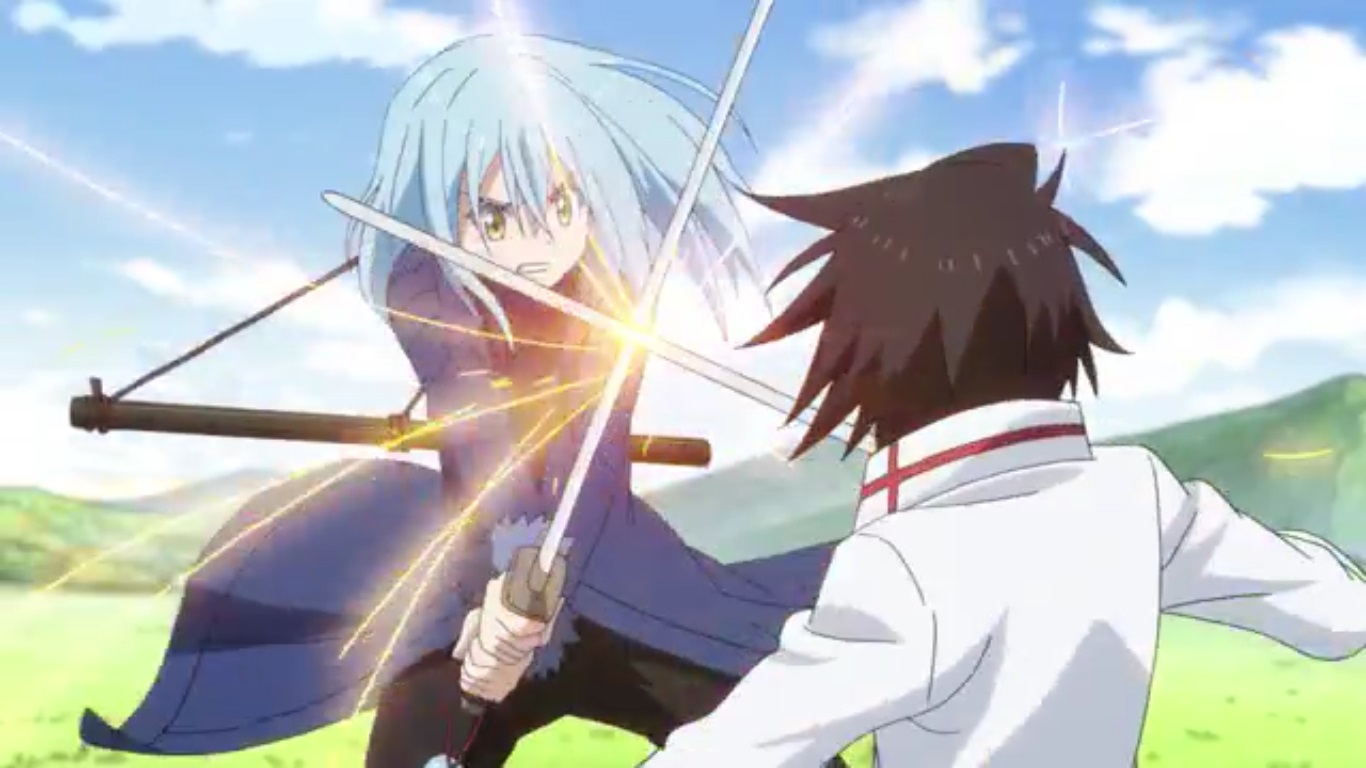 That Time I Reincarnated as Slime Episode 7

He wants to understand what is happening before taking further action. And has already seen behind Myulan’s act as she only wants to be the only one to be punished. It will be interesting to see how Rimuru intends to deal with this. He has a lot of allies, and most of them are likely to be stronger than him.

Earlier on, we also heard of the Demon Lord Milim and the recent relationship that the Jura Tempest kingdom has established with the Demon Lord Charrion. So this will mean that Rimuru will have to respond after this attack and also prepare for the impending attack that will be taking place in two weeks. Now it’s time to investigate and round up allies.

That Time I Reincarnated as Slime Episode 8 Updates

More episode updates will continue next week with the release of episode 8. This season will run in two cour with 12 episodes each. So there is still a lot to tell. The first cour will end with the Winter 2021 anime season, and then the next one will skip Spring and come back in the Summer 2021 season. So what will happen for now Rimuru will have to establish his monster kingdom as a powerful nation. Right now, people know too little about it and how powerful its monsters are.

But using their anti-monster barriers, they could easily defeat them. So, for now, Rimuru has to find a way to counters such barriers and fortify his kingdom’s defenses. But that will come after the war has ended. Given that Rimuru has many strong allies like Milim and Charrion, it will be interesting to find out whether he will involve them. But for now, he has the strength to do so together with his monsters. He needs to find a way to deal with their anti-monster barriers, then he can fight freely.

For more updates on the upcoming anime episodes. You can read our weekly anime news updates for a full schedule. You will see all animes releasing new episodes this week and find out more on those that might be going on breaks.