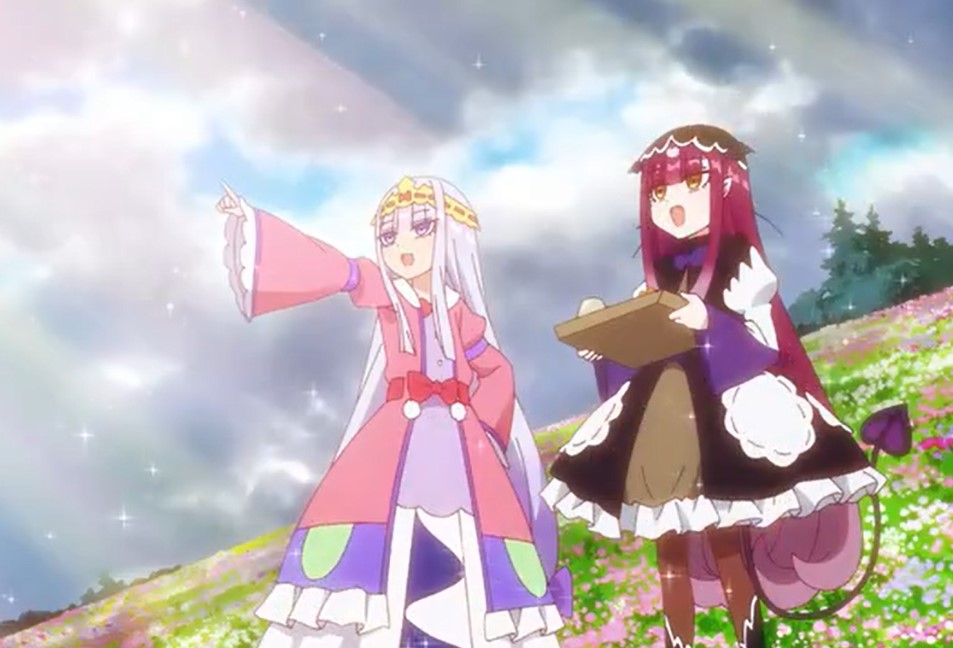 Today we will be concluding the final episode of this anime, let’s what out what it has to offer for us. The Demon King was passing near princess Slayis’s cell and he got a signature paper. Siberian show up and reveals that the hero is nearing the land for a new area. The Demon King said that the area is still under construction with no traps and treasure chest installed. The Demon King decided that it is better for him to go and confront the heroes.

Meanwhile, Harpy visited the princess and ask her to attend the pajama party. The princess agrees thinking that they will be sleeping comfortably without making any noise. The Demon King manages to reach where the heroes are and he misleads Dawner telling him to go left. He told that beyond this mountain there is a dead-end the must try the left path. He reveals that if Dawner and other heroes go left it will be an easier way for them to reach the demon castle.

Sleepy Princess in the Demon Castle Episode 12 will be released on Tuesday, 22 December 2020, at 2:00 AM JST. This Anime releases its new episode every Tuesday. Watch the latest episode of this Anime on AnimeLab, Funimation, and Netflix. Let’s take a look at the following updates below.

Previously on Sleepy Princess in the Demon Castle Episode 11

She then asks if it is wrong for a human to fall in love with the Demo. When he wanted to answer she falls asleep and Demon Cleric was listening to them. He misunderstood them and think that he has to stop the two from falling in love. He went inside the room and punish the Demon King since it is forbidden for the Demon to love a human being. The next day the princess realizes that the pajama party doesn’t fulfill her sleeping wishes and she canceled it.

The Succubus is a demon who feeds off human vitality. It is necessary for them to be popular and Succubus notices that no demons care about her. Everyone in the castle is focusing on princess Slayis and she is so popular that she gets everyone’s attention. While she is thinking about away to become popular. A demon shows up in front of her and mistook her for Slayis, wanting to take revenge.

They both started training and she gives Cubey a hard time which she fails and her quest got completed. After failure training, she went back to sleep and had a nightmare later she visited the Demon Castle meeting room. Siberian bot angry and told her that they are in an important meeting. She falls asleep on the table and they notice that she is having a nightmare. They call Demon King’s brother Hade to show them her dreams on the screen.

Hade clicks his fingers and shows them her dreams and they find that she is with the Hero Dawner. The Demon King is wondering why she is with Dawner when she has asked him about a human falling in love with a Demo. Demon Cleric also realizes that Dawner is the one princess she is in love with.

All the Demons got surprised when they figure it out. The Demon King got angry and said that they must increase the traps for the hero Dawner not to reach the castle. The princess wakes up and goes to her cell to sleep again and after few minutes she wakes up. She is glad that she had a wonderful dream than before. The Demon King told everyone to start taking care of the princess than before.

With these latest updates about the upcoming episode of this Anime that’s start this week. That’s what we have to offer for this week.

Top 10 Amazing Moments in Naruto Shippuden to Give You Feels