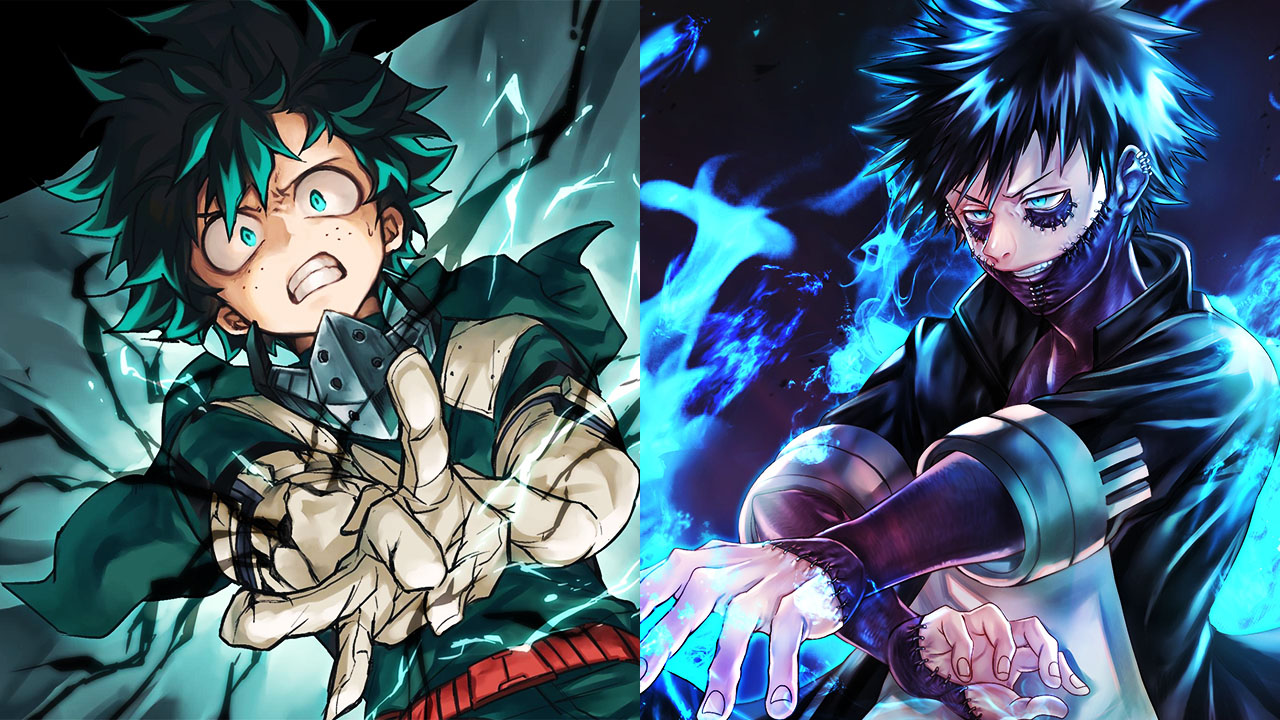 There is hope for the heroes in the Liberation war started by the league of villains. Tomura looked lethal at first, but he backed out when he could not steal One for All from Deku. (SPOILERS)! He used Gigantomachia to attack the heroes, but the hero Best Jeanist arrives on the battlefield and restrains the monster. Tomura unleashes multiple Nomus on the heroes in retaliation, and this is when Lemillion arrives. We learn that Lemillion can use his Quirk again due to Eri (Bubble Girl)’s Rewind Quirk. Soon realizing that he is not strong enough to face the Nomus.

Nejire, Bakugo, and Ida jump to attack the Nomus, and here Bakugo utters his hero name out to Best Jeanist. Bakugo has never taken his hero name seriously, but now he finally reveals a name, “Great Explosion Murder God Dynamite.” It is a mouthful—still, something expected from Bakugo. Here, the Nomus go down, but Machia comes back up fighting Best Jeanist’s thread attack. Endevour delivers another blow to the monster. Still, the threat won’t go down. 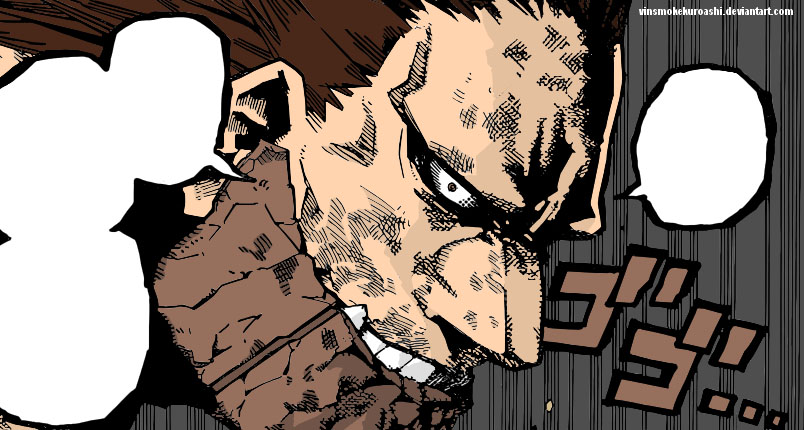 Toya Todoroki (Dabi) holds Shoto close burning both of them, and laughs at the dispair seen on Endeavour’s face. He wants his ambitious father to suffer as “his favorite son” die to death in front of his eyes. Shoto is still trying to get some sense into Dabi, but there is no idea what will stop Dabi at this point. In the distance, we get a glimpse of U.A Students, and on the battlefield, the revelation that the sedative that was fed to Machia has finally taken effect. Gigantomachia is expected to stay out of action from here on.

My Hero Academia Chapter 294 will come out at the Manga Plus site in one of the last issues of the years, on December 13, 2020. This chapter is going to show how the heroes recover and pull the villains down as the latter are out of power at this point.

Dabi is trying to kill Shoto, but Izuku is fast on his tail. He even showed the froppy style taken from Tsuyu. Dabi wants Izuku to stay out of the family matters, but Shoto and Izuku will surely put some sense into him.

As for the Tomura, he took too many people with him during his latest war on the heroes. This tragedy is one of the many that this villain trained by All for One has brought into the world. He is brainwashed to think that the world only deserves destruction. All efforts to stop him have failed. But he is not invincible. It is just that he has been able to escape every time. All for One instructed him to retreat and come back for One for All some other time; however, Tomura decided to stay. Now that his pet is down and the heroes have rained down on the villains from all sides, will he escape again? and as Dabi is captured or killed, what more is left for the league of villains.

I think, in the end, Tomura is the biggest villain we will have in this series. His power is still growing, and this brief interaction with Midoriya is the sign of an upcoming full-on battle between the two. For now, the villains may be able to escape with Tomura as most of the heroes are in bad condition, injured and tired to chase after them. Anyhow, this war is now heading to its final phase, and the winners will be decided soon.