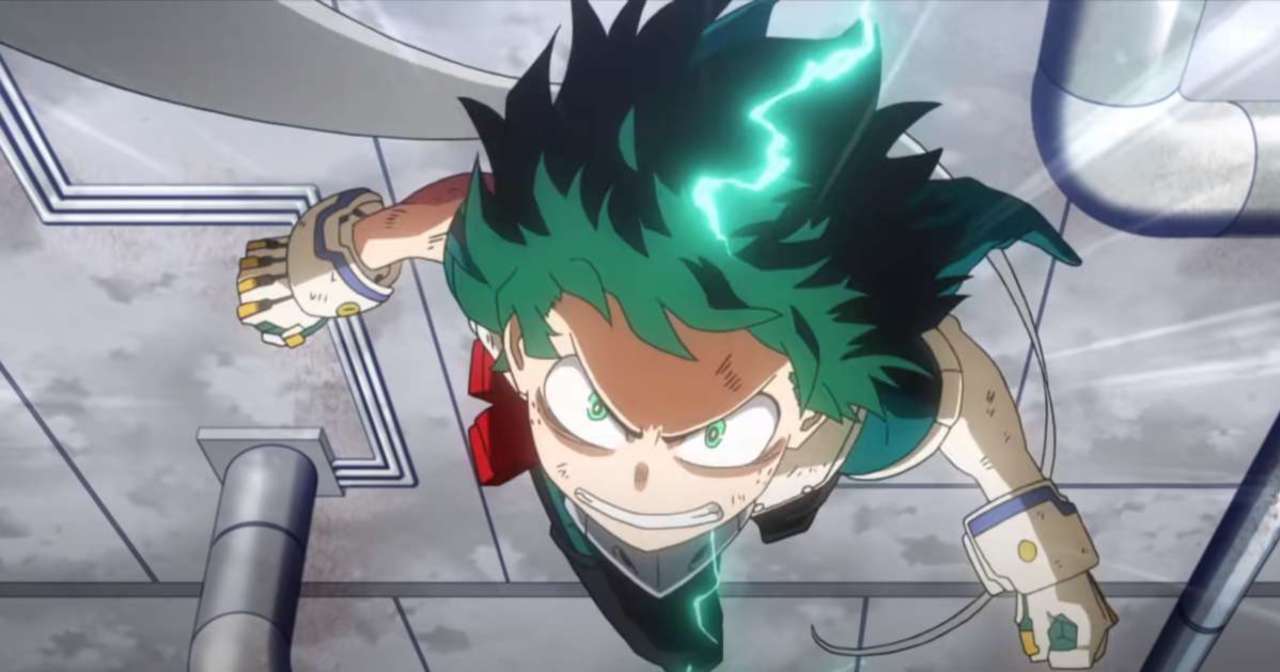 A Scene From The Second Episode Of 'My Hero Academia' Season Five, C[Bones]

This anime might seem like a rip-off of sorts right out of the bat but believe us; it’s not. It’s a very refreshing and fun take on the schools for superheroes kind of storylines.

In Little Witch Academia, we follow the life of 16-year-old Akko. She enrolls at a prestigious witch school to learn to be the best witch in the country and to help other people, even though she has no witch powers herself. She makes a lot of funny friends, meets a lot of wacky and suspicious teachers, and also gets into lots of trouble on the way to achieving her dream. Here is the trailer for this anime –

Yes, yes, the similarities are many, but it’s a very fun watch. It has only 25 episodes making it a perfect binge-watch series. You can officially watch Little Witch Academia on Netflix.

2. The Disastrous Life of Saiki K

If your taste includes high school students with superpowers, then this is the Anime for you.

We follow the life of Saiki K, a teenager with numerous powers like telekinesis, telepathy, teleportation, and many more. Even though his powers are only known to a few people, the whole story mainly revolves around Saiki trying to keep it a secret. He often gets into trouble with a lineup of funny and goofy friends, teachers, and also his parents, who make him resort to using his powers.

This anime is one of the funniest recent series to be released; with 2 seasons available on Netflix right now, it’s a very fun watch.  This is the trailer:

Assassination Classroom has all of the elements of what makes an anime good. Comedy, drama, action, aliens, it has it all.

Super powerful alien lands on our planet, threatening to destroy the world unless a group of students can kill him. Yes, you heard us right, the alien puts out a condition which says that a group of students should kill him or else he will destroy the world. The mind scratching part is yet to come; the alien himself has volunteered to teach and train the kids so that they can kill him. Yup!

This anime provides a very gripping story supported by an array of funny and over the top cast who never fail to provide us with the “anime-vibe.” It ran for 2 seasons, and the whole thing is available on Netflix right now.

Another anime where students go to school for something other than normal education, this time, it’s cooking!

Soma Yukihara is a young creative chef trying his best to surpass his old man as the better chef. This teenager is courageous and confident with his cooking from the get-go and his easily shown as the best, unlike in anime fashion where the protagonist has to work his way up there. Being so good in the food game, he makes a lot of friends and enemies, which keeps the storyline exciting and us on the edge of our seats.

Food Wars has 5 full seasons of tasty and delicious food packed episodes. This is the only anime where you’ll find yourself drooling over most scenes, so we recommend having some snacks nearby as you binge-watch the whole thing. Check out the trailer and watch the whole thing on Netflix:

Of course, Naruto has to be on the list; you expect us to make a list about anime that showcases a special type of school for super-talented kids and not include Naruto, no way.

If you don’t know the story of Naruto, you, sir, have been living under a rock. The story of the most fired up ninja and the holder of the nine tails is something which is etched into anime legacy. Amazing storytelling, sublime characters, jaw-dropping battle scenes, and a story packed with drama, romance, comedy, and tragedy makes this an anime that is never to be missed.

All 5 of them have the potential to keep you drawn to your screens without missing a second. Happy watching!