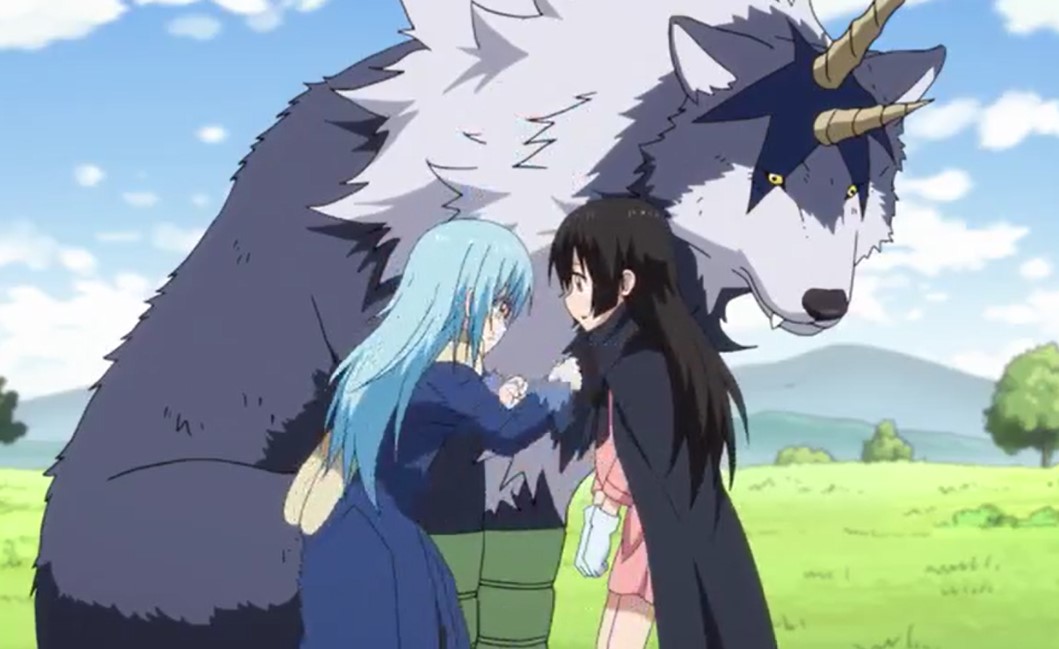 Myulan told Youm the truth about Demon Claman’s plan, but Youm decided to accept her. Myulan decided to put her life at stake and cover the Tempest with a shield. She knows that other nations are attacking the Tempest, but no one is aware. Reyheim is surprised why the blast that he sent to the Tempest got repelled away. Myulan is not afraid that Clayman might destroy her heart. She knows that she has betrayed Clayman by shielding Tempest instead of sticking to the plan.

Clayman has Myulan heart in his custody, and if she fails to give him information about the Tempest he will destroy it, and she will die. Myulan chooses to protect the man she loves (Youm) even if it might cost her life. At the same time, Shion is clashing with Shoga. Rimuru has set off from his school; he is heading back home. He not even aware of what is happening at the Tempest. On his way home, Rimuru felt the presence of something.

Episode 7  will be airing on Tuesday, 23 February 2021, at 11:00 PM JST. Make sure not to miss a single episode on Tuesday. Try this anime officially on AnimeLab, Crunchyroll, and Funimation. 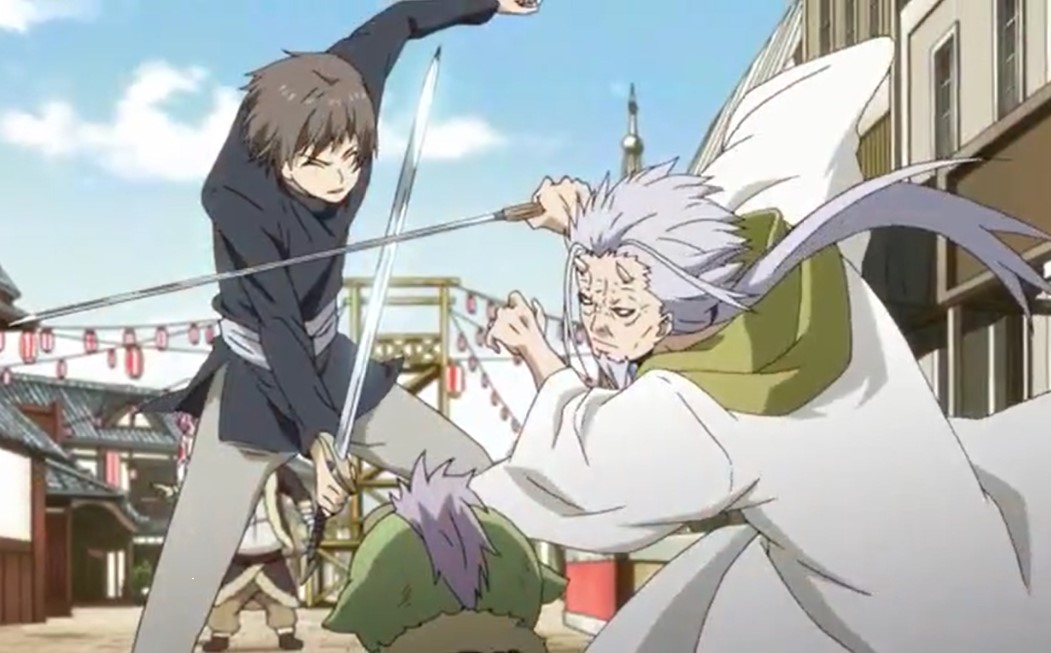 Rimuru finds that a barrier around him is sealed. Souei teleports and warns Rmuri about the danger he is in. Rimuri talk with the Great Sage, who told him that he had been enclosed within a wide-range barrier. All spatial interference skills that would permit exit are sealed. Spatial movement cannot be used, and Rimuru is surprised at what is going on. Rimuru notices that Ranga is no longer in his shadow.

Great Sage told him that the use of skill within the barrier is sealed. Rimuru orders Great Sage to use Resist, and it was successful. But all magic skills will be limited, and Rimuru realizes that the one who put up the barrier wouldn’t make Souei notice. Rimuru thinks that if the barrier has trapped him before, they could use Though Communication to tell him about it. Rimuru is wondering why the enemy has sealed all his fighting skill before fighting him.

Rimuru thinks that it is the work of pro who is used to fight the monster. While he is wondering, there is a man sneaking behind, and Rimuru thing that someone is attempting to murder him. Rimuru realizes that there is an enemy behind him, and he turns around. He saw an unknown person coming towards him with a shielding sword. Rimuru notices that it is the Holy Knight guardian of law and order who are the monster’s sworn enemies.

The lady told Rimuru that it is nice to meet him even though they will be saying goodbye to each other. Rimuru comments that he thinks it is the first time they are meeting, and he asks how he can help her. He also told her that she must be mistaking him for someone else. The lady replies that Rimuri is very polite to be the leader of a Monster Nation. She calls him by his name Rimuru Tempest, and he realizes that this is a plot. 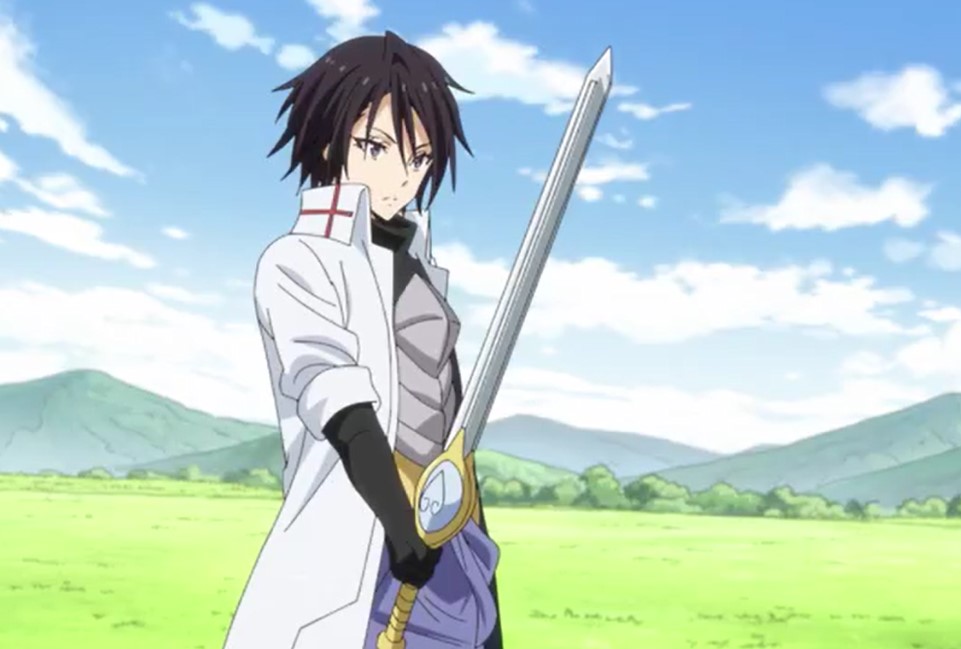 Rimuru tries to act like it is not him and asks her why she thinks someone like him is not a leader. He also told her that she could tell by looking that he is just an ordinary adventure. The lady told him that playing dump won’t help him to receive an anonymous tip. Rimuru is wondering who sold him out. The lady said Rimuru’s city is standing on her way. Rimuru should leave, or she will destroy his nation.

Rimuru asks her if she is talking about destroying Tempest. She must not tell him that she has started attacking now. The lady told him maybe while at the Tempest, Myulan shield is still protecting the nation. No attack can come from outside, but the inside forces are fighting with the monsters inside. Gobta was about to be killed by the guy who came with Shogo. The old geezer came and sent the guy flying while saving Gobta. The guy asks why an old geezer like him is interfering.

Hakuroi told the guy to respect some old man who just saved his student. He also told him that he is not an old geezer; he is Hakuroi. The two started fighting, and the enemy managed to cut Hakuroi. Gobta collapses since his master is cut in front of him. The enemies started to dominate the Tempest; they burned the house and started to kill monsters. At the same time, the lady who encounters Rmuru reveals that she served as God’s right hand in the Holy Empire of Ruberios. 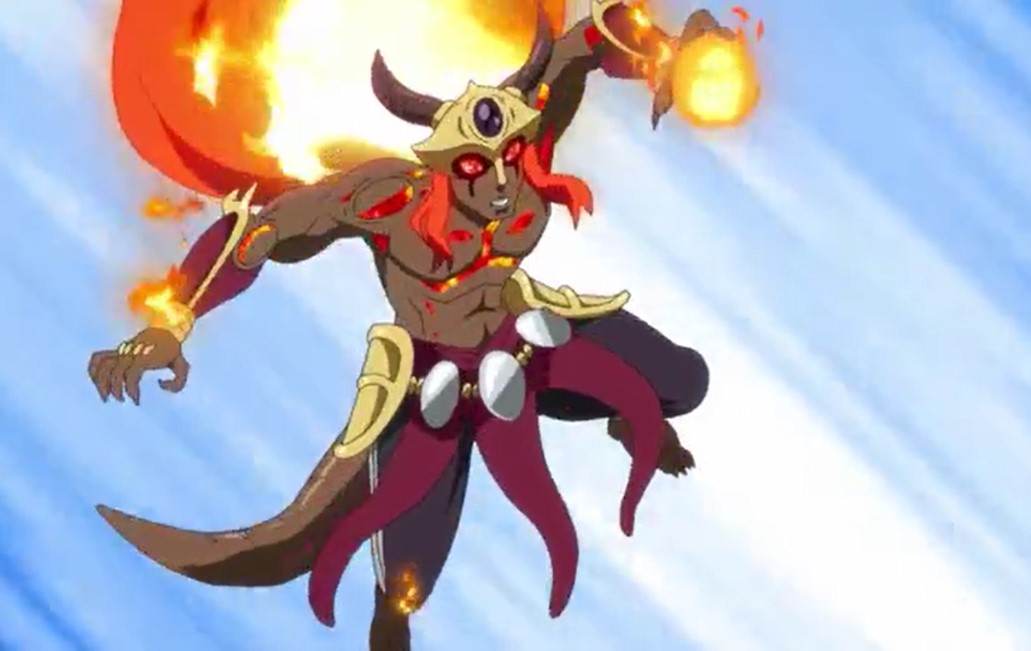 She also serves as Chief Knight of the Imperial Guard and Captain of the Holy Knights. She said that her name is Hinta Sakaguchi. Hinata attacks, and Rimuru dodges. Rimuru said she wants to talk with her about something and Hinata said she wants to avenge Shizu. She thinks that Rimuru is the one who killed her master. Rimuru reveals that Shizu has asked him to help Hinata since he is Japanese, just like her.

Hinata thinks that Rimuru is telling her jokes. Rimuru reveals that he died in Japan, and he was reincarnated here as a slime. Hinata is carrying someone’s intel who killed Shizu. Rimuru notices that and realizes that it will be hard to convince Hinata. The two continue to exchange blows, and Hinata landed six strikes. She reveals that the dead-end rainbow utilizes the power of her sword. It guarantees that her opponent dies on the seventh strike.

Even if her opponent is a spiritual being, and he comments that Rimuru is finished. Rimuru unleashes the superior spirit of fir, Ifrit, that got defeated. Hinata said he is attacking with her last move. Rimuru also said the same, and when she attacks with Dead-End, she unleashes Glattony. That Hinta’s seventh strike and that Rimuru last move to put back Hinata on her sense. The battle will find out how has won between the two.

Make sure to check the latest development of battle and Myulan story here: Episode 6 That Time I Got Reincarnated as a Slime Season 2.