10 Lord Voldemort Facts You Did Not Know. Some villains have a greater impact on the people that even after the series ended, they remain in talk forever. Harry Potter’s Villains are very intimidating and not less than a nightmare. Every single character has something mysterious yet interesting tale. Lord Voldemort has a very dark past, and he is one of the mysterious characters in Harry Potter. In every installment of the movie, we are introduced to some more interesting and amazing facts about the villain. However, still, it does not matter how much you study about Lord Voldemort, he will always remain a mystery.

Over the years, the author has released plenty of information about him through her tweets. Well, those who follow Miss Rowling on social media knew a lot about the Harry Potter characters. However, for the unversed, here in the article, we will talk about Lord Voldemort Facts You Did Not Know.

Lord Voldemort’s name is enough to make people shiver with fear. Nonetheless, he was destroyed by his magic. Without making you wait any longer, let us delve into the article and find out 10 Lord Voldemort Facts You Did Not Know.

One of the most talked-about characters in the Harry Potter world, Lord Voldemort, is incapable of love. His mother, Merope fell in love with Tom Riddle Sr, and that led to a series of events that ultimately make her son unlovable. He is not only unlovable, but also he is incapable to love someone.

Merope was a witch, and she became infatuated with a muggle Tom Riddle Sr. To have his love, she gave him a love portion that led to the birth of Voldemort. As she conceived him because of the effect of magic, her son became incapable to love someone. When Tom snapped out of the effect, he fled while Merope died, leaving Voldemort an orphan. With time, he grew up cold, and as he grew older, he became more vicious and fearful. 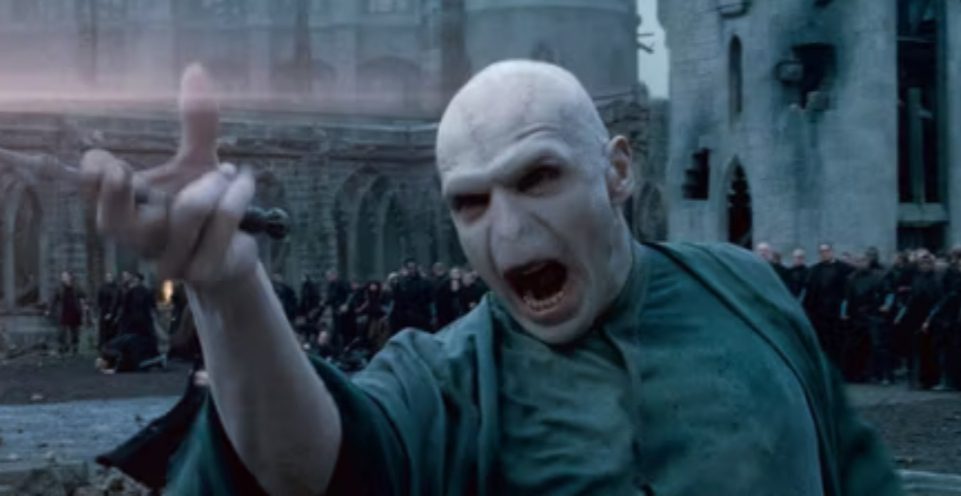 It did not come as a surprise for the Harry Potter fans, as those who are following the series since the beginning might be aware that Voldemort is a Half-Blood. Although his assertion to rule the muggle world has taken up his mind, fans were surprised to know that Lord Voldemort is a Half-Blood wizard. He was the son of a muggle, Tom Riddle Sr, whom he killed when he was 16. His father, Tom has a connection with Gaunt Family, whose lineage is traced back to Salazar Slytherin.

3) His Family has A History To Marry Their Cousins

Lord Voldemort’s father Tom Riddle Sr, has a connection with Gaunt Family, who are well known for marrying their cousins. Dumbledore highlighted this in Harry Potter and the half-blood prince. To maintain their pure blood lineage, some of the wizards’ families avoid intermarriages. One such family was the Malfoy family.

4) He Made His Horcrux

Although Lord Voldemort was fearful and dangerous, we can’t ignore the fact that he was very intelligent. The idea of severing a part of the soul and putting it into some object is still terrifying. But not for Dark Lord, he created his first Horcrux when he was just 16.

Also, Lord Voldemort is the only Wizard who created the highest number of Horcruxes. Even his pet snake Nagini was a Horcrux and the one he got from his grandfather’s ring. Harry Potter was the final Horcrux that Voldemort was searching for.

5) His Fate is worse Than Death

All through his life, Lord Voldemort worked to create the Horcruxes and want to be immortal. His dream of being immortal led him to get a worst fate than what he deserved. Voldemort died instead, he was trapped in Limbo, struck raw, stunted frame for eternity. His fate is to spend the rest of his life trapped in a cage as a punishment for someone who challenged the natural phenomena of life and death.

One of the most talked-about topics was what happens to Voldemort’s nose, why is it like that? Although there is no satisfying answer to the question, nonetheless over the years many theories have taken over the wizarding world. Some believe it was because of his resurrection after the Goblet of fire. His body was mashed up half being like a human and the other half was of a snake.

Some others believe that it was because he pushed the boundaries of magic and tries all the unnatural methods to create Horcrux over the years and that led to his nose being like that.

When we pronounce Voldemort, well the last letter T is silent in it. In one of the tweets, JK Rowling revealed that the letter “T” in Voldemort is silent. The correct pronunciation of his name is “Vol-De-More.”

Voldemort is known to have different ones in different languages. For instance, in French, he is known by the name of Tom Elvis Jedusor. In Dutch, he is called Marten Asmodom Vilijn.

8) Meaning Of His Name

We all know that every character in the Harry Potter series has a name that reflects their personality. Likewise, Lord Voldemort’s name also has a deeper meaning of his name. The name is taken from the French language. In his name “Vol” means flight, “De” mean “Of” and “Mort” is the French word for “death.” Voldemort means Flight of death.

Less do the people know but Voldemort has a child. Voldemort has an unstable daughter with Bellatrix Lestrange, Delphini. However, the fans did not appreciate the idea of Voldemort having a baby as they considered it a too far-fetched story. If his daughter was born, then Voldemort would also have a reason to live a happy life.

Also Read: Harry Potter Movies Ranked According to the Fans