Let’s talk about the High Rise Invasion Season 2 release date and everything about it. Firstly, High-Rise Invasion,’ a death-game original net animation (ONA) from Netflix, is based on a Japanese manga series written by Tsuina Miura and illustrated by Takahiro Oba. The story takes place in an “abnormal space” that resembles a huge metropolis connected by suspension bridges. One day, the protagonist, a young girl named Yuri Honj, finds herself in this bizarre environment and discovers that if she wants to survive, she must either run or kill a bunch of aggressive masked figures. Here’s everything you need to know about ‘High-Rise Invasion’s finale.

The series has received favorable reviews since its debut, with critics complimenting the show for its clear animation and unpredictable plot. There have already been numerous whispers about a possible second season. Here is what we have discovered thus far. In this article, we shall explore the debut season’s plot, details, and an ending explainer so you will know from which point they will pick up the series. Now without further ado, let’s begin covering this topic.

Can this anime have a second season?

Yuri is in her classroom one moment, and the next, she is on the roof of a skyscraper in an “abnormal space.” She soon discovers that her brother Rika has also been brought there, and her primary goal becomes to reunite with him. She encounters Mayuko Nise early in the series, a prolific knife-wielder and seemingly emotionless former angel with and smiling mask. They become fast friends and comrades, assisting one another in surviving in this chaotic world. Yuri, who was initially confused and afraid, eventually emerges as an exceptional game player. She and Mayuko eventually developed additional key partnerships with other players and rebuilt masked figures such as Sniper Mask.

In the climax, Yuri, Mayuko, and their allies prepare for an anticipated attack by the masks controlled by Mamoru Aikawa, a powerful Closer to God who once controlled 30 masks. Mamoru sends Great Angel, a mask with horrifying abilities that Mamoru must seal in order to gain control of his thoughts. The Great Angel causes havoc among Yuri’s allies and even kills Kazuma Aohara, a Closer to God. Meanwhile, before using the Railgun System, Sniper Mask consoles Kuon Shinzaki, another Closer to God.

No, Yuri and Reki do not reunite before the end of season 1 of ‘High-Rise Invasion.’ While they each declare that finding each other is their top goal at the start of the series, protecting their respective supporters eventually takes precedence. Swimmer Mask kidnaps Reki on Mamoru’s behalf just as Yuri becomes a Closer to God. When Yuri learns of this, she embraces her darker side and sets out to find those guilty for her brother’s kidnapping. Fortunately for her, Mayuko is there to draw her back from the brink.

Their potential reunion remains a major story component throughout the season. Kuon and Mayuko’s joint effort substantially weakens Great Angel in the climax. Yuri appears after fighting Swimmer Mask and seals Great Angel’s powers, taking control of him with her newly awakened manipulation ability. She makes the entire process appear straightforward, but Mamoru was perilously near to failing. This means that Yuri has immense potential as a Closer to God and may be the most likely winner of the game.

The deal with Mamoru

Mamoru threatens Yuri after learning the truth about Reki and Yuri’s relationship via Student Mask, ultimately breaking through the wall of chilly detachment that Reki has erected around himself in prison. Each sibling’s greatest source of weakness is the other. And their adversaries are learning to take advantage of this.

Their potential reunion remains a major story component throughout the season. Kuon and Mayuko’s joint effort substantially weakens Great Angel in the climax. Yuri appears after fighting Swimmer Mask and seals Great Angel’s powers, taking control of him with her newly awakened manipulation ability. She makes the entire process appear straightforward, but Mamoru was perilously near to failing. This means that Yuri has immense potential as a Closer to God and may be the most likely winner of the game.

Mamoru threatens Yuri after learning the truth about Reki and Yuri’s relationship via Student Mask, ultimately breaking through the wall of chilly detachment that Reki has erected around himself in prison. Each sibling’s greatest source of weakness is the other. And their adversaries are learning to take advantage of this.

The ‘High-Rise Invasion’ mask-wearing figures have had their minds hacked through the masks, which are effectively sophisticated gadgets that govern the wearers’ behavior. Season 1 introduces four different sorts of masks and the individuals that wear them: smiling angels, furious angels, emotionless angels, and faceless angels. Angel masks are the most frequent sort of mask. Their major goal in the game is to make their victims depressed so that they would eventually commit suicide. If that fails, the murder command is issued. If a mask is unable to fulfill this requirement, a suicide command is delivered to the wearer. Another command is Hibernation, which forces a rebellious or defective mask to die slowly and painfully.

The major role of the guardian angels is to prevent God’s creation or the destruction of the existing realm, both of which appear to be the ultimate goal of this game. The emotionless masks are non-combatant wearers whose main task is to provide supplies and information to others. The users of the faceless masks draw closer to God and earn many skills, including the ability to manipulate angels whose wavelengths match theirs. Unlike the other three masks, which remain on the user once the link is effectively formed, the faceless masks shatter after the link is successfully formed. Angels have the fewest separate brain functions of all the masks. They can, however, obtain some agency after connecting with a Closer to God. 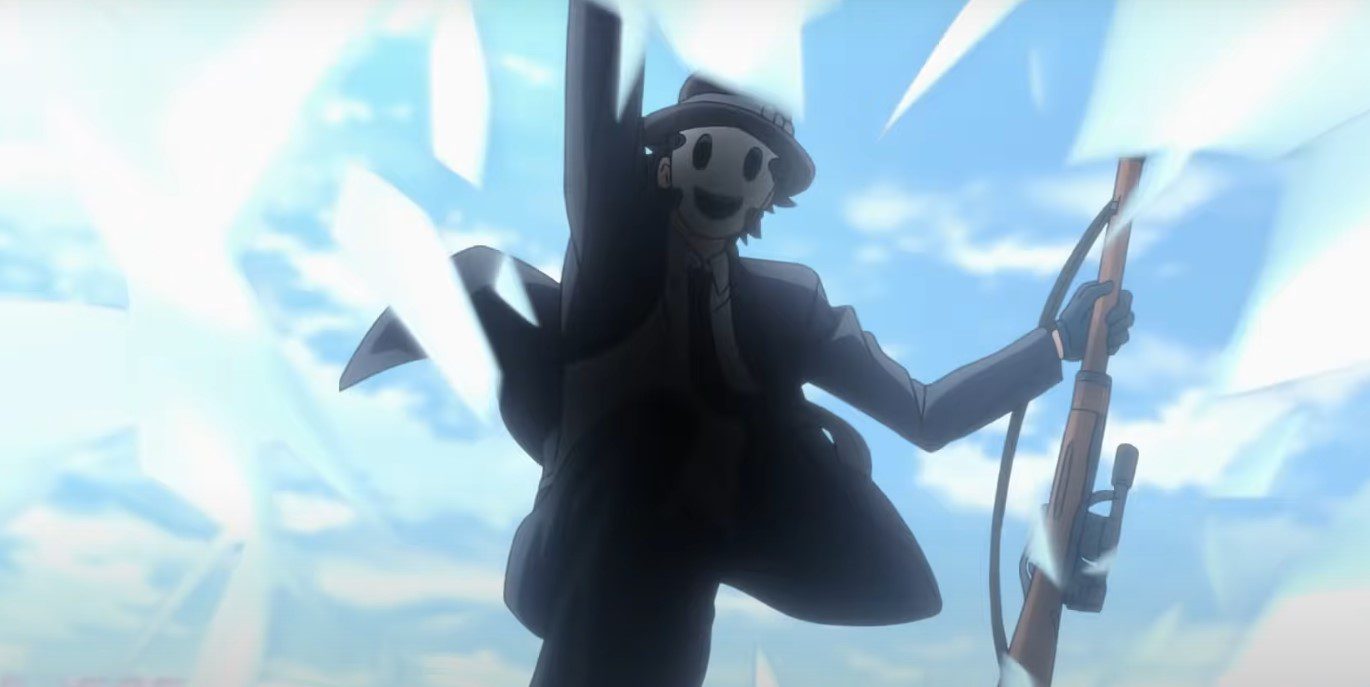 The Main Unanswered Question From Season 1

This is one of the major unsolved mysteries at the end of the season. Mamoru is the main antagonist of season one, and both Yuri and Reki see him as the greatest threat to themselves and their allies. Mamoru understands that the actual goal of the game is to become God and is actively striving toward that goal. However, he is most likely not the story’s true adversary. A complicated and intrinsically vicious game like this is destined to have a devilish inventor and equally disturbed administrators, both of whom Yuri’s actions have most likely garnered the attention of.

Season 1 of ‘High-Rise Invasion’ culminates with Yuri and his companions defeating the masks sent by Mamoru Aikawa. Yuri destroys Swimmer Mask before sealing Great Angel’s talents and puts him under her control as a Closer to God with her newly obtained manipulation abilities. Mamoru realizes Rika and Yuri are siblings and eventually gets an emotional response from the former when he threatens the latter. Yuri declares at the end of the episode that she will find her brother and destroy this awful realm. The hunt for Rika may continue in season 2. Yuri might learn new skills. The game’s genius and administrators may also be revealed in the coming season.

High Rise Invasion hasn’t been greenlit for a sophomore season for the moment. Firstly, Netflix and Zero-G have been very tight-lipped about a renewal. For one part, anime has a different renewal pattern from other productions, and their renewals take time and depend on several factors. There are a number of factors that can affect whether or not an anime series is renewed for another season. One of the most important factors is the popularity of the show. If the anime is popular and has a large following, it is more likely to be renewed. Another factor that can affect renewal is the ratings. If the show has high ratings, it is also more likely to be renewed. Finally, the decision of whether or not to renew an anime series can also come down to financial considerations. If the studio behind the show feels that it is not financially viable to produce another season, then it is unlikely to be renewed. With this information, we conclude our coverage of this Netflix anime here at Otakukart. Thanks for your attention, happy streaming, and see you soon!