The four freshmen roommates at the center of the HBO Max teen series “The Sex Lives of College Girls” are Kimberly, Bela, Leighton, and Whitney. The four girls become closer as they embark on a journey to experience the adventures that await them in their college years. The girls’ relationships, insecurities, and emotional and sexual lives are explored as the comedy series moves forward. The four friends learn to value their special friendship as they navigate the joys and challenges of college.

The show Mindy Kaling and Justin Noble created debuted in November 2021. It received a lot of positive feedback from the critics, who praised it for portraying young adulthood, gender, and sexuality. Fans of the show must be wondering if the girls will return to Essex College for more adventures after an incredibly entertaining first round. Here is everything we currently know about season 2 of the show.

Bela initially has second thoughts about her choice to inform Eric and Evangeline of Ryan. This becomes even more evident when Eric loses it over Bela and declares that Ryan would never do what she is alleging. Evangeline reassures Bela that she made the right decision, but she is unsure of this. Later, Eric apologizes to Bela for asserting that her accusations were untrue and tells her he believes her and will take action.

When Ryan arrives at the Catullan, Eric, Carla, Bela, and Evangeline are all there. When they confront him about his actions (which he denies), they demote him from co-editor and expel him from The Catullan. Bela leaves her seat at The Catullan because she no longer feels like she belongs there. Soon after, Evangeline and Eric also decide to part ways, and Evangeline then approaches Bela about forming an all-female comedy troupe with her. 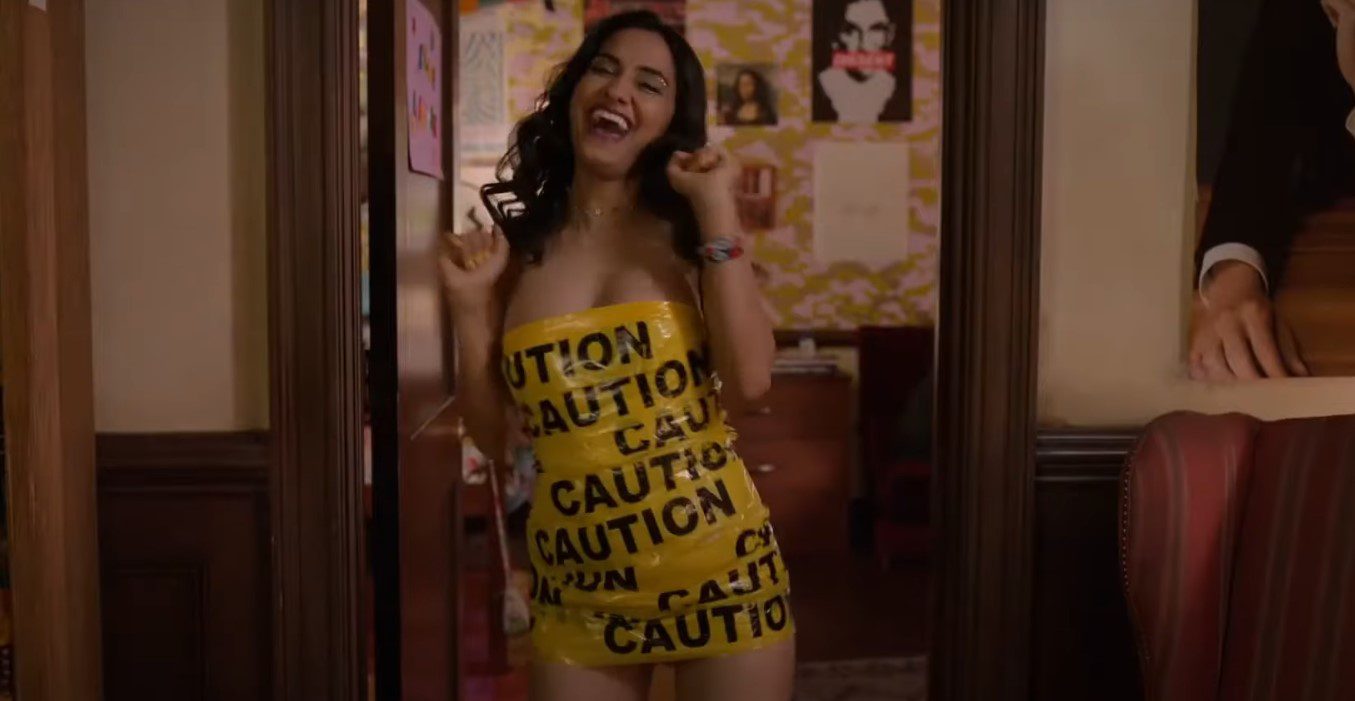 The sophomore season will return with more sex and more jokes than ever!

Whitney Gets A Visit

Senator Chase decides to stop by her daughter’s dorm while on her tour. She is concerned for the well-being of the person involved because she has seen the report about the affair. Whitney informs her that Willow, not she, was responsible. Willow is initially perplexed as to why she used the pronoun “her,” but she assumes the role and stands in for her friend during lunch. Whitney eventually understands, though, that she must be honest. Initially upset that she felt she had to lie to her, her mother later tells her she is there for both the good and the bad. It’s acceptable to not always feel fine. 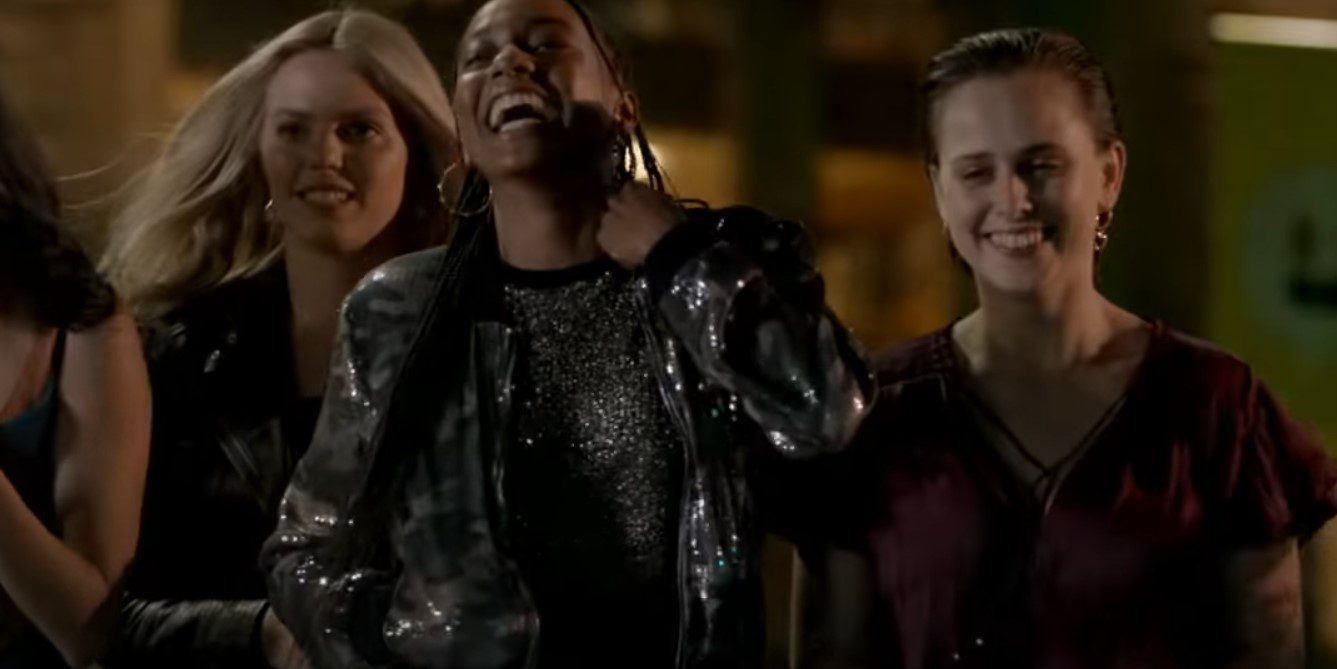 A still from Sex Lives Of College Girls Season 1

She doesn’t want to be with someone in the closet, which is why Leighton and Alicia broke up. Because she doesn’t want that mark to follow her around for the rest of her life, Leighton is unsure when she will be ready. While they miss one another, they must move on when she visits Alicia at her apartment.

The following day, Leighton spends a large portion of it in bed, upset, so Kimberly tries to cheer her up. Kimberly questions Leighton’s admission that she ended a relationship with someone she liked and places the blame on herself; any guy would be lucky to be with her. It wasn’t a guy, Leighton says; it was a girl. Although shocked, Kimberly claims that living her truth is the only way for her to truly be happy. Leighton thanks her as they exchange hugs.

Kimberly was exposed as a test cheater in the previous episode. She devises a plan to steal the other tests from the Theta house and turn them in because she fears being expelled and disappointing her parents. Nico naturally catches her and inquires as to whether or not she is doing this in retaliation for him. He tells her to turn in the tests because the expulsion is not worth it after she admits that she was caught.

She tears during her hearing and swears she won’t do it again. She was sent to Essex at great risk to her family, and her behavior there has been out of character; she has never been in trouble before. She submits the exams and awaits the next action. She receives an email while eating lunch with her roommates informing her that she won’t be expelled but will revoke her scholarship.

Kimberly, Bela, Leighton, and Whitney begin the first season of the show adjusting to life in college. Leighton begins his college career with academics while Whitney begins with soccer. Going to a naked party is where Bela and Kimberly begin their adventures. Whitney begins a relationship with Dalton, but due to events, she is forced to consider her feelings for Canaan, Kimberly’s coworker.

Leighton and Alicia get along well. However, because Alicia feels uncomfortable dating a closeted person, their relationship starts to go awry. Leighton confesses that she is a lesbian when Kimberly arrives to comfort her. Ryan is expelled from the team due to Bela and others criticizing him at The Catullan for his actions. After cheating on a test leads her down a path she would never normally take, Kimberly worries the worst. She finds out that her scholarship is being revoked despite not being expelled.

The conclusion of season one may be where the program’s second season begins. Leighton might be able to accept herself more fully if she comes out to Kimberly. She might even be able to mend fences with Alicia if she gains the courage to escape hiding. Kimberly narrowly avoids expulsion, but the lack of a scholarship could harm her. We can anticipate that Bela and Evangeline will form their all-female comedy troupe and pursue their passion on a more independent and original basis. Canaan and Whitney might also spend more time together.

The majority of the cast will return, and some new faces might pop up

In addition, recurring roles for Rob Huebel’s Henry, Nicole Sullivan’s Carol, James Morosini’s Dalton, Sierra Katow’s Evangeline, and Kavi Ramachandran Ladnier’s Reena may still be available. Given that Conor Donnally (Ryan’s character) was kicked out of The Catullan, it is unclear when he will return. But shortly, we can anticipate new cast members for season 2.

Where To Watch Sex Lives Of College Girls?

If you want to stream this show, go to HBO Max, HBO Go, or HBO Now, as this is an HBO original series. You can get HBO Max as a standalone platform or as an add-on on top of your Hulu or Amazon Prime Video subscription.

Mindy Kalin developed this comedy with HBO and we will see it return for a sophomore season.

Season 1 of The Sex Lives of College Girls debuted on HBO Max on November 18, 2021, and concluded on December 9, 2021. Ten episodes totaling 24-51 minutes each make up the first season. We have updates to share about the potential of a new season! HBO Max announced on December 7, 2021, that “The Sex Lives of College Girls” had been renewed for a second season. The renewal is a just reward for the program’s first season’s success. The biggest original comedy launch on HBO Max in 2021 is the sex comedy-drama, which is also one of the most popular shows.

In the words of Sarah Aubrey, Head of Original Content at HBO Max, the first season’s impact is clear. Upon hearing that the show had been renewed, Aubrey said, “Mindy Kaling and Justin Noble have created and written a show full of heart, female friendships, and awkward naked parties. If you had sex in college or not, she continued, “We are thrilled that this funny, honest portrayal of the college condition has resonated for everyone. We are eager to follow the future adventures of these remarkably complex yet relatable characters.

Fans might have to wait for the show to return even though it has been renewed for a second time. The second season of “The Sex Lives of College Girls” should air sometime in Q4 2022, given the lengthy filming and post-production schedules. With this, we conclude our coverage of this Mindy Kalin show here at Otakukart. Thanks for your attention. Happy streaming, and see you next time!