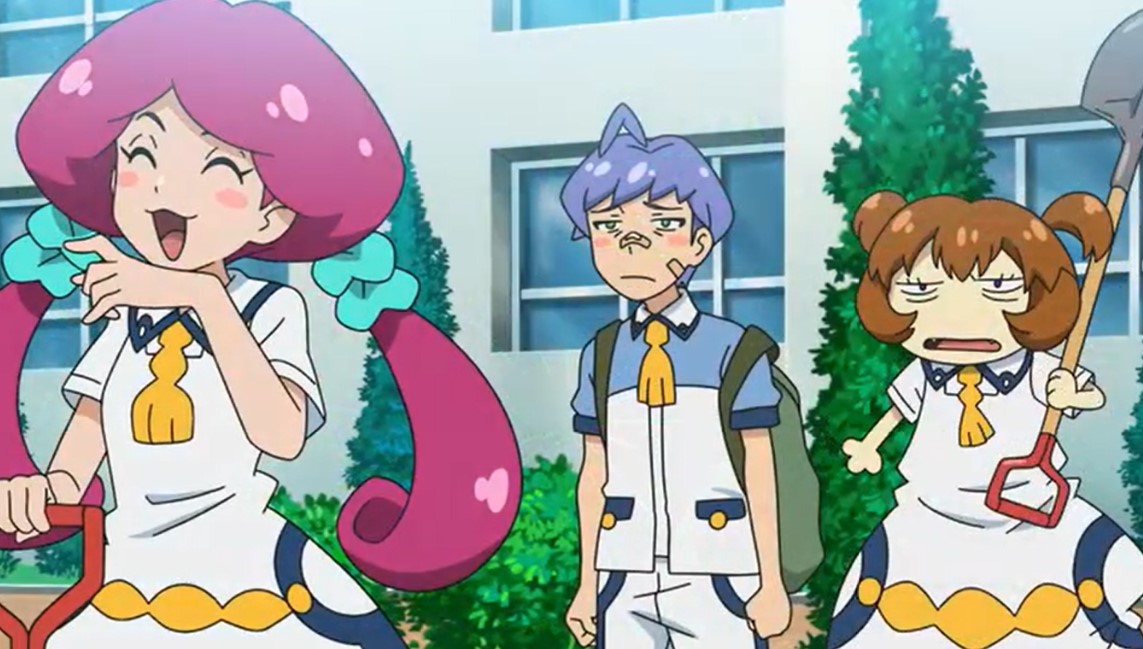 Satoshi is praising the new school uniform that Goh and Koharu are wearing while two scientists test an experiment on a new Pokemon. They find out that even today when that pokemon touches firestone, it doesn’t evolve. They try to use a thunderstone, and it didn’t work, which makes them wonder why he can’t evolve. Meanwhile, Koharu and Goh are walking on the street. Goh asks Koharu why she hasn’t caught any Pokemon, and she replies that she has Wanpachi.

Goh comments that Wanpachi belongs to Director Sakuragi, and he is talking about catching her own Pokemon. Koharu reveals that she doesn’t have to catch the Pokemon because she is the Director’s daughter. She adds that her mom told her that a day would come when she will decide to choose her own path. The two met with their teacher, and Goh promises that he will be at school when there is a test.

The latest Pokemon 2019 Episode 50 will be released on Friday, 8 January 2021, at 6:55 AM JST. The Pokemon anime drops a new episode every Friday. This Anime releases its latest new episode every Friday. Beware of the spoilers of the following episode, so make sure to be mindful when you continue. You can watch this Anime officially on Netflix. Scroll down below for more info about Pokemon. 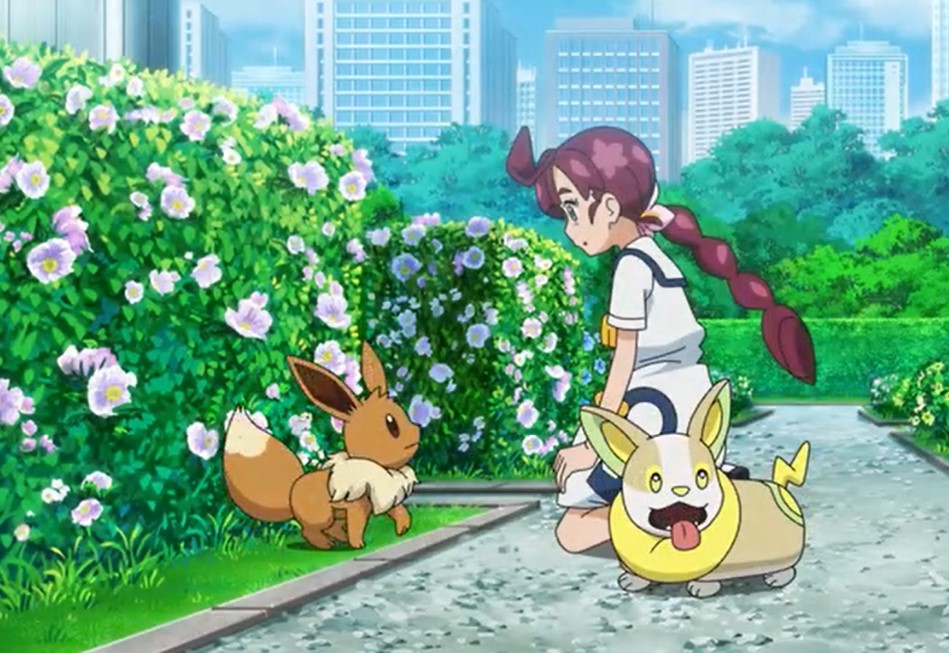 The teacher told them that they must not forget to leave their pokemon in the garden. Goh accompanies Messon to the garden, and she started watering tears. Every pokemon started to cry since her powers allow her to control everyone’s emotions. Goh also started to cry, and he realizes that he has to summon someone to take care of Meson. He summons Aceburn and left telling him to take care of Messon.

Aceburn started to babysit Messon, trying to stop her crying, and Team Rocket spied on them. They think that they have to take all the pokemon inside the garden. Wanpachi met with the mysterious pokemon and became friends. The scientist started to chase the mysterious pokemon revealing its name is Eevee. Wanpachi runs with Evee to safety, and Satoshi is looking for Wanpachi, who got spotted by Pikachu.

Pikachu warns Satoshi, who notices that two scientists are chasing Wanpanchi and Eevee. Satoshi joins the chase while Team Rocket is sneaking inside the garden. They put themselves in disguise, trying to act like other students inside the school. Wanpachi and Eevee manage to get out of the scientist site and head near the classroom where Koharu is.

Wanpachi signals Koharu that he is in danger, and Koharu notices that. Koharu asks her teacher, and she allows her to go out in the middle of exams. She met with Wanpachi, who introduces her to Evee, and Koharu realizes that she has to protect Eevee from being captured by scientists. At the same time, Santoshi thinks that he has lost track of Wanpachi. Later Goh finds Koharu hiding and asks what she is doing, and she shhh him.

Goh notices that Koharu is carrying Eevee, and he is excited. He reveals that Eevee is an amazing Pokemon with eight confirmed evolutions. He then asks Koharu why she is hiding, and she replies that Eevee is being chased. Goh decided to destruct the two scientists for Koharu to run to safety. The two scientists spot Eevee with Koharu. While Team Rocket manages to capture all the pokemon on the other side and Satoshi shows up.

Santoshi tries to save them, but he falls inside the pit dug by Team Rocket as a trap. Goh and Koharu also showed up with two scientists chasing them. They got cornered, and the scientist tells them to hand over Eevee since they don’t have elsewhere to run. Goh refuses, stating that they won’t give Eevee to bad guys like them. The two scientists reveal that they are not bad guys; they are researchers from Eevee Evolution Laboratory.

Goh, Eevee, and Wampoachi work together and send Team Rocket’s Pokemon flying. When they wanted to escape, Pikachu attacks them with an iron tail and free all the Pokemon inside the machine. For the final blow, Satoshi orders Pikachu to punish them with 10000 volts shocks. Later the researcher met with Director Sakuragi and apologized for the misunderstanding.

While they leave with Eevee, Koharu started to miss Eevee. Eevee notice that and head back to say a final goodbye. The scientist reveals that Eevee has stable genes in general, and he can’t evolve. They ask Koharu if she can take care of Eevee, and they both agree; Goh gave Koharu a monster ball. He tells her that it is her first catch, and she captures Eevee. She decided that she will always stay by Eevee’s side.

For today with these latest updates so far, we end his week here along with the latest preview of this Anime. Next week we will be hitting again with other updates of the upcoming episode.