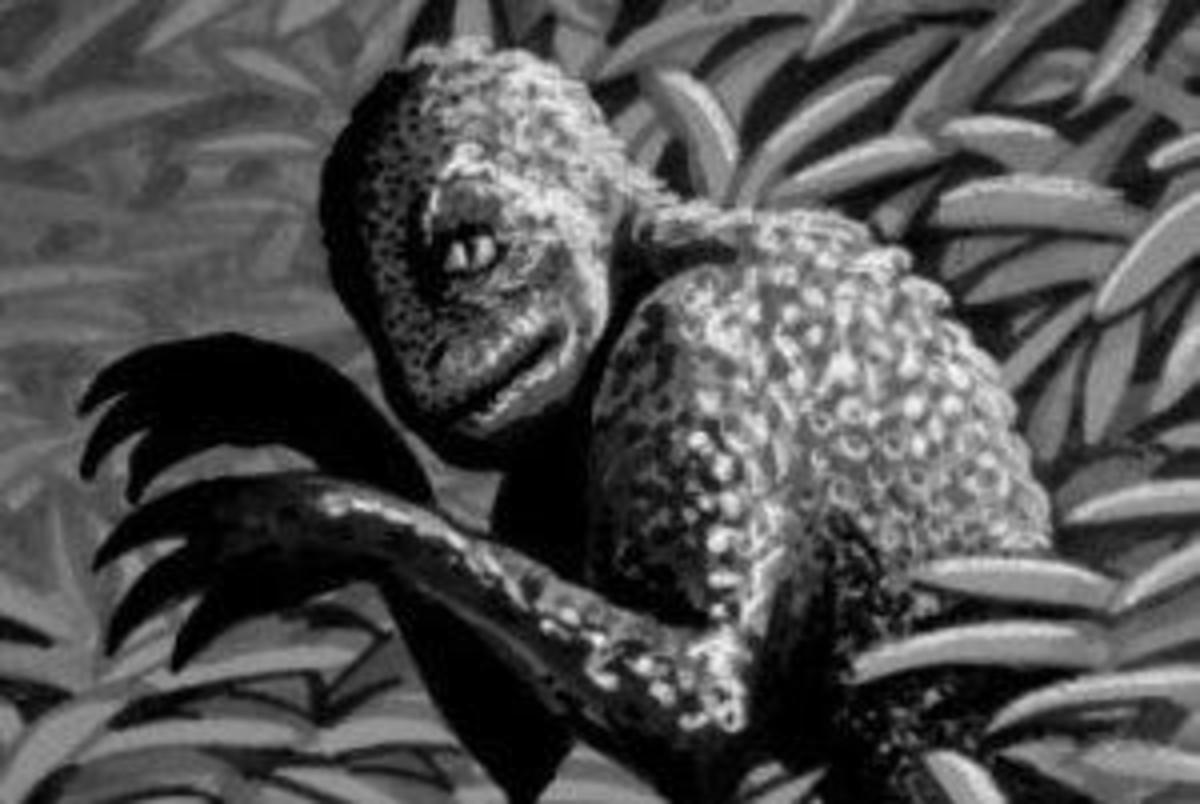 Numerous reports of a monster as well as strange bite and scratch marks on cars parked close to the wetland were made. The majority of incidents allegedly happened within a 3-mile radius of Bishopville’s marshes. Police officials at the time responded to reports with worry and skepticism, stating that apparently trustworthy individuals had reported enough sightings for them to believe that something real was being seen.

A stunning seven feet tall, with fiery red eyes, green-colored scaly skin, and long black claws on its three fingers. What else but a Lizard Man could it be? This month, The Lizard Man story turns 34.

The beast’s origin has been the subject of numerous theories, including those involving live dinosaurs and even evolutionary offshoots in which the reptile hierarchy developed like that of early primates. It is not impossible that the dominant species on the planet—reptiles—could have continued to evolve in small numbers without being noticed by humans at one point in time.

The reptile is the oldest and most successful species on the earth and may contain secrets that have not yet been revealed, even though no reptilian species known to man has shown symptoms of such sophisticated evolution. A bizarre reptile humanoid has been described several times in Lee County, South Carolina.

Legend Of The Lizard Man Of South Carolina

On July 14, 1988, in Lee County when the sheriff’s office looked into a report of a car damaged overnight while parked at a residence in the neighborhood of Browntown outside Bishopville, South Carolina, on the edges of the Scape Ore Swamp, various cases that eventually evolved together to conclude a monster is living in the swamp named The Lizard Man. According to reports, the car featured tooth marks, scrapes, and hairy, muddy footprints.

Christopher Davis, a 17-year-old local, broke the story that made the Lizard Man famous. He told the sheriff that two weeks prior, a creature that he described as “green, wet like about 7 feet (2.1 m) tall and had three fingers, red eyes, skin like a lizard, snakelike scales,” damaged his car.

Davis claims his car got a flat tire while returning home after working the night shift at a fast food restaurant at 2 AM on June 29, 1988. After he fixed it, he noticed a monster approaching him. As Davis got in his car and started to drive, the monster quickly climbed onto the vehicle. When he engaged the brakes, the creature rolled from above the vehicle, and Davis had time to get away. 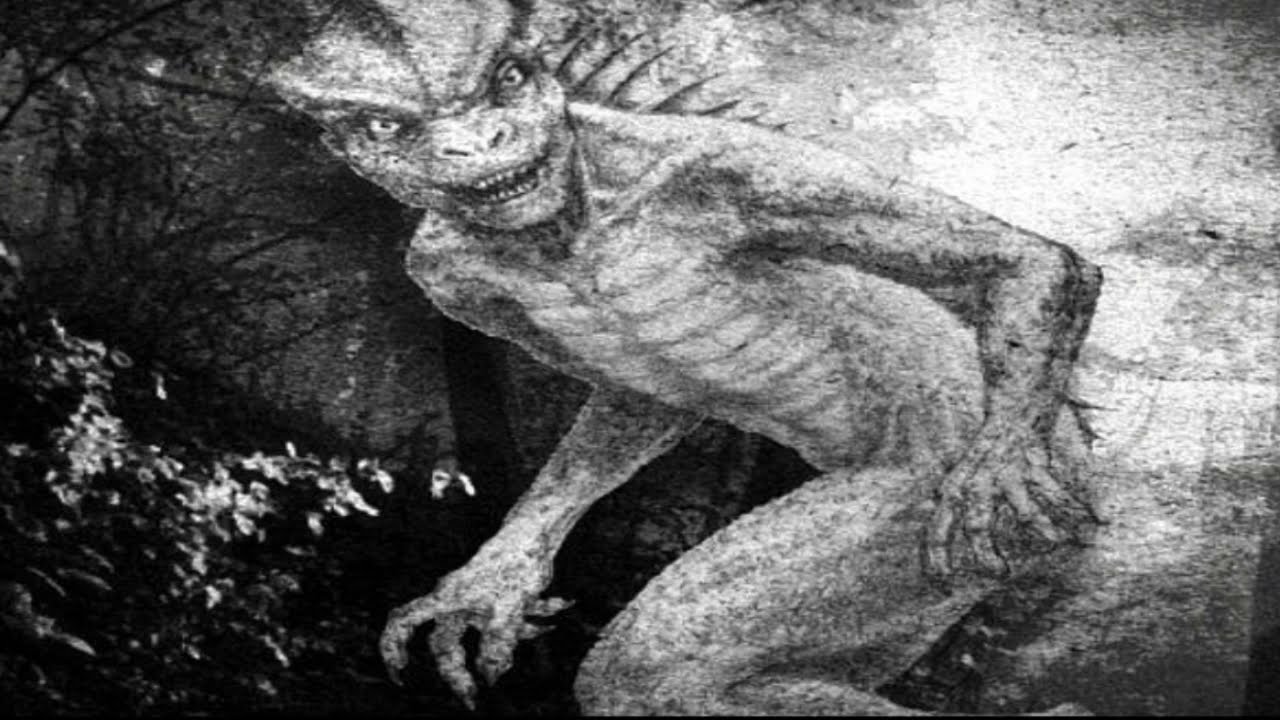 Additional claims of a huge lizard-like creature surfaced many times in the month that followed the Davis sighting. Police were called to the scene of some vandalism just two weeks later. A car had been robbed not too far from the marsh throughout the night. Deep scratches could be seen all over the body, the antenna was bent, and the chrome trim appeared to have been eaten off. More cars were savagely damaged and chewed on close to Scape Ore Swamp throughout the summer, and more people claimed to have seen a huge, scaly green man lurking in the woods and swamps.

The Lizard Man then abruptly returned into the marsh as the fall’s chilly days and nights drew near. After his summer’s reign of terror came to an end, a legend was created.

What’s The Real Truth Behind The Lizard Man’s Tale?

Ben Radford, a skeptic investigator, claims that Chris Davis’s story’s specifics fall short of inspection. The details varied considerably over the course of the following weeks and months, including the creature’s appearance from having scales to “being packed with mud,” the distance Davis was from it when he first saw it, and whether or not it attacked the car. Radford questioned Davis’ ability to perceive the Lizard Man creature’s details at two in the morning when there was no nearby lighting, and the moon was not at its brightest.

If Davis spotted the creature in the dark while locking the trunk of his car, he still had to reach back to the driver’s seat to get away, but the thing was so quick that it matched the car’s speed when Davis was traveling at 40 mph (64 km/h), so how did Davis manage to escape? Another oddity was the absence of images showing Davis’s car’s damage. The sheriff’s department created several plaster casts of what appeared to be three-toed footprints two weeks after the Davis sighting, measuring about 14 inches (36 cm) in length.

However, they decided against sending the casts to the FBI for additional analysis after biologists informed them that the footprints were unclassifiable. The traces did not resemble any known animal footprints and could not have confused them, according to Johnny Evans, spokesman for the South Carolina Marine Resources Department. Evans also ruled out the possibility that a deformed creature may have created them.

A former journalist, Jan Easterling, in The State’s Camden office, produced the first journalistic account of the Lizard Man. East of Columbia, in three primarily rural counties, Easterling was tasked to report on everything that occurred. That’s how Liston Truesdale, the sheriff of Lee County, first mentioned a creature resembling Bigfoot to her. She produced a short narrative that was published on the main page and quickly received widespread notice.

In 2010, the fabled beast was shown on the television program Destination Truth. The creature is listed among the beasts in children’s books like Maniacal Monsters and Bizarre Beasts. The lizard man is discussed in length in Linda Godfrey’s 2014 book American Monsters: A History of Monster Lore, Legends, and Sightings in America and Cryptozoologist Lyle Blackburn’s 2013 book Lizard Man: The True Story of the Bishopville Monster. The lizard guy also appeared on the Fact or Faked episode titled “Reptile Rampage” on SYFY. Over 100 newspapers throughout the nation carried the original contemporaneous story.