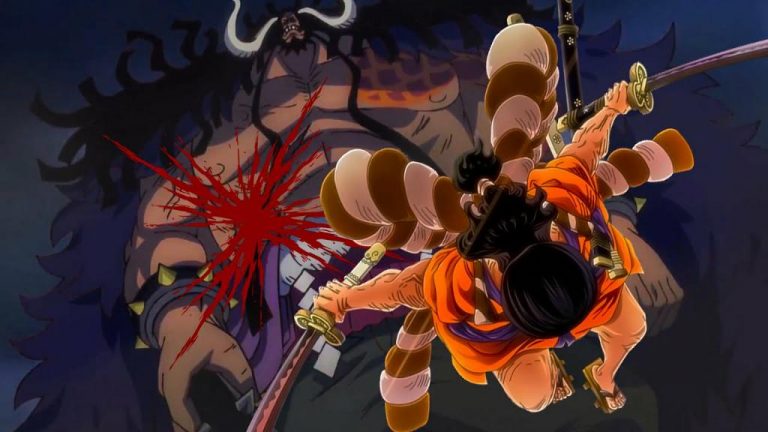 In this post, we are going to be talking about

release date, spoilers, and predictions. One Piece manga is just in the blazing form right now. Oda is releasing one awesome chapter after another. One Piece chapter 970 was just amazing. It was titled ‘Oden vs Kaidou’ and it did manage to live up to its hype thankfully. The chapter started with Oden and his nine subordinates went to face Kaidou and his thousands of men. When Oden took aim at Kaido he was able to damage him which no one had seen before and no one has seen since then.

The scar on Kaidou’s chest is due to Oden Kozuki but once again the clone-clone devil fruit of Kurozumi Higurashi made the difference as she transformed into Oden’s son and Kaido took advantage of this situation and managed to kit Oden. Oden and his subordinates were caged and sentenced to die. The chapter was amazing.

When Is One Piece Chapter 971 Release Date?

One Piece chapter 971 official release date is (the manga is delayed to 16 February) but the scans will be out by Friday 14 February 2020. This chapter is going to be an awesome one for sure as it will show us how the legendary Oden Kozuki was killed.

One Piece manga is just getting better with time like some fine wine. In the next chapter, we will get to see what actually happened between Orochi and Oden that made him dance naked. It seems that Orochi and Kaido had asked him to do so and in return, they would not harm Wano Kuni in any way but Kaidou obviously did not stay loyal to his word. In the new chapter, we’ll also get to see the public execution of Oden Kozuki and how actually the nine samurai of Oden was saved by Toki. All the fans are excited about the next chapter as it will most probably be the final chapter of Oden’s flashback.

There are various unofficial websites that provide the scans of One Piece but the ones that used to provide good scans are all blocked now. But you can read the best-quality manga through Viz Media and Mangaplus both of which provide free new manga chapters. Do make sure you do not use any pirated means to read the manga.