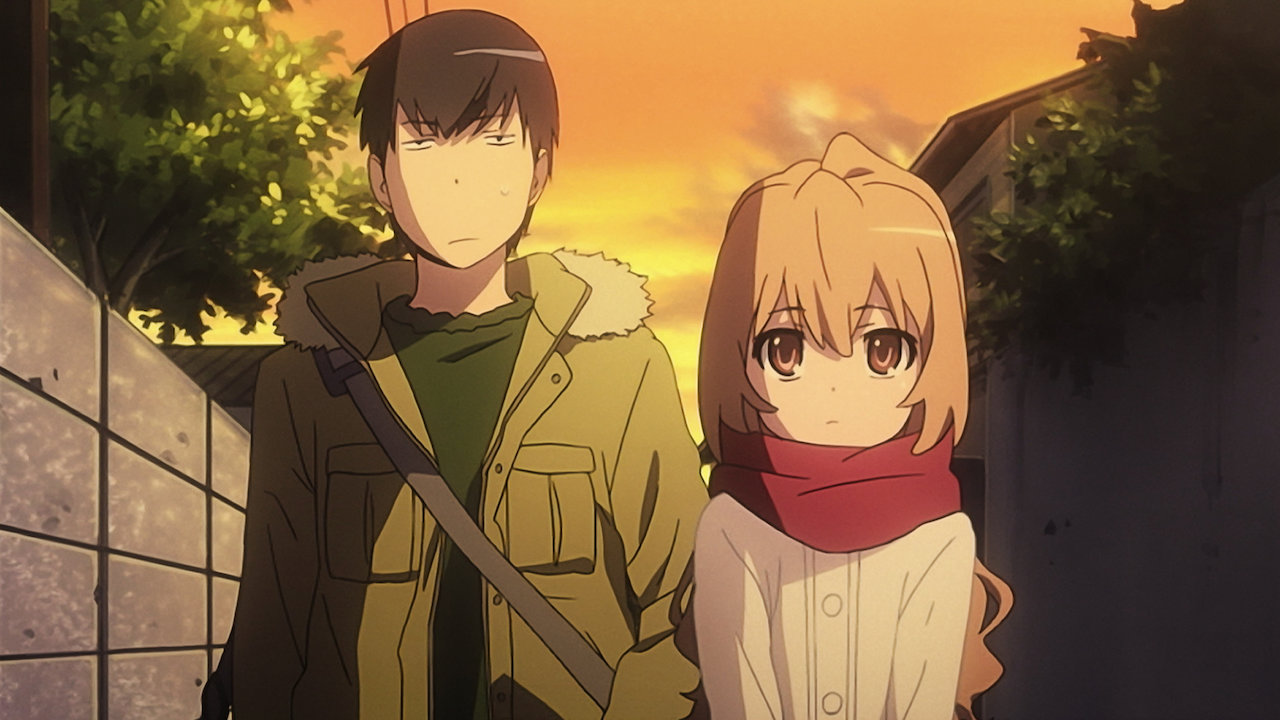 Toradora, an animated show, has been written by Yuyuko Takemiya, while Yasu has accomplished its illustration. It throws light on two students from high school who are determined to get together with each best friend of the other. Later in the scenes, we witness a change because these two have a transformation of heart as they spend time together. Toradora obviously is one of the beloved anime shows out there, and some of the critics believe that it is one of the best slice of life anime. IMDb has included the show in its list of top 2000 romantic anime. Well, if you are a person who loves Taradora and would like to come across other anime of the same genre, then we have wrapped up some content here.

Golden Time throws the entire spotlight on a man whose name is Banri Tada. He is hoping to start a new life after going through a very tragic accident. During this event, all the memories of his past have been washed out, and he does not know what has happened. Later, we witness that he comes across a woman whose name is Kouko Kaga. She encourages him to make sure that nothing gets ruined in this new life of his and all the new memories that he makes.

Like we have witnessed in Toradora, Golden Time is one heck of a comedy show with romance. It also has employed major chunks of drama as well as humor. Both these anime shows have a plotline where the main female protagonist falls for someone they did not expect to. Golden Time is also a popular anime in the genre of a slice of life. There even are many fans who argue that the show hits too close to home. 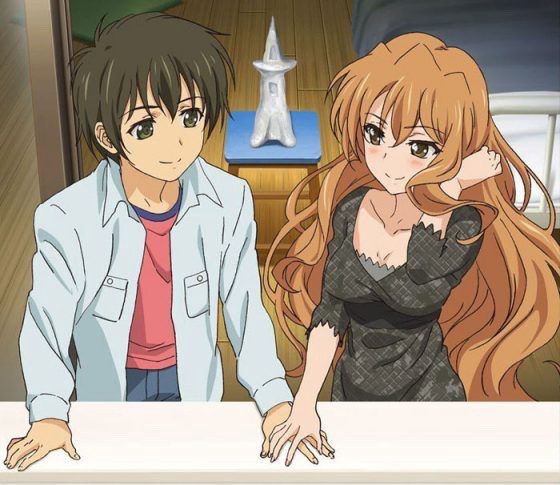 This anime show, Clannad, is about a lad named Tomoya Okazaki. The ordinary life that he is living changes when he befriends a girl. Her name is Nagisa Furukawa. He also gets close to a variety of other people who all teach him the values of familial and friendly bonding. Thus, the plot of this anime revolves around the quest of Tomoya to learn how his life can become even more interesting with others by having each other’s back. Clannad is surely a romantic and comedy show that has used drama as its main element. It is not afraid to tug at a fan’s heart when it places all its character under some hectic situations. Clannad has achieved so much love from the audience that MyAnimeList had to make it one of the best romance anime. 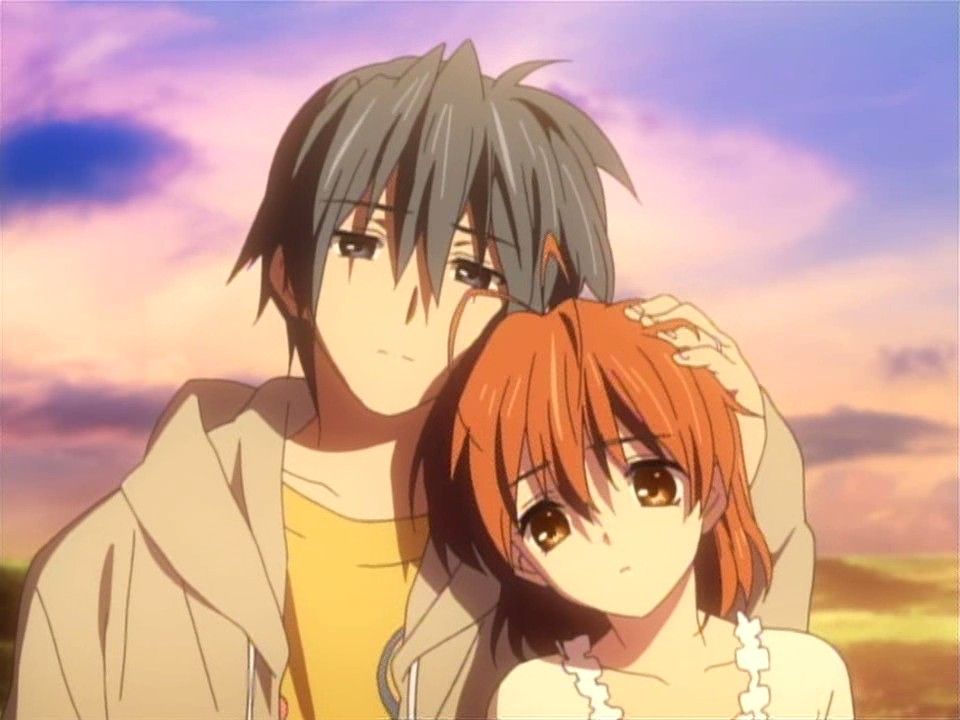 This anime series is about a boy whose name is Yuuji Sakai. He is attacked by a Denizen who happens to be a being from the other world. He is later saved by a girl who has blazing red hair and eyes, and her name is Shana. Before he can receive some advice from Shana, he is reduced to a fainted memory while standing on the edge of getting exterminated.

Thus, this anime shoe throws light on the quest of Yuji and Shana to eradicate the threat of Denizen. This anime series, Shakugan no Shana, tackles all the concepts, including romance and comedy, and drama. Shakugan no Shana also spends a good portion of its entire run in creating the bond between Yuuji and Shana. This fact successfully satisfies the urge of some fans about the shipping of the characters. 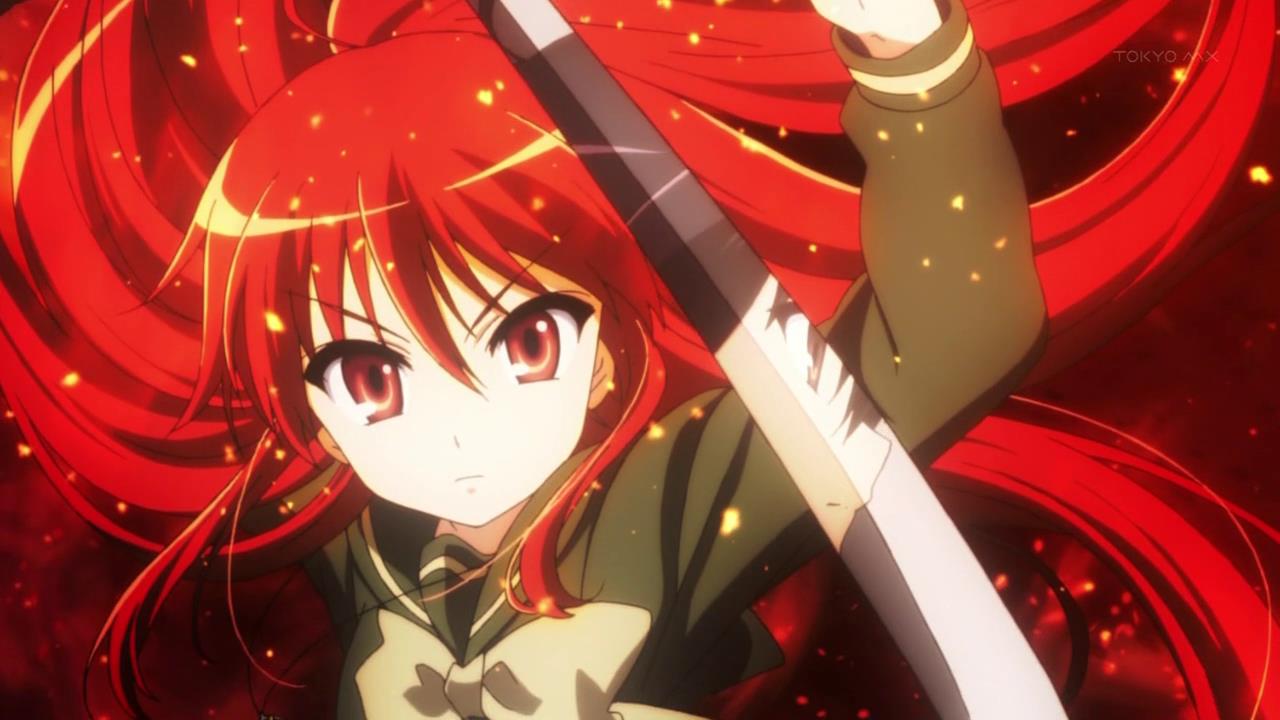 This anime series, Nisekoi, is about a lad whose name is Raku Ichijou. He is forced to pretend to like the daughter of a rival yakuza gang leader named Chitoge Kirisaki. He does so to eliminate any bad blood his family has with hers. This is why the anime throws light on Raku on his quest to satisfy his family’s wishes and secretly find out about the special girl from his fainted memory actually is.

Like we have seen in Toradora, Nisekoi also places its male protagonist with a girl he never had feelings for. These anime have major chunks of humor and drama, and romance that will impress all the fans. People who like Nisekoi also argue the fact that this anime show should actually receive a spin-off. This factor indicates how intensely the fandom of this anime is serious about it.

This anime show, School Rumble, revolves around a girl whose name is Tenma Tsukamoto and a boy named Kenji Harima. They are enduring a very complicated time while confessing their feelings to all the people they love. Thus, we witness the show throwing light on two characters and their mission to win over their crushes from high school. School Rumble consists of an immense amount of comedy and a very colorful cast of characters that fans are going to love from the start until the end.

My Love Story!! It is about a boy whose name is Takeo Gouda. He had a terrible love life because of his muscular and large body. His sadness further gets ignited by Makota Sunakawa, who can win the heart of any woman because of his appearance and charm. Although, when the entire hope felt like it has been lost, a girl named Rinko Yamato enters Takeo’s life. He saves this lady from the grasp of a pervert. Takeo assumes that she has feelings for Sunakawa and decides to help her through it and win his heart.

He is doing all of this even though he is interested in finding his true love. Toradora and My Love Story share the same genre, that is, romance as well ad comedy. They both also have male characters that look a bit frightening while they are having some difficulties in winning the heart of a woman. For people who like the romance aspects of both series, IMDb even argues that My Love Story is one of the best romance anime series available out there.

This anime series is about a girl whose name is Sawako Kurunoma. She is not able to make any friends. Later in the scenes, we witness that she invests her feelings in a male classmate of hers whose name is Shouta Kazehaya; what Sawako does not know that Kazehaya feels the same way for her. She does for him. Kimi No Todoke throws light on a protagonist whose appearance is not what their personality is. This show takes place in a high school. The creators have also employed a decent amount of comedy and drama that should satisfy a lot of fans.

Continue Reading: Other Anime Shows That Fans Of Cells at Work Should Try