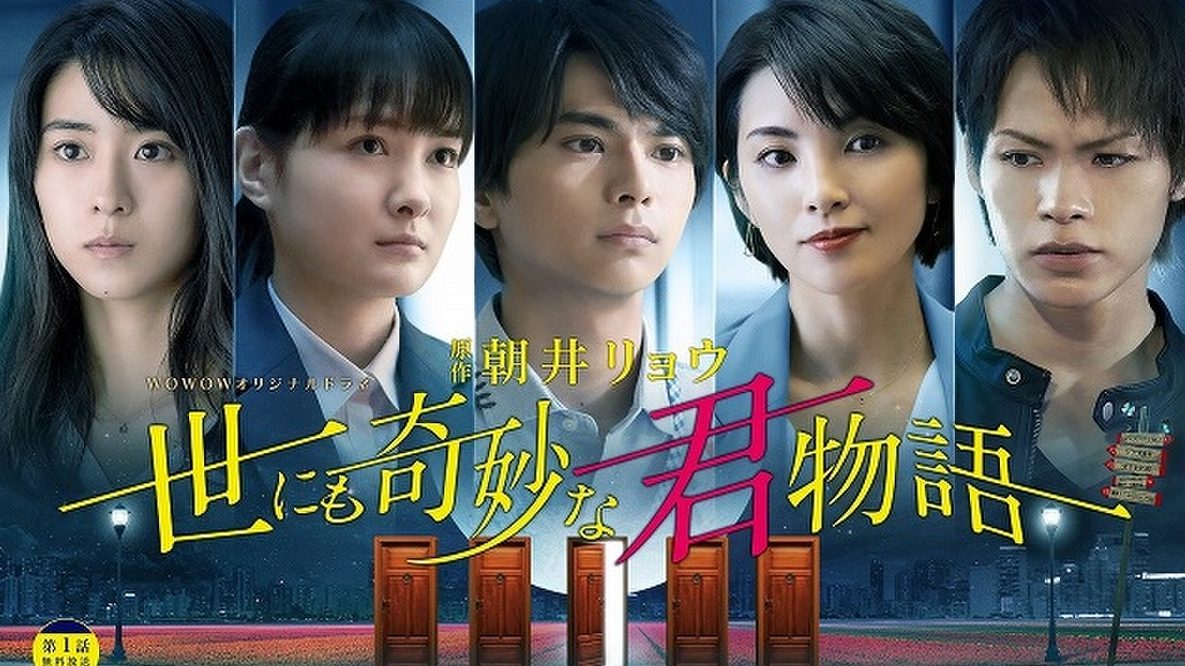 Nowadays, the Japanese are quite popular and in-demand like Korean dramas. Japan is most famous for its awesome anime. But, the dramas found their inspiration from anime or any other novels. Mostly, Korean dramas are made based on Japanese dramas only. Now, it’s good news for Japanese drama lovers that another drama is finding its way soon in March. The adaption for Yonimo Kimyona Kimi Monogatari is not from any anime, but rather a novel. There is very little information as to the development of the drama. But we do have everything on the plotline and cast for the upcoming Japanese drama. Let’s get into the details of the Yonimo Kimyona Kimi Monogatari.

Yonimo Kimyona Kimi Monogatari is an omnibus drama series that will soon be premiering in Japan in 2021. WOWOW original network will feature the drama. There will only be five episodes of the drama. The most unique thing about the drama is that every episode will have different stars with different plotlines. It is the very same thing that attracts the curiosity of many to the drama apart from it being a very short drama. The other name for the series is The Strangest Story of You. Yonimo Kimyona Kimi Monogatari will release on March 5, 2021, and will run until April 2, 2021. It will air every Friday of the week.

Yonimo Kimyona Kimi Monogatari is a usual life drama. Watanabe Chiho is the screenwriter for the series, with Ikezawa Tatsuya as the director. The drama series found its inspiration from the story contained in a 2015 release novel, The Kirishima Thing. Ryo Asai, who is one of the best writers of Japan, wrote the novel. Moreover, production for the series is almost completed as the drama is coming out soon this week. The names of the five episodes are Sheahausa Nai, Riaju Saiban, Tate! Kinjiro, 13.5 Moji Shika Juchu Shite Yomena, and Wakiyaku Battle Royale, respectively.

The first leading cast is Kuroshima Yuina, who will play the role of Hiroko Tagami in the first episode. She is a beautiful and talented actress born on March 15, 1997. She is well known in Japan as a model, tarento, and actress. The second leading cast is Wakana Aoi, who will play the role of Tomoko Yazawa in the second episode. She is popularly well-known for her 2015 drama, High School Chorus.

Shori Sato, who will play the role of Kojiro Kanayama is the third leading cast for the drama. He is one of the multitalented people who got success in almost every field. Shori is a Japanese idol besides being a voice actor, singer, pop idol, actor, and tarento. Further, he is also a runner who won the fifth position in the 2012’s Hawaiian Marathon race.

Rena Tanka, who will play the role of Hona Kaori, is the fourth leading cast for the drama. She won previously the award of Best Actress in 2001 for Hatsukoi, and Best Newcomer in 1999 for her Give It All performance. Tatsuya Ueda, who will play the role of Jun in the fifth, is the last leading cast for the drama. He is also one of the multitalented people that achieved quite success and popularity in the entertainment circle. Tatsuya is a singer, actor, radio host, and songwriter besides being a member of the KAT-TUN band.

The first episode starts with Hiroko Tagami as a freelancer in writing. She decided to write on share house and the reason for self-sufficient adults living together in such a rented place. Thus, she decides to go secretly and live in such a share house. Furthermore, she would also observe the people living together. Hence, her journey begins in a share with four other salaried people.

The second episode starts with the enactment of a communication law for evaluating the faithfulness of people to life. But, a postcard is received by Tomoko Yazawa suddenly one day. The rest of the story will form what the postcard contains and the changing of his life from thereon. The third episode starts with Kojiro Kanayama as a teacher in the kindergarten. But, he strives to the children lively even after doing many things for their development and growth.

The fourth episode starts with Kori Honda as a mother with a great love for her writing jobs. She is a news writer of Japan for different websites on the Internet. The fifth episode will portray Jun struggling to realize his dreams. However, he decides to take part in a famous director’s audition, including six other women and men.

Read More: Will There Be A ‘While You Were Sleeping Season 2’?

KDrama ‘Revolutionary Sisters’: What We Know So Far

Another Review: A Horror Series You Cannot Escape