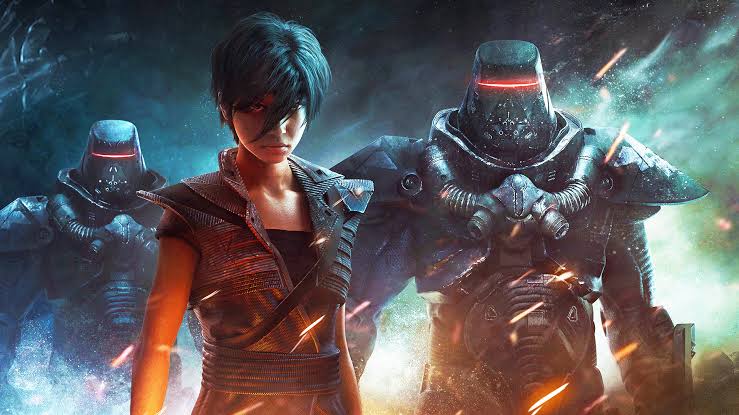 Developed by Ubisoft Montpellier and produced by Ubisoft, Beyond Good And Evil 2 is an action-adventure video game that is yet to be released. The first part of the game released in 2003. The name of the director is Michel Ancel, and the writer is Gabrielle Shrager. The composer of the game is Christophe Heral. The game can be played in both single-player and multiplayer modes.

The Gameplay of Beyond Good And Evil

Having an action-adventure genre, the game is based on an open world environment. The game is played through a third-person perspective. In this game, the player gets a much more traditional role-playing gameplay, which was not the case with the first part of Beyond Good And Evil. When the game starts, the player begins with the lowest level of society. The gender of the player can be either male or female.

The player attains a particular character according to the level of the social system. The players improve themselves by completing various tasks. These tasks include visiting other planets and meeting the newly discovered societies on these planets. When the player completes such tasks, they gain new crew members which can also be improved over time.

These crew members will help the player explore the space even better. With the help of the crew members, the player can discover a wide range of societies on different planets. Completing the tasks successfully will help the player gain new spacecraft and upgrading it. These spacecraft have better technologies which help in further exploration of the space. When the player visits a new planet, they gain knowledge about new technologies and receive new accessories that can later be used for its own spacecraft, and help to improve the performance of the spacecraft.

So, completing these missions and tasks is important for the upgrades of spacecraft and crew for better performance as it is necessary for the gameplay. The director of the game also confirmed that the story of the game will have particular events, and the gameplay will depend on the decisions taken by the player throughout the game while exploring the planet. 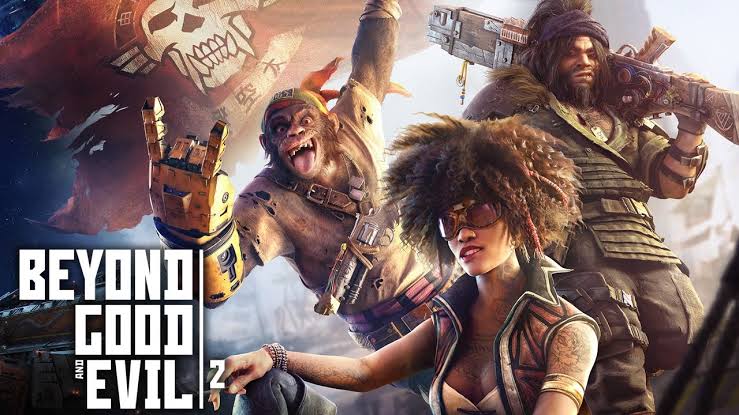 Beyond Evil And Good 2

Development of Beyond Evil And Good 2

Beyond Evil And Good 2 has been in development for a long span of time. The first part of the game released back in 2003. The game was liked by the critics and also gained a lot of popularity. The only problem for the developer was the game didn’t sell well in the market and it was considered as a commercial failure.

Ever since the second part of the game is being developed. At one point of time Beyond Evil And Good 2 was also considered to be in production hell, as the progress of the development of the game was so slow that it was nearly impossible to complete the project even after deadlines.

In 2007, Nintendo Power conducted an interview with Michael Ancel, the director of the game. When asked about new projects, Ancel revealed that he was working on a new game which was very close to him, and even mentioned about the character Jade of Beyond Evil And Good, and said that it could come back again, with the same personality.

In another interview with Jeuxvideo.fr which is a French magazine, Ancel stated that the sequel of the game has been in pre-production over the past year. After a month, Ubisoft released a trailer for the next project, however, it consisted of the same characters and music assets from Beyond Evil And Good.

After the release of these trailers till the year 2016, there were many speculations that were made about the release of the sequel of the game. But it was still unclear about when the game would be released. Meanwhile, Ubisoft and Michael Ancel both made conflicting statements about the game. There were a lot of rumours about the game being put on hold by Ubisoft, but Ancel and Ubisoft cleared out the rumours stating that it was still in production. Another source also said that Ubisoft hadn’t decided the title of the game, hence the production of the game had been stopped. This claim was also rejected by the developer Ubisoft and director Ancel.

When the year 2016 ended, Ancel uploaded some images related to the game showing a younger version of the character. This was a hint about the sequel of Beyond Good And Evil. After a short span of time, an official update was released by Ubisoft confirming the production of Beyond Evil And Good 2.

The development of the sequel of Beyond Good And Evil 2 is being done under Voyager Engine which is a new engine developed by Ubisoft Montpellier. Christopher Heral, who composed the music of the first game, will be returning for the sequel of the game.

Design of Beyond Evil And Good 2

The CEO of Ubisoft, Yves Guillemot announced that, unlike the prequel version of the game, Beyond Good And Evil 2 will be made much more accessible for the coming generation of gamers, which would save the game from commercial failure, as the previous game was also a commercial failure.

The game gives the players the ability to explore different planets using spacecraft and discover new societies in space. To support this, the team of  Michael Ancel and Ubisoft began creating a whole new tool for the simulation of the solar system. This started almost three years before the reveal of E3 2017. Voyageur was the game engine in which the tool was used.
A combination of procedural generation and elements designed by the team is used by the tool to help assemble the elements of the planet which gets created out of this process.
The preliminary work of this tool was finished by the team of developers just before the release of E3 2017. This also helped them begin creating and designing the rest of the game. After this happened, Michael Ancel revealed that they stood at the “Day Zero” of the whole development process, which means the actual developing of the game had just started.

Trailer Of Beyond Evil And Good 2

What are the platforms of Beyond Evil And Good 2?

The platforms for Beyond Evil And Good 2 has not been officially announced yet. There are several rumors which suggested that Beyond Evil And Good 2 would exclusively release just for the Nintendo platform. However, these speculations were dissolved when Ancel announced it was not true. Later, a listing was out by “Space Monkey Program” which states that the game would release on platforms like Microsoft Windows, PlayStation 4 and Xbox One. Later Ancel disclosed that the listing was out due to the bug, and no official listing has been announced. He also mentioned that the game was designed in a way that it could run on multiple platforms.

What is the release date of Beyond Evil And Good 2?

There is currently no information about the release date of Beyond Evil And Good 2. However, we do expect the game to release in 2021, and not before. The prequel of the game was released back in 2003. The director of the game Michael Ancel has declined to disclose the window of the expected release date of the game. This is because the game has been in production for years now. Amid the pandemic of COVID-19, it will possibly take even more time to complete the production of the game and get it released. So, the release of Beyond Evil And Good 2 in 2020 is highly unlikely.

Important Updates About Beyond Evil And Good 2

In an interview with Eurogamer, the director of the game Michael Ancel disclosed that this will be a direct sequel of Beyond Evil And Good. The story and the characters won’t get recreated and will remain the same. When compared to the original version of the game,  it would be much more complex and immersing in nature. Ancel said this was possible only because of the currently used advanced generation hardware, although this will lead to a delay in the time taken to develop the game.

Ancel also said that there will be some changes in the form of the game, yet the initial script will remain the same. This sequel of the game will portray a world that would be earlier than a generation of the birth of Jade, one of the main characters of the game.