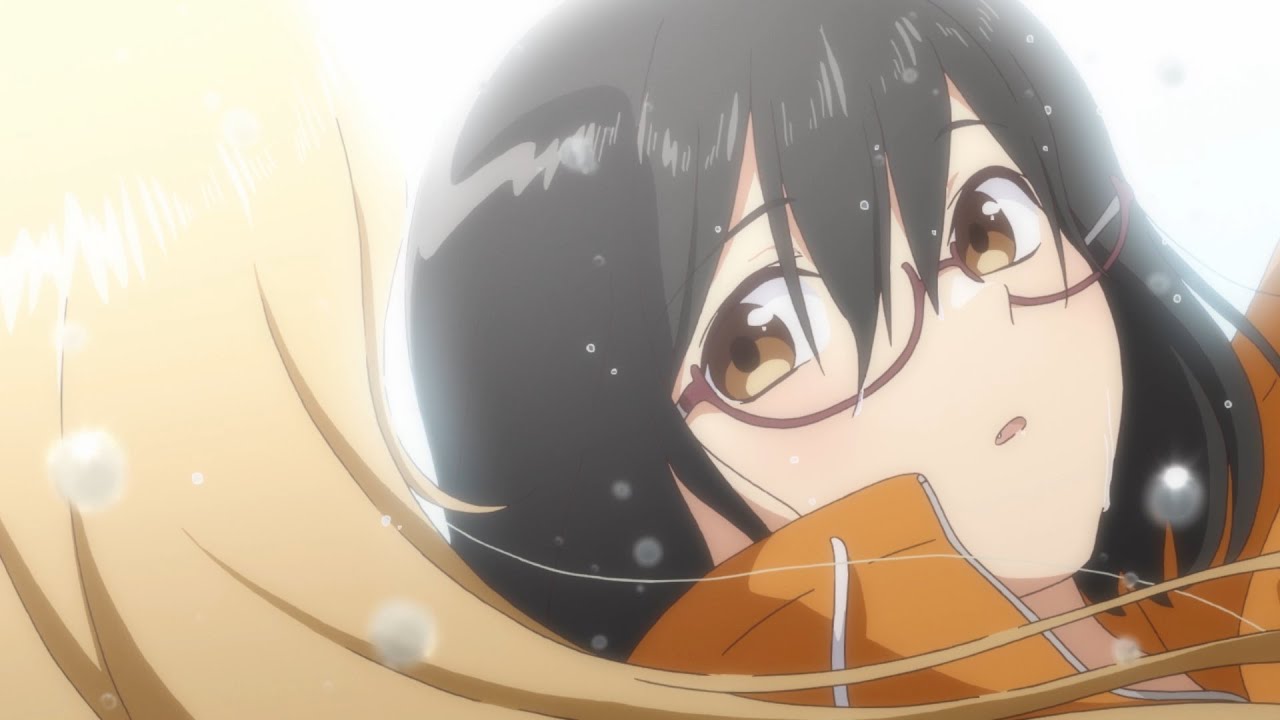 Nishina and Sorao are hiding at the Otherside inside a shack, and Sarao trips and destroys the shack when she is falling. When they both tried to get up, they saw something that scared them and screams. The two ended up in an elevator and confronted a white lady monster. Nishina shoots it, and when they are outside, Sarao scolds her for shooting it. She said she is not sure whether it was human or something, and Saro told her that she should have confirmed first.

Nishina shows Saroa where they are going to collect other equipment that she needs. When they reach the forest, they move forward after throwing stones. They are trying to make sure if it is safe for them to proceed since the world is full of monsters. Nishina complains that it is exhausting to throw stones while walking. While they are busy walking, she saw the importance of throwing them. The other stones were getting destroyed into the dust, which sowed them where they have to step. 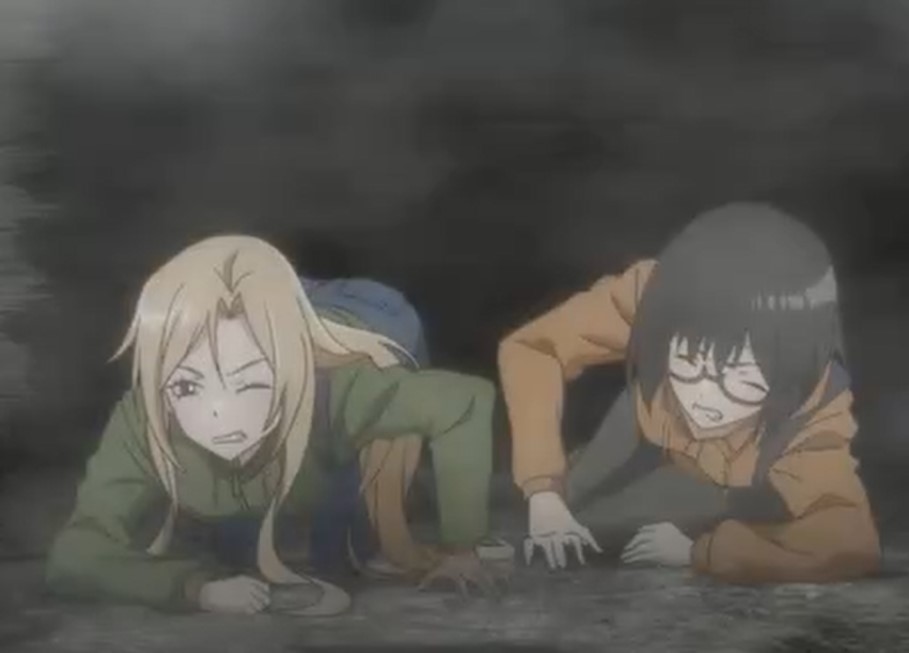 Nishina came with a plan so that they won’t run out of stones. She ties them with string so that when they throw them forward, they will be able to get them back with ease. Sarao comments that if a glitch destroys that stone, they will have to retire the string. Nishina replies that it is better than retrieving the stone all the time when they throw it. Saro comments that if they are still holding the string when a glitch hits with the stone, they will be electrified and die.

All of a sudden, Sarao warns Nishina that there is a glitch up ahead. They manage to change the route and Saro notice that the forest is getting thinker and ask Nishina if they are in the right path. Nishina replies that it is the right path. The two ended up in a spooky town, and Saro asks her if it is here. Nishina replies that it was not like this when they come here before. Sarao comments that it is a ghost town.

They both decide that they should explore it, and they find that it seems like someone is living in one of the houses. Sarao reminds Nishina what Mr. Arabato said about The Otherside. He told them that there human-like beings on the Otherside and Sarao notice that the ghost town is scary. She suggests that they should leave before they run into something freaky again. Sarao realizes that she was talking alone and Nishina has gone missing. 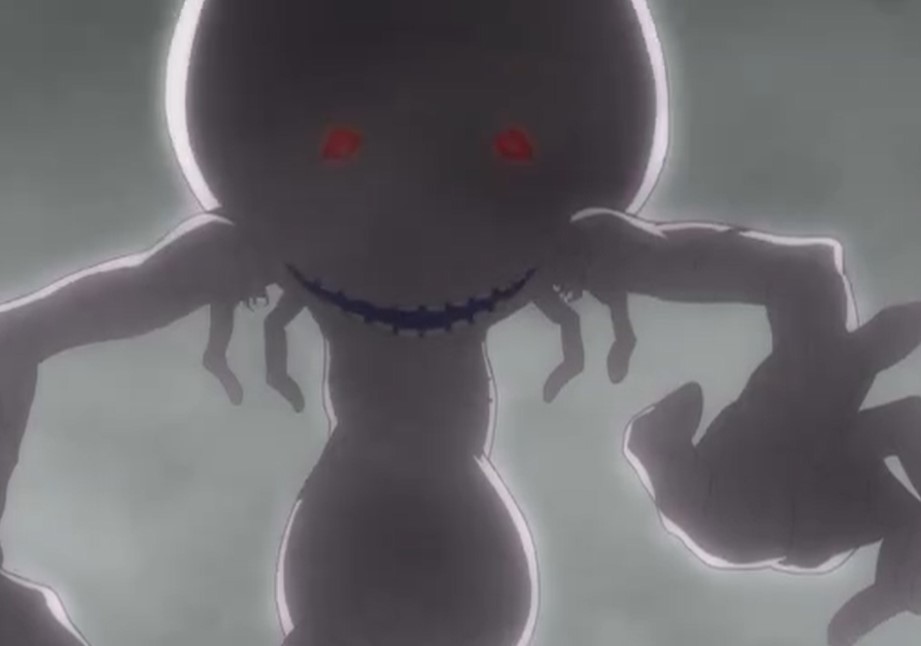 Scared, Sarao started running, looking for Nishina while whispering, trying to call her. She realized that if she shouts, she might provoke scary things. They end up meeting near a house, and Nishina takes Sarao inside, asking her where she went. Sarao replied that she was looking for her too, and they sense the presence of evil. Later the two got chased by a bigheaded monster, and when they try to shoot it, their bullets just got swallowed.

They manage to take down the big one after shooting it on its forehead. The army of little big-headed monsters started to change them with the aim of avenging their parents. Sarao notices a board written Big Heads and realizes that they are on Big Heads territory. Sarao finds a path for them to return to their world. They find a small house that leads them to the real world, and they use Nishina’s hand to open the magical door.

They both jump in and fall inside of the dungeon of the real world. The Big Heads explodes with the min house after the two have landed on the ground. The two decide to hide their fund since they are now in the real world to not get into trouble. Sarao is glad that they are alive if though they came back empty-handed.