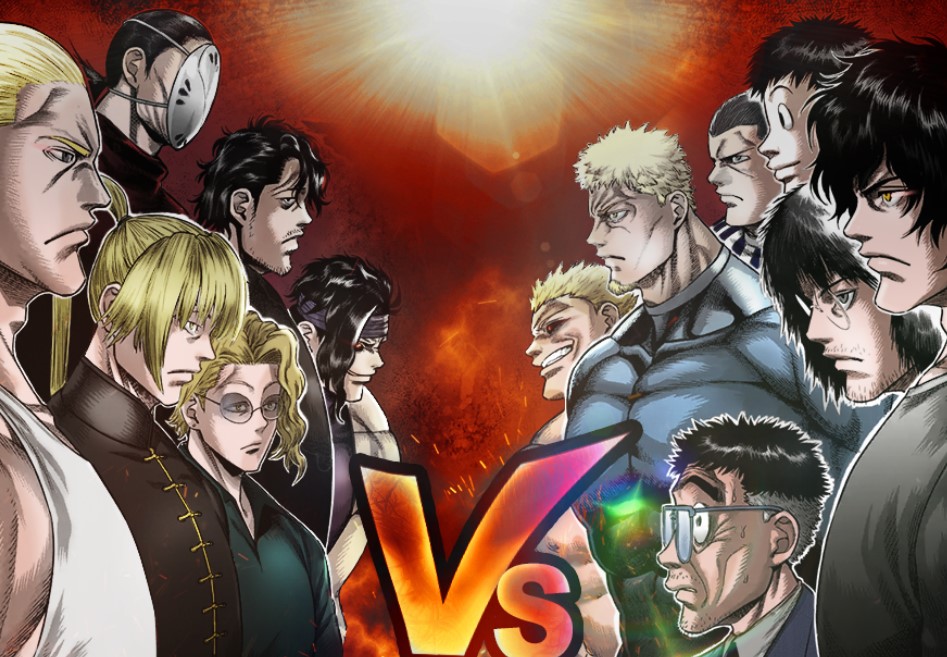 The Kengan Association and the Purgatory fighter has found out the truth about the worms. Kazuo wanted the competition to be stopped, but they continue since worms can be on both sides. The clash between Kure Raian and Alan Wu is about to begin. The Kure clas vs. the Wu clan, where Alan is known for executing the Wu Clan members. Five thousand years ago on the Chinese continent when the old gods still live in this land. 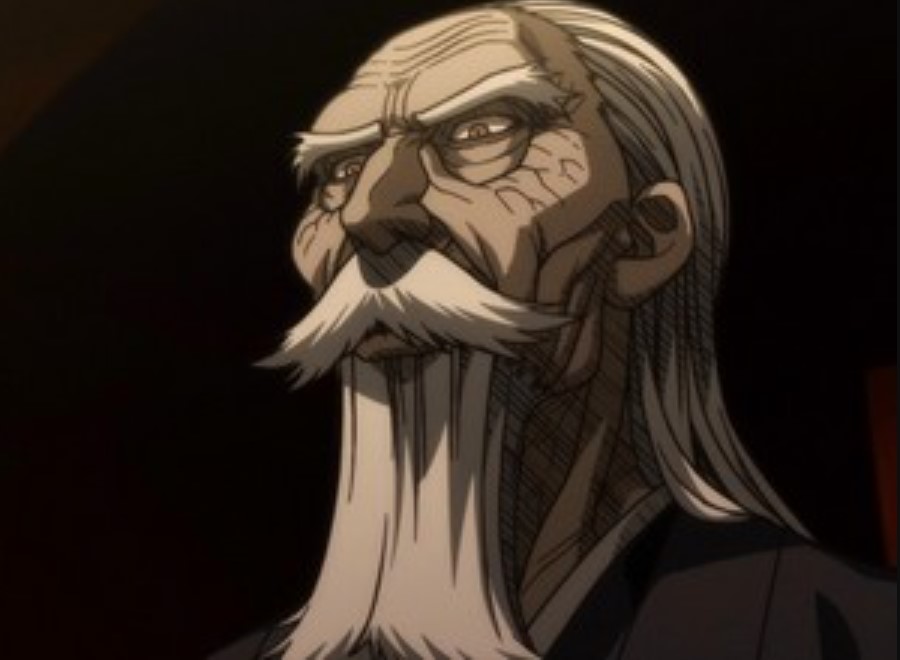 Presenting Alan Wu with a weight of 108kg and a height of 197cm. At the left hand is Kure Raian weighing 94kg and 188cm tall. Alan comments that Raian looks like a person who has forgotten his parents’ faces for about 13oo years. He also looks like 1300 years old geezer. Alan started to power up, and Raina asks if he is going psycho or something. At the stand, Ohma comments that Raina doesn’t look like 1300 years old, but people always say that.

Hayami Masaki asks Ohma if he can read people’s lips, and Ohma reveals that the Kure clan taught him. Kazuo comments that 1300 years must be a metaphor and asks if they think Raian will do fine. Ohma comments that he has fought Raina ever since he has recovered and can guarantee Raian strength. He also said they use to clash every day. Misasa comments that it was just their hobby to fight every day. Koga asks Ohma who has won more fights between them.

Ohma was focusing on the ring, and he did not hear what Koga has just asked him. He notices that Raina has become stronger. Raian has now he has surpassed Ohma strength. The bodyguard, captain of the heavenly wolves Nikaido Ren, shows up. He heard the fighters praisng only Raian. Ren comments that they must not underestimate the Wu Clan. The Wu Clan is at the core of the Chinese underground.

Koga and Kazuo are surprised and ask how long has the bodyguard been standing behind them. Ren comments that he has come here on his master Katahara Metsudo’s order. The bodyguard prases Julius for the flawless victory he had earlier. Ohma asks if, by the word master, he is referring to the old Katahara. Ren replies yes, and said they have to be ready to watch the Wu Clan’s secrets. He also said they would witness the scary techniques and skills they have never seen before. 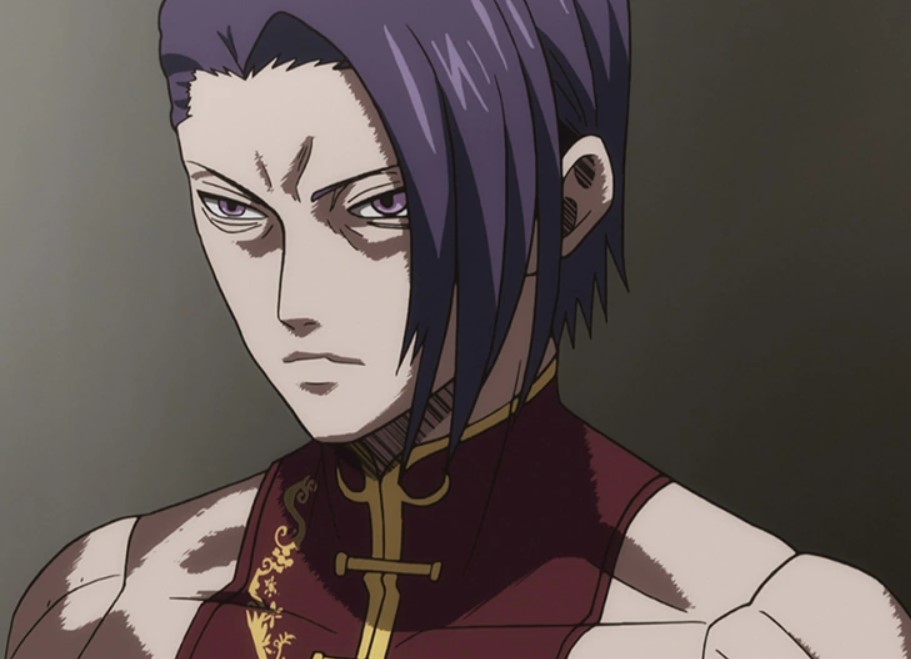 Kazuo asks Ren what he is talking about, and Ren revisited the history of his Clan that has broken. He reveals that 1300 years ago, their Clan got divided into Kure, Wu, and Westward Faction. The ones that remained in China became the Wu Clan, and the ones in Japan became the Kure Clan. The others who migrated to the Occident became the Westward Faction. Wu Xing joined the discussion and comments on how their ancestors passed a certain technique for generations.

The techniques were passed before the Clans were divided into three parts. Guhun, which is known as the Removal, is the technique of the whole Clan. The secret of secrets technique passed down only in the mainline is Huisheng. Huisheng is the Chinese word for resurrection, and Rama comments it sounds gentle. Katahara has also received the news he is wondering if the secret technique was passed to Alan. Xing reveals that Alan Wui has the personality of Wu Hei dwelling within him.

Wu Hei is the first Wu who was born 500 years ago. At the ring ref, Shina Allisa witnesses the removal technique. Alan comments that it is the true Guihun. Nogi remarks that it is the accurate Removal. Xing said it is also called Guihan, and not even Lutian was able to master it perfectly. The Wun Clan doubts if Alan still members things that have happened thousand years ago. But Alan’s history goes way beyond thousand years ago. 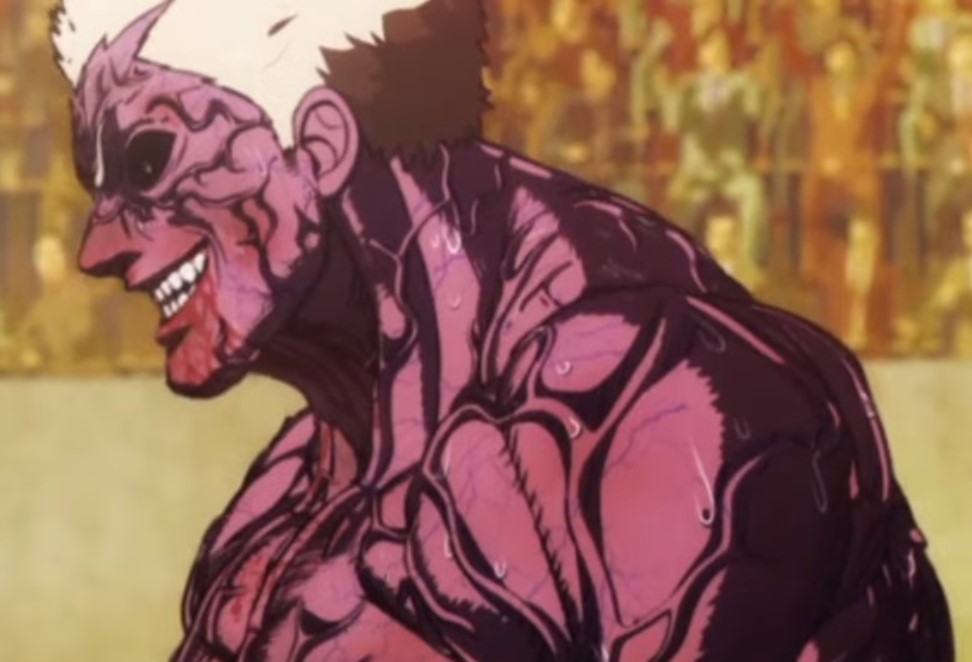 Alan did not wait for the ref to say fight he charges towards Raian. Raian smiles, preparing to receive barrage punches. Raina gets what he has been waiting for. Nicolas comments that Alan’s muscles have grown bigger for his body. Terashi adds that it is the Wu clan techniques that unleash latent body strength. Alan sends Raina flying using a flying kick, and Okubo comments that Alan is quick and hand the upper hand in this fight.

Raina stands firm to his ground and smiles at Alan while charging back towards him. Alan asks Raina to power up and shows his real strength. Raina agrees, saying that Alan will be a good toy to play with. When he wanted to show his true strength, he lost interest in what he wanted to do. Raina got passed by something, and his eyes turned black. Kazuo tries to call him and yells at him to snap out of it.