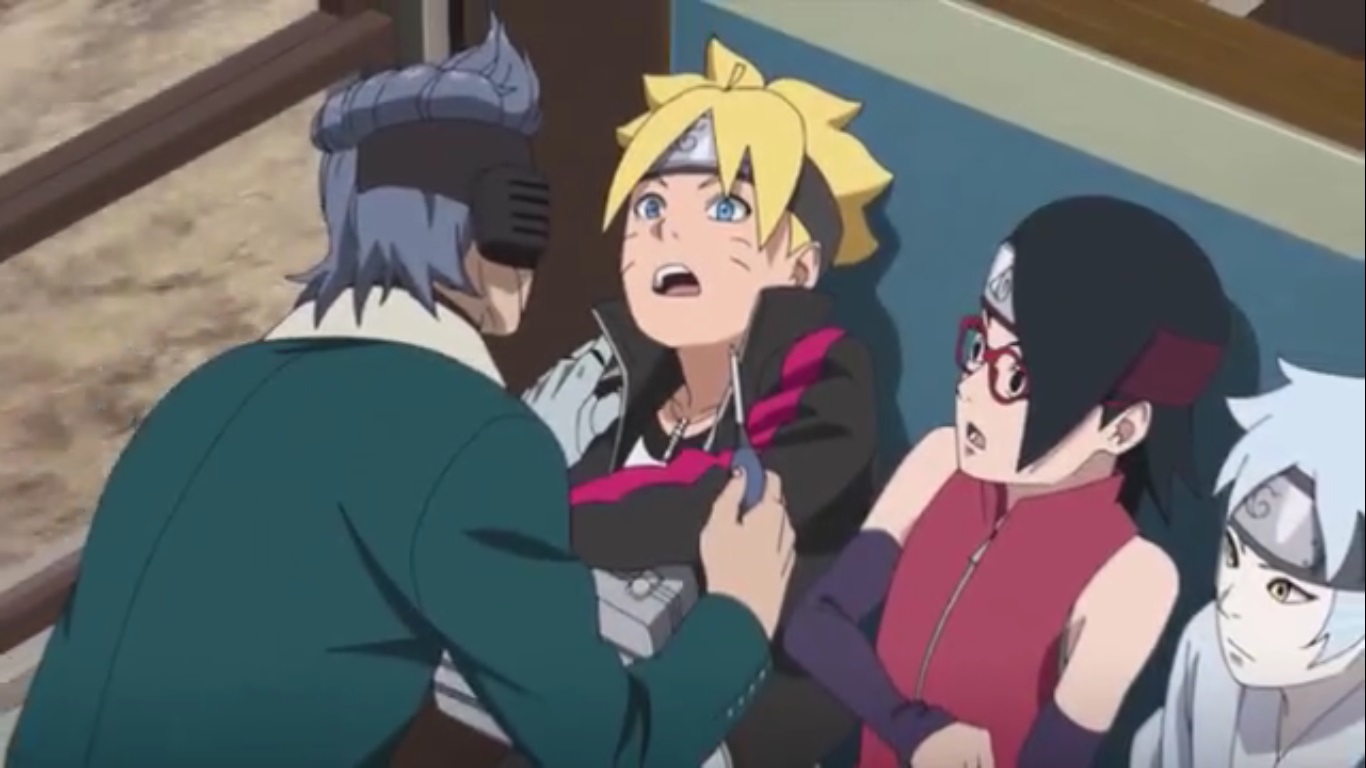 Events unfold in Boruto Naruto Next Generations Episode 182 as more Kara outers are coming to light. The airship transporting the vessel has crashed at the border of the land of fire. And now Jigen has deployed his inners to retrieve it. Konohamaru and Mugino have made it to the airship first, but they now have to run for their lives as some mysterious puppets have appeared and easily have them running back home.

The development of the Kara Arc will be picking up pace in the next episode. Things back in Konoha are still peaceful as usual. But Sasuke has realized that based on its past actions and unknown identity. Kara can strike any moment they wish to. So the leaf village is always preparing for the worst. Little did they know that Konohamaru and Mugino have met a deadly foe in their mission.

On the other hand, Victor appeared to be used by Kara and was disposed of. There also seems to be qualms within Kara as an organization. And Jigen has unnecessarily arranged to transport the vessel to lure out the traitor. It appears that someone other than Victor is involved in this. This remains true because Kashin Koji has sent Ao to retrieve the vessel. And before that, we saw some puppets appearing at the airship and almost killed Mugion and Konohamaru.

Koji was unaware of this and has sent Ao as a precaution. So this could be the works of whoever is the culprit behind all of this. Mugino and Konohamaru have rushed back to the leaf, so now the confrontation at the crash site might be between Ao and the traitor.

Boruto Naruto Next Generations Episode 183 releases on the weekend. The new episodes will be available for streaming in Funimation and Crunchyroll.

Ao is a Kara Outer Spying on Konoha 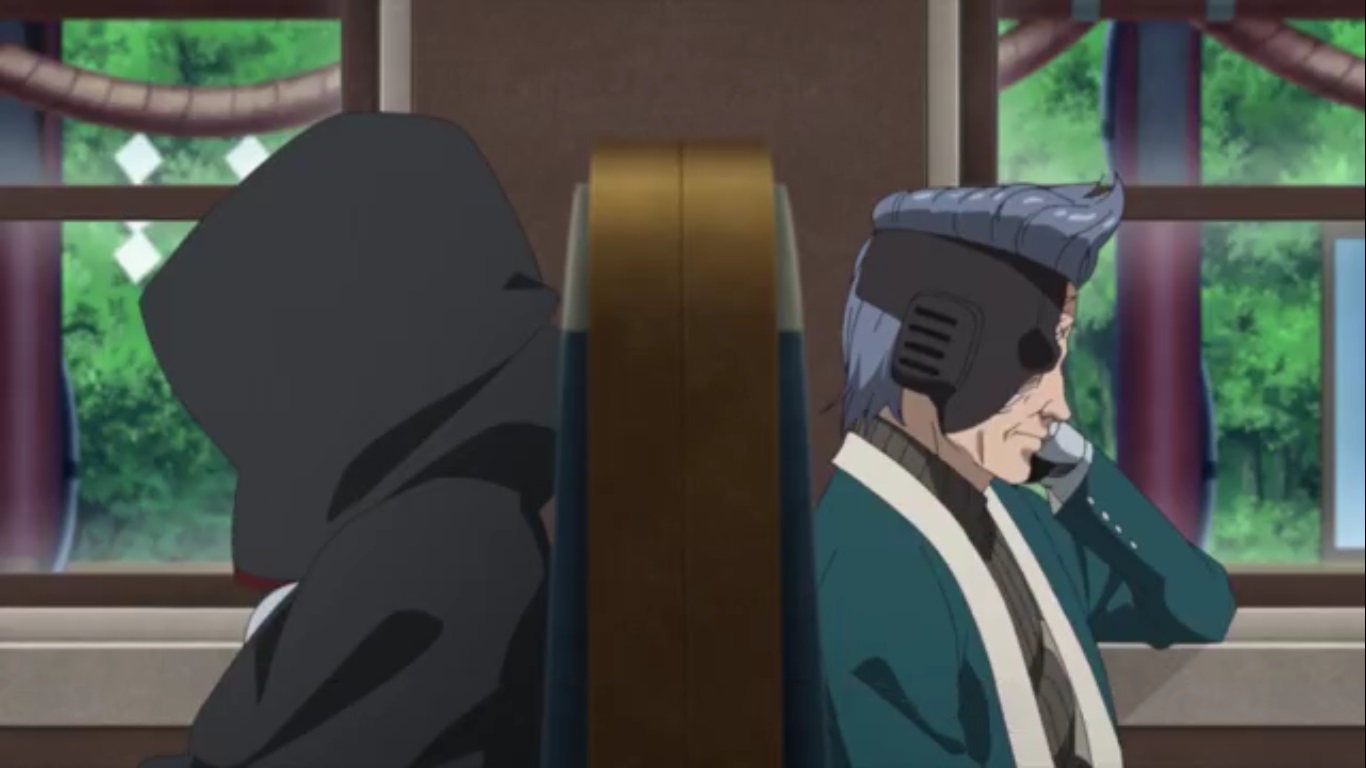 Back in Konoha, Boruto is on a mission with his team to escort Katasuke, who is delivering a new prosthetic arm. At first, he didn’t want to accept the mission due to his history with scientific ninja tools. He only thinks of them as weapons that do bad things. But Mitsuki reminded him how important its development is. So they left on a train with Katasuke.

While en route, they met Ao wh appeared to be a good acquaintance with Katasuke. He managed to convince Boruto that scientific Ninja tools are not bad. It is how people use them that makes them what they are. They can be used for either good or bad things, just like any weapon. But an interesting event developed afterward on the train. It appears that Kara inners can easily sneak in and out of Konoha at will. So all this time, they just wanted to remain hidden, and they did a good job at it.

Ao appeared to be Kara’s outer and has been keeping tabs in the land of fire. He was also the one who put Katasuke under a Genjutsu that is still untraceable as of date. He went to Konoha during the memorial to finish Katasuke in case he remembers anything about Ao being an outer. But instead, he ended up coming across Boruto and ended up attending the memorial.

After Boruto and his team left the train, Kahis Koji appeared before Ao and told him to retrieve the vessel. He also left him a case of tools he might need to use. Koji told him that he should not leave anyone alive because Konoha has started looking around.

Boruto Naruto Next Generations Episode 183 to come with more updates. 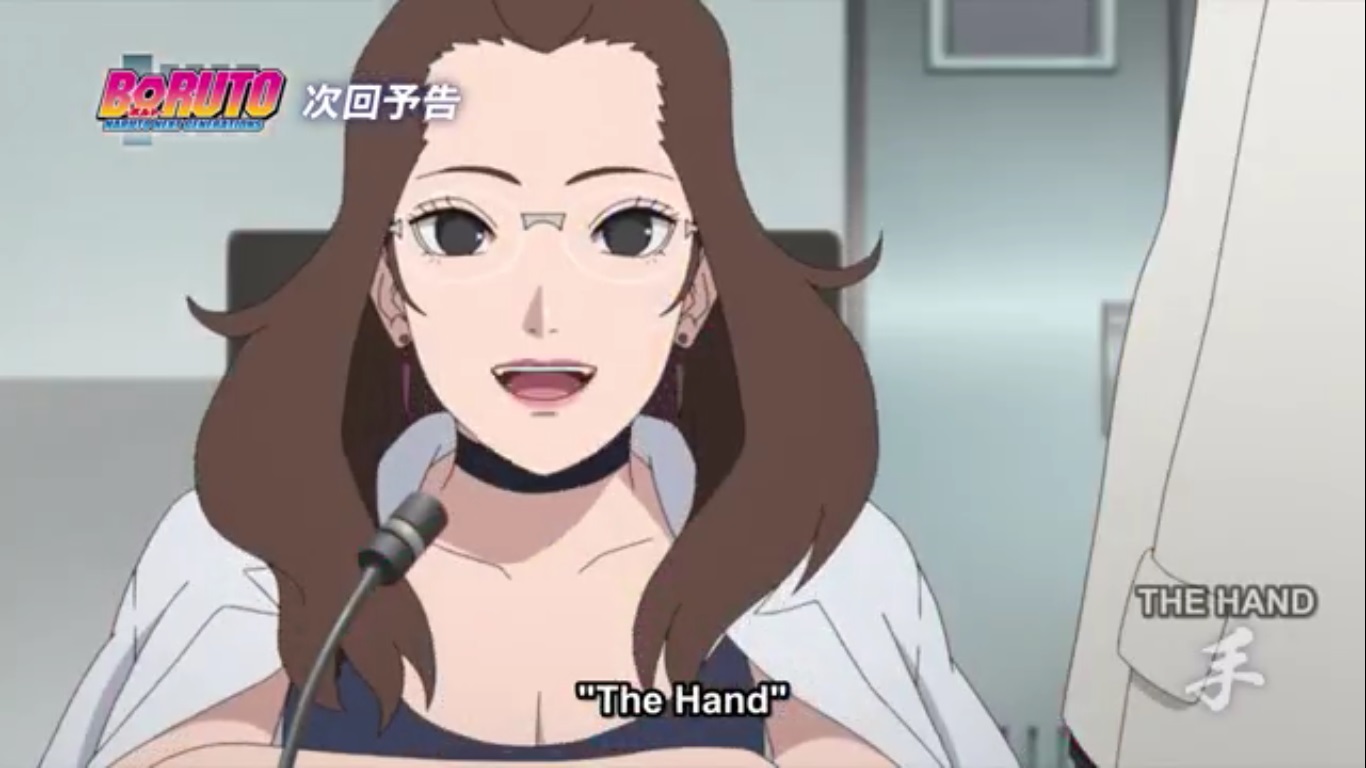 The upcoming episode of the anime will likely be filled with lots of action. Either way, the anime takes it will show us new developments. Ao is on his way to retrieve the vessel as a trusted outer and has all the tools he will need to do so. Konohamaru is also heading back to the leaf to report on the event. This means that the leaf will take longer to respond to this.

Konohamaru is carrying an injured Mugino with him, so this will take some time for him. The development that we are looking forward to the most is at the crash site. What will Ao find once he gets there, and the puppets that had just attacked Mugino are yet to show their true colors? More updates on the next episode when it comes out this weekend.

For the latest updates on the Anime and Manga release dates, you can look at our Anime News Weekly updates. And for the manga Weekly Manga Highlights for all manga, this week will continue with a new chapter.