What better way to relax than with a cup of piping hot coffee and a light-hearted comedy to watch? Comedy anime puts us in a great mood, helps us recharge after a hard day’s work, and melts all our stress away. And anime comedy is at the top of the list when it comes to things that make us crack up.

The main thing that makes it particularly special is the whole array of comical facial expressions and other unique cues that let us know what the person is feeling at the moment, which is so characteristic of anime. Welcome to Demon School! Iruma-Kun has all that and more to offer.

Welcome to Demon School! Iruma-Kun is produced by Bandai Namco Pictures. Currently, three anime seasons have been aired, and it is ongoing. Before we dive into the release date, let us walk through a quick synopsis of the plot.

Iruma Suzuki is a 15-year-old boy, and the story revolves around his adventures at school. But he didn’t join just any ordinary school. Instead, he was sent to a demon school by his selfish parents. He was sold off to a demon principal named Sullivan, who made Iruma join his school called Babyl’s School.

Iruma has always been a little miserable because he had the weight of responsibility over his shoulders. He had to earn money for his family even though he was very young. And when his neglectful parents sold him off to Sullivan, he was worried about what would become of him.

But it turned out that the demon was lonely and only wanted a grandson. Iruma’s worries washed away, and he was well looked after, even pampered by Sullivan. And joining his school turned out to be a blessing in disguise as he loved it there even though he had to hide the fact that he was human from his classmates.

Iruma-Kun had the strange trait of not being able to say no to someone, and this caused him to get involved in various outrageous situations. Welcome to Demon School! Iruma-Kun follows all of Iruma-Kun’s adventures in his new school.

The name of the 13th episode of season 3 is “My Very Own Magic.” The Harvest Festival is taking place, and all the students are competing against each other for the #1 spot and to earn the glorious title of “Young King.” Most of the students have earned high points, with Asmodeus in the lead.

But unfortunately,  Iruma-Kun and his partner, Lied, still stand at zero points. This is because he has fallen into a chasm and isn’t able to get out. Luckily, Ali-san had been there when Iruma-Kun couldn’t defend himself in the chasm and even brought him the Seed of Beginnings so he could get ahead in the competition.

The Naphula flew down the chasm and rescued Iruma-Kun with the help of Grabby Grabby vines which grow longer with just a drop of water. But instead of a drop of water, he uses a drop of his blood which has special properties because he is a human in the Netherworld. 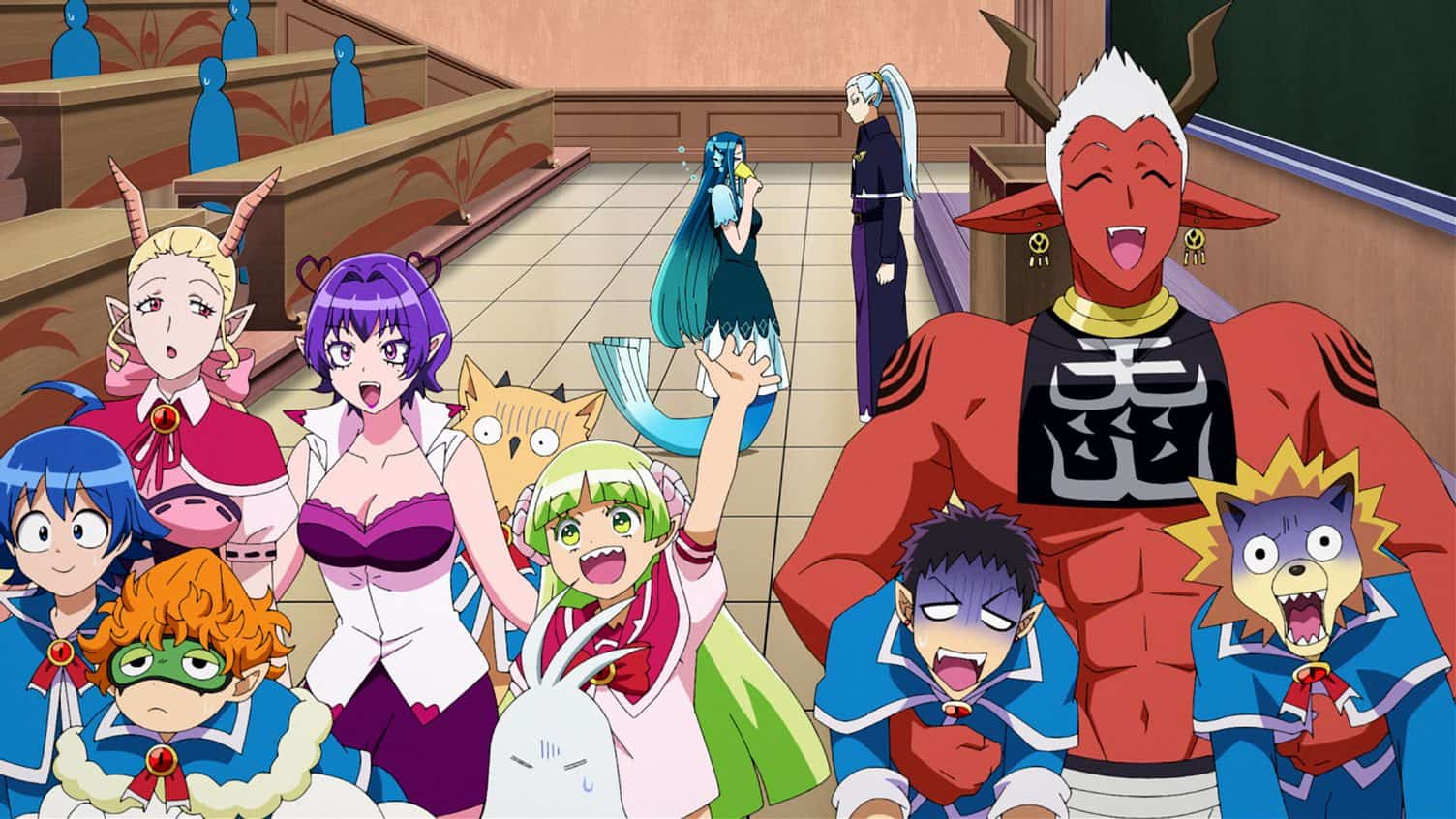 The vines grow at a humungous rate, and soon Iruma could see the entire forest from the top. Finally, out of the chasm, Iruma-Kun lets his professor know that he will continue the competition and that he intends to win it. With the Seed of Beginning within his grasp, he goes in search of his partner Lied who was after the Pot of the Ending.

Lied, on the other hand, finds the Pot of the Ending after many struggles. He realizes that if Iruma-Kun had the Seed of Beginning, the two of them could make the Legendary Leaf bloom, and then they would win the competition.

But now that he had such an important ingredient that was worth a lot of points, he will be the target of everyone else. Lied tries to get back to safety when he suddenly sees Elizabetta standing in front of him, ready to use her charms on him so that she can steal the Pot of the Ending.

Welcome To Demon School! Iruma-Kun Season 3 Episode 14 will release on Saturday, January 14th, 2023. The release timings are as follows:

Where Can You Watch Season 3 Episode 14? and some spoilers