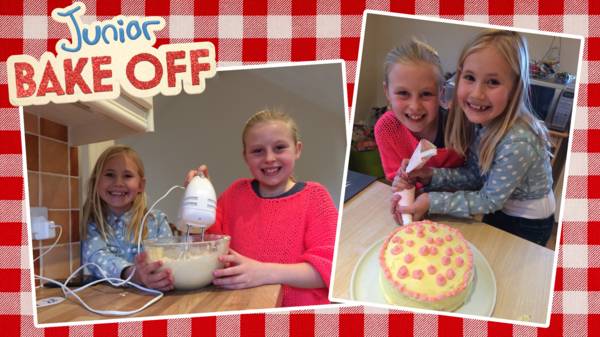 Junior Bake Off gives children aged 9 to 15 the opportunity to compete in the iconic tent by showing their baking skills. Junior Bake Off, a spin-off of the Great British Bake Off, will return in January 2023. A fresh set of bakers enters the tent, eager to display their inventive and stunning desserts.

Regular judges Ravneet Gill and Liam Charles, as well as host Harry Hill, will return to Junior Bake Off for the 2023 season. Selected from hundreds of applicants, 16 amazing youth bakers compete in the most challenging and entertaining challenge to date in the iconic white tent.

Junior Bake Off will feature 16 candidates and will begin with two distinct week-long heats versus Technical Bakes. Only the best will advance to the third and final week after demonstrating their cake, biscuit, bread, and pastry-making abilities.

The bakers’ sponge-baking and jam-making skills are put to the test in the first episode when they must follow Liam’s recipe for a supper that every baker has had before – but with a distinctive twist. This is followed by a series of powerful show-stoppers centered on what our bakers would do if they were Prime Minister.

In Junior Bake Off, the bakers adopt a new technique to manufacture bread rolls, then use their dough sculpting skills to immortalize their heroes in bread form. Dessert Day has here, and the judges are seeking bakers who can create the ideal ending to any meal. Liam Charles adds a fruity twist to a delicate Technical by requesting a pineapple-shaped dessert from the bakers. 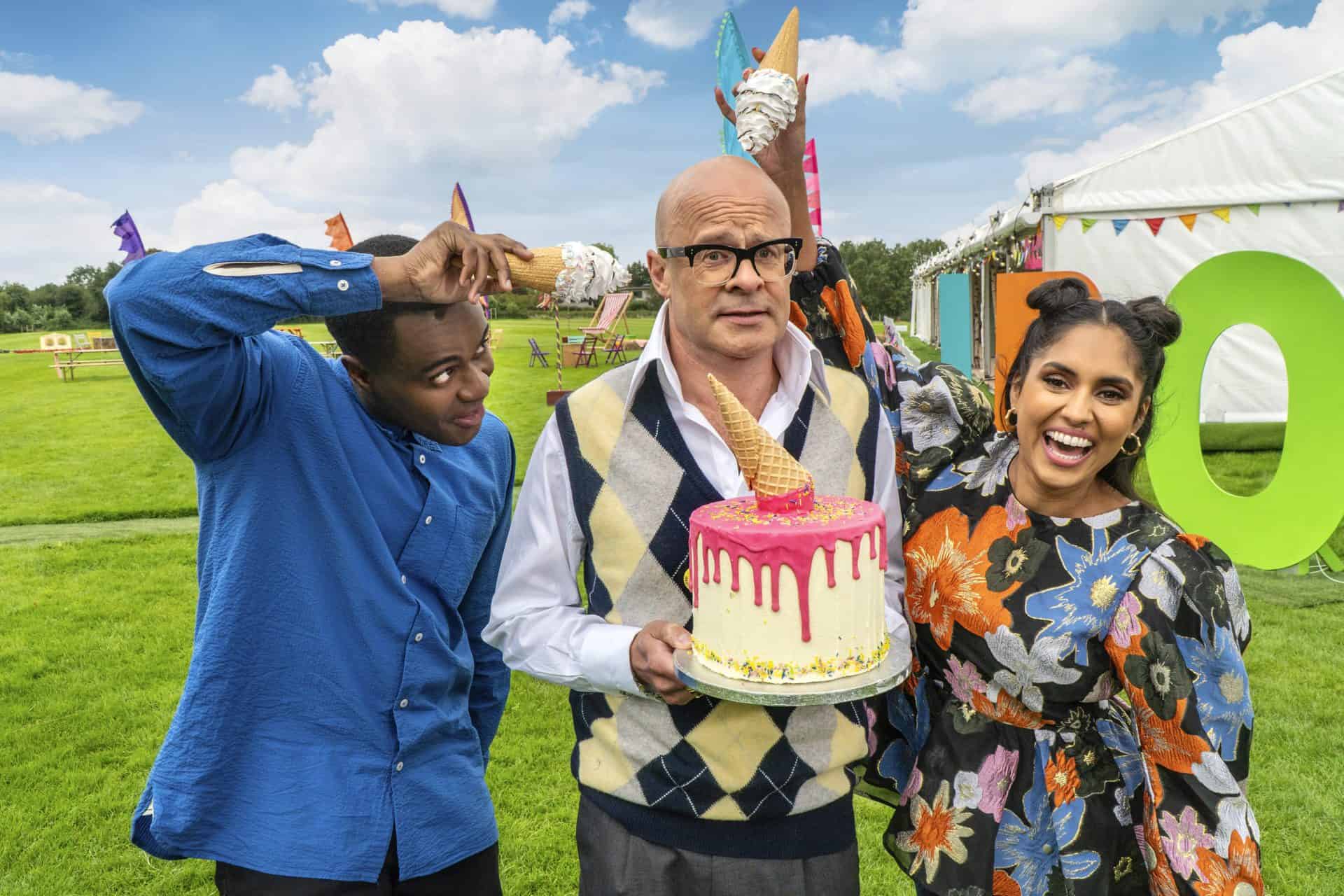 The Showstopper piques viewers’ curiosity as the bakers tour the world building their fantasy vacations in the form of cheesecake. Pastry Day has arrived, and the first bakers have one more chance to proceed to Finals Week. Chef Ravneet Gill challenges the Technical bakers to construct one of the world’s most iconic French patisseries in the shape of host Harry Hill.

The bakers must use their talents to turn their favorite takeaway into a delectable, adorned pie for the Showstopper. The bakers’ first technical task is to create a topsy-turvy cake, which is followed by a showpiece in which they must depict their dreams come true in cake form.

The bakers dress up with cookies and an “About Me” biscuit box, which is an appetizing, cubic sculpture adorned with various parts of their lives. The bakers showcase their bread-shaping prowess in a technical challenge with a fiery edge, then become artistic by constructing fiddly focaccias that reflect their best day yet.

Dessert Day puts the bakers in the position of creating delightful sweet desserts for judges Liam Charles and Ravneet Gill. The bakers attempt to avoid a meltdown in an ice Technical Hurdle that defies logic, while in the illusionary Showstopper, they create dessert imposters” – delightful sweet delights baked and ornamented to appear like savory meals. 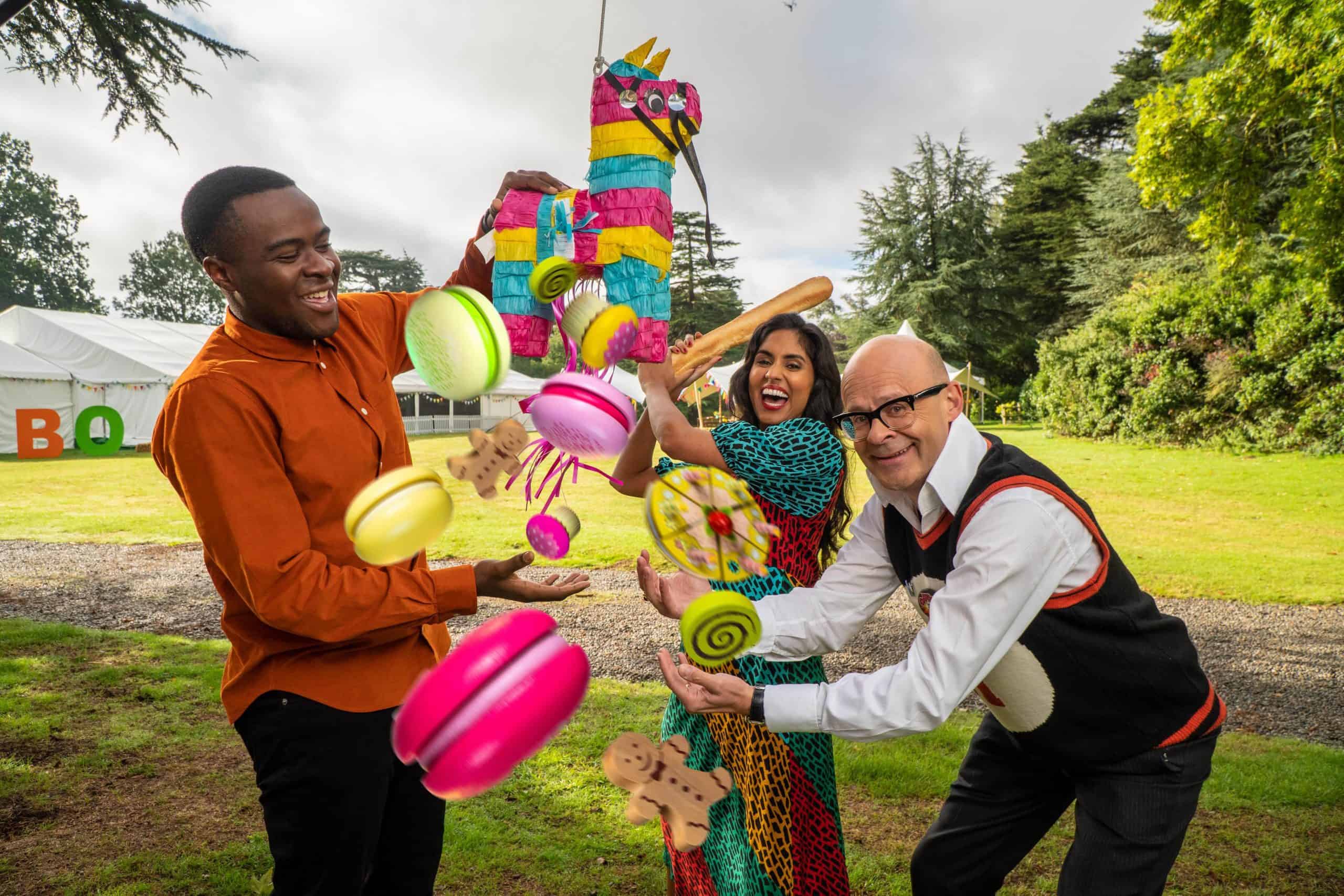 At the end of the competition, one baker will be named star baker, while another will be eliminated. Pastry Day is the final opportunity for bakers in the second heat to go to Finals Week. Liam Charles produces an all-star Technical with outstanding shortcrust pastry and cherry pie filling. The bakers must display ingenuity and originality when the judges ask them to construct their own family crests. 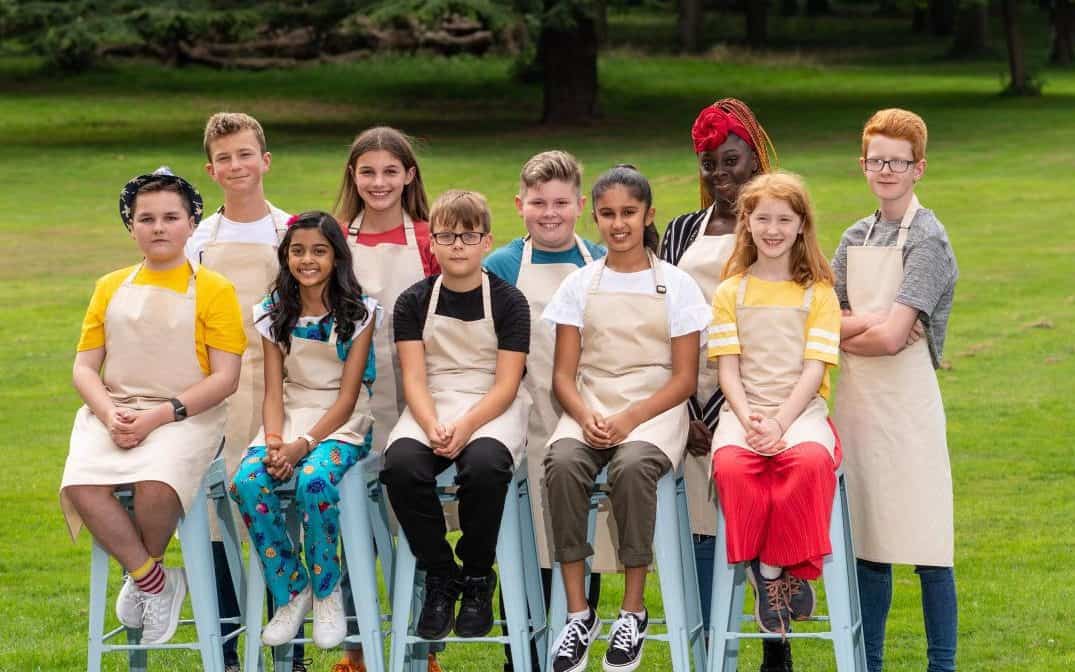 Surfshark has additional seasons of the show available. You can watch Junior Bake Off for as little as $2.30 a month with this provider. Junior Bake Off is only accessible on Channel 4 in the United Kingdom.