What To Expect From Snowfall Season 4 Episode 1 & 2? 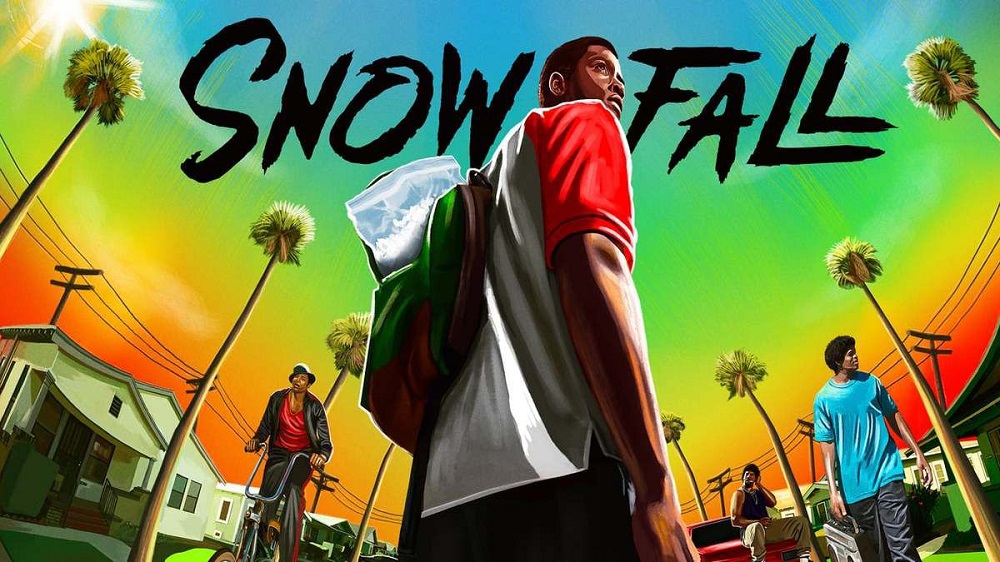 "Snowfall" Season 4 is releasing tomorrow and here's all you need to know about it.

“Snowfall”, the American crime drama TV series is back with its 4 seasons and will be releasing its 1st and 2nd episodes soon. Created by Eric Amadio, John Singleton, and Dave Andron, the series debuted on 5th July 2017. The series received great reviews, and fans all around the world loved it. Consequently, it was renewed for a second season in August 2017 and later on for a third season in September 2018. Finally, during the third season was airing, the makers announced the renewal for a fourth season in August 2019. However, the season was delayed due to the COVID-19 pandemic, but now, it is here, and the viewers are really excited about it.

Can we just deep snowfall season 4 is coming out tomorrow 🥺

Everything you need to know about “Snowfall”

“Snowfall” started off with a unique yet interesting narrative. The pilot episode didn’t receive too many good reviews but was good enough to convince the audience to watch more. Gradually, the show built an entire fanbase for itself and now is one of the top-watched crime dramas in the world. Apart from the United States, the show is also broadcasted in the UK, where it has a separate fanbase. Since the plot of the show was unique, the viewers were thrilled, and hence, today, the show has such a loyal batch of fans. Anyhow, let us dive into the story of the series and what has happened in the recent episodes.

What is the plot of the show?

The show is about a CIA officer named Teddy McDonald who finds out a law-breaching truth about his colleague while solving a case. In this, Lucia Villanueva, a Mexican girl who is the daughter of a powerful criminal, enters the picture. Slowly, the series shows us or rather teaches us the disastrous impact of overdosage of cocaine and its effects on the culture. Since the show is built in the 1980s, the costumes and sets completely remind you of that time. Anyhow, now let us see what the showmakers have for us in the upcoming episode of the new season.

It all comes down to this. #SnowfallFX returns TOMORROW at 10pm on FX. Next day #FXonHulu. pic.twitter.com/Kut8s7XLSr

What is going to happen in the 4th Season?

The finale of the Season 3 saw Franklin taking a bullet, and he was left bleeding on the ground. In the course of vengeance for her father’s death, Melody shoots Franklin, and then suddenly, she disappears. But, the latter survives this as he decides to survive and fight back for those people who were neglected during the gang wars. In fact, he went on to approach CIA Officer Teddy to help him in doing so. As a result, we feel that Season 4 will majorly focus on Franklin getting his power back in the business. It will also show him battling to end the violence in the streets. The fourth season surely has a lot to cover, and it will be interesting to see what the creators have in mind for it.

We saw Melody getting disappeared and also, Lucia’s death was not confirmed. So, it will be exciting as to we will come to know what happened to them. Moreover, we’ll come to know how they will make a comeback in the new season. Apart from that, Teddy is desperately searching for a group of drug dealers. Anyhow, the fans can surely expect the upcoming, i.e., the fourth season, to answer all these questions that have been loitering around in everyone’s minds forever. The season will contain 10 episodes with an airing time of approximately 60 minutes each. So, brace yourselves for 10 hours of complete thrillers and entertainment.

“Snowfall” Season 4 will be making its premiere tomorrow, i.e., on 24 February, at 10 PM ET. The creators have decided to release the first two episodes together for the premiere of the new season. As a result, you can enjoy the first two episodes tomorrow itself. You can tune in to FX to watch it. You will also be able to watch it on FX on Hulu the very next day. It will be exciting to see the show return as the showmakers have everyone hyped up already with the trailer they released 3 weeks ago on 27th January 2021. It has already crossed half-a-million views, and the fans have been posting about it on their social media constantly. You can watch the trailer below. So, get set for the new season. Until then, let us know in the comments season about what you think will happen in the upcoming season.

New Pokemon Game Leaked? Everything We Know So Far