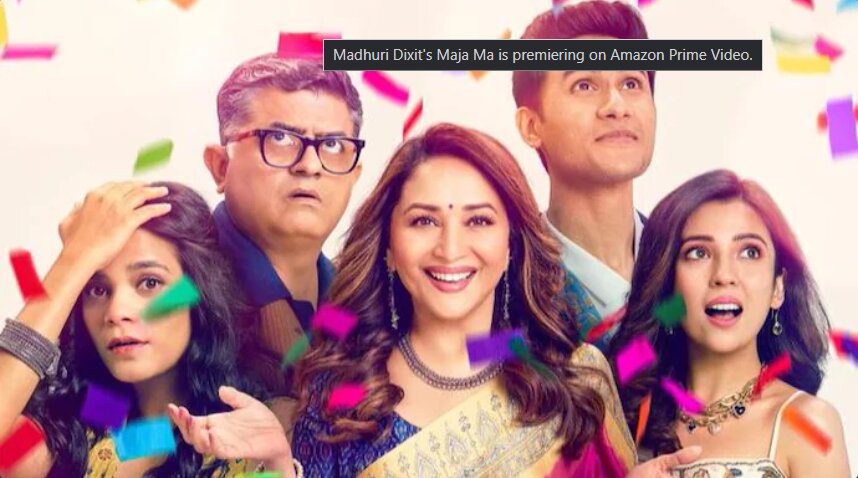 Should a couple call their marriage off after discovering that their entire marriage for years together was based on a lie? A comedy-drama, “Maja Ma” is about Pallavi Patel, who has been bearing a secret throughout her married life, which ultimately upturns her life. Pallavi Patel is the reflection of a perfect Indian bahu who is adored and loved by all.

The plot also highlights the events that take place in the life of Tejas, who is Pallavi’s son. Tejas catches quick feelings for Esha Hansraj, who belongs to a wealthy family in the United States. As paranoid as Esha’s parents are, they make Tejas sit for a lie detector test. Tejas passes the test, which, however, is not enough to convince Esha’s parents.

To decide whether Tejas would be the perfect fit for Esha, Pam and Bob decide to put Tejas to the test one last time. The family arrives in Gujarat to check the compatibility that they could have with Tejas’s family, and they get impressed almost immediately after meeting his family. Pallavi’s rootedness and humility were enough to persuade the duo that Tejas and Esha’s relationship was worth a shot.

Tara, on the other hand, who is Pallavi’s married daughter, is an activist seeking rights for the LGBTQ+ community. However, Tara thinks that her mindset is not the same as her family’s, considering they are pretty backward. She feels that they fail to grasp the importance of LGBT rights. After a fallout with her mother, Tara accuses Pallavi of faking her open-mindedness and claims that her mother is just like everybody else. 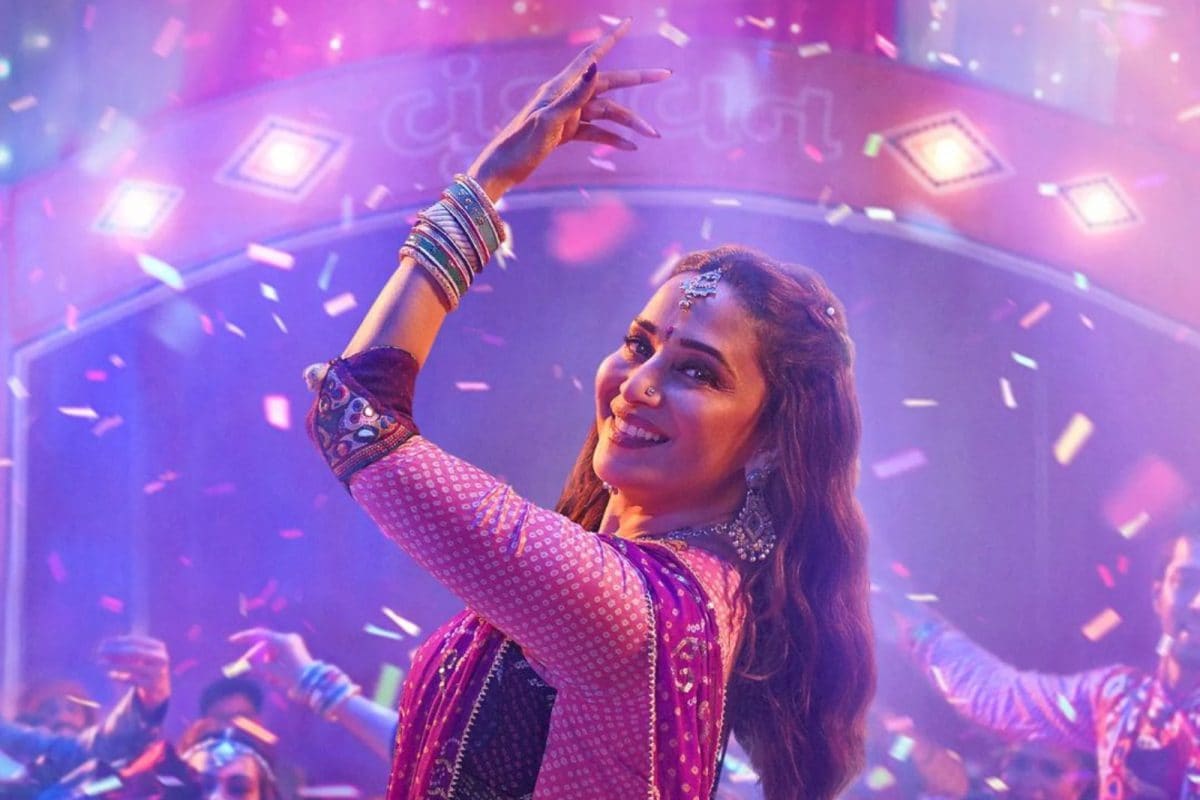 During the argument, Pallavi blurts out her secret accidentally and admits to being a lesbian herself. This leaves Tara in utter shock. Later, amidst an event, one of the girls who had been a silent witness to the argument between Pallavi and Tara revealed that she had recorded their video. As soon as she plays the video, Bob and Pam are thrown off and decide to call off the engagement fearing that Pallavi’s sexual orientation might be a road bump to Bob’s political life back home.

Manohar- Pallavi’s husband and Tejas are in complete denial and insist Pallavi take the lie detector test as proposed by Bob, to which Pallavi refuses. As the story delves deeper into Pallavi’s past, Tejas gets convinced that Pallavi is indeed a lesbian and pushes Esha to drop the test.

As the family decides to go on a trip, Pam throws a bunch of insults at Pallavi, to which Kanchan-Pallavi’s ex-lover reacts. Kanchan criticizes Pam and expresses her annoyance over how Pam shuns Bob’s every move. Meanwhile, in a conversation with Manohar, Pallavi admits that she likes Manohar, but she could never get herself to love him because of how she is built.

An Amazon original, Maja Ma starring Madhuri Dixit, aired on October 6, 2022, and left the audience in complete awe plucking at the strings of their heart with their humorous plot blended with a mix of emotions. Additionally, they also left a message which provoked the mindsets of many people and highlighted the gradation a relationship has to go through.

The film inches further toward its end with Pallavi agreeing to take the lie detector test despite Tara’s attempt to stop her. Amidst the test, Bob asks Pallavi all sorts of questions, to which Pallavi gives honest answers. Meanwhile, Pam has an outburst and declares that Tejas and Esha will go through their marriage despite Bob’s reluctance.

Back home, Pallavi bursts out at Manohar and blames him for never caring enough about her likes and dislikes. Tejas, on the other hand, calls off his engagement as he realizes that a son who cannot accept his mother for who she is can never be a good husband to anybody. Manohar admits his mistake too, and assures Pallavi that henceforth it would be his duty to ensure the comfort and safety of Pallavi. Pallavi promises to stay friends with Manohar.

What happens to Pallavi in the end?

As the film draws towards a conclusion, the Patel family resumes their normal life and celebrates the festivities together. Tejas and Esh decide to hold their marriage for a while and give time to understand each other better.

Finally, Tejas gets Kanchan to dance with Pallavi just as they used to. As Manohar extends his full support to Pallavi, Moolchand still looks oblivious and is unable to comprehend Kanchan’s reality. Both Pallavi and Kanchan share a wholesome and heartfelt moment in the end, following which the movie ends.

The entire film had Madhuri Dixit under their spotlight, who never failed to deliver a confident and lively performance on screen. With a beautifully constructed storyline, Maja Ma is a light movie that reflects the reality of our society today.

Tune in to Amazon prime today to feel a little “Maja Ma”.