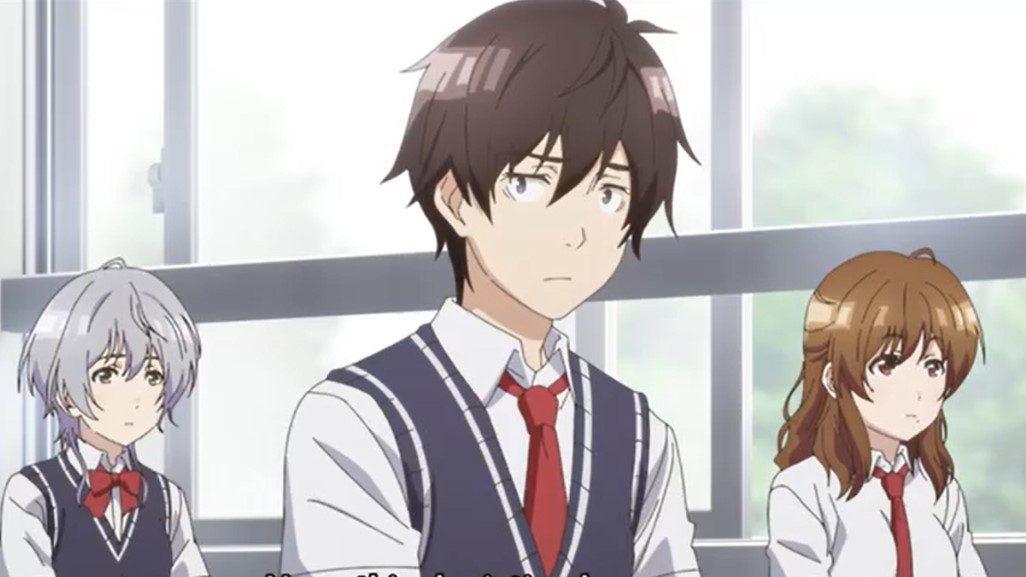 We are only left with three episodes to conclude Bottom-tier Character Tomozaki. Let’s take a look at the love story of Fumiya and other students. Fumiya is a loner who is getting lessons for Hinami on how to get a girlfriend. He wants it to be done before he reaches third-year. The Saitama Prefectural Tournament continues with Asahara clashing with Kusunoki. Asahara loses by 50:73 after Nanami made a blunder.

Other students comment that they are glad they made it so far again this year even if they have lost. The next day Nanami practices in the evening and then jogs at the streets. In the morning, Nanami keeps on dozing inside the classroom, but she said something was inside her eyes. Fuka and Fumiya notice that she didn’t get to sleep for a night. Later they head to the library, and Fuka talks with Fumiya about Nanami.

Bottom-tier Character Tomozaki Episode 8 will release on Friday, 5 March 2021, at 9:00 PM JST. Make sure to check Bottom-tier on AnimeLab and Funimation. Let’s move to the following recap and preview below.

Fuka comments that Nanami has been like that since the election. Fumiya thinks that she is bothered by something. Fuka asks Fumiya if Nanami is trying to compete with Hinami. Fumiya said it is true and ask Fuka where she heard about that. Fuka said she has just imagined it and notices Nanami’s actions. She is wondering what kind of person is Hinami. Fuka thinks that itis hard to compete with someone like Hinami.

No one knows Hinami’s motivations and the reason that drives her action, which makes her hard to compete with. Fuka reveals that it is tough to compete with someone who you don’t understand her motivations. In the afternoon, the student practice sports and Nanami trie to sprint with Hinami. Nanami lost the race as she took 2nd position, but she decided not to give up. Fumiya and Hanabi watch Nanami and Hinami continuing to race. 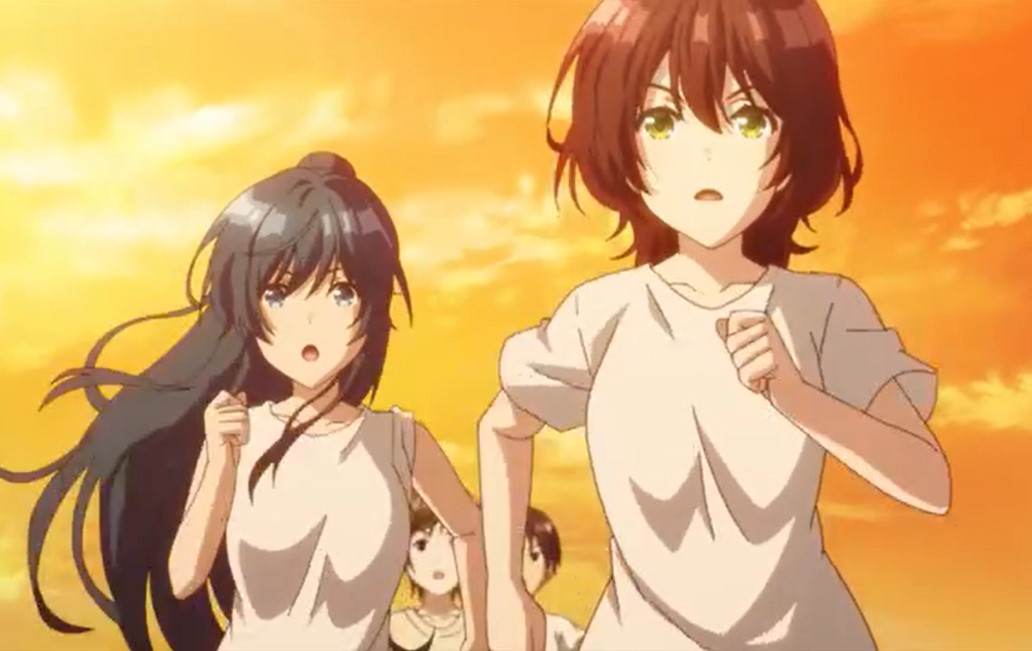 Hanabi thinks that Nanami is overdoing it again. She is wondering if she has to stop Nanami or let her be like that. After the race, Fumiya and Hanbi went to Hinami and Nanami. They both head home together and on the way, other part ways with Fumiya and Nanami. Fumiya asks Nanami if she is working hard to beat Hinami since she has lost to her. Nanami told Fumiya that she wanted to quit, but she cannot since she has started.

Fumiya thinks that Nanami can not be stopped, but she might end up losing again to Hinami. He advices her to continue since she will be like him, who is a sore loser and a gamer. Fumiya realizes that suffering a loss that you have worked hard on it is better. Nanami is motivated, and she was the first one to arrive at the practice in the morning. Hinami is surprised since she was the second one and wonders what is motivating Nanami.

The two started sprinting again, and Nanami was able to keep her pace with Hinami. But that was just for few minutes, and Hinami left her behind. Nanami recalls the day when they lost 50:73 because of her blunder. It was Hinami’s team that beat Nanami’steam. After that, Nanami got motivated by that loss and started to work hard. She wants to settle the scores by defeating Hinami. But she ends up losing the race again. 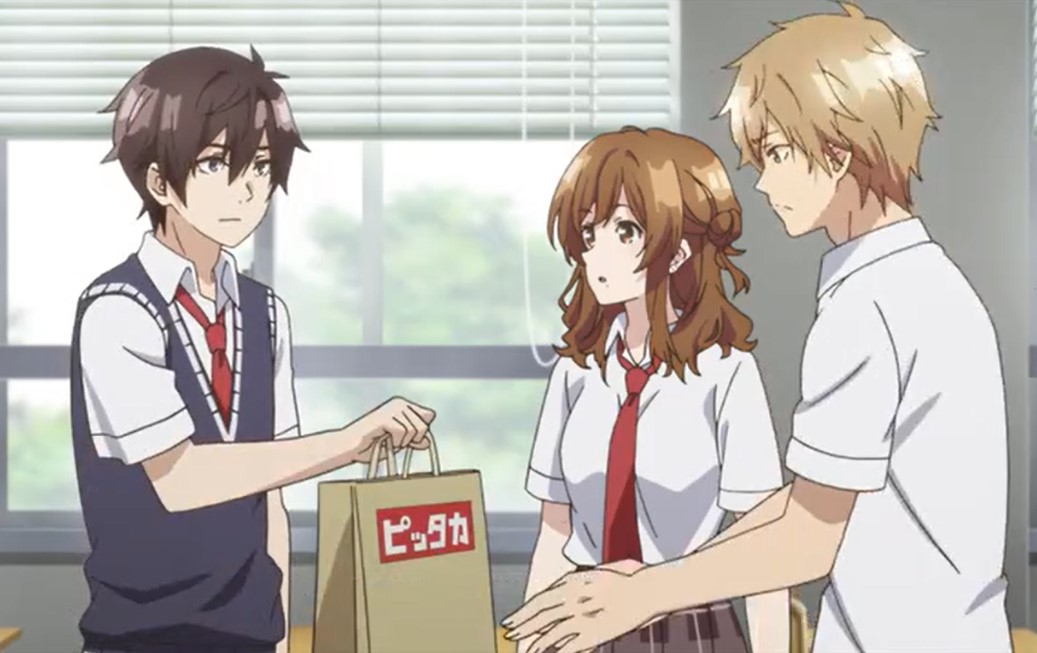 Nanami went home with a smile that she almost defeated Hinami today. Hinami met with Fumiya in the sewing room and talked about Nanami. She told Fumiya that if Minami keeps up, she will soon reach her breaking point. Hinami thinks that Nanami is practicing daily due to her improvement. They are worried that she is not getting time to sleep, and she dozes off at school. She might win the race, but her schoolwork might be left behind.

Hinami decided that she will have to talk with Nanami before she collapses. But Nanami will think that Hinami is belittling her since she has lost to her. Fumiya asks why Mimimi (Nanami) is so obsessed with Hinami. Hinami reveals about the prefectural basketball tournament in the middle school. Nanami cannot forget about that defeat from that day. She wants to defeat Hinami no matter how much she trained or works hard.

Fumiya decides to stop Nanami from forgetting about the past and move on. The next day he confronts her and talks with her. Fumiya told her about the tournament that she doesn’t want to forget about. Nanami explained her story, but she agrees and joins the same club with Hinami. She decided to forget about the past, and they celebrate Shuji’s birthday. Fumiya completes the task of giving Shuji a birthday present and talks with him for three minutes.