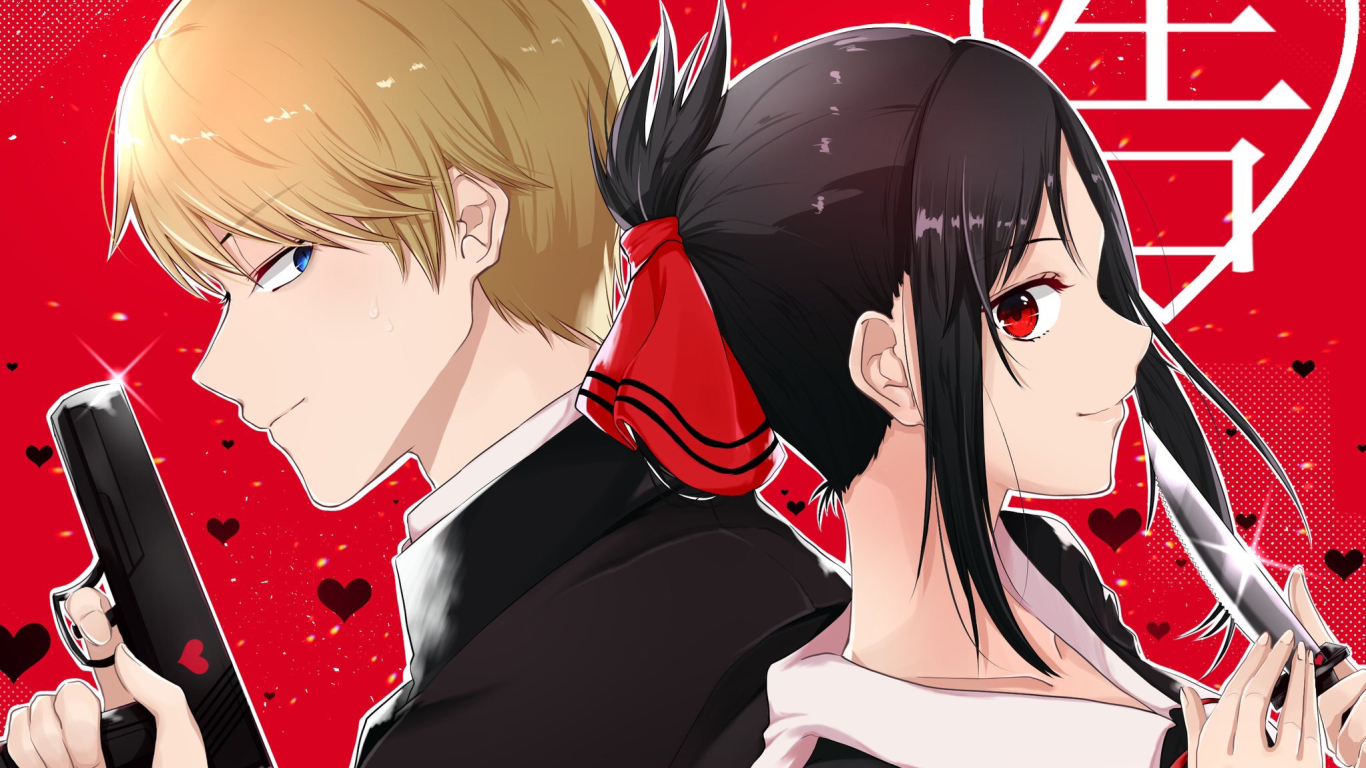 Kaguya-sama: Love is War one of the best slice of life anime .

Kaguya-sama: Love Is War is based on a manga that sold more than 9 million copies and won numerous awards. It follows the love-hate relationship between the main characters, Kaguya Shinomiya and Miyuki Shirogane. After, he reached his anime amongst a slice of life anime lovers because it was over the top face-off against the lead character.

Fans of this anime have been wanting more anime like this so here we today to fix your anime need by suggesting some of the best anime after you have finished watching Kaguya-sama: Love is War in random order.

The Ouran High School Host Club only lasts for one season but has an impact on its audiences and followers. It has its own follow-up since its debut, and it’s been 14 years since season one concluded, and there are no plans for the second season as of yet. The series revolves around a girl named Haruhi Fujioka who ruins an expensive heirloom to pay for a repair, poses as a boy, and joins the school’s host club. The club is made up of boys who are tired of enticing ladies in return for a rent. Catch it on Netflix and read more about this funny show.

This is a romantic anime that takes you to a roller coaster trip full of emotions. The runtime of each episode of this anime is about 25 minutes. When each episode is complete, you’re still going to need more episodes and you’re going to end up watching both seasons. My Teen Romantic Comedy SNAFU is a friendly anime that gives you a vibe, a mix of satire, sentiment, and life lessons. This love themed anime has a protagonist called Hachiman Hikigaya, who is a slob and a high school student with a host of life problems. He does not live in passion and affection. He seems to assume that everyone’s living a make-up life. One day, his teacher invited him to join the Community Service Club. But now he and his club mates need to support students who need encouragement to meet their goals.

K-ON, yeah, yeah! It can be concisely summed up as the adventures of a group of high school students who joined the pop music band, but stopping at it is a disservice to the tale. What is being raised is not what, but how; K-ON! It’s about the downtime between the rehearsals, hanging out with the friends, the mystical and universally relatable experience of adolescence. Director Naoko Yamada’s uncanny ability to get into the minds of her characters and make them live their lives as real people are never at odds with the cartoonish, pure fun side of the series. The fun of the first season followed by a much more atmospheric and emotionally charged story.

4. Sing Yesterday For Me

What if you’re living a quiet life doing the same thing for days, and then suddenly your life has changed because of something or someone else. This anime is part of the story I’ve mentioned. It’s the Slice of Life anime that’s gone under the radar of a lot of anime lovers.
Rikuo Uozumi had lost all but himself to a lonely life and had served in a grocery store in Tokyo. His monotonous life is interrupted as the mysterious Haru Nonaka, who sometimes falls to his workplace as a novice, makes a vibrant visit. When Rikuo discovers that Shinako Morinome, a friend of the old college and a crusher, has returned to the city, he finds a deeper friendship.

Several missiles struck Japan on 22 November 2010. Luckily, no deaths led to the “Careless Monday” incident. Three months back, Saki Morimi, a college student, went on a graduation trip to America. She’s going to visit the White House on her holiday to throw a coin on the property. Unfortunately, this innocent act is putting her in trouble with the police. Luckily, she was rescued by the happy, odd Akira Takizawa, an amnesia-stricken young man. He believes he’s a jihadist, and he has a strange cell phone loaded with almost 10 billion yen in digital money.

The revamped adaptation of the Fruits Basket aims to please anime fans with its second season. This season expands Tohru’s entanglements with the Sohma tribe, a tribe whose children are cursed to become the animals of the Chinese Zodiac. This season can be remembered as having passed the content used as the basis for the now-disposed 2001 anime adaptation. The second season aims to draw on the success of the first season of the reboot. This includes the most notably great animation of TMS animation and more manga-precise character construction. The anime also gains from the long-term translation of the manga, helping the workers to adapt better due to the experience of how the story ends.

7. Keep Your Hands Off Eizouken!

Based on Sumito’s manga series of the same name, Keep Your Hands off Eizouken! Follows high school student Midori and her friends Sayaka and Tsubame as they try to set up an anime club on their school campus and create their own animated film. What follows is a crazy odyssey of the ups and downs of attempting to break into animation, the kind of humor and disarmingly serious depiction of youthful ambition in the face of resistance, and inexperience that reaffirms why you fell in love with anime in the first place. Bringing meticulous nodes to some of the finest developers of the medium, and a mischievously meta-focused sense of imagination that will even leave the most rock-faced viewers grinning ear to ear, this is the kind of show that you could only expect from the likes of Masaaki Yuasa (Devilman Crybaby, Ping Pong Animation, etc.) and the team behind Science Saru.

The rather appetizing description would certainly please your palate and your sense of smell. Meat Wars, guy! Centers on the path of Yukihiro Soma, the son of a prodigious chef who owns an easy but sought-after dinner known as the Yukihiro Diner. In order to pursue his father’s journey to becoming the most excellent chef in the world, Yukihira is invited to attend the Totsuki Academy, a prestigious culinary school. Yukihira finds himself caged in the most demanding and exciting world of cooking. Given his impudent character, he’s got what it takes to make you sample the true spice of cooking.

9 . Darling in the FranXX

In the post-apocalyptic future, the rise of colossal beasts known as claxosaurs has led to a challenge to humanity. All this arose as human society propelled development by pioneering discoveries of mining technologies, allowing for low-cost production of exhaustive energy sources from magma. The magma extraction finally led to the unexpected arrival of the claxosaurs, who brought mankind to the verge of extinction. In order to defend against claxosaurs, scientists have built giant mecha known as Franxx and children as parasites. Young boys and girls born as parasites team up and pilot Franxx to battle the invading claxosaurs.

Premiered last July, this new Slice Of Life anime has gradually gained prominent anime fans’ attention due to its lively characters. Hana Uzaki and Shinichi Sakurai are the two primary characters in this latest love anime. Both characters of this romantic anime go to the same college. It has some ecchi features and some crowd encouragement to draw the interest of prominent anime audiences.
Hana is glad to go to the same college as Shinichi because she’s supported. She wants to hang out with him after a year of seeing him laze around right now. — episode reveals a new story of their daily life and adventures.