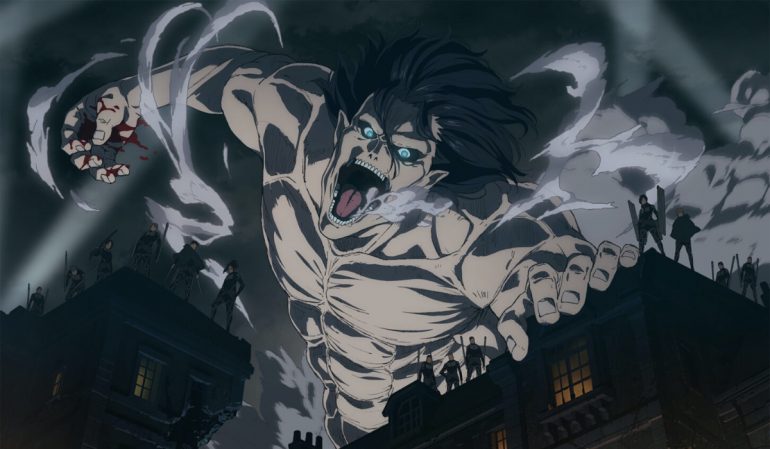 Anime To Watch For The Horror and Thriller Genre Enthusiasts

If you are the type of person who loves watching the horror genre, then you are surely in some luck. There is a huge bunch of content for the fans of the scary and strange and supernatural dramas and films that even include paranormal activities. Also, the animated content these days is surely full up to their brim with various stories in the horror genre. A lot of this content is very well written and is unique. Even the imagery employed in such shows is quite grisly. Anyone might have heard some popular names in this genre, such as Attack on Titan as well as Tokyo Ghoul. But here, we have wrapped up some of the best horror anime to watch if you need that adrenaline rush back.

This series can be considered as one of the classic animes present out there. The plot of this tale throws the entire spotlight on a character named Light Yagami. We witness that he comes into the possession of the mysterious Death Note. This is a magical journal where you have to pen down a person’s name, and he dies instantly. However, there are some ground rules for this book to work. The first is that a person’s real name should be written inside it. Also, the time of death and even its manner can be altered.

Owning this dangerous item also indicates the fact that a Shinigami will be attached to the writer. This Shinigami is the God of Death, and in Light’s case, he is attached to Ryuk, the owner of his Death Note. This anime series is a psychological thriller that positions some of Japan’s smartest minds against each other. This is when they are trying to bring the serial killer alter ego of Kira to justice.

Attack on Titan is surely one of the most amazing anime and manga series of all time. It happened to be so popular that even Universal Studios Japan gave the show its own attraction. All this while, Attack on Titan is also extremely horror. The show throws the entire spotlight on a society that lives behind walls to keep them safe from the Titans. These Titans are huge monstrous creatures who eat people. In this show, we witness that everything takes a U-turn one day for the people of Shiganshina when two Titans tear down one day, the walls of their homes.

This fact allowed all the other Titans to break through this gap and create chaos in human civilization. The focus is laid on Eren Jaegar and all the people who are affected by this breakage in Wall Maria. The story uncovers the mystery of these huge and mighty Titans breaking down the wall after 100 years of being at peace.

Berserk can be considered as a dark fantasy series that also includes the horror genre. It can be enjoyed in both popular mangas as well as an anime series. Also, you guys should know that there are two versions of the anime series. The first and the original one came out in 1997, and the new one was released back in 2016. Well, fans have their own opinions about which run was the best, but the show is popular for graphic violence. In this show, we follow the adventures of a swordsperson whose name is Guts. This guy is actually a mercenary who hunts down beasts.

All a person needs to do is watch Yamishibai if they want a full-fledged but compact version of Japanese horror’s main concepts. Each of its seasons is made up of concise episodes that run for 4 minutes. They all explore the urban legend. In these different episodes, we witness a different art style and direction and music with versatile characters. All this while, you guys should keep in mind that some of the stories included in this show might be a bit weaker than the other or at least a bit less relatable to the sensibilities of Western horror.

This show is actually the last entry in the very controversial Junji Ito Collection. The audience hyped this show, but later, when it was released, the show was not delivered as well as it was expected to be. This was to a level where Junji Ito himself came out and said that he did not think the show was very great. In case a person is not aware of it, you should know that Junji Ito is actually an amazing artist who designs a manga series. He draws body deformations and some of the nightmarish, surreal horrors with maybe a clinical detachment or two. The stories he tells have a logic of dreams, and although the anime collection was not as good, its dark and a bit insidious quality are surely going to stay with you for a longer period.

What is better for some of the adorable orphans to be raised in a gruesome mansion by some loving matrons. While you grow up, it is known that when you turn 12 years of age, a loving family who resides beyond the forest will adopt you. However, there are some ground rules to follow. A kid can not get too close to the forest fence. Also, they can not skip their daily meals and can not go looking for rabbits. If a person has read Never Let Me Go by Kazuo Ishiguro, this story might actually be ringing the be of a ride, which is quite terrifying.

But if you have not read this book, watch the anime. If you want to know what is The Promised Neverland is all about in just one sentence, here it is. The show takes all of your fears that you had as a child and pumps them with loads of steroids, and then leaves us alone with all of them in the middle of a deep dark forest.

This anime series can be considered as a blend of every sort of horror genre. It blends the whole concept of classical Onryo ladies and the haunted temples located in isolated locations with curses and gory deaths. All of this comes in amazing plot twists that shall not be discussed. Well, how would you feel if all our classmates declared some nonentity on your first day of school and fail to realize your entire presence? This is exactly what happened to Kouichi, who is just 15 years of age. Later in the show, he explained that all his batchmates are not pulling up this kind of behavior because they hate him.

They are doing so to counterbalance a curse set on the school since a student whose name was Mei also passed away in the same halls back in 1972. Another type of anime series is also a classic in planning the plots inside a closed room with mystery.

Also, read Documentary Watch-List: 6 Exciting Ones to Stream on Netflix.