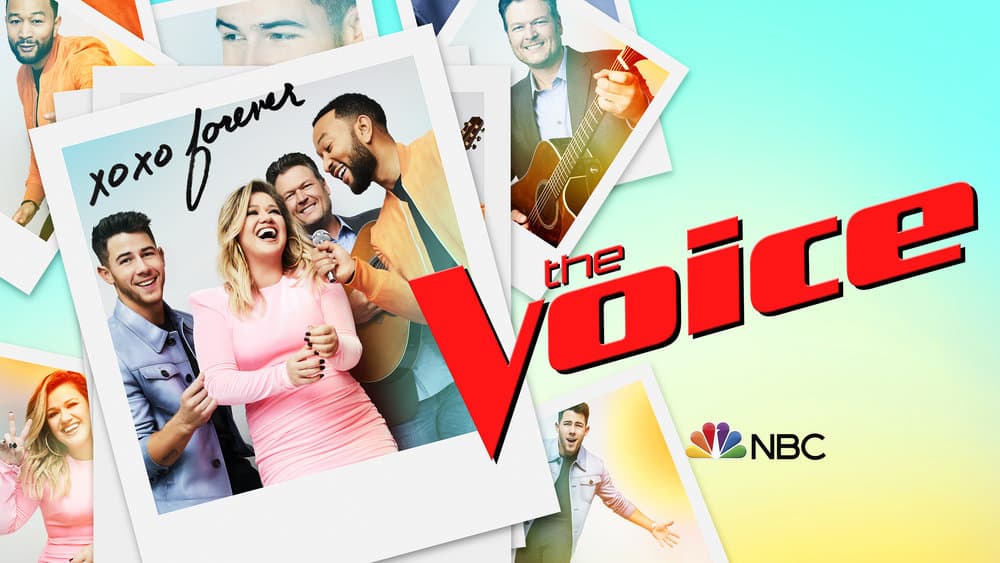 "The Voice" Season 20 is out and here's all you need to know about it.

‘The Voice’, the American reality TV series is back with its 20th season and has already released its first episode. Created by NBC, the series premiered its 1st episode on 1st March 2021 i.e. yesterday. The show has been running for about a decade now and has already completed 19 seasons. Gradually, the viewers started loving it and it became one of the most highly-rated reality TV shows. It has been a long time since the previous season ended. Consequently, the fans have been waiting for the new season. As a result, now that it is here, everyone will be glued to their TV boxes to watch it. Anyhow, to learn more about the series, let us further dive into the article.

Season 20 of @NBCTheVoice starts tonight! So excited for all the contestants!💛 their lives are about to change forever!

So happy #TheVoice is back. So happy to see @kellyclarkson @blakeshelton @johnlegend & @nickjonas back on my tv. ❤️

I’m so excited that @nickjonas is coming back to Season 20 of The Voice! I can’t wait for the Spring of 2021

Everything you need to know about “The Voice” Season 20:

“The Voice” is an American reality talent (singing) show. It started off based on a competition in the Netherlands with a similar format known as “The Voice of Holland”. It debuted with its first season on 26th April 2011 and ended on 29th June 2011 with a live finale episode. Javier Colon was the winner of that premiere season. The show began based on three phases i.e. a blind audition, a battle phase, and a 4-week live performance format. There are 4 coaches who chose for themselves a team of 8 people from blind auditions. Consequently, after the teams are chosen, the artists are mentored by their individual coaches and battle it out with each other. 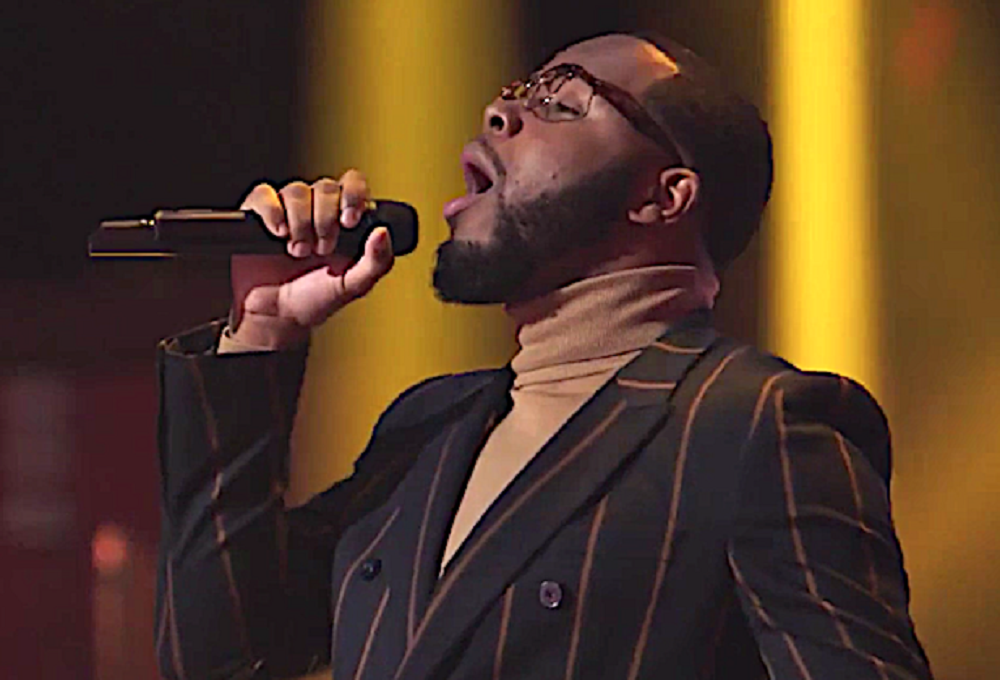 A still of a contestant singing from Season 20 premiere of “The Voice”.

Finally, when only one contestant is remaining on each mentor’s team, the finale is conducted. Then, these Top 4 artists compete against each other in the finale to win the title, prize money, and a record deal with Universal Public Records. The current season i.e. Season 20 of “The Voice” began on 1st March 2021 on NBC with a 2-hour premiere. Carson Daly will once again be the host for this season. It will be his 20th season hosting the show. Apart from him, Dan Smyers, Shay Mooney, Luis Fonsi, Brandy Rayana Norwood, and Darren Criss will also be a part of the show. Anyhow, there will be 4 coaches for this season also just like the rest. So, let us have a look at those judges/coaches and their advisors for the battles below. 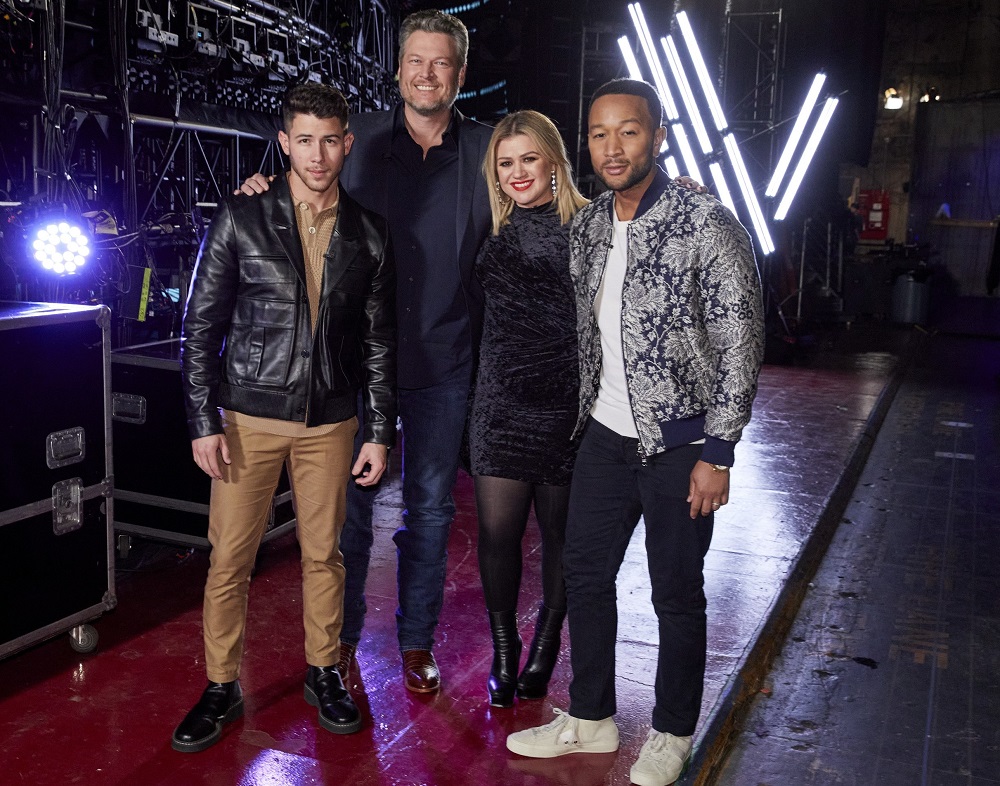 A still of the coaches/judges from Season 20 of “The Voice”.

Coaches for “The Voice” Season 20:

Blake Shelton: Blake Shelton is an American TV personality and country music singer. You might know him from movies and TV series like “The Ridiculous 6”, “Nashville Star”, “Time for Me to Come Home for Christmas”, and “Hitman: David Foster & Friends”. He will be returning for his 20th consecutive season as “The Voice” returns with its 20th season. Dan+Shay will be his season advisors for the battles this season.

Kelly Clarkson: Kelly Clarkson is an American songwriter, TV personality, and singer. She became popular after winning the first season of “American Idol” (2002). You might also recognize her from her work in many TV series and movies. Some of them are “From Justin to Kelly”, “American Dreams”, “Who Do You Think You Are?”, and “The Star”. This is going to be her 7th season being a part of “The Voice”. Luis Fonsi is going to be her this season’s advisor for the battles.

Nick Jonas: Nick Jonas is an American actor, songwriter, and singer. Starting his career as a child artist, Nick worked his way up in the industry. He is best known for doing movies and TV shows like “Jumanji: The Next Level”, “Chaos Walking”, “Goat”, and “Kingdom”. It is going to be Jonas’ second season as a judge as he returns after a one-season hiatus. Darren Criss will be his season advisor for the battles in this season.

John Legend: John Legend is an American songwriter, singer, actor, philanthropist, film producer, and record producer. He has done a huge load of brilliant films and shows in Hollywood. Some of his best works include “Between Two Ferns: The Moive”, “Soul Men”, “La La Land”, and “Lip Sync Battle”. This is going to be his 5th season with “The Voice”. Brandy Norwood will be the season advisor for him in the battles.

Carter Rubin won the Season 19 of “The Voice” on 15th December 2020. His mentor was Gwen Stefani, who was consequently, the winning coach. Talking about the current coaches, Blake Shelton is the most successful coach right now. Apart from winning the most seasons with his contestants, he has also produced the most runners-up. Anyhow, it will be interesting to see how this season goes and how each coach progresses with their artists. Till then, let us have a look at the schedule for the episodes of Season 20 of “The Voice”. 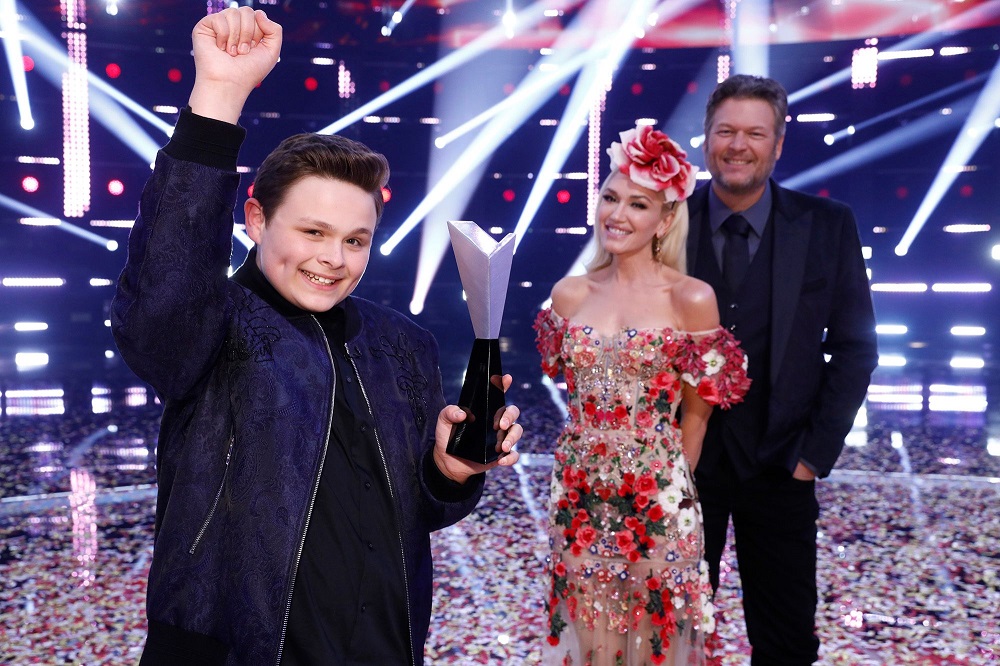 A still of Carter Rubin (left) lifting the trophy after winning Season 19 of “The Voice”.

So, you can tune in to NBC at 8 PM ET every week on Monday and Tuesday to watch the latest episode of Season 20 of “The Voice”. Till now, the 4 coaches have selected 9 artists in all with Nick Jonas selecting 3 whereas the rest have chosen 2 each. So, it will be interesting to see how this battle pans out in the upcoming weeks on one of the biggest singing reality TV series. Until then, let us know in the comments section how excited you are for the return of this season. Also, tell us which coach do you think will guide his artist to victory this season.