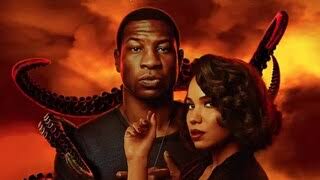 Lovecraft Country is a drama horror TV series that js developed by Misha Green. It is based on the 2016 novel which goes by the name that is written by Matt Ruff. It is getting produced by Monkeypaw Productions, Bad Robot Productions, and Warner Bros. The show will have one season that will be airing this year. In this, we follow the story of Atticus Freman as he goes with his friend Letitia and his Uncle George on a road trip journey across 1950s Jim Crow America in search of his missing father.

This search becomes a game of survival and overcoming the racist terrors of white America as well as the monster that could rip them apart like paper. As for the cast it consists of Jurnee Smollett as Letitia “Leti” Lewis, Jonathan Majors as Atticus Freeman, Aunjanue Ellis as Hippolyta Freeman, Atticus’ aunt and a star-gazer with an itch for adventure. Courtney B. Vance as George Freeman, Wunmi Mosaku as Ruby Baptiste, Leti’s hustler half-sister. 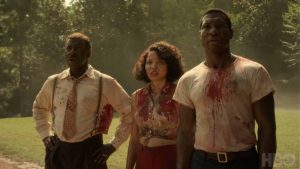 Abbey Lee as Christina Braithwhite, the sole daughter of the leader of a secret order known as the “Sons of Adam”. Jamie Chung as Ji-Ah who is a seemingly naive nursing student that is more than she seems. Jada Harris as Diana Freeman,
Michael K. Williams as Montrose Freeman who is Atticus’ hard-headed and secretive father. Lovecraft Country release date has been revealed it will be starting on 16 August. Down below you can see the guide of the show:-