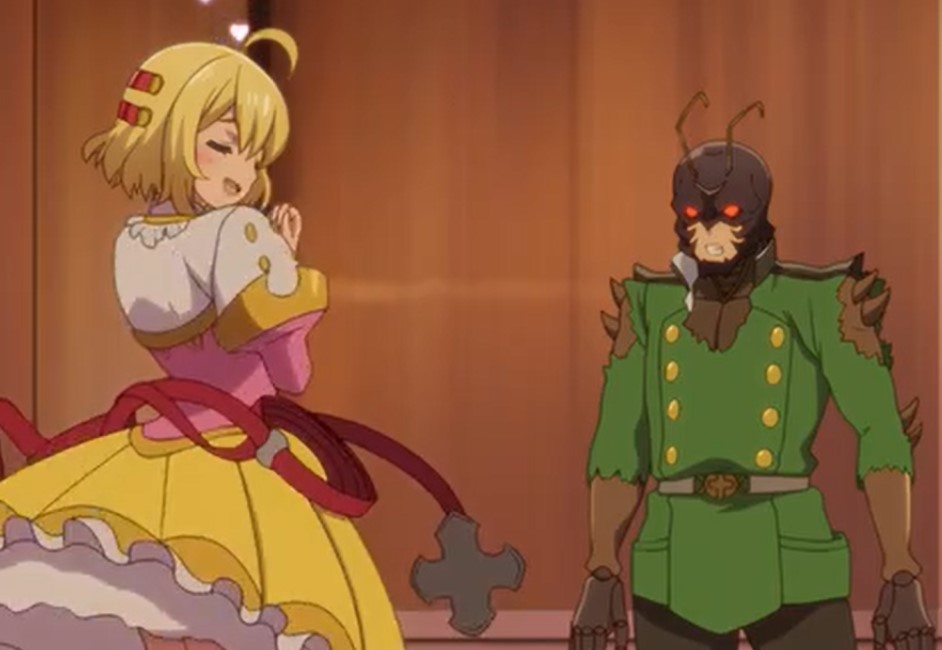 Selen and Riho visited Maria’s house looking for the princess that is missing. They encountered Lloyd, and Selen is worried about why he is here. Selen started to think that Lloyd might be married to Maria. Selen and Riho question Maria about the princess, and Maria said she done;t work with the missing cases. Selen asks her about Lloyd, and Maria reveals that Lod is just like a nephew to her. Selen is relieved that Lloyd will now belong to her only.

Later, Maria reveals the truth that she is the missing princess that they are looking for. Lloyd interferes, and she scolds him since she considered him a weakling. Lloyd left the room. Maria did that so that Lloyd’s life won’t be in danger, and she asks the two to help her solve the royal palace problem. They allied to stop the upcoming war that is caused by someone within the royal palace. They both head to the castle and encounters the enemy.

Suppose a Kid from the Last Dungeon Boonies Moved to a Starter Town? Episode 4 Release Date

Suppose a Kid from the Last Dungeon Boonies Moved to a Starter Town? Episode 5 will be released on Monday, 1 February 2021, at 10:00 PM JST. You can enjoy watching this anime officially on AnimeLab and Funimation. Let’s take a look at the recent development and preview down here. 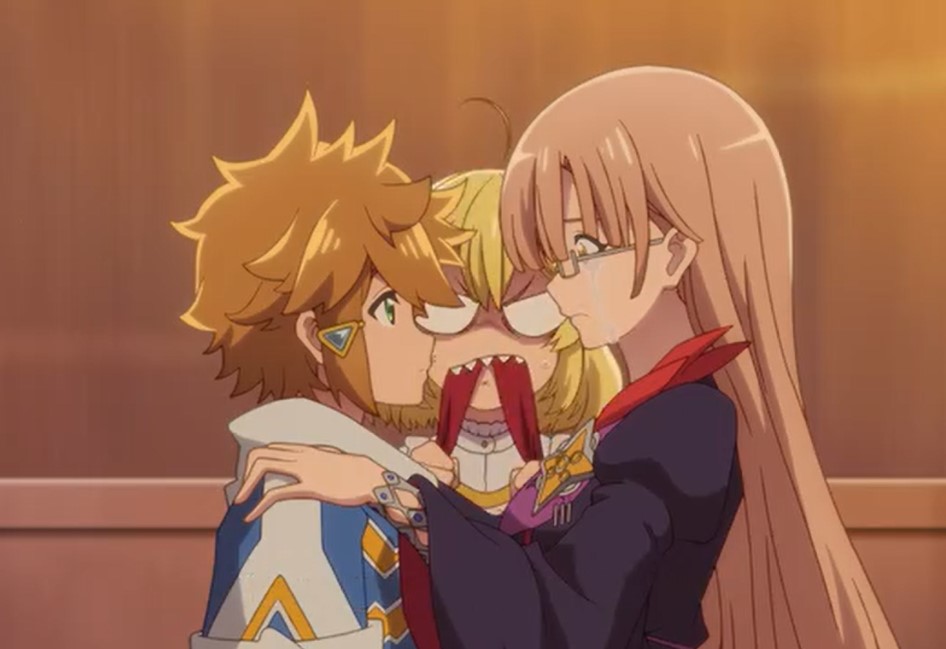 Previously on, Suppose a Kid from the Last Dungeon Boonies Moved to a Starter Town? Episode 4

The war has broken out. Lloyd did not let what Maria said affects him. He is protecting the villagers from the monsters that are trying to kill them. Lloyd defeated the monsters with a single swoop. He is asking himself why the villagers were making a big deal about it. Alka scolds the dead monster that it is what they get for trying to ruin her festival. Lloyd told Alka about Marie and where she headed with others.

Alka asks Lloyd what he is planning to do about it. Lloyd replies that he doesn’t care that he is weak, for he has angered Marie. He will still have to save everyone while Marie is clashing with the Demon Lord inside the castle. The King became the Demon Lord for stupid reasons. The Demon Lord is wondering why Marie is not afraid of him. He reveals the truth, and she is disappointed in him since she fought with Lloyd over nothing.

The Demon Lord said that it is her last word, and Marie decided to ignore it since it looks like a joke. She decided to head back to Lloyd and Lolie. The Demon Lord told her that she still has unfinished business with him, and he chases her. At the same time, Lloyd is also heading to the castle to save Marie. On his way, he is sweeping the monsters away with a single punch. Allan was hiding nearby, and he was scared of the monsters that Lloyd is taking down.

Lloyd went to him and realizes that it is a guy who he met with at the battlefield the other day. Allan is embarrassed that he was trying to act tough on the battlefield. But now he is scared of the monsters, and that day, he thought that Llyod is a weakling. Allan wanted to lie that he was not hiding and scared. He realizes that he will be fooling himself to do that. He opens up to Lloyd. 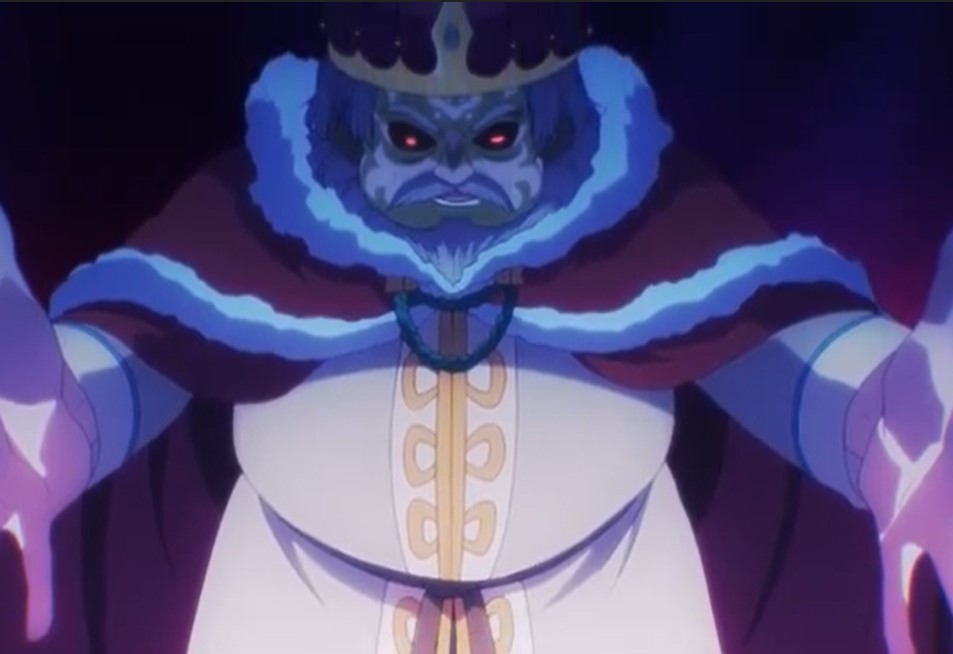 Llyod consoled him and told him that he wanted to be a soldier, but he failed the entrance exam. Allan is surprised that a guy who can take down a monster in a single blow has failed the exam. When Lloyd continues to narrate the story of his life a monsters show up. He touched the monster on its forehead and told it that he is in the middle of important conservation. The monster falls unconscious just from touch.

Allan told Lloyd to stop treating himself like a low-class guy since he has just blown the monster away. Llyold told Alla that he is strong. He left Allan and save the girl who was about to be eaten by a monster. Allan is glad that he met with Lloyd. Loyd reached the castle and defeated all the monsters. He reunited with Marie, and Selen gets jealous that they are embracing each other.

The Demon Lord shows up, and Lloyd told him that it is not safe; there are monster s here. He asks the Demon King if he is drunk, and he must take off the costume he is wearing. Marie thought that the Demon Lord and Loyd showed it was just a king coloring his face with green color. He wipes him out, and he came back to normal. The King clears the misunderstanding, and everyone heads back to their normal life.

Suppose a Kid from the Last Dungeon Boonies Moved to a Starter Town? Episode 5 Preview

You can also read: Suppose a Kid from the Last Dungeon Boonies Moved to a Starter Town? Episode 4. With us here, that was all about the upcoming episode of this anime. See you next time when the latest episode hits, that’s what we have to offer for this week.