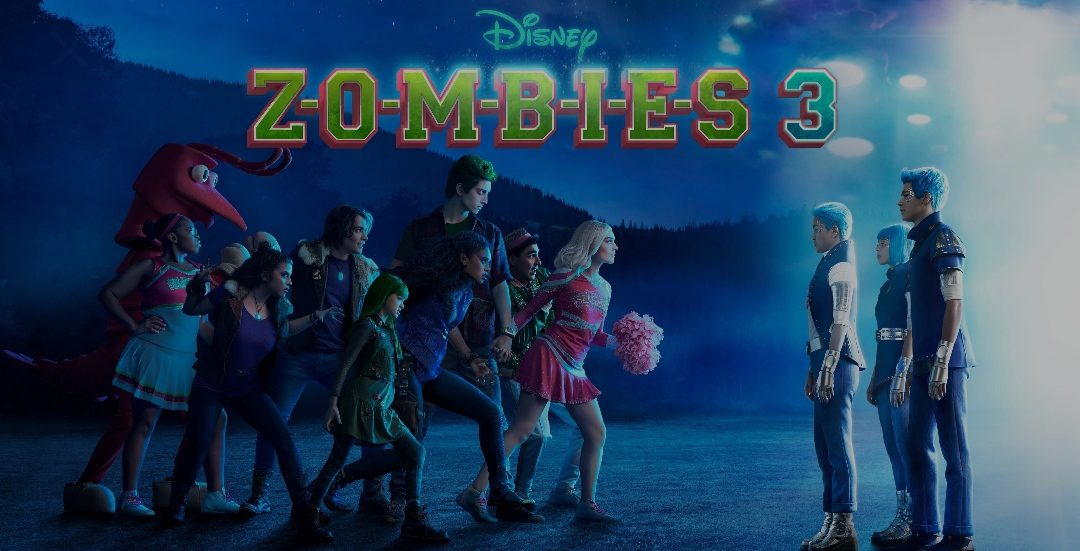 Where To Watch Zombies 3?

Do you want to know where to watch Zombies 3 for free? With the release of Milo Manheim’s new movie, fans are indeed interested in knowing how to watch the movie for free. Zombie was released on 15 July 2022 on Disney+ starring Milo Manheim and Meg Donnely in the lead. The story revolves around the high school students and their encounters with the Zombies. It was helmed by America’s famous director Paul Hoen. Zombies 3, as the name suggests, is the third installment of the Zombie series.

The first two installments have received positive reviews from critics. However, the third part has not received mixed reviews from fans as well as critics. Fans believe that the actors have not given their best shot, and there is hope for many improvements. Nonetheless, its music received positive reviews from critics. People love the music and the dance in the movie. The graphics are also pretty nice, but fans believe they could have been better. Overall movie is nice, and you can watch it if you love Zombies movies. But where to watch it? Let’s find out. Here in the article, we will talk about where to watch Zombies 3 for free.

Also Read: Milo Manheim Net Worth: How Rich is The Young Actor?

Zombies 3 follows the story of a high school boy named Zed, played by Milo Manheim. If you have not watched the first two installments, you probably find it difficult to get with the story; however, as the movie proceeds, you will get to know everything very easily. In Zombies 3, we follow Zed and Addison, who have recently finished their schooling and are now all set to enter college. In their final year of school, Zed was trying to get a football scholarship at the college while Addison is gearing up for international cheers up. Unfortunately, their excitement was sliced by the attacks of the Aliens. The Seabrook High School (Zed and Addison’s school) was attacked by the Zombies and werewolves.

The premises was filled with Zombies. Zed and Addison struggle to save their people amidst the war. The story will surely keep you stuck to the screen, however, in between, you might not enjoy it. However, the ending is quite amazing and is certainly the best part of the movie. What happens in the end? To know the answer, watch the movie. But where? Well, scroll down further in the article to know more about Where to watch Zombies 3 for free!

Who is in the cast of The movie?

Zombies 3’s cast is certainly very amazing. The movie stars some of the top stars in the industry. In the lead, we have the dashing superstar Milo Manheim who played the character of Zed. Joining him in the lead is Med Donnelly, who was seen as Addison. Milo and Med’s on-screen chemistry led to fans wondering if they are dating in real life. However, they are not. Both of them share a great bond and are best friends.

Where to watch Zombies 3 for free?

Zombies 3 was released on Disney+, and the only platform available to binge-watch this action-filled movie is Disney+. You need to have a subscription to the streaming platform to binge-watch this fantastic movie. There is no authentic platform that allows you to watch the movie for free. The musical drama is just 1 hour 30 minutes long, so you quickly finish it.