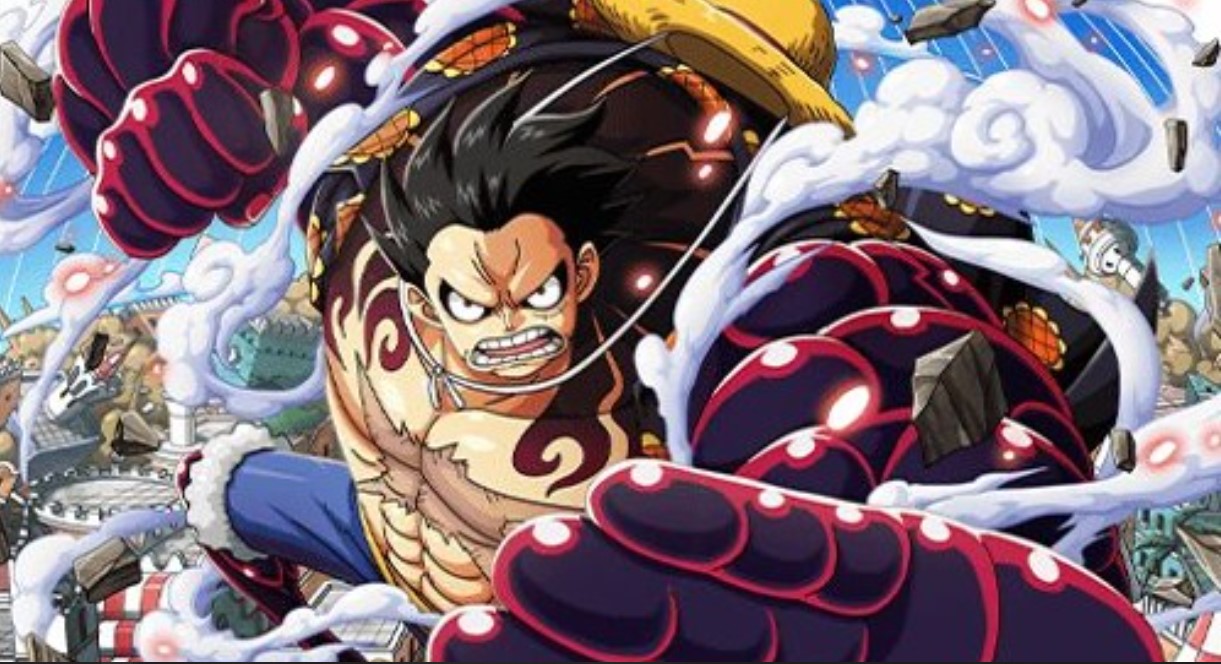 The ongoing fight at Onigashima in One Piece manga sees Luffy face the strongest opponent in his life. And every time this happens, he seems to have something up his sleeves. Luffy’s Ordinary attacks did not affect Kaido, who easily pummelled him and imprisoned him in Udon. And now Luffy had to come up with a different way to fight against Kaodou, who seems unbeatable. But thanks to One Piece, SBS fans can directly ask Oda himself about what could be on the horizons for Luffy and the straw hats.

Oda would not like to reveal things that have not yet happened in the manga and address some of the questions fans have through One Piece SBS volumes that come out with each One Piece Manga volume. The next volume, One Piece SBS volume 98, will be out soon, and its leaks have already made it to the internet. One fan asked Oda about the possibility of Luffy getting gear 5 in this fight, and Oda has given a response jokingly. Well, he would not like to be as clear at the moment because this would heavily spoil the battle at the rooftop.

Right now, the fight seems unpredictable, and even though the new generation is landing powerful hits on Kaidou, he remains unharmed. He has not yet taken this fight seriously, but the upcoming chapters’ spoilers hint at an intense battle.

One Piece Chapter 1003 will release over the weekend, and its spoilers are already out. The chapter will officially release on VIZ Media and Shueisha’s Manga Plus and will be available for free to everyone.

Will Luffy Get a Gear 5? Oda Answers in One Piece SBS

What remains on the horizon of this fight remains a mystery; the clear possibility right now is that Luffy and his alliance have meager chances of winning. But they still take on the two Yonkos of the seas, so they have that advantage in number at the fight taking place on the rooftop. It makes one wonder what Luffy and his team will do to win this fight. Luffy has been training his Haki in Udon, preparing for the final battle against Kaido. So he is fully aware of his weaknesses and had been training to compensate for them. Now Eichiro Oda, the creator of One Piec manga, has hinted fans on a possible Luffy Gear 5.

One Piece SBS volumes come together with One Piece Maga volumes, and it is where fans ask Oda anything about the manga, and he answers where necessary. In the leaks of the upcoming One Piece SBS volume 98, one fan asked if Luffy will get a gear 5. Take a look down below:

Oda: A gear 5!? The enemy Luffy is fighting the strongest man in the world this time! And the world? That’s moving on from 4G to 5G!! The G stands for Gear, right?

This is an extract from the leaks of the next One Piece SBS volume. We have managed to get hold of this information thanks to the One Piece subreddit.

Oda has replied jokingly to an SBS question that had asked if there will be a gear fight in Wano’s big war. Oda did not precisely agree nor disagree with the question; he outlined the events taking place in the real world and pointed out that Luffy is facing the strongest man in the world. So this calls for new techniques to come forth, just like how it happened in Luffy’s previous fights.

This was all Oda hinted at; the SBS had their questions that Oda had answered, and they will be publishing soon. To stay tuned, make sure you read our weekly manga highlights and weekly anime news updates for more news.