George Miller is an Australian filmmaker, a former physician turned director. Miller is best known for his Mad Max franchise. Its second installment is Mad Max 2, and fourth is Fury Road. These movies are often described to be amongst the greatest action films of all time.

George Miller’s work is pretty much diverse in genre and style. He has done everything from action to drama. The man also directed the biographical medical drama Lorenzo’s Oil, followed by the dark fantasy The Witches of Eastwick, and then the family-friendly fantasy adventure Babe. Finally, his animated movie Happy Feet won the Academy-Award in 2006.

It should be also noted that George Miller is the co-founder of the production houses Kennedy Miller Mitchell, which was formerly known as Kennedy Miller, and Dr. D Studios.

George’s TV roles include The Dismissal, The Last Bastion, Bodyline. The man is also a feminist icon, he has said on many occasions that the 1940 version of Pinocchio is one of his favorite films. Miller identifies to be a feminist, He stated in an interview that he can’t help but be a feminist.

Today we decided to honor the man by naming his ten best-rated movies on IMDb. 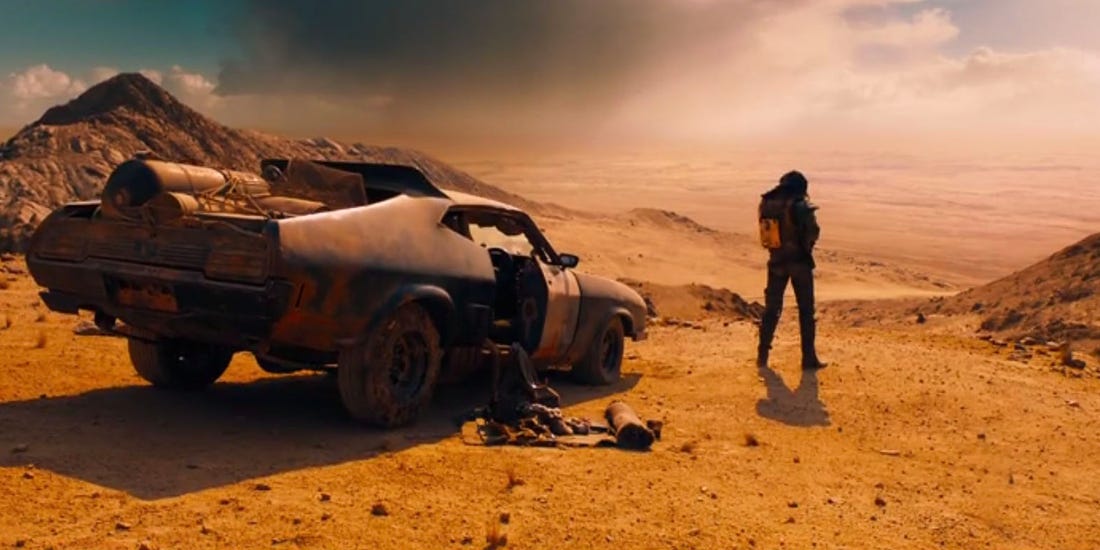 Mad Max: Fury Road: the fourth installment to the franchise.

The movie is co-written, produced, and directed by George Miller. In this movie, Miller collaborated with Brendan McCarthy and Nico Lathouris in terms of the screenplay.

It is the fourth installment and an ode to the Mad Max films. The movie was produced by Kennedy Miller Mitchell and distributed by Warner Bros. Pictures. 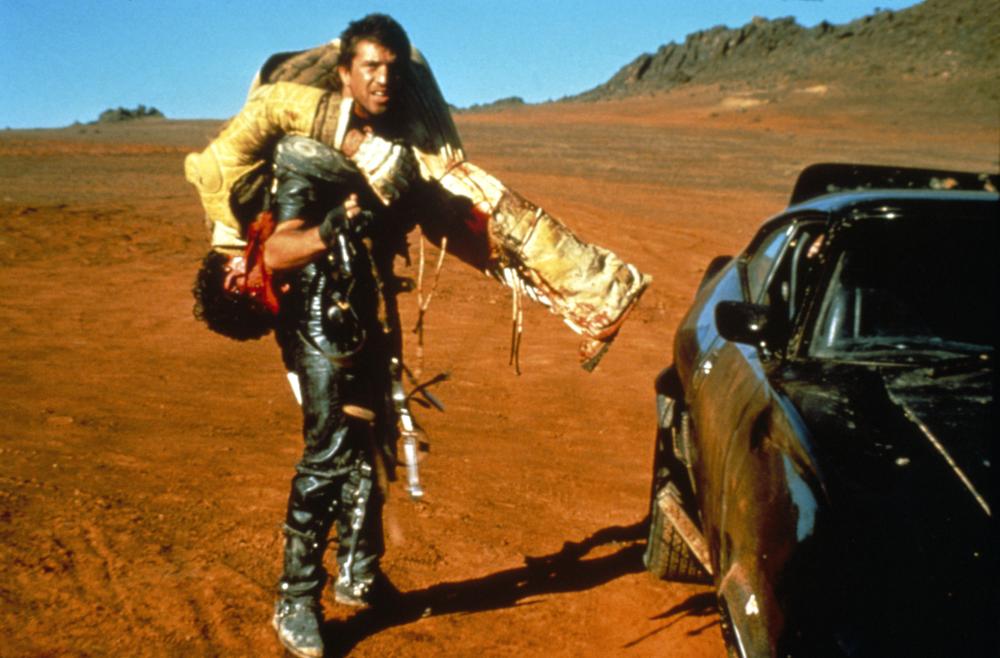 Mad Max 2: The Road Warrior: thrill and passion at a height.

This one’s known more as Mad Max 2. It is directed by George Miller. The Road Warrior is the second installment in the Mad Max film series. Mel Gibson stars again as Mad Max Rockatansky.

The story revolves around the tale of a community of settlers who shifted to defend themselves against a roving band of marauders. It follows an archetypical “Western” frontier movie motif. Max plays a hardened man who has rediscovered his humanity as he decides to help the settlers. 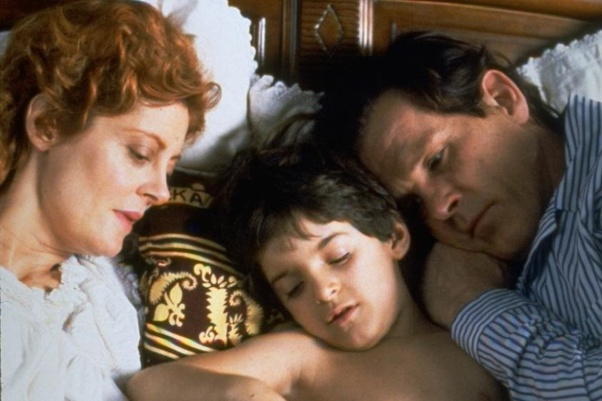 The film is co-written and directed by George Miller. Lorenzo’s Oil is based on the true story of Augusto and Michaela Odone. They play two parents who are in a relentless search for a cure for their son Lorenzo’s adrenoleukodystrophy (ALD).

Lorenzo’s Oil had a limited release in North America but had a nationwide release two weeks later. The movie was very well received by the critics and received two nominations at the 65th Academy Awards but was a box office bomb. 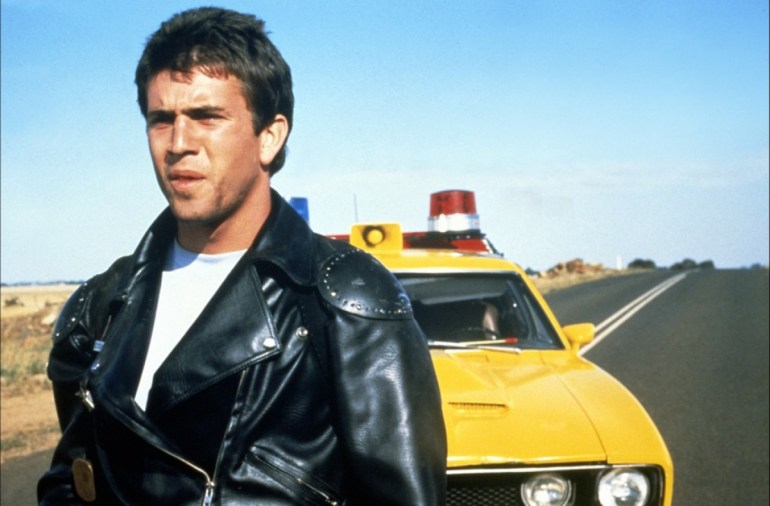 Mad Max: the first of the franchise.

It is produced by Byron Kennedy, and it stars Mel Gibson as “Mad” Max Rockatansky himself. The rest of the cast includes Joanne Samuel, Hugh Keays-Byrne, Steve Bisley, Tim Burns, and Roger Ward.

The screenplay for Mad Max was written by James McCausland and Miller himself. It was based on a story by Miller and Kennedy.

Mad Max is set in a future Australia, and it presents a saga of societal collapse, murder, and revenge. A policeman is embroiled in a violent feud with a savage motorcycle gang. Mad Max became the first Australian film production to be shot in anamorphic widescreen. 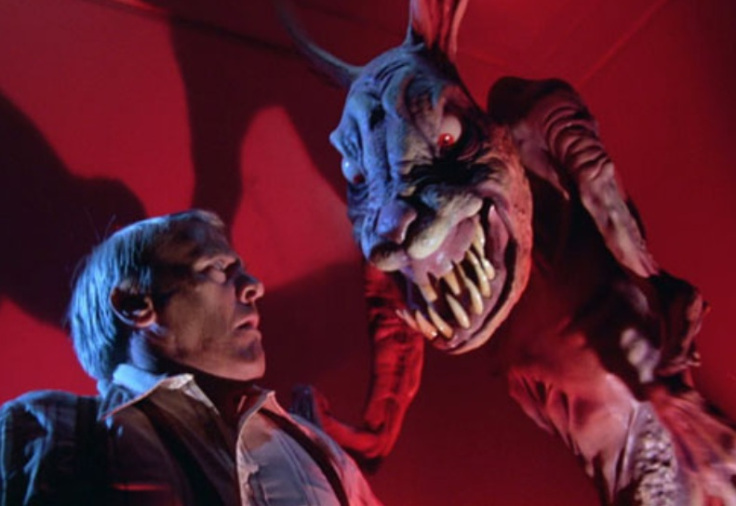 Twilight Zone The Movie: Miller will always be known for this masterpiece.

The film is produced by Steven Spielberg and John Landis. It is a cinematic interpretation of the 1959–1964 TV series.

Twilight Zone: The Movie is a remake of three episodes of the original series and it introduces one original story. The film is directed by Landis in the prologue, the first segment, and the epilogue. Whereas, Spielberg directed the second segment, Joe Dante the third, and George Miller the final. 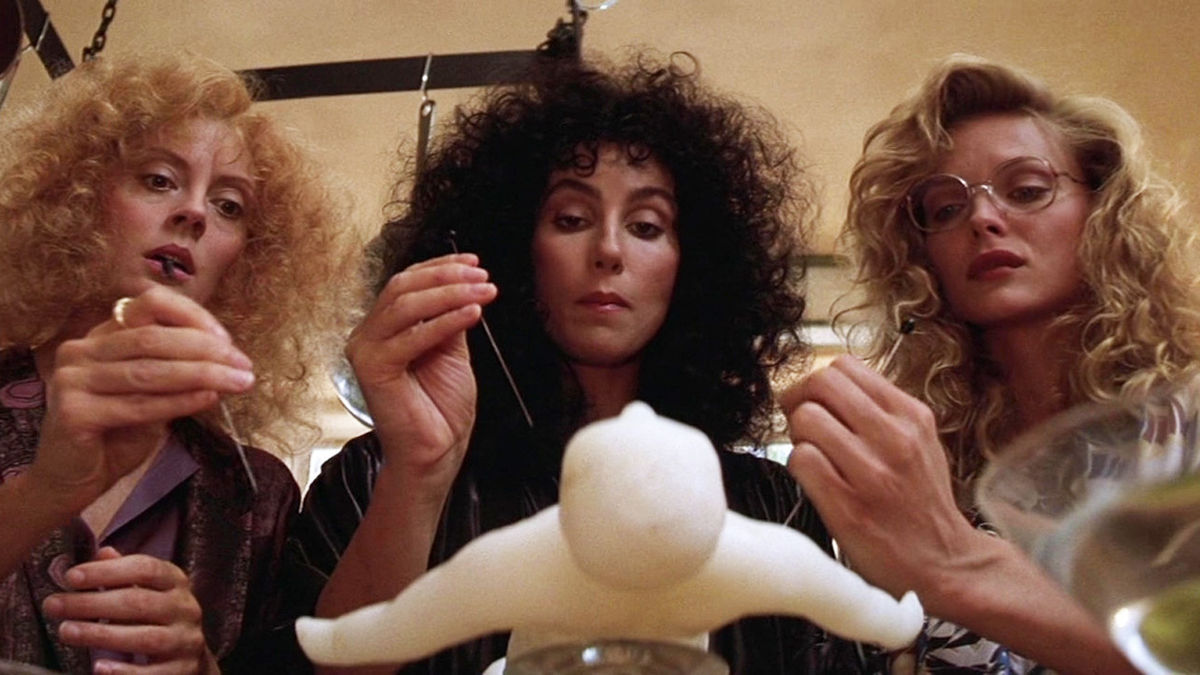 The Witches of Eastwick: The best witch movie ever.

The Witches of Eastwick is a 1987 American dark fantasy-comedy film.

The film is directed by George Miller and it stars Jack Nicholson as Daryl Van Horne. The rest of the cast in the movie includes  Cher, Michelle Pfeiffer and Susan Sarandon, They star as the eponymous witches.

In the movie, Alexandra Medford is played by Cher, Jane Spofford is played by Susan Sarandon, and Sukie Ridgemont by Michelle Pfeiffer. These are three dissatisfied women living in the beautiful town of Eastwick, Rhode Island. 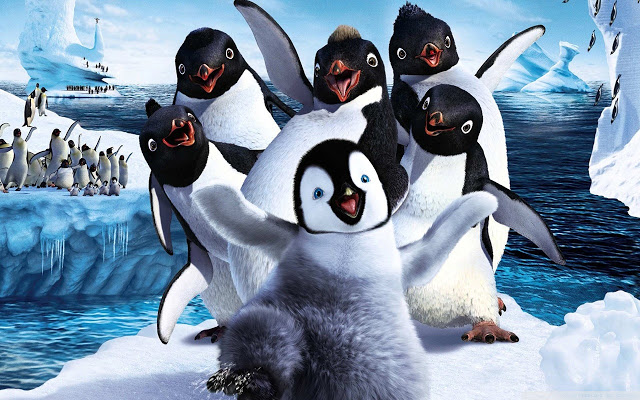 Should be no wonder that it got a sequel Happy Feet Two!

The production houses on Happy Feet were far too many. It was an international co-production between the United States and Australia. It was produced at Sydney-based visual effects and animation studio Animal Logic for Warner Bros., Village Roadshow Pictures, and Kingdom Feature Productions. 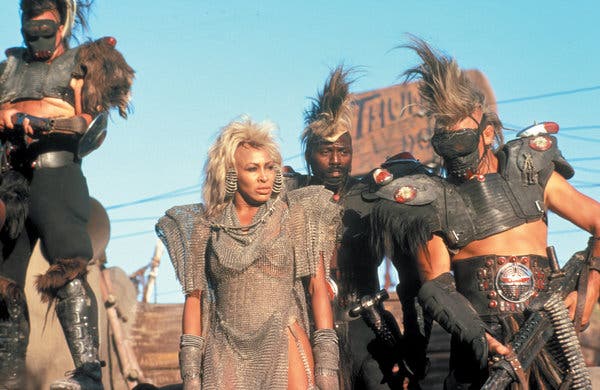 Mad Max Beyond Thunderdome is a 1985 Australian post-apocalyptic action film.

The movie is directed by George Miller and George Ogilvie. The movie was written by Miller and Terry Hayes. Beyond Thunderdome, the sequel to Mad Max 2: The Road Warrior. The story revolves around Max (Mel Gibson) who is exiled into the desert by the marauders of Bartertown. 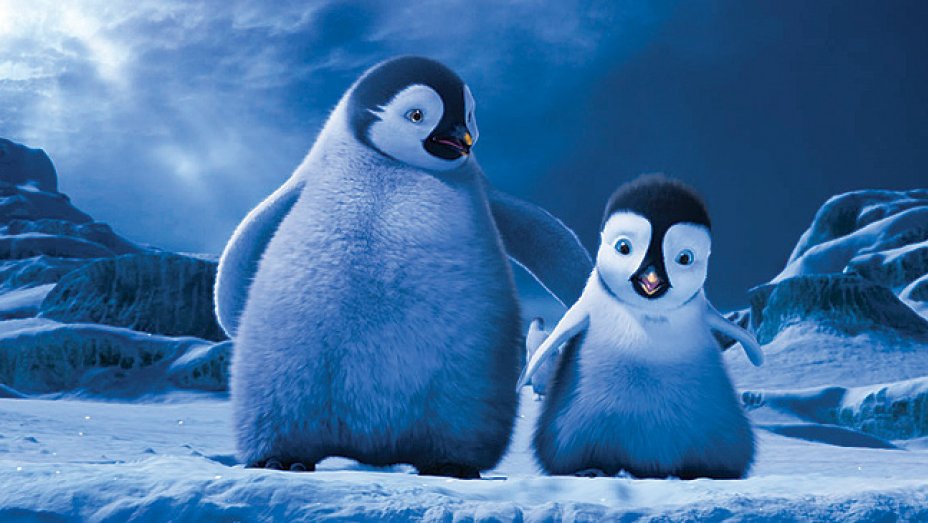 The story revolves around Erik, the son of Mumble and Gloria, who must stop the Apocalypse of Antarctica. 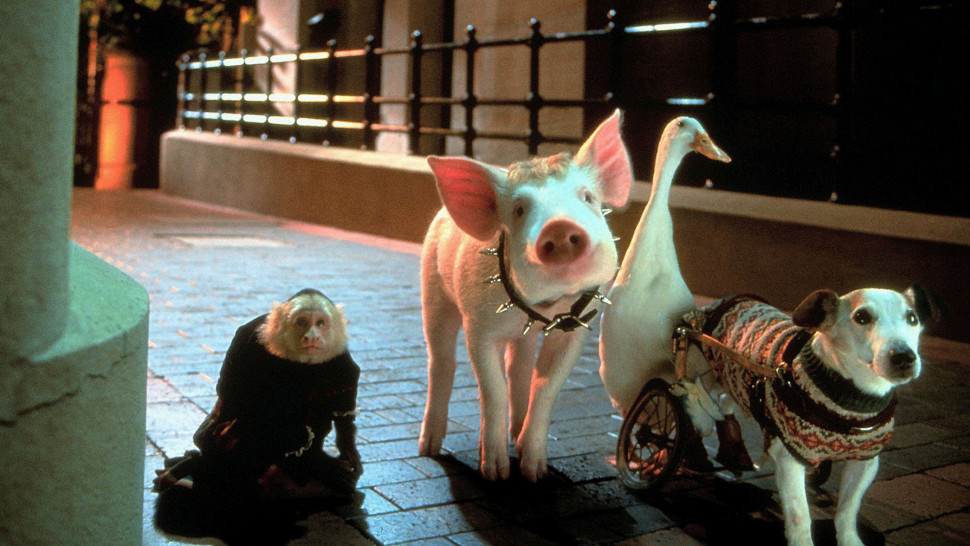 Babe: Pig in the City is a 1998 Australian-American comedy-drama film.

The film is directed by Miller. It is the sequel to the 1995 film Babe. George Miller was also associated with the original film. He co-wrote, produced, and directed Babe: Pig in the City.

The new cast featuring Glenne Headly, Steven Wright, James Cosmo, Myles Jeffrey, and Mickey Rooney. The story talks about the journey of Babe and Arthur Hoggett’s wife Esme. It is based in the fictional city of Metropolis. In this one, Elizabeth Daily replaces Christine Cavanaugh as Babe.