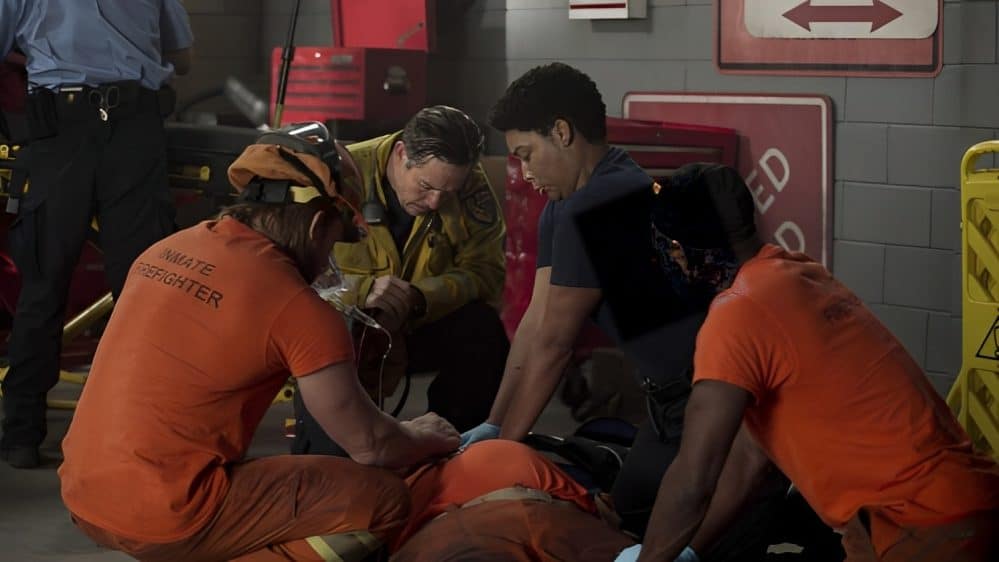 Excited about Fire Country Episode 10? As we last saw in episode 8, Bode was taken along in the car that was still dangling from Ledgewood Bridge and then fell into the river. It will be difficult for the Cal Fire and the Leone Family to recover from the shock of Bode’s death.

In episode 9, we know if Manny and Vince’s teams can find Bode. Whatever happens, Cal Fire will be held responsible after the accident. If you don’t remember what happened with Bode, so basically, Bode crossed a bridge.

He threw his life in danger to rescue a person who was stuck in a car placed dangerously on a bridge, resulting in him falling overboard when the vehicle he was in crashed. The car and Bode both fell into the water. Both the car and Bode were lost in the river.

Before diving into Fire Country Episode 10, let’s quickly do a recap of the previous episode. In Episode 9, as Vince, Manny, and Sharon are studying the area’s boundary on a map, Sharon notices Bode coming with an injured Gabriela in his hands.

They all rush in his direction. Then we get to know that Meg is still alive. Vince then sends Eve, as well as another firefighter, to get her. Bode explains that since Meg is in much better form than Gabriela, he chose to bring her in first. 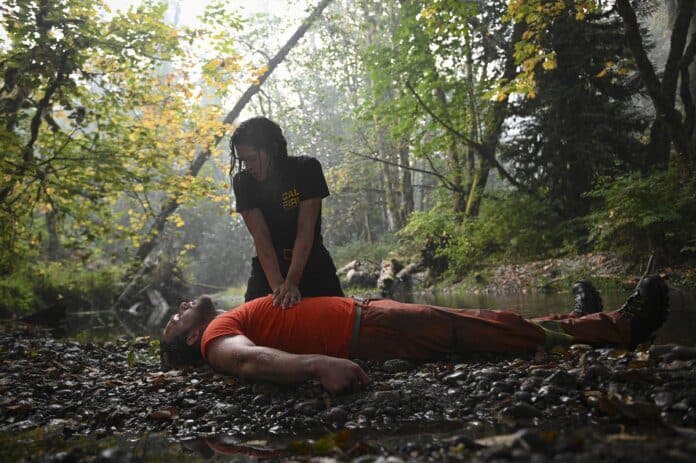 After a while, Gabriela opens her eyes while being carried on a stretcher and calls Bode by name. Her father, Manny, and Jake were present when she called Bode’s name. Bode runs to her to check on her as she is loaded into an ambulance and driven to the hospital.

Sharon, Eve, Vince, Manny, and Jake have all defended one another from Officer Erika, particularly Freddy, who disproved Manny’s suspicion that he would hold him responsible for the forest fire as payback for what Manny did to him.

As a matter of fact, Erika herself suggested this to Freddy. She was a part of Cal Fire, so it went without saying that she also wanted to avoid any sort of loss for them. Bode expressed regret for what had happened to Meg.

After considering everything, Erika decides that Bode will be held responsible for the team. He was already facing charges and compared to other people, Cal Fire will suffer little from his loss. Vince advises Erika to also blame him and not just Bode for Meg’s death. Erika, unfortunately, already knows what she wants.

Vince asks her permission to speak with Meg’s parents. He speaks to them, informing them of Riley’s death and the fact that Bode tried to save Meg; otherwise, they would be holding Bode responsible for things he didn’t do. Bode is a good firefighter.

Therefore sending him to prison will simply increase the chance that someone else’s child will be killed. Even though she is emotionally destroyed, Meg’s mother promises Vince that she will speak with their attorney and have the charges dropped. Now we will discuss when will Episode 10 of Fire Country will release and what will happen in it.

Fire Country Episode 10 will release on 13 January 2023 on CBS. This episode is titled “Get Your Hopes Up.” At the time of writing, 12 episodes are scheduled for this season. This means there will be only two episodes after this week’s episode.

The Synopsis of Episode 10 is as follows: “A deadly fire starts when a box truck clashes with the station, knocking out the electricity. Cara and Sharon face multiple emergency situations.”

Episode 10 of Fire Country will air at 9 pm PT in the US. New episodes of Fire Country are released every Friday, and you can watch the show on CBS. The episode release timings for the rest of the world are as follows: