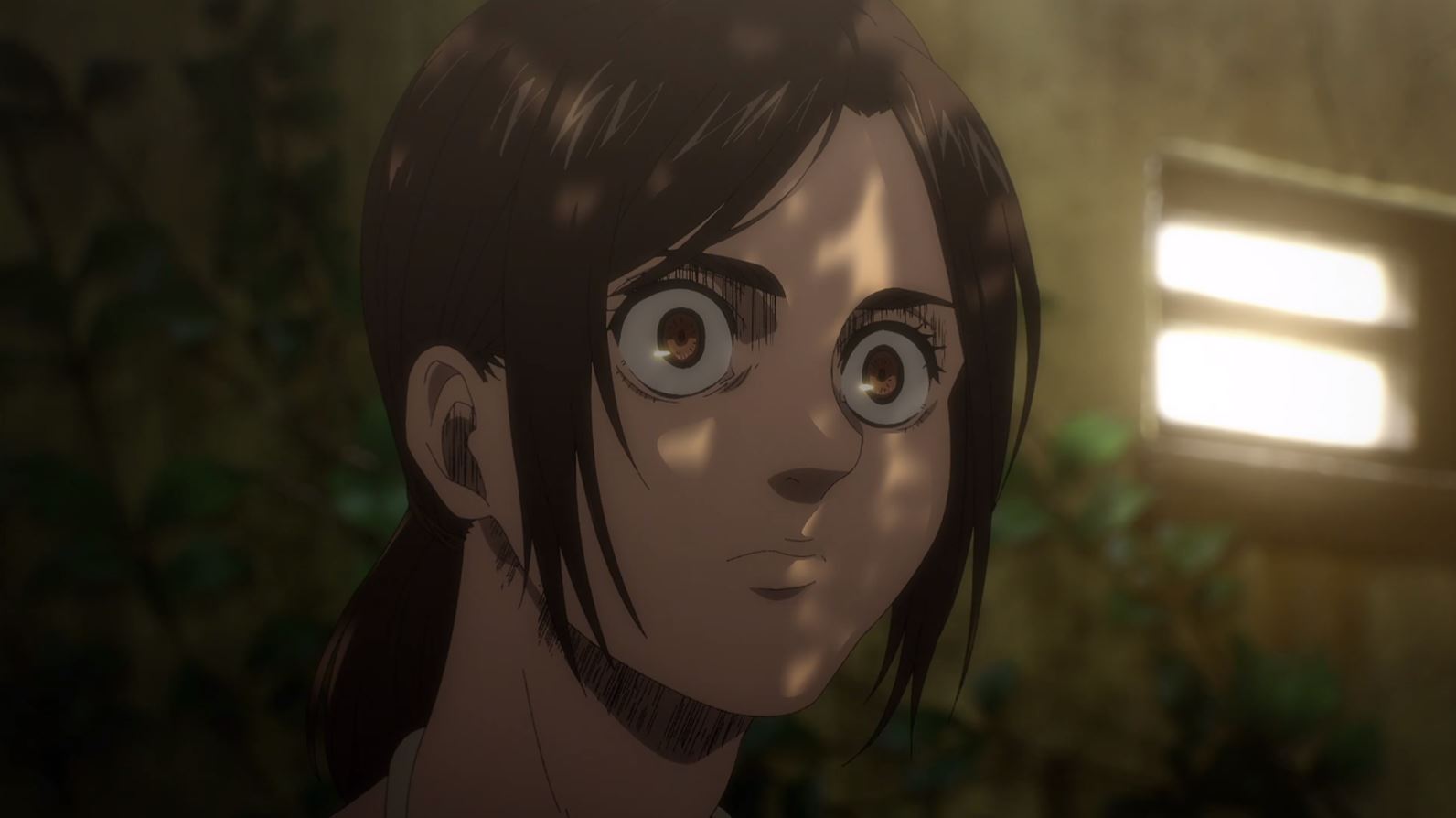 When Gabi was introduced in Attack on Titan, there were many people who soon started hating her. Adding fuel to the fire, this agenda quickly became quite popular when Gabi shot and killed Sasha. The fans, in general, have started to hate her, and Attack on Titan Season 4 Episode 11 titled ‘Counterfeit’ has just provided more content for the anti-Gabi squad to stay in their stance. We all know that she has her own reasons for her actions. From her birth itself, she has been spoon-fed lies regarding Marleyan and Eldian history, which has made her hate her own bloodline. Thus she has worked hard to be an honorary Marleyan so that she is differentiated from an Eldian.

This emphasis on being an Eldian is further seen in this episode. Falco and Gabi manage to finally escape the prison by Gabi faking being in pain and mortally attacking the guard. Now, as the two of them escape, Gabi wants to find Zeke and question him regarding his betrayal to Marley. Falco feels that they must try and get back to Marley but nevertheless, they must hide first. For this, he asks Gabi to take off her armband as it would only identify them as the escapees. Gabi refuses to do so as she states that she is a good Eldian, unlike the “Island devils”. The armband served as proof, and therefore she was unwilling to take it off. Just then, they are approached by a girl named Kaya, who takes them back to her place.

This article will explain the ending of Attack on Titan Season 4 Episode 11 by shedding light on its contexts.

Gabi, who had only moments ago killed an Eldian soldier, was now being taken in by an Eldian family. They are provided food and shelter, which Falco decides to use to stay low for the time being. They put up a lie of being siblings, Ben and Mia, and stay there. Another irony that takes place is how Gabi believes the Eldian were devils, but they themselves had faced pain in their lives in the form of death in their families. They come to know this when Kaya tells them that each of the child present at home was an orphan from the attack which took place years ago.

This makes Gabi realize deep within her how Eldians were suffering too. Yet, she refuses to change her mind by spewing out Marleyan propaganda and acting violently at every little thing. That’s when Kaya reveals that she knew their original identity, so Gabi tries to silence her, but is stopped by Falco. This makes us think as to how inhuman Marleyans were to inject hateful beliefs into a 12-year-old. She was now a merciless killer and had become quite similar to Eren, who she hates.

The irony here reaches its peak as it is revealed to us viewers how the family that sheltered Falco and Gabi were, in fact, Sasha’s parents. Gabi had killed Sasha, and here she was helped by her very family. We slowly witness how Gabi is able to realize the counterfeits she had been living in for years. Yet, she tries so hard not to let go of her pride as an Honorary Marleyan.

Kaya then takes Falco and Gabi to an abandoned village where she used to live. Four years ago, when the titans attack, her feeble and defenseless mother was eaten alive. And Kaya herself was saved by Sasha. She took a weapon and fought the titan on her own, allowing Kaya to escape. After which, Kaya started living with the girl’s parents. It seemed that Kaya’s path was now influenced by Sasha’s legacy. Even though Sasha was dead now, her actions still influence the story. Kaya, who herself wants to be more like her idol, sympathizes with the Marleyans and is thus hospitable towards them.

Read: 20 Facts On ‘Attack On Titan’ Anime & Manga You Should Know

Who is at Fault?

Kaya asks Falco and Gabi as to why her mother was killed in such a fashion. Gabi tries to defend herself, saying that these were the repercussions of their ancestor’s sins. Gabi believes that Eldians had brought this upon themselves and the current generation facing its impact was a form of repentance. Moreover, the adversity they faced was nothing compared to the havoc they imposed on the world. However, Kaya does not care for it as she was there to know about her mother. Throughout her lifetime, Kaya’s mom had never been involved in a sort of slaughter, so why did she have to pay with her life? Falco lets Kaya know some of the Marleyan information where he reveals that her mother’s death was not intended but was only collateral damage during an intel mission conducted by Marley.

Not truly having any answer to the questions Kaya asked, Gabi, tries to stay on her beliefs in the Marleyan propaganda. Kaya is still able to break down her beliefs as Gabi tries to make sense of the information she has so long grown with. It can be said that if Sasha hadn’t helped Kaya years ago, Gabi would not be in such a difficult spot. Thus it seems like Gabi and Sasha’s fates were intertwined where Gabi’s entire life is being questioned due to the person she killed.

We can see how Gabi slowly realizes that the beliefs she was holding onto were are all being proven wrong, starting with Zeke’s betrayal. The armband she wears is the only thing that represents what she believes in, and thus she clutches on to it. Meanwhile, Falco is unaffected by these revelations as he has come to realize the truth behind Paradis as to how the actions of a few do not define every individual.

In this week’s Attack on Titan, we saw how the survey corps was getting divided into various factions. Within the survey corps, there were factions who supported Eren and those who didn’t. The ones who supported Eren were newer members who had faced the repercussions of Titan invasions at a young age therefore, they viewed Eren as their savior. Eren having the Founding Titan, was capable of controlling the titans. So, he is considered the best person to lead the nation. The one who kept pulling strings from the shadows was Yelena. She convinced Eren that he must take things into his own hands in the fight for freedom. So, she somehow manages to persuade a part of the survey corps to blindly follow Eren.

This divide in the faction is only bound to deepen cracks within the survey corps. Thus the only way to stop this would come down to violence and another set of senseless wars that will never come to an end.

During the post-credit scene, we see Commander Magath having a meeting with the Marleyan Warriors. Here they discuss Zeke’s betrayal and their plan to attack Paradis Island in 6 months with a global alliance. But as Gabi and Falco were captured, Colt brings how they must be rescued first. Falco and Gabi were talented Warrior Candidates, and training another set of candidates would take a long time. Reiner suggests his plan to immediately attack the Paradis as 6 months will be too long for Zeke to plan out a counter-attack. And thus, a sudden attack was the best way to accomplish their mission.

Reiner becomes really rational as his assessment could become quite possible. Taking 6 months to prepare for an attack would just be enough time for Eldians to start the rumbling. This rumbling would see thousands of Colossal Titans defend the island. Thus making it impossible to attack. And even if the new Survey Corps was much advanced, they might not be able to handle a surprise attack. That would mean, if the Marleyans were to attack Paradis Island, there was no time better than the present.

You can watch all the episodes by Attack on Titan on Crunchyroll, Hulu, and Funimation. 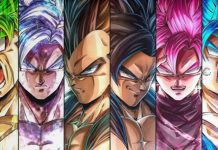