Entergalactic Netflix release date is right around the corner and it is making fans excited for the same. This is an upcoming adult animated series for the platform. If you have watched the trailer of the same, you will understand the new type of animation which will be seen in the episodes. Kid Cudi has created the series and worked on the project himself and this is what makes it even more special. This series was initially meant to be television series, although later, it was turned to be a television special.

Kid Cudi is about to launch a new album and this series will launch along with the same to mark his presence in both, the music and entertainment industry. The premise will throw light on the character of Jabari. He happens to be a streetwear-clad artist who is innocently charming among his friends and colleagues and family.

He might be on the edge of finding some substantial success in his career and has to grind a little harder for the same. Although, at some point, he will come across Meadow. She is a new photographer who has just moved across his apartment. He feels like the two have some sort of chemistry and in order to keep a track of the same, we will see him trying to make space for love in his life. 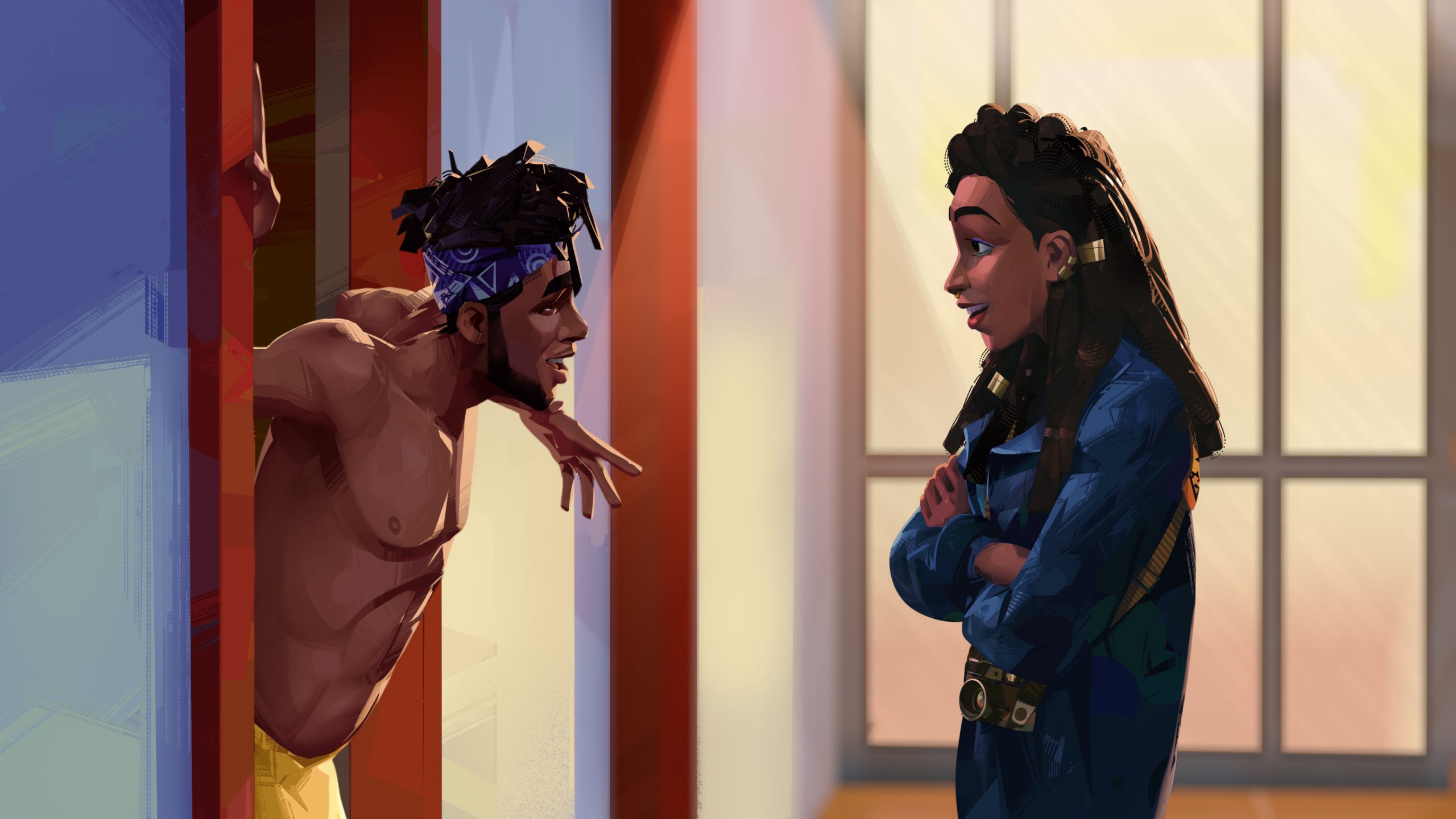 A still from Entergalactic of Jabari and Meadow

There are notable voice actors in the series who will take on different roles. Scott Mescudi eill reprise the role lf Jabari. Then we will witness Jessica Williams enacting the character of Meadow. Timothee Chalamet is also connected to the project in the form of Jimmy. He is their best friend of Jabari and also deals with drugs.

Tyrone Griffin Junior will do the part of Ky. Laura Harrier will reprise the role of Carmen. She is the ex-girlfriend of Jabari and might stir up some drama in his life right now. Vanessa Hudgens will enact the character of Karina. She is the best friend of Meadow. Christopher Abbott does the part of Reed. He will be seen as an art dealer in the city. Coming back to the release of this special series, here is what we know about the same.

Entergalactic Netflix release date is on the 30th of September 2022. All the episodes will be released on the platform globally. Kid Cudi is highly excited about his work in the series and claims that it is going to be very special. In promotion for the same, we saw a teaser unfolding. It features Jabari whose friend Jimmy advises him to stay away from Meadow, the new gurl because he should instead focus on his career.

The background music which we hear in this series is something very classy and soothing and it will make a huge difference to the whole vibe that is given off by the drama. We will see it being lowkey romantic and calm while the drama level is toned down a little. Also, you guys should know that on the 30th of September, Kid Cudi is about to release an album to accompany this special series. Many fans speculate that this series will be about the life of the star himself but till now, we have had no official confirmation yet.

In the trailer of the series, we see that Meadow is an artistic person who has taken interest in Jabari. At the same time, he also meets with Carmen, his ex girlfriend, and is moved by her charms. What will unfold is the drama between these three as Jimmy is just there to smoke and pass suggestions to his best friend. Carmen and Jabari share a kiss and Meadow sees them. This makes her extremely uncomfortable and she will start to question her choices about Jabari.