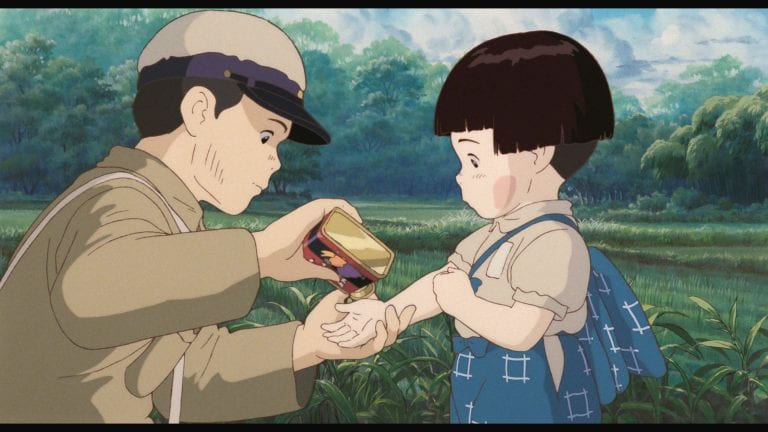 Best Sad Anime Movies Ever Made That You Should Watch Once

Through the popularity of mainstream anime like Dragon Ball Z, Naruto etc many people tend to associate anime with cool storylines and big battle sequences but there’s always been way more than that. Some anime are made for the sole purpose of filling viewers with joy and happiness but there are still plenty of directors who prefer to explore the other end of the emotional spectrum in their work. I will try my best to include the best of the best films. These sad anime doesn’t always do well but when they do they make their viewers emotional and will leave a lifelong impression in their lives.

so here is the best Sad anime films list that everyone should see once in their lifetime.

1. Grave of the Fireflies

This film will tear your heart apart with emotional and heartwarming sequences, directed by Isao Takahata, and also got a live-action adaptation in 2005. It is hand down the best work from Isao Takahata, who also severs as the co-founder of the studio. The film tells the story of two young siblings who are orphaned during the spoils of World War 2. They struggle to live a normal life and childish innocence even as all hope dies around them. It is the Studio’s most disturbing film. It is the film that will make you emotional and one or two tears will definitely shed from your eyes. It still remains a heartbreaking film that will keep you from leaving your seats and will have deep impacts on the spoils of war.

A silent voice is a Japanese anime film and is the film with a most heartbreaking story on this list. The film was produced by Kyoto Animation and directed by Naoko Yamada. It tells the story of a boy named Shoya Ishida who used to bully a deaf girl named Shoko Nishimiya making her transfer to a new school and now years later it’s his chance of redemption has he sets out to make amends with her. The film is based on the manga of the same name. The best thing you can watch it if you if like your name or rather any of Makoto Shinkai’s work.

It is one of the best films from Satoshi Kon who is known for making films that have used the hand-drawn media to explore social stigmas and the human psyche, casting a light on our complexities in ways that might have failed in live-action. The film is also written by Kon and produced by Madhouse. The film tells the story of two filmmakers who want to make a Documentary film on the life and achievements of a retired acting legend actress what follows is totally different as she reveals some dark secrets.

4. The Girl Who Leapt Through Time

The Girl Who Leapt Through Time is that film which gave Mamoru Hosoda widespread acclaim and success, it one of the earliest works of him., who later on direct some wonderful films like Summer Wars, Wolf Children, The Boy and the Beast and latest hit Mirai which was also nominated for an Academy Awards all his films are hit but The Girl Who Leapt Through Time still remains the best and classic hit. It was praised and also won numerous awards like the Japan Academy Prize for Animation of the Year. Makoto Konno is a high school student l who gains the power of time travel and repeatedly relives the same day in a time loop.

Your Name is a film that garnered worldwide acclaim and got Makoto Shinkai dubbed as the modern age, Miyazaki. It is one of the highest-grossing films of all time. It starts as a visually sound and looked like body-swap film, but when it starts to look like the story is going on in a predictable manner seismic twist ups the stakes dramatically for all concerned. The music from RadWimps is definitely a plus point and you will definitely get hooked to the songs and background score. It tells us stories of two people, Taki, high school student living in Tokyo, and Mitsuha, a student living in a town who exchange their bodies accidentally.

6. Whisper of the Heart

This film was directed by Yoshifumi Kondo, written by Hayao Miyazaki and Released in 1995, he was sought to as the next Miyazaki or Takahata for the studio but unfortunately, this is Kondo’s only film as he died three years later in 1998. It tells the story of a fourteen-year-old girl named Shizuku, who is studying hard for her exams finds something amusing that all the books that she wants to issue have been checked-out every book bu the same person on her list before her. The person is a boy named Seiji but they start out disliking each other and their relationship grows throughout the film.

The second film by Mamoru Hosoda to be featured in this list and is among the best films of all time. The film follows a college student named Hana who meets a mysterious man who is a half-wolf and later ends up marrying him. One day he got killed while he was out looking for food and now Hana is left with two half-wolf children who she to raise on their own. The film captures the struggle of Hana while he is raising her kids which is one of the heartbreaking as well as the best thing about this film.

This is a well-made film that only lasts 45 minutes and those few minutes you will remember forever and follows a girl named Hotaru, and her relationship with a forest spirit (Gin). There is a catch in their relationship if she touches him, he will disappear and will be gone forever. Besides the story, the film captures the relationship between both very beautifully