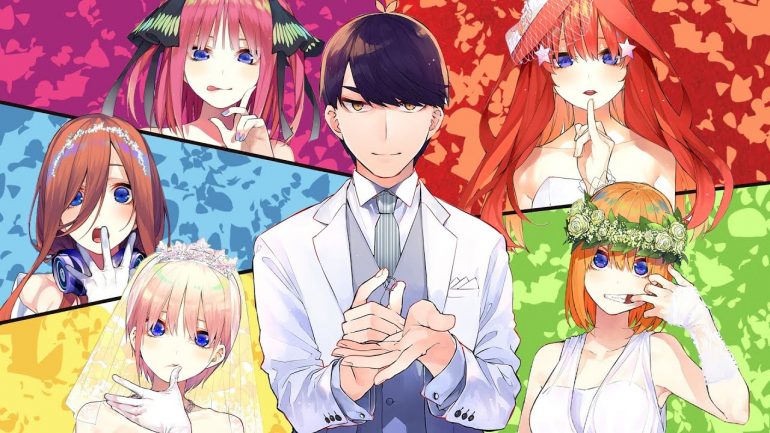 Another entry to the upcoming sequels we’ll be able to watch in 2021, The Quintessential Quintuplets season 2. We repeated this time and time, 2021 feels the best year for movies, games, and anime. We’ll get the new season sometime in January 2021. With everything coming to different viewing platforms, games, and even anime looks like our wallet will take a huge beating. Not just our wallet, with several new releases and sequels looks like we’d have very little time to do other things. Everyone would need more than 24 hours a day to do their school work or office work with all of the stuff coming. This anime may be seen as something from the Hayate The Combat Butler universe, but believe us, it’s not. This one is on its level.

The story follows Futaro Uesugi, who might as well be one of the anime characters who have the saddest background. He comes from an awful life, which almost all anime protagonists do, but this is a bit much.

Futaro is a straight-A student, but almost everything in his life has gone wrong. His mother has died, his father is knee-deep in debt, and his practice has no friends and walks around like a loner. This is where you’d expect him to gain superpowers and start saving the world; that’s not what’s going to happen.

This is a more romantic comedy anime. A new set of students transfer to his school, which changes up his school life. This group is 5 quintuplet sisters who have very different personalities from each other. Only the one thing they share in common is that they perform very poorly when it comes to academics and the one who performs the best when it comes to this is our hero Futaro.

With the family being wealthy, they hire Futaro as their private tutor; with the amount of money they planned on paying him, he couldn’t resist.

The sisters aren’t thrilled that they would get a private tutor to help them, as he is a stranger to them and didn’t like the fact that he is invited to their apartments to help with them.

But with the protagonist’s innocent behavior, the sister’s personality towards him changes him and accepts him as their tutor and eventually as their friend. They even started being dedicated to their studies, and their marks started improving gradually.

Little down the road, Futaro has special relations with every one of the sisters. At the start of the series, the biggest cliffhanger is when they show in a flash-forward that the protagonists end up marrying one of the sisters but not shown which sister.

Quintuplet sisters competing for one guy makes for a very complicated anime; it’s tough to pinpoint what would happen next, which shouldn’t be the case when it comes to anime like these; that is where this anime wins. The best feature of this anime is how complicated it is; the viewers keep on getting asked more and more questions rather than answers, so by keeping us puzzled throughout, we are completely hooked on to everything.

Like we said, such complicated storylines aren’t what you expect from such a light-hearted anime; this is something that you should and would see in Naruto or maybe Death Note, but The Quintessential Quintuplets does it too, and they do it phenomenally.

With the new season rolling out in January, this would be the perfect time to catch up on the first season. Or if you have already watched it, maybe do some brushing up, get ready for some more puzzling moments. The anime is available to watch on Crunchyroll, Happy Watching!