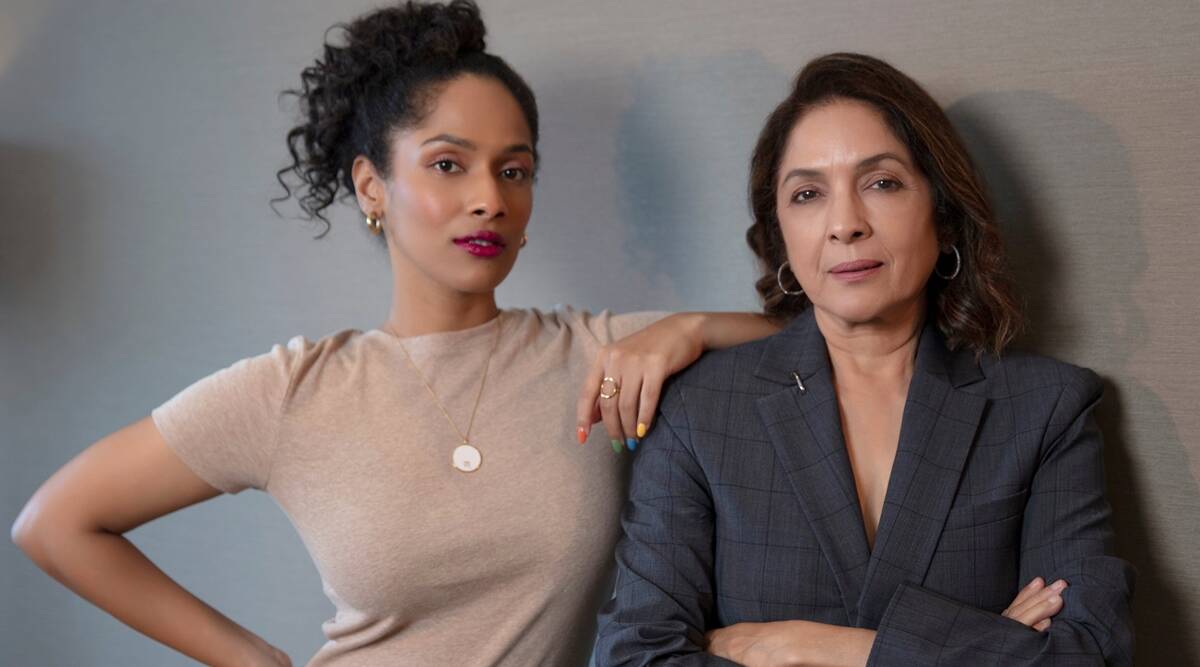 Masaba Masaba shows Masaba Gupta’s relationship with her family, her love life, and her job as a fashion designer as it follows her daily activities. Masaba makes her acting debut in the show, which is directed by Sonam Nair and produced by Ashvini Yardi’s Vineyard Films. The writers for the biographical drama television series are comedian Nandini Gupta, Punya Arora, and Anisha Raisurana.

Masaba Masaba’s debut season featured six episodes that covered Masaba’s personal and professional lives, beginning with her alleged divorce from her husband. In season one, the fashion designer was also shown juggling her family and career while also making a comeback in the dating scene. Playing the lead, Masaba Gupta, and her mom, Neena Gupta, play themselves, Masaba became the undisputed queen of relevance after the show aired. The show struck a chord with millennials and Generation Z for being engaging and relatable.

To summarise the series, Masaba explains the show as something which challenges the heterosexist rules in modern workplaces by addressing differing, intricate issues. Neena Gupta, her mother, interrupts her before she can finish by summarizing the plot for the audience. Which includes mother-daughter conflict, rushed relationships, hustle to accomplish things, and the glamor that goes along with it. You also get a look into the Bollywood industry, cameo appearances from your favorite celebrities, and much more. 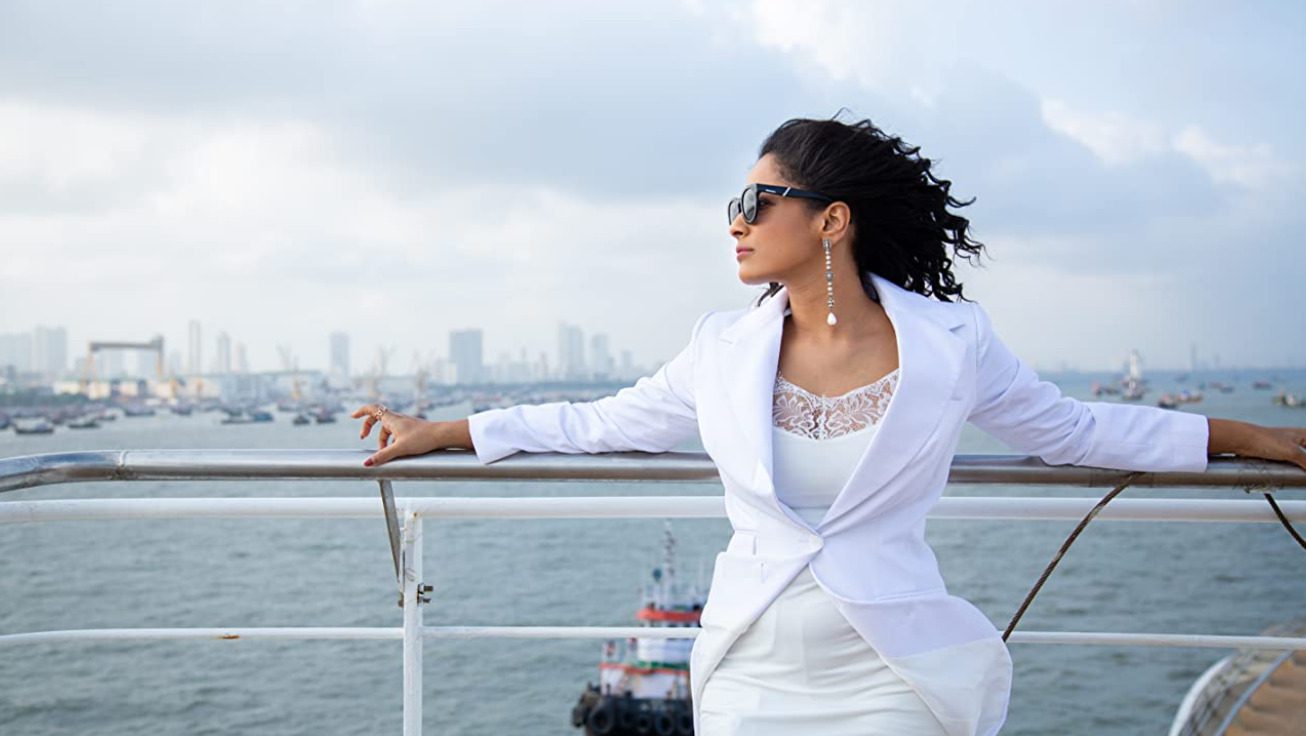 Masaba wakes up on the boat after the disastrous fashion presentation. She still has to show up at the investor meeting. She has also been forewarned about what has been said on social media, as it has been reported in the media. Masaba sees her therapist because she is unsure of how she will confront the outside world. Her therapist advises Masaba to take a vacation since she believes Masaba is not cut out for this life and stardom. The therapist then puts up the hypothesis that Masaba dislikes facing her demons. Masaba gets a realization and suddenly becomes conscious of the fact that she dislikes dealing with her own troubles. The finale completes Masaba’s journey, from divorce to discovering her purpose in life and how she should approach her problems.

The Worst Fashion Show Ever

She is filming for her new part at Neena’s job. Masaba shows up and observes her mother in action. Neena is excited about the upcoming major performances. The worst fashion show ever is discussed after that. Masaba shows up to the investor meeting and accepts full accountability for the mishap. Masaba is given a week to make everything right by Dhairya, who stands up for her. Gehna tries to leave from her job, blaming herself for the mishap.

Masaba meets her crew, gives them assurances on the collection, and promises that they will make everything right. The collection was intended to be about celebrating imperfection, as stated in a post by Masaba. She posts a variety of pictures of the collection on social media. Jogi is even invited to participate in the modeling. It seems as though Masaba is following her instincts and thinking freely. 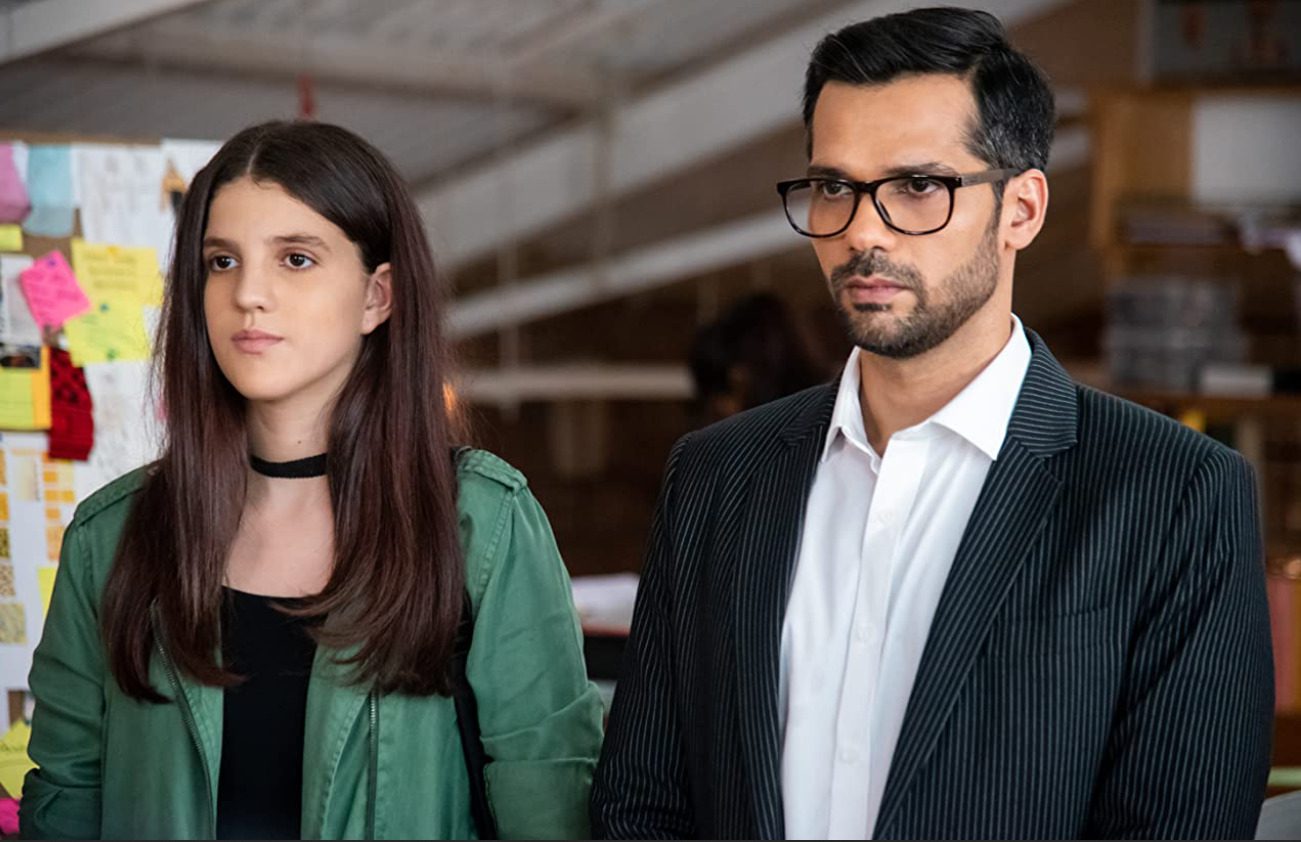 After receiving a call from her ex-husband, Masaba meets with him to finalize the sale of their former property. The moving couple appears happy with their new home. Masaba and Vinay realize that they had some wonderful times while living here. Another scene offers Masaba perspective and closure.

Masaba later runs across Dhairya and makes an effort to repay him for the investment. Dhairya keeps telling her to look at her phone — she’s getting great reviews, and she’s going to even be on the cover of Flair Magazine. Masaba cries in happiness because she has finally pulled off a noble thing. She hugs him as Dhairya compliments her creative process. Masaba asks why Dhairya doesn’t display his kind side more frequently. After making a cunning joke about “energy,” Dhairya goes to grab some water. Masaba then realizes that when he used the word “Energy,” he was referring to the moment when Gia received her SMS asking if Dhairya had a lot of energy. She discovers she sent the text to him after checking her phone.

Masaba arrives at her mother’s 60th birthday party, where everyone is in good spirits. After that, she sits with her mother. She receives a gift from Neena. It’s a door plate for her new house that reads, “Hot Mess.” Masaba tells the story and discusses the journey, saying that she is finally content to be living alone. She subsequently receives a phone call informing her that her period is 11 days late. Masaba celebrates self-love and confronts her issues in the final episode of the first season of Masaba Masaba. 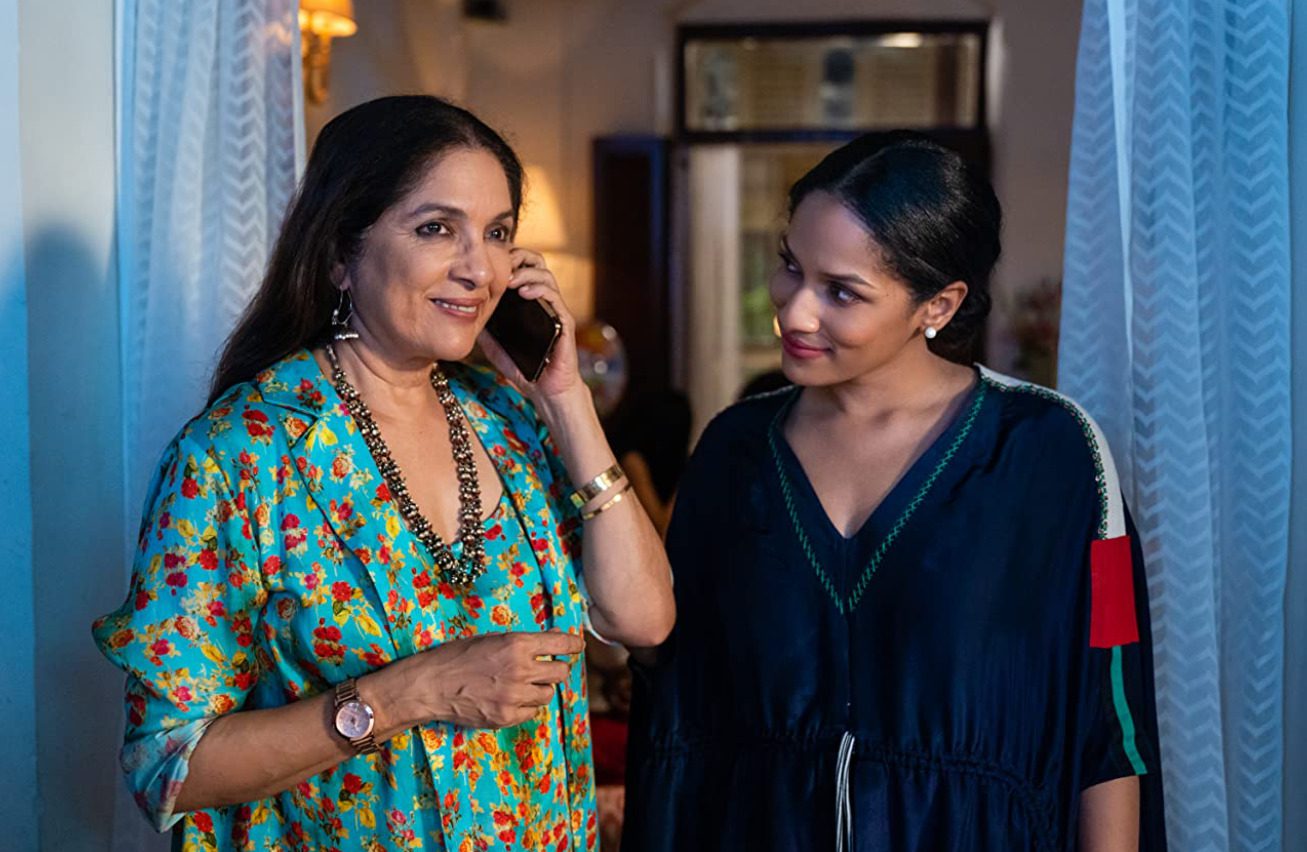 The biographical drama series Masaba Masaba centers on Neena Gupta and covers the life of Masaba Gupta. In the series, the performers portray a fictional version of themselves. It follows Masaba’s family, relationships, work, and love life. Masaba Masaba, which had its debut on August 28, 2020, was announced by Netflix in July 2019.

Six roughly 30-minute long episodes made up the first season. In March 2021, the show received official approval for a second season, and in July, filming began. Filming was finished by September, and only post-production remained. The first look from season 2 was released by the designer on March 8, which was also Women’s Day.

Masaba Masaba Season 2 will premiere on July 30 on Netflix, according to a tweet from the streaming service that read: “A name so wonderful, we can’t help but repeat it twice???? #MasabaMasaba Season 2 debuts 29th July with double the fashion, double the flare, new faces, and the same craziness.” Additionally, Netflix released the season 2 teaser for Masaba Masaba, which stars Neena Gupta and her daughter Masaba Gupta, a fashion designer. 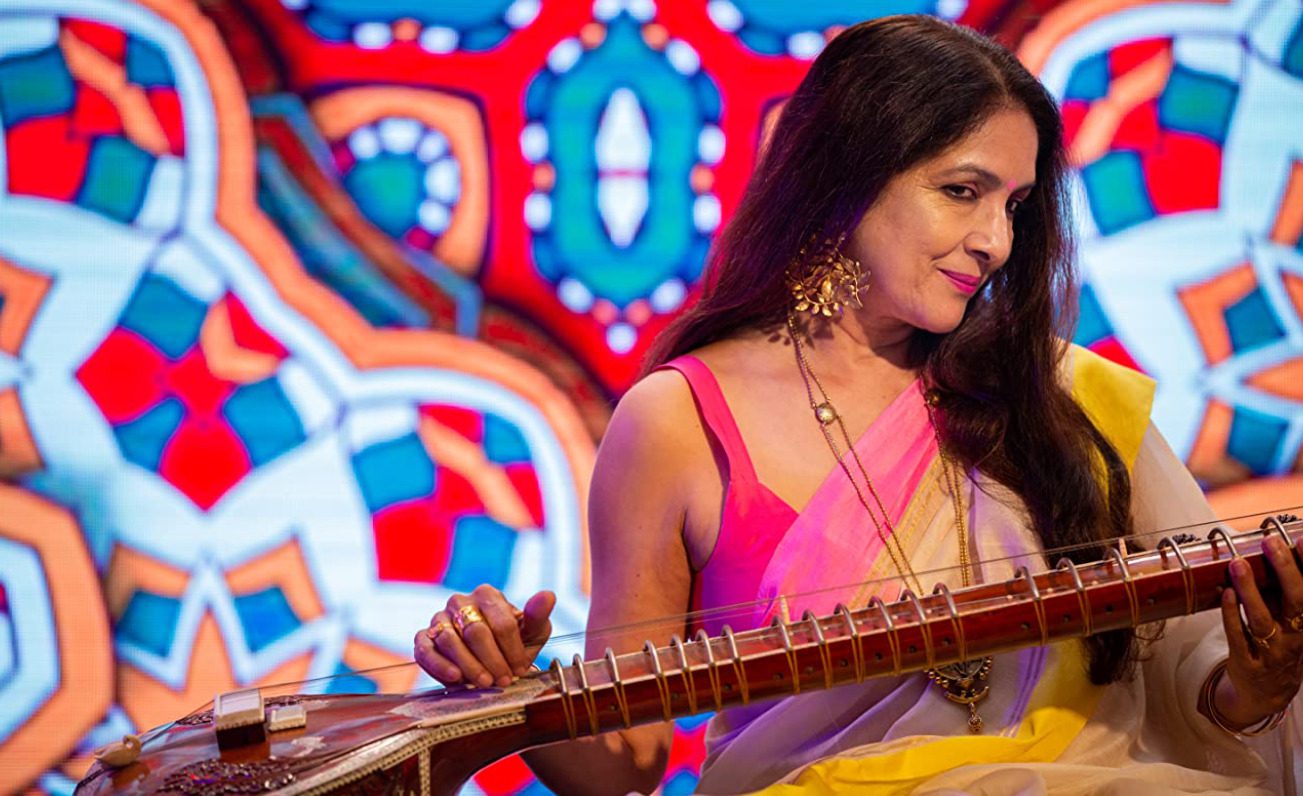 The most interesting element of this series was the mother-daughter team of Neena Gupta and Masaba Gupta playing themselves. Other actors in the series include Satyadeep Mishra, Neil Bhoopalam, Tanuj Virwani, Rytasha Rathore, Smaran Shukla, and Pooja Bedi. Actress Kiara Advani, actor Gajraj Rao, well-known choreographer-director Farah Khan, and a few others made cameo appearances in the first season. Since Masaba and her mother are well-known film figures, more stars could be seen in season 2. Sonam Nair, Nandini Gupta, and Anupama Ramachandran are the minds behind this reality-based series. The series’ director was Sonam Nair as well.

In the 1990s, the seasoned actress rose to fame for her high-profile international romance with West Indies cricketer Vivian Richards, who was still married in his home nation. During this relationship, Neena became pregnant and faced harsh criticism. The story’s focus is largely on Masaba Gupta, an Indian fashion designer who has achieved tremendous success.

Masaba is shown in the teaser waiting in the restroom for the results of her pregnancy test. She waits outside for her mother, Neena Gupta, to arrive before stepping outside a little while later to tell her the news. This tease-worthy 28-second clip holds our curiosity well enough! 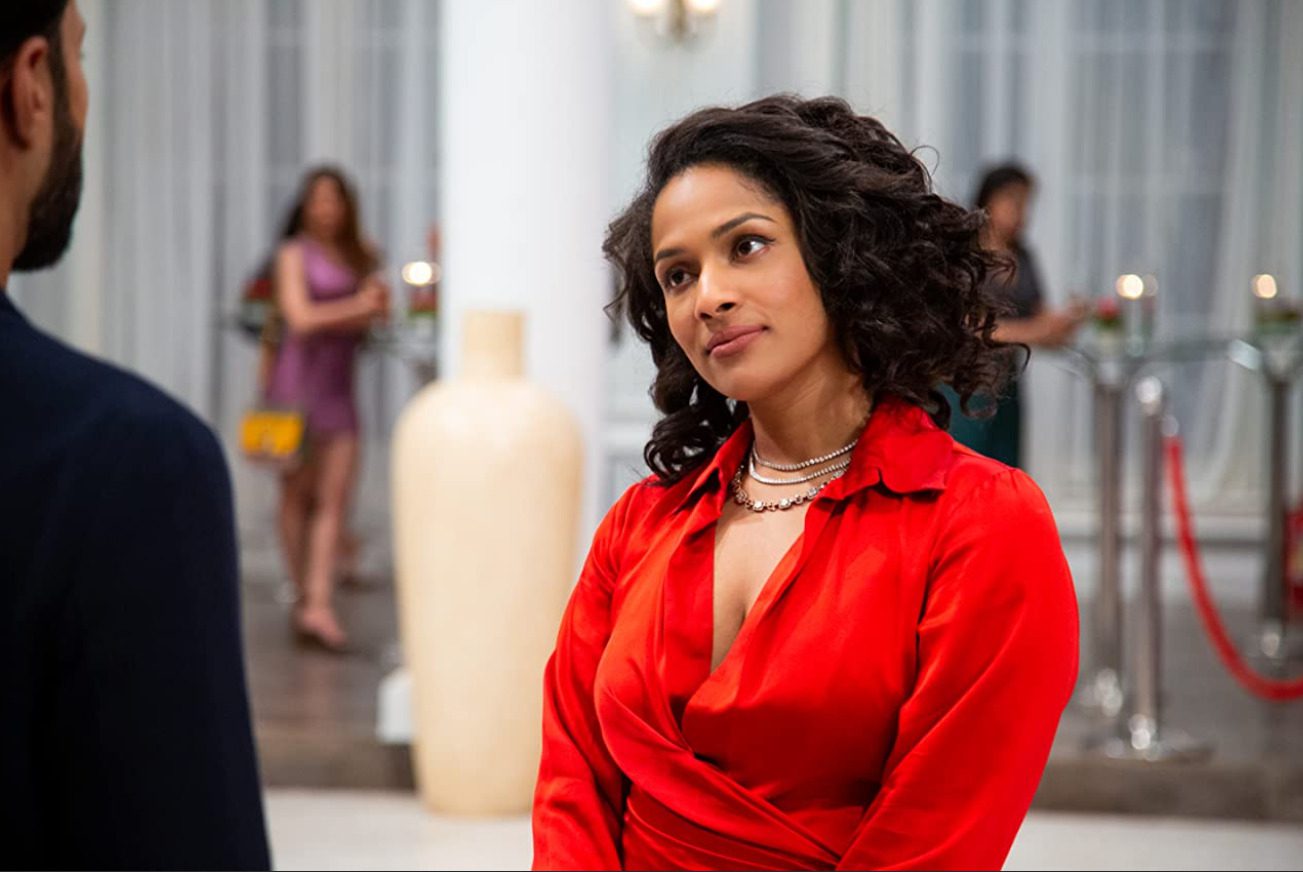 The dynamic mother-daughter duo, famed for their daring decisions, will experience new highs and lows in Masaba Masaba S2. They take control of their lives as they travel through uncharted territory and step onto new job paths, new (and old) love interests, sorrow, and emotions that pull them back.

Nair stated in a prepared statement: “When Ashvini Yardi introduced Masaba Masaba to them, it was a concept, an idea they fell in love with right away, and they were confident it would bring a lot of happy sentiments with it. It was a memorable experience for them to bring this series to life. They had the opportunity to practice and collaborate not just with a fantastic service like Netflix but also with highly committed, sincere, and talented actors. And they can’t wait for viewers to witness Season 2, which is a pivot into newer regions with the same amount of passion.

Yardi sincerely thanked Netflix for partnering with her on the venture. She said that she always says, with Masaba Masaba, she had a vision and that she was sure she needed to find the correct people to bring it to life. She then added that it was fortunate that they could work on this project with a company like Netflix because everything just fit very well. The support from season 1 was amazing, and this time they’ve returned even stronger. She says although they’ve added fresh and exciting components this time, sincerity and passion are still present throughout. And she can’t wait for viewers to join us on this adventure once more.

Masaba Gupta, the star of Masaba Masaba, said in a Vogue interview that the second season of the show is about “bravery and fortitude.” Gupta stated that she would discuss the two topics from both her own and her mother, Neena Gupta’s, perspective.