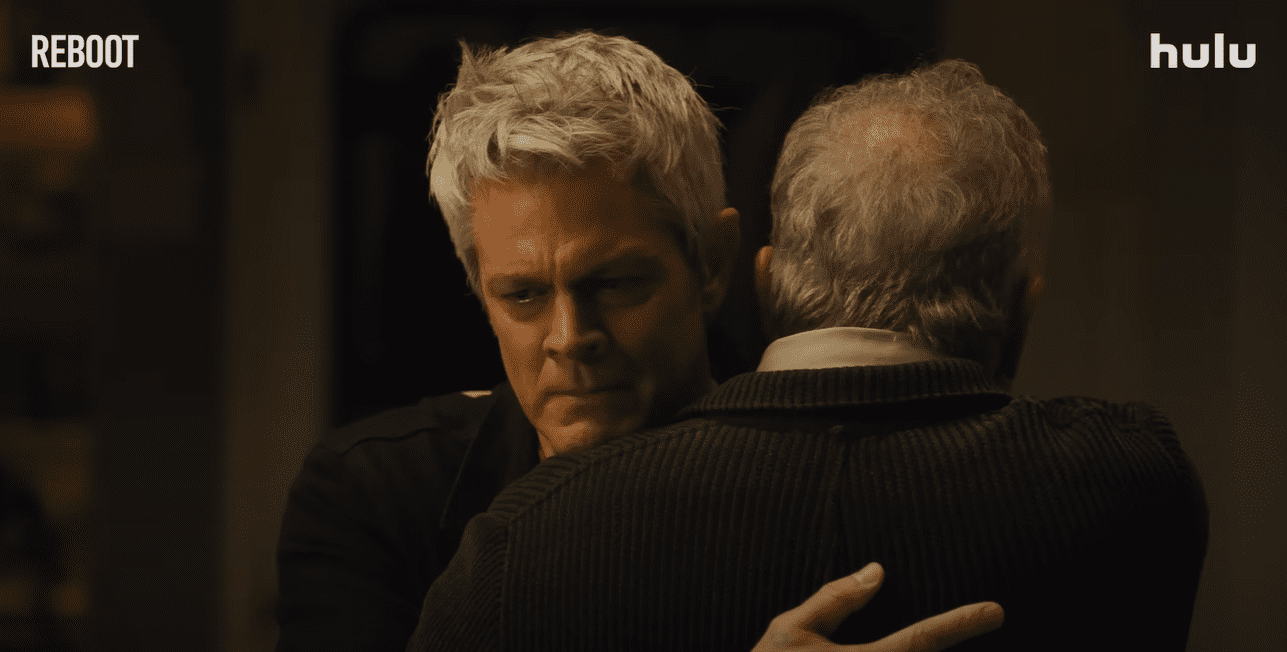 A reboot of many shows has been happening around the corner, and Hulu wasn’t far behind in bringing back the early 2000’s family sitcom- Step Right Up and forcing its dysfunctional cast back together. Reboot is one of the most trending series currently includes Keegan-Michael Key, Johnny Knoxville, Judy Greer, Paul Reiser, Rachel Bloom, Calum Worthy, and Krista Marie Yu in the cast.

The dysfunctional family is trying to deal with their unresolved issues in today’s modern world. They will be resuming their role of Reed Sterling (Keegan Michael Key),  Clay Barber (Johnny Knoxville), Bree Marie Jensen (Judy Greer), Hannah (Rachel Bloom), and Gordon (Paul Reiser). The series was created by Steven Levitan, who serves as an executive producer alongside Danielle Stokdyk and Jeff Morton.

The gripping plot of Reboot has attracted many binge-watchers and has managed to gain popularity this soon. The Hulu exclusive show is set as a comedy series with the same creator as that of Modern Family. What’s unique is that the show focuses on the production scene of how remakes are done and the comedic settings and changes people go through during that time period.

The stars from Step Right Up are brought together again, but it isn’t easy for them because many face different challenges. They are forced to remake their vision, challenge themselves and live like a family once again. When the show was canceled 20 years ago, it was clear that there were unresolved fights and issues between the characters- perhaps due to misunderstanding or their ego. But this season, we will see them make amends to bring peace and reunite as a family by balancing their social and private life.

If you need to laugh today ( and honestly, who doesn't? ) Check out the show REBOOT on @hulu ! I haven't laughed that hard in so long. 🤣The cast is truly perfection and the jokes are hysterical

Reboot Season 1 will have 8 episodes. With the first 3 episodes released in its premiere week, we now have 4 episodes left to be released each week. The new original comedy series has 30-minute episodes where we were introduced to the hilarious cast of characters. There are bitter feelings between the cast members and awkward emotions since Reed left the show to pursue a film career, leading to the show’s cancellation. In terms of love, too, Reed wasn’t lucky as he left things on an awkward note with Bree, and seeing an ex in real life is one thing, but working with her while being committed is too much for him. 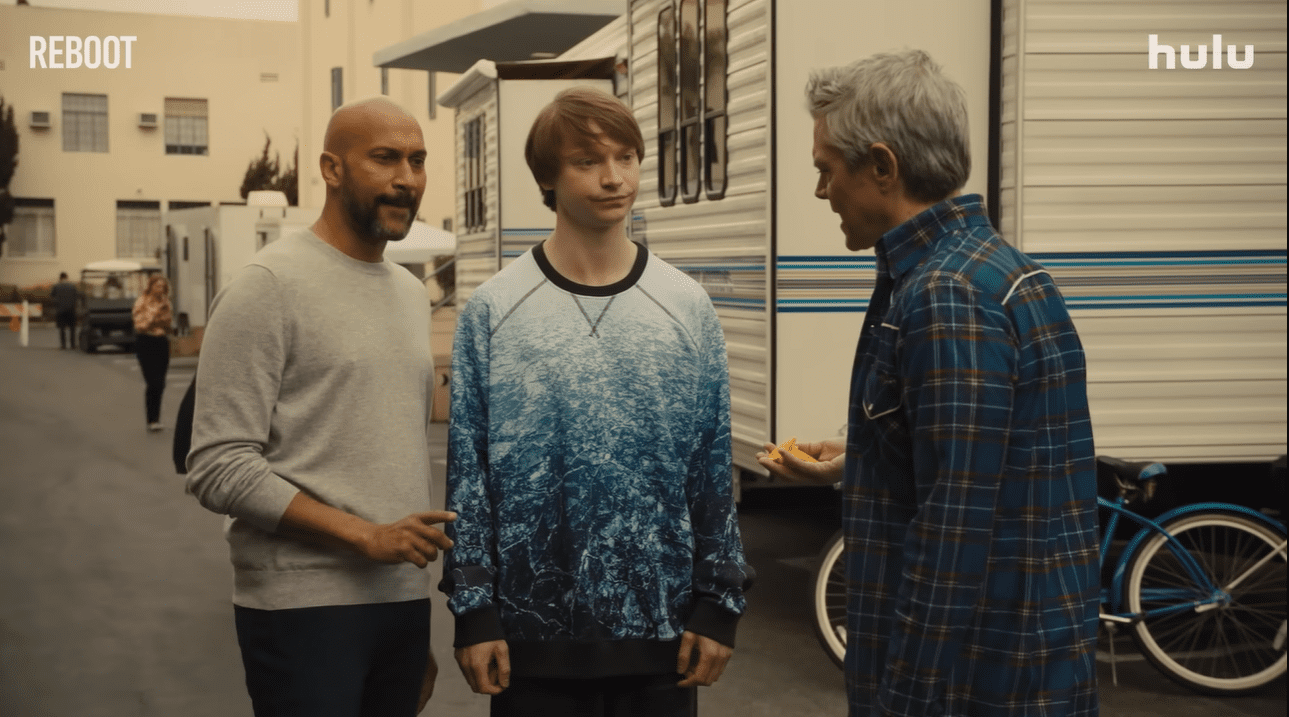 In Episode 3 of the show, we saw how a spark flies between Reed and Bree, which might hint at a future relationship between them. But the main focus behind the scene is Bree questioning if she is ready for this scene, while at the same time, the fans are overwhelmed to see Reed liking Bree. On the other side of complicated emotions, we see Zack worried about his mother being involved with Clay.

To top it off with anger, we amusingly witness the story of Zack’s mother and her last relationship, which makes Clay hurriedly end the hookup. To do this, Clay hires an actor who pretends to be HR, and they inform Susan (Zack’s mother) about the dilemma of choosing between their relationship of Clay’s career. But even this ends badly since Susan sees through this plot and ends things.

On account of fights- Hannah and Gorson hire new writers to bring a balance to the show. However, little things pile up, and both sides struggle to argue over anything. This episode even gives us a long-needed girl’s night with Bree and Timberly making it through the struggles.

The most seat-gripping scene happens when Hannah announces to quit the show, but as she trips while leaving, it creates a scenic sense of familiarity and fun as both sides start to brainstorm ideas. Episode 4 will pick up from the heart-wrenching end of episode 3, where Reed confesses his feelings for Bree while she is in bed with Timberly! 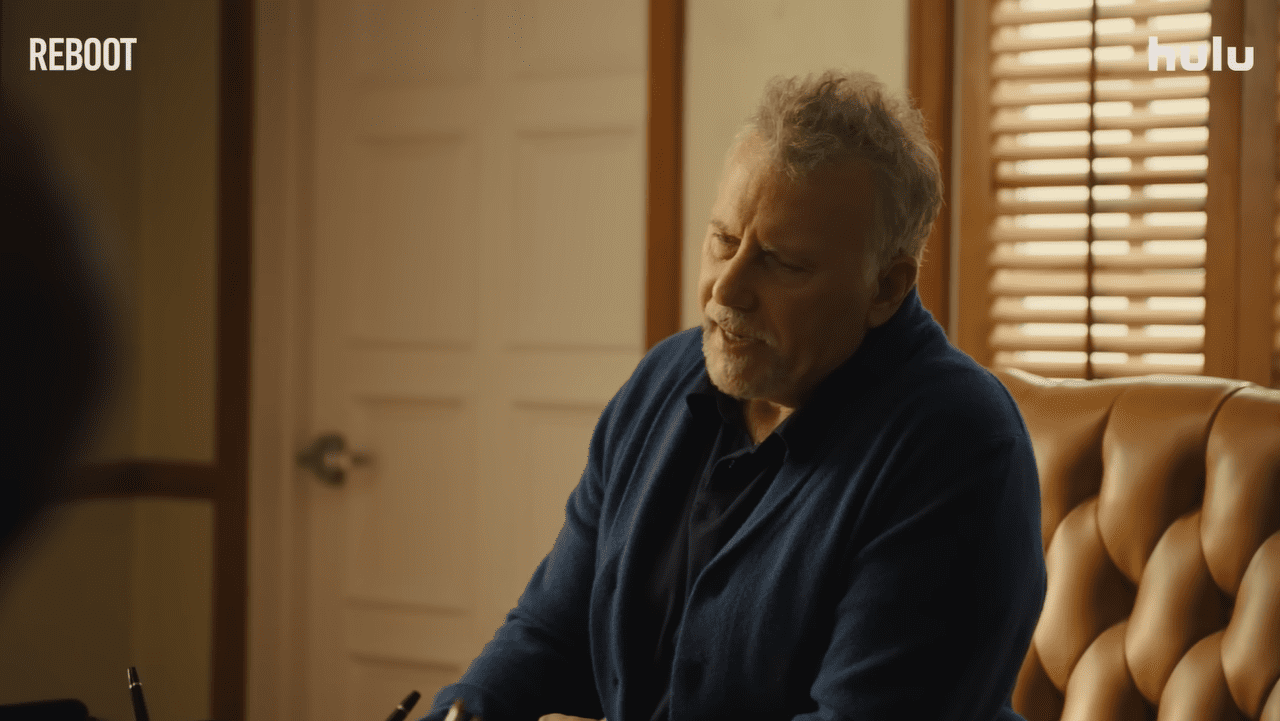 The episode will throw a light on the unresolved situation between Reed and Bree, with perhaps the possible love triangle involving Timberly as well. The fans are extremely invested in the plot. Don’t worry because we have covered Episode 4, which will release on October 4, 2022 (Tuesday). Watch Reboot 2022 at Hulu now!