The Requin ending has everybody scratching their heads for an explanation. Thus, here we have tried to break down the plot in simpler terms. The main element of the film is horror combined with the elements of thrill. Le Van Kiet is the director of The Requin. In brief, the plot tries to throw light on a woman who is lost at sea. This happens after she is wound up in a huge storm. This woman, along with her husband, will be seen trying to survive in the sea. The biggest challenge they are facing in the water is sharks. These great beasts are circling them down below and are hungry for their blood. The main cast is taken up by Alicia Silverstone as well as James Tupper.

The film last for 89 minutes. In this time, you get to see a wild chase between the sharks and the humans. If we truly get down into it, there is not much in the plot either. Although, the sense of direction is what gives this film an edge over other survival films. The Requin was released on the 28th of January 2022 on-demand. The whole project was made on a budget of 8.5 million dollars.

Filming for The Requin took place at the Universal Studios. Other locations include the Full Sail University located in Orlando, Florida. There was a lot of hard work involved with the portrayal of sharks and water. Ultimately, the VFX shots included in the film were counted up to 1000. 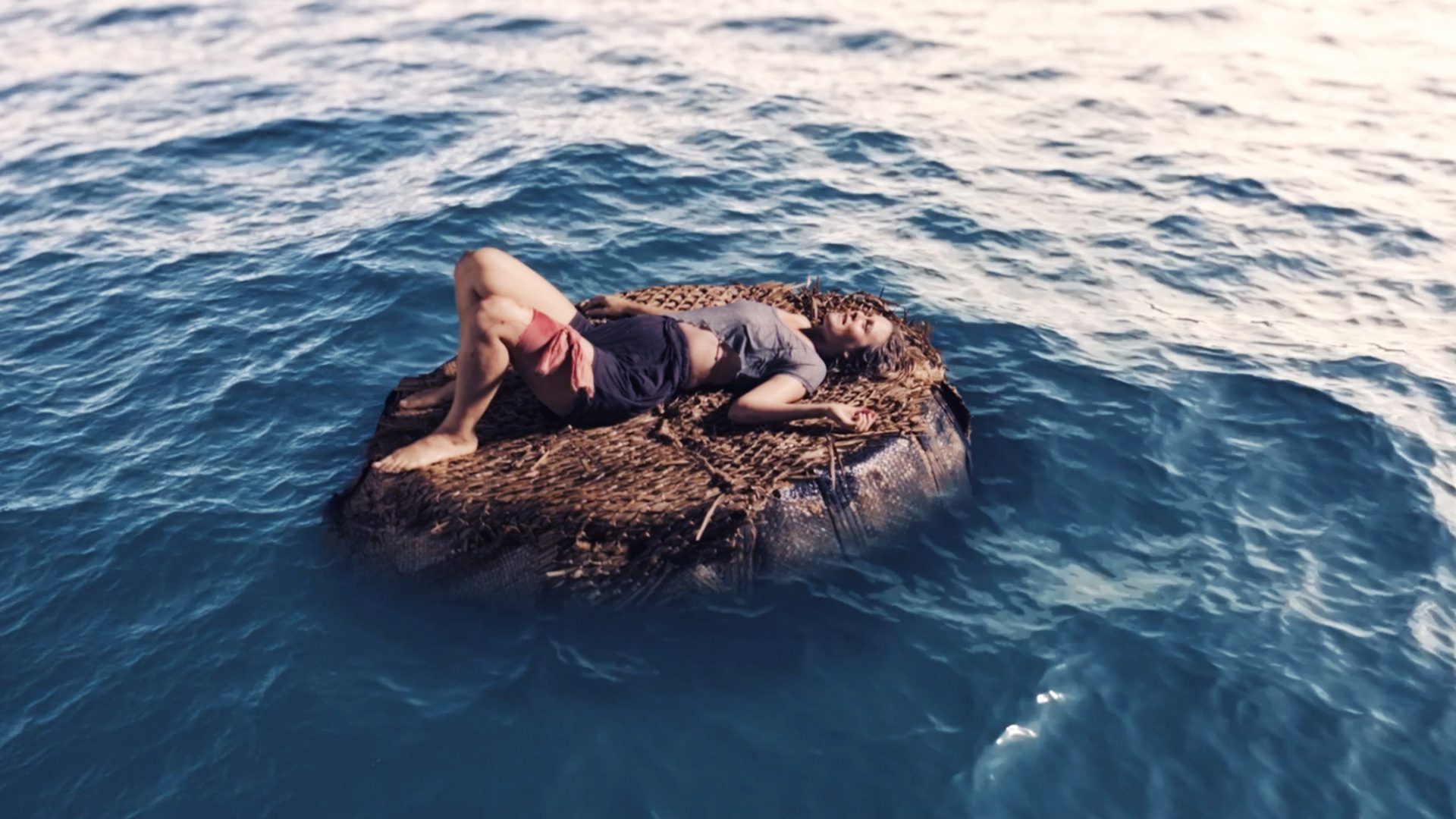 A still of Jaelyn from The Requin

The movie begins with Jaelyn and Kyle starting their amazing holiday at a beach tourist retreat in Vietnam. There are a lot of complications in the couple’s lives right now, and thus, the two decided to step out of their houses and spend some time away from their normal busy routines. They are in touch with their family through social media only. On the second night of their stay, the water bungalow in which the two were staying gets flooded and tears apart due to a flood storm. Kyle’s leg gets severely injured.

A ship passes through their shelter, and thus, they try to create a smoke alarm. Although, in this process, their home gets destroyed, and they then had to climb on a wooden flooring to save from drowning. During the difficulties of childbirth, Kyle left Jaelyn, and thus, he apologizes to her. The two reconcile with each other.

A shark attacks the two, and it bites Kyles’s leg off. He is left to bleed to death. When they finally hit the shore, Jaelyn tries to drag Kyle’s body onto the sand and collapses due to exhaustion. When she wakes up, a big tide comes in and takes Kyle’s body away. Before she could do anything to save him, a group of sharks devours his meat. While trying to escape, a shark attacks Jaelyn and bites her leg off.

Did Jaelyn Live In The End?

Soon she finds a fisherman in his coracle who tries to help her by stitching all her wounds. As Jaelyn tries to fall asleep and rest, that fisherman is eaten by a shark while he goes into the water to check the weir. Well, the sharks come back again in order to eat Jaelyn, but she tries to fight them off. In the process, she even gets the anchor through one of the shark’s brains, killing it in the process. This ultimately saves her life.

As the tide takes the coracle to safety, we see Jaelyn having a moment to herself after all the chaos. Soon enough, the upside-down coracle on which she was, finds a fishing village. Upon entering the area, she is spotted by various people living on the beach. There was a brief moment where she tries to make peace with everything and everyone that she has lost in her life.