Chapter 1115 of Mashle: Magic and Muscles was titled “Finn Ames and the Twin Gate Guards”. We see everyone at the start transported to an invisible barrier. Ryoh asks Finn to use his magic and go inside the enemy territory to find a way out. Finn is reluctant at first but has to agree against his wishes. Finn sees a gate and approaches to open it when he’s ambushed by two demonic gatekeepers who are also brothers. These brothers are named Andie and Windie. 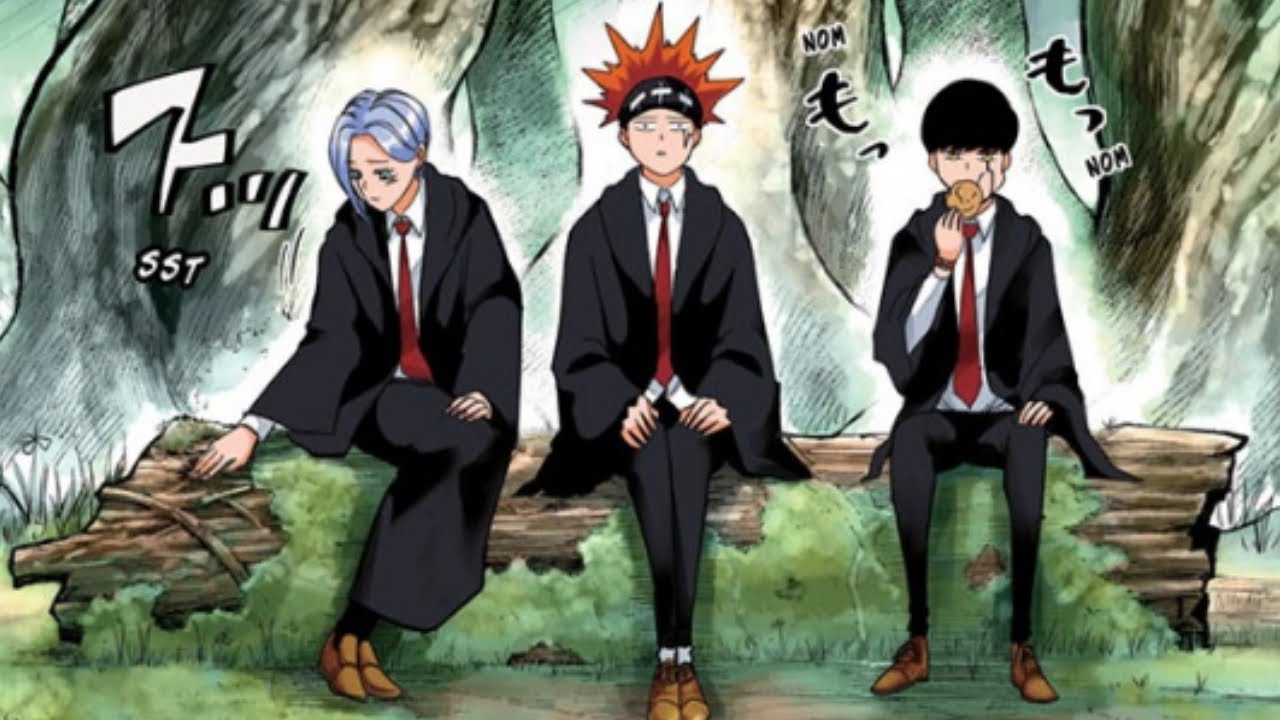 Finn asks for forgiveness from them, and they forgive him. He walks away while thinking about how he has failed his friends and that he could not do anything. Finn goes back to face Andie and Windie. He charges at them, but they are too powerful and fast for him. He somehow dodges their attacks and starts preparing his own. Within no time, just when he is about to strike, he is attacked from behind. He lies on the ground while both the brothers are boasting about their strength and speed. Another attack comes from behind, and Finn barely manages to dodge it.

Andie and Winde again charge on Finn, who finally successfully dodges their attack, causing them to collide with each other. They realize that Finn used a fragment of a mirror to cover his blind spot and dodge their attack. Finn then goes on to say a super-cool, truly inspiring dialogue, yes, I am going to write it here- “Sometimes what you have to overcome…is the belief that you can’t do it” (this dialogue, all jokes kept aside is very inspiring and true). Finn goes on to say that he will finish his job using his fist. In the last panel, we see Andie and Windie lying on the ground, defeated, and we see Windie saying well done. Wow, nobody knows how Finn fought them or what he did, how he used his magic, but it must have been a great fight especially given the fact that his enemy applauded him in the end.

Where To Read Mashle: Magic and Muscles Chapter 116?

You can read Mashle: Magic and Muscles Chapter 116, all its upcoming chapters, and all the chapters released previously on the official website of the popular Viz. The latest three chapters are available to read for free on the website, after which you will need to subscribe to the website to read all the previous chapters and many more mangas. You can also access the latest, upcoming, and all previous chapters from the official app of Shonen Plus on your devices.

Also Read: 10 Best Historical Romance Manga That You Should Try Out!