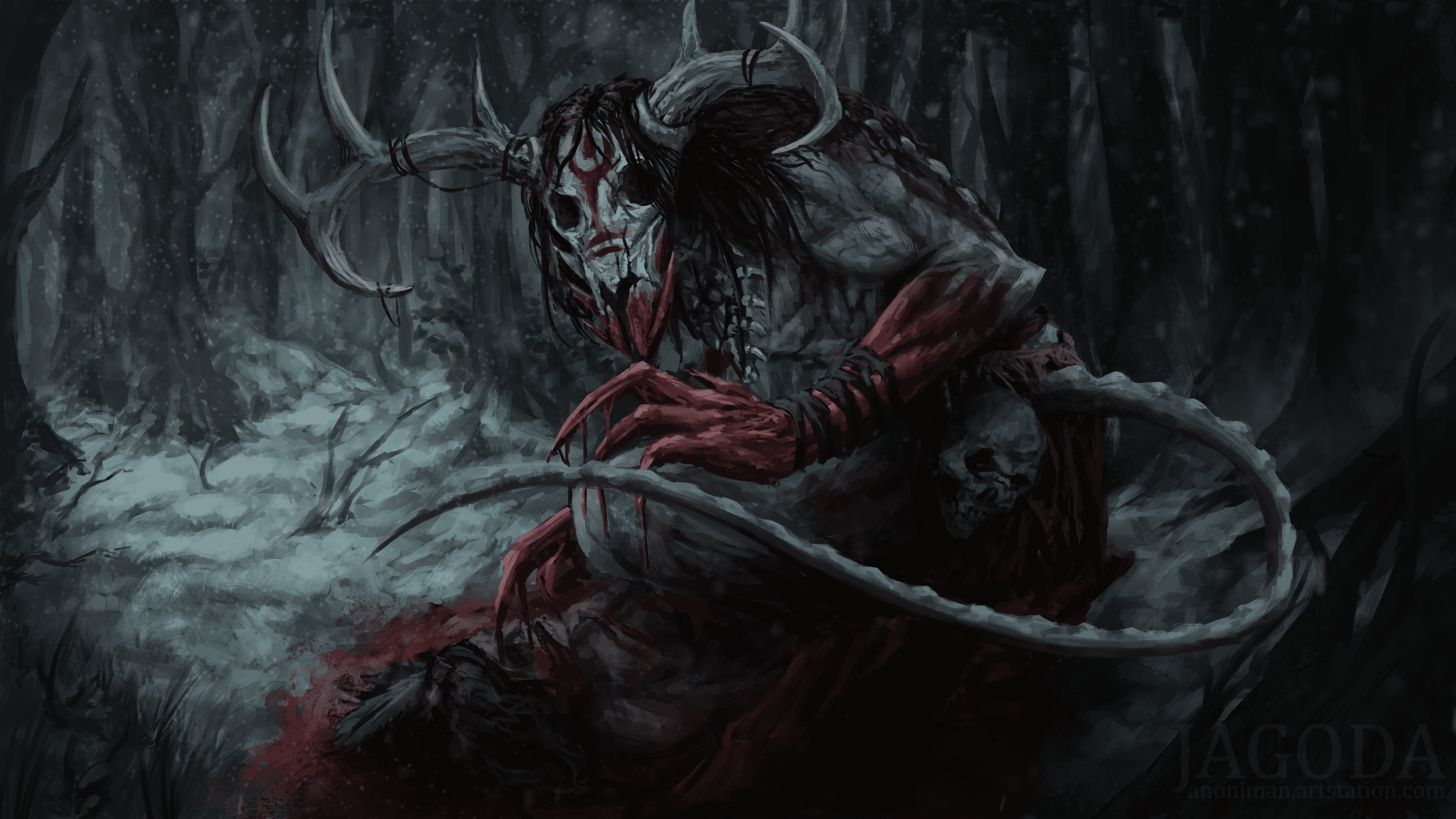 Digital Representation of the Wendigo

The Wendigo is a North American legend from Canada and the United States. The legends have origins in the Algonquin people, who describe the Wendigo as of two types. One of them it’s a spirit, while the other one is a physical being. The spirit of the Wendigo is a dark spirit that infests a man during the cold weather. It instills a desire to consume the flesh of fellow man, lingering in the mind of the one the spirit has already targeted.

The second type of wendigo is a physical Bing that is terrifying to look at. It is an evil beast that is the shell of a man who had been possessed by the spirit of the Wendigo a long time back. There are legends of people encountering both the spirit and the physical being. Though it is easy in the modern world to dismiss such claims, the disappearance of a large number of people in the National Parks, unexplained phenomena, and other strange occurrences have led people to believe that something exists in the woods after all.

The wendigo is first thought to have appeared after a hunter lost in the woods succumbed to hunger and killed a fellow man. He was thereafter cursed by the gods and considered an outcast with an undying hunger for human flash. In fact, the more he eats, the hungrier he gets. For this evil spirit, there never would be enough food.

Over the centuries since, there have been countless iterations of wendigos throughout literature. Wendigos are usually described as predatory creatures which spiderly arms and a 15-foot-tall emaciated figure. The wendigo also has gaunt, ashen-colored skin with lips peeled back, showing sharp, fang-like teeth.

The Wendigo is also said to be quite swift. It can cover hundreds of miles daily, even in bad weather. In fact, speed is one of its distinguishing traits. But what sets apart this terrifying force of nature from other beings is its ability to mimic the human voice perfectly. Wendigos usually hunt by mimicking the voices of loved ones when people are lost in the forest or while they are at the edge of the forest that is infested with wendigos.

Because it is always isolated, the wendigo is also known as the spirit of lonely places. At the turn of the 20th century, hundreds of lumberjacks went missing in the deep forest of Canada and the northern United States. Almost all of these cases were attributed to wendigos by the Algonquin people. With the advent of machines and electricity, this terrifying creature is thought to have moved deeper into the woods while staying alert and always on the watch for potential prey.

Though there aren’t many recorded cases of wendigos in history, when associating with wendigo stories, there is always one case that is mentioned. It is the case of Swift Runner, a Native American man who butchered and ate his family during the long winter of 1879. Though he claimed and pleaded that he had been possessed by the spirit of wendigo when he committed the crime, he was tried and hung for the murders, nonetheless.

Strangely enough, there have been similar reported cases around the world where people have credited the supernatural for their vile actions. 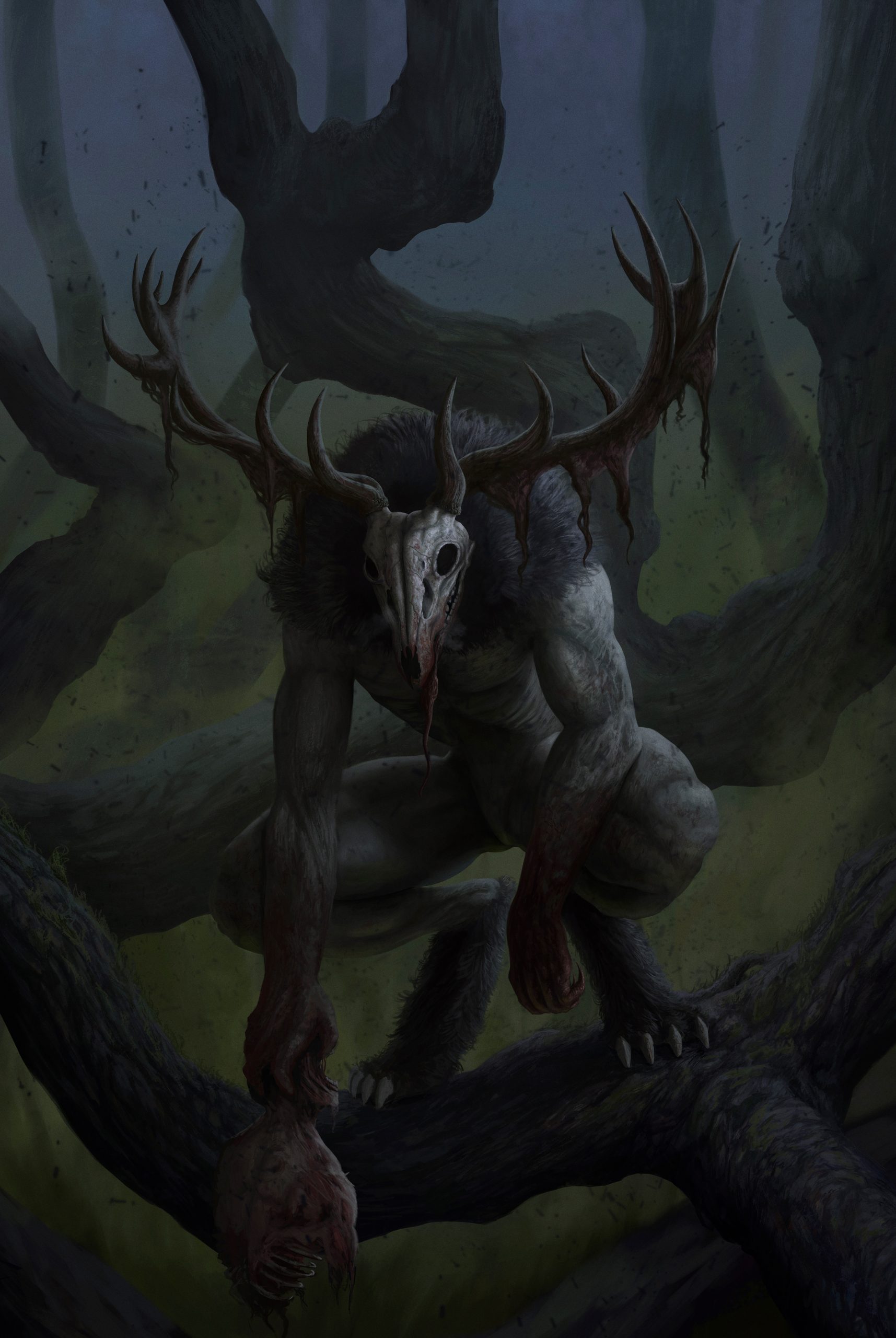 According to the Native American records, burning sage is an effective way of keeping Wendigos and Skinwalkers at bay. With no chance of outrunning or outgunning this savage beast, you need to be equipped with a silver stake, silver knives or swords, or any other weapon that is made of pure silver and has been handed down at least three generations.

Oftentimes, the best bet of survival is to simply avoid it. Wendigos are known for hibernating for extended periods of time, so if you have been hearing strange and interesting sounds from the forest lately, it is better to stay put and let whatever it is passed on. Do not let that high-caliber rifle instill some false courage into you. Wendigos are top-tier beasts when it comes to regenerating.

The trick to successfully finishing off a wendigo is to destroy its frozen heart by any means. The heart should be carved out and burnt. It should be placed inside a silver box and buried in a church cemetery. Further action should be taken to properly dispose of the body; usually by salting and burning it. The body should be dismembered and taken to different locations in the country, and the ashes should be either buried or scattered into the wind or river.

Best piece of advice? Never go looking for one.